Today was a beautiful day in west central Minnesota.  It was 75°, partly cloudy, and there was a refreshing breeze.  I started my day by going to a meeting at work.  I couldn’t resist taking pictures of some Tree Swallows in a yard next to the school. 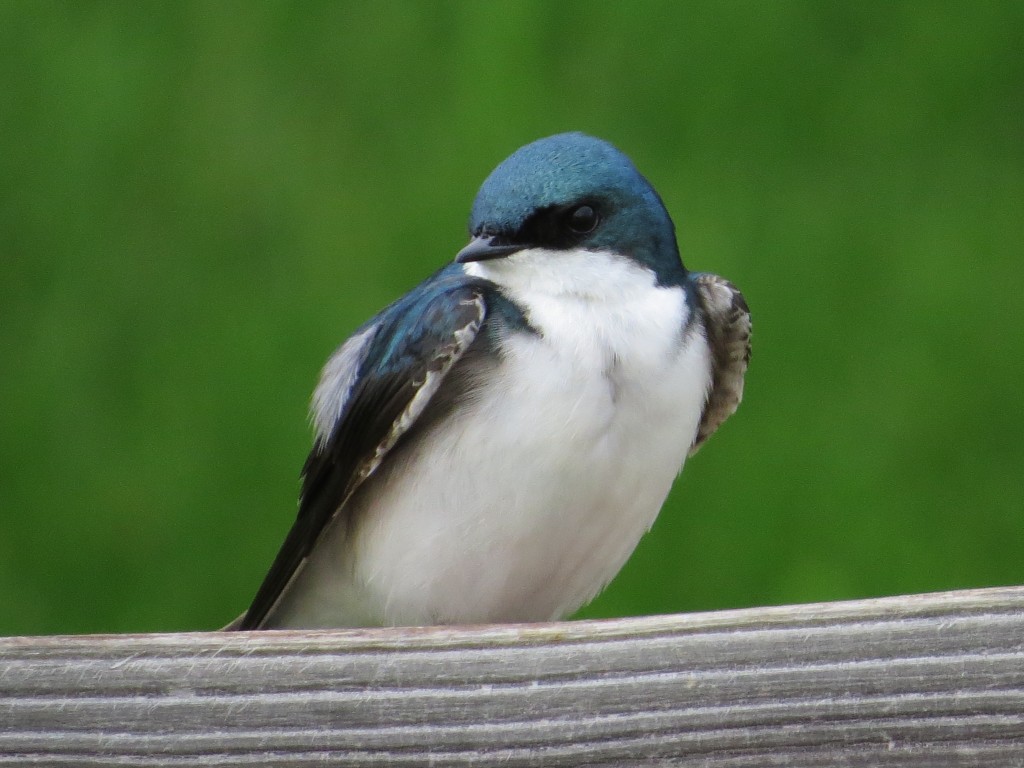 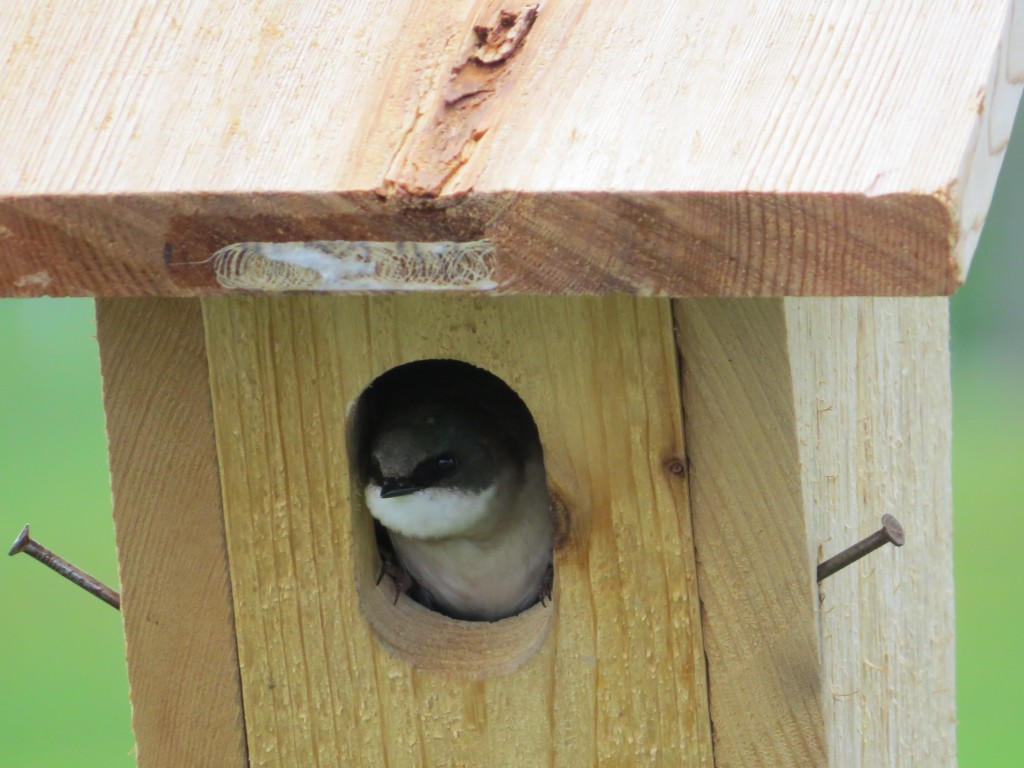 On my way home I stopped by a federal Waterfowl Production Area to do some life bird scouting for Evan.  I got my Bank Swallow lifer there last night, so I wanted to see if it was around again for Evan so we could look for it in the evening.  What was supposed to be a 5-minute stop turned into a hour-long photo shoot.  I don’t know if it was the beautiful day, the fact that I’m done with school, or that I had a really good meeting at work, but everything just looked bright and vivid today. Disclaimer: None of the birds in this post are life birds, so Evan didn’t miss out. 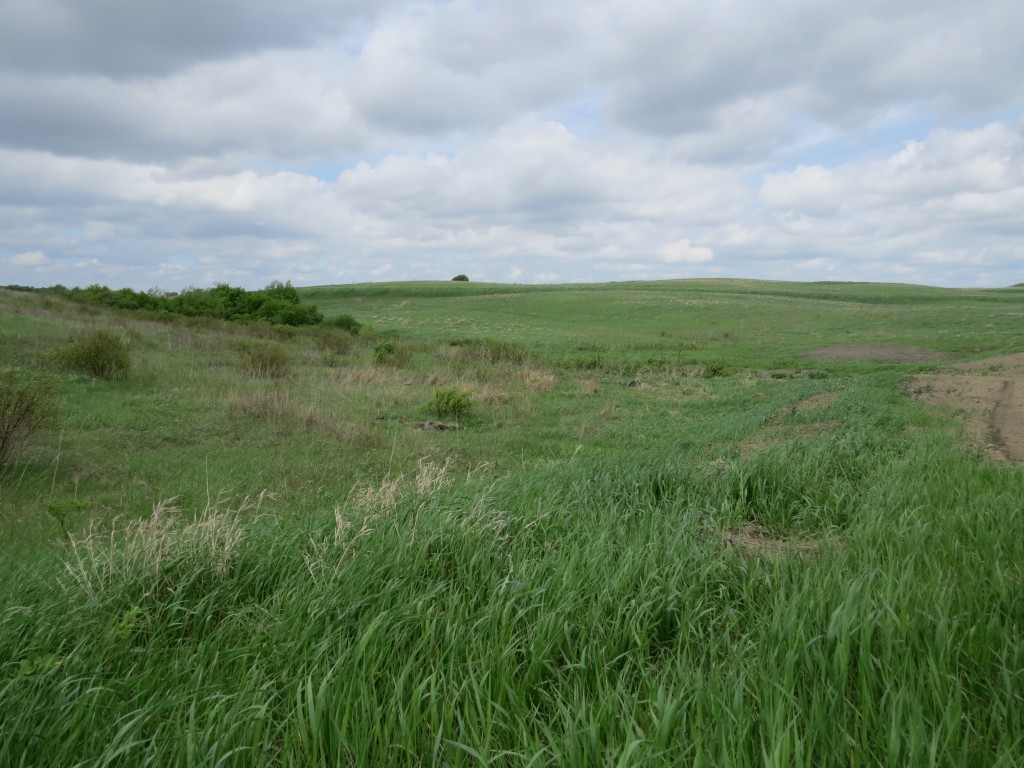 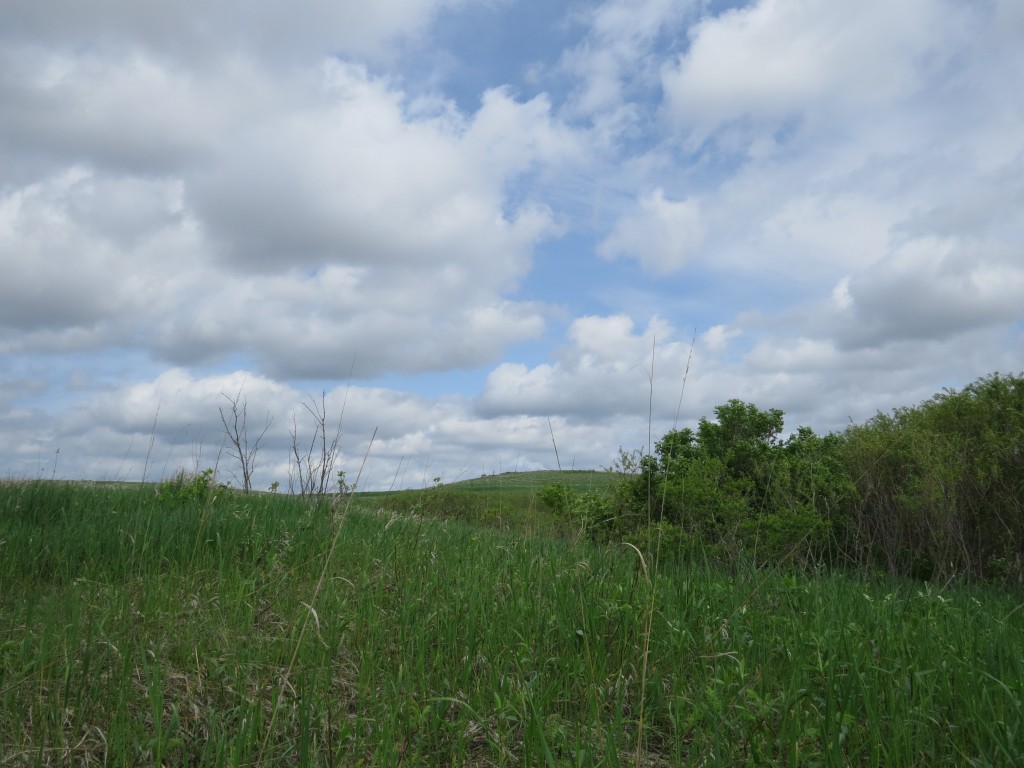 These next two warblers are special birds to me.  They are the first two birds I found on my first ever birding outing on my Dad’s property last year.  The first is the Common Yellowthroat. 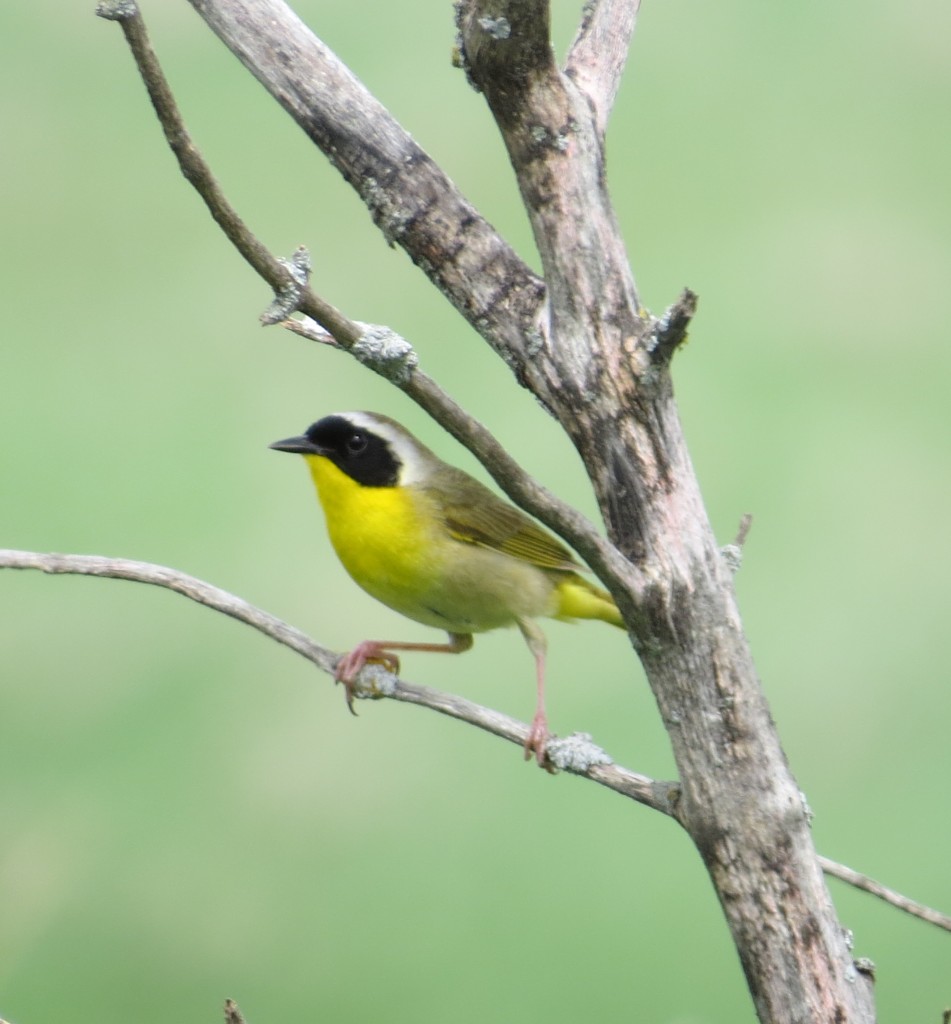 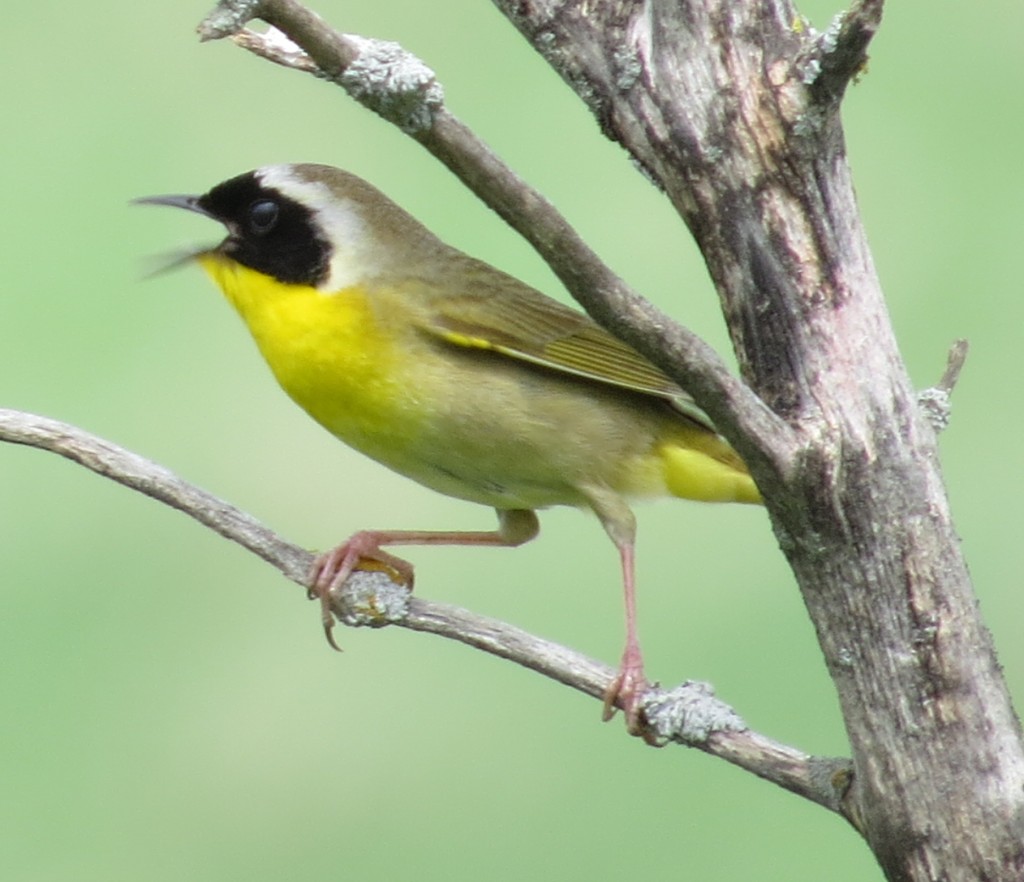 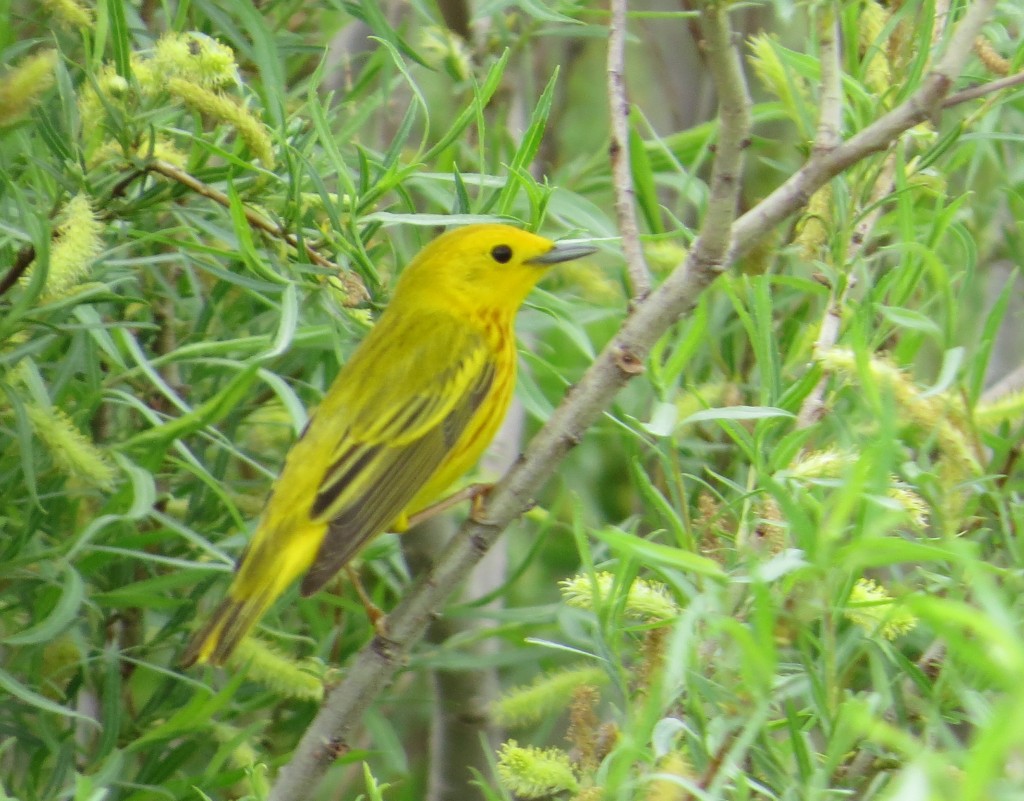 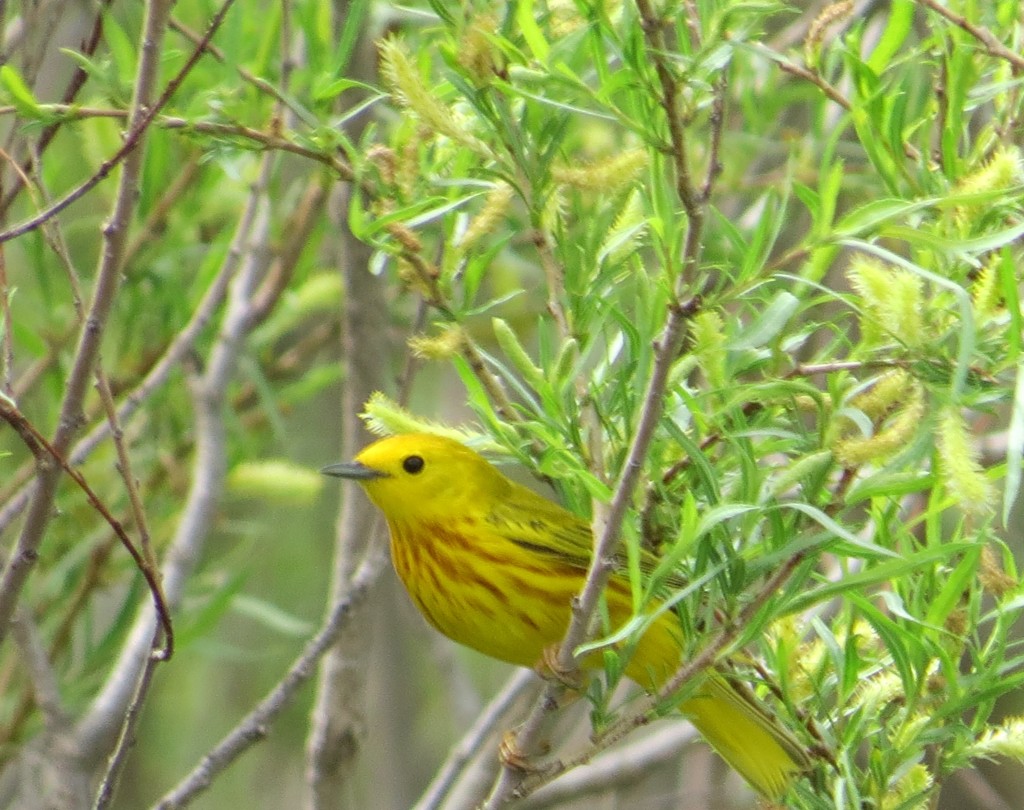 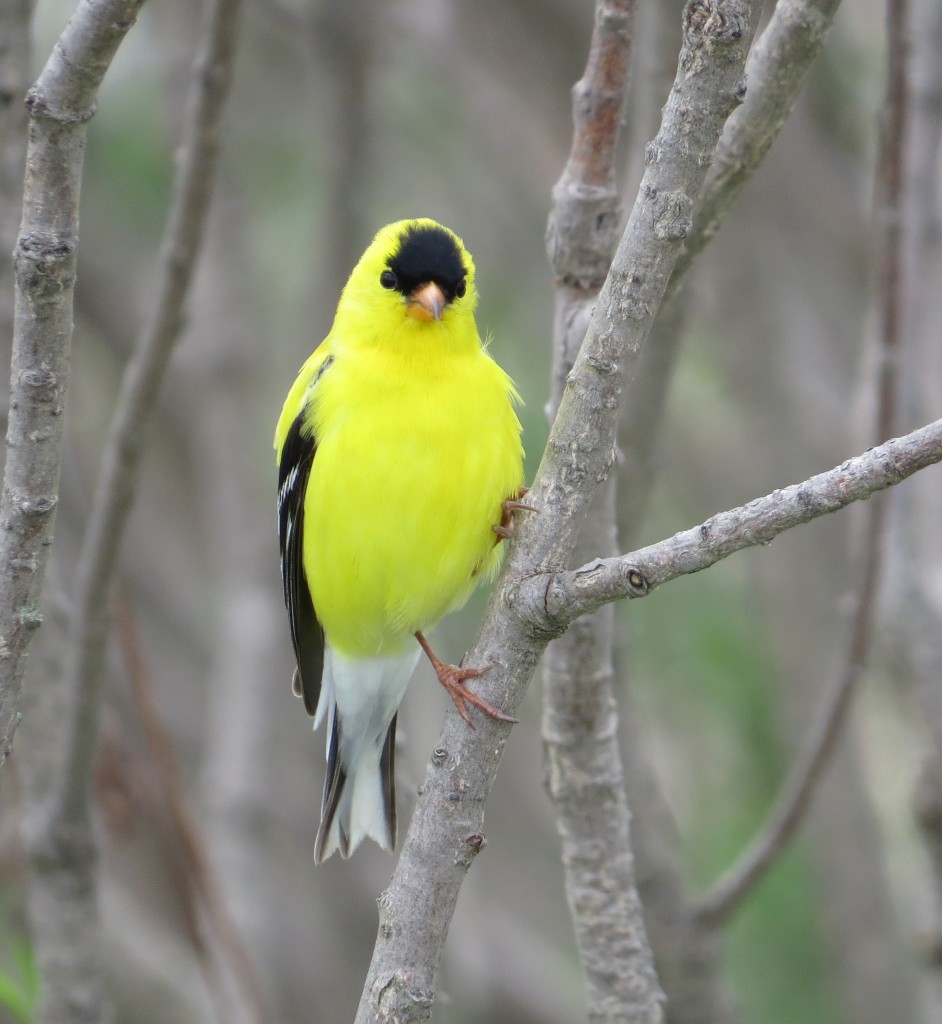 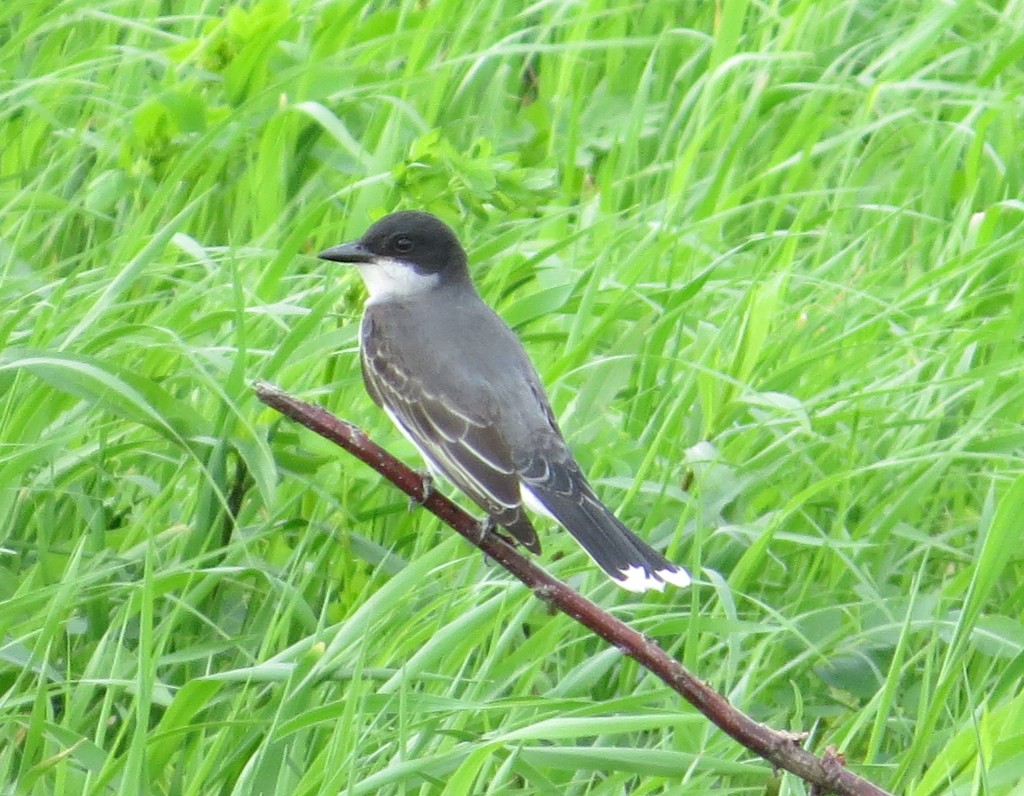 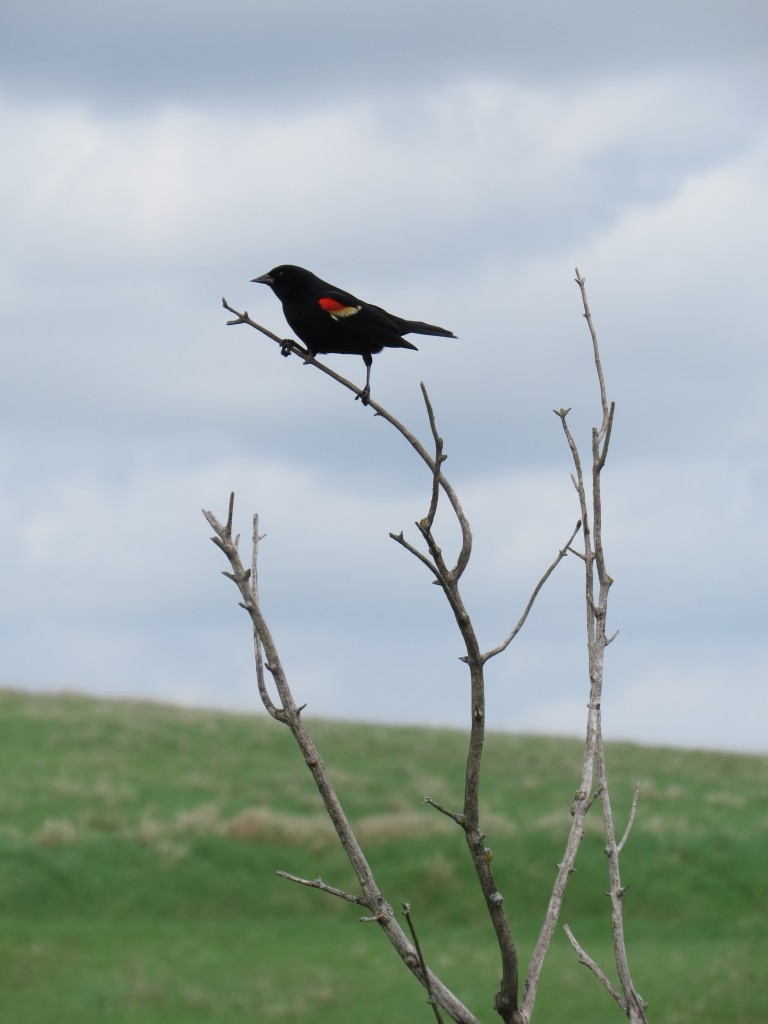 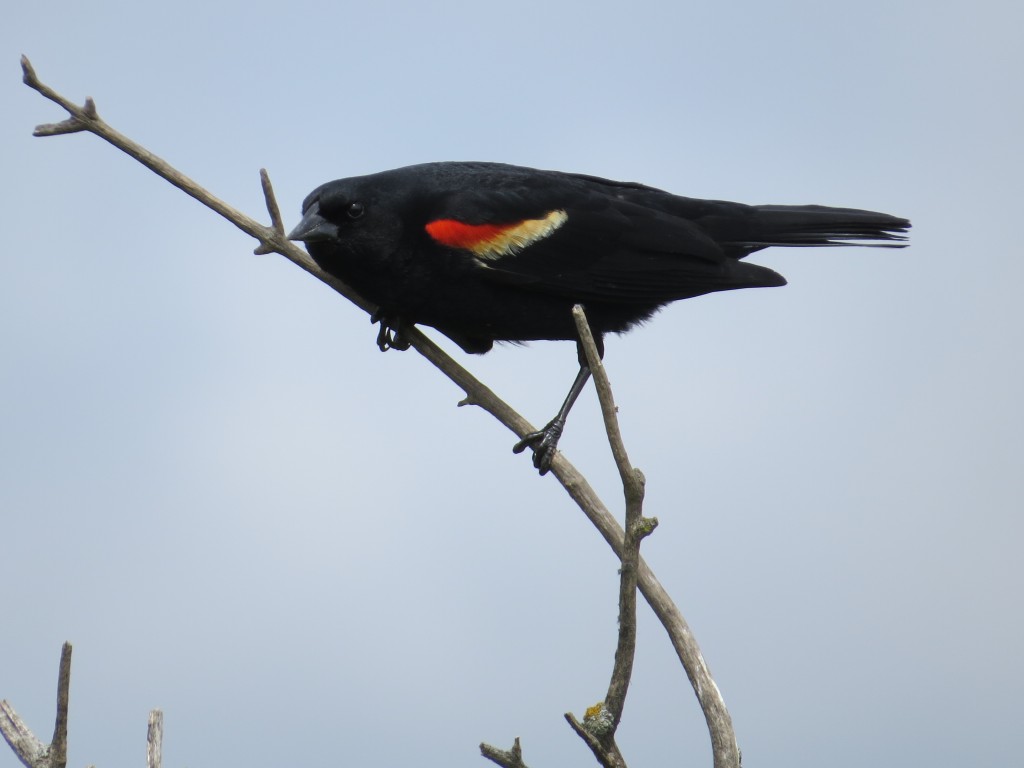 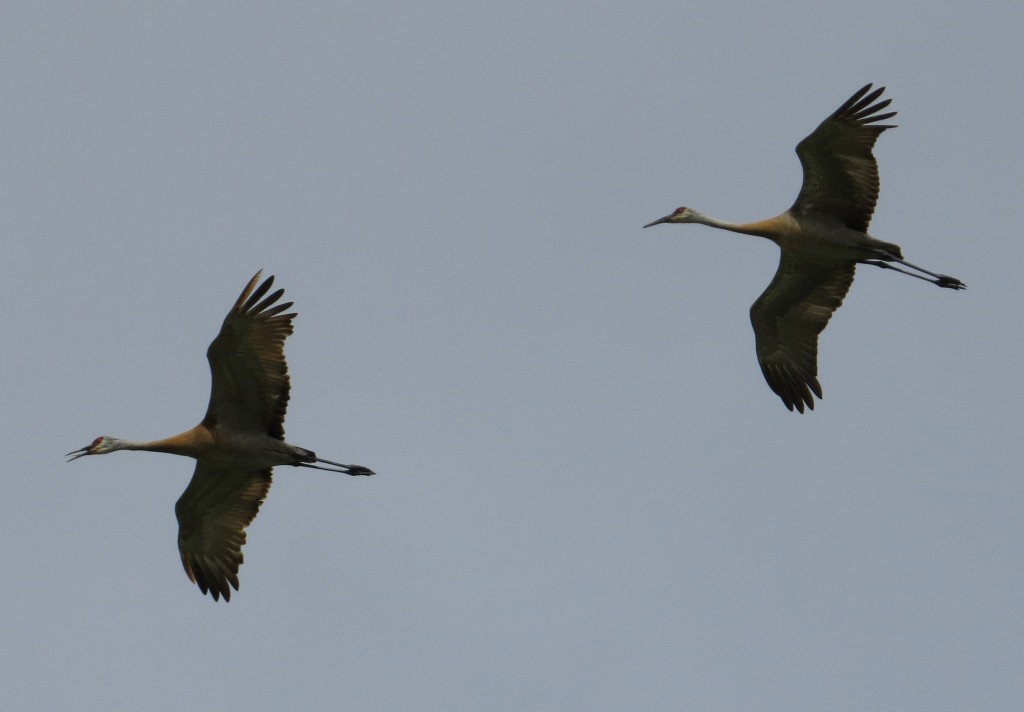 If you enjoy wildlife or just looking at the pictures above, I’d encourage you to buy a federal duck stamp.  The money from those stamps goes toward acquiring land like this for wildlife. As you can see, you don’t have to be a duck hunter to reap the benefits.  It is an investment in conservation and money well-spent.

After this photo shoot on the prairie, I picked up Marin from daycare to go on a Daddy-daughter date.  We bought some chocolate shakes, and when I asked her what park she wanted to go to, she said, “The birding one!”  So we went to Robbins Island. Birding was not on the agenda.  I promise.  We played and played at the playgrounds there.  It was an absolutely perfect day with amazing weather, lovely scenery, and a great kid. 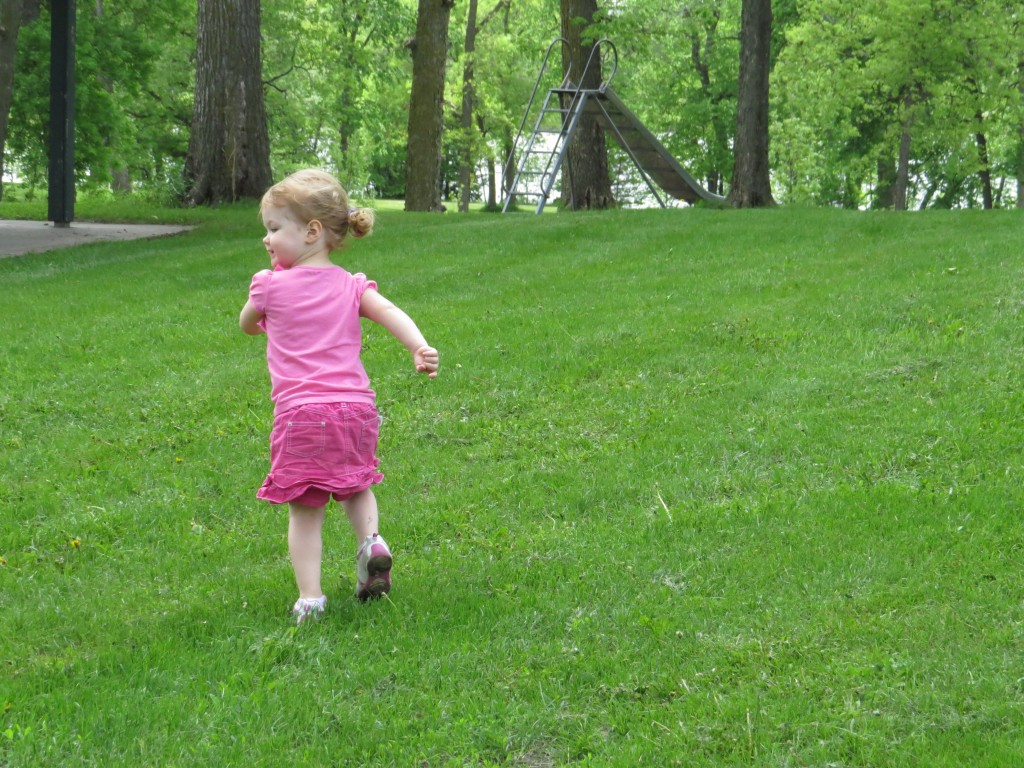 As we drove out of the park, a tree by the road was crawling with tons of birds.  It was a roving flock of dozens of Cedar Waxwings with a few Eastern Kingbirds mixed in.  They kept appearing out of nowhere and landing in this oak tree by us only to fly off somewhere else moments later.  Each one that left was replaced by another until 5 minutes later we didn’t see any birds at all.  We were in the right place at the right time, and I had my camera with me.  I’ve heard about waxwings moving in and out of places in huge flocks in a short amount of time, but this was the first time I’d ever experienced it.  I got many photo-ops of these gorgeous birds. 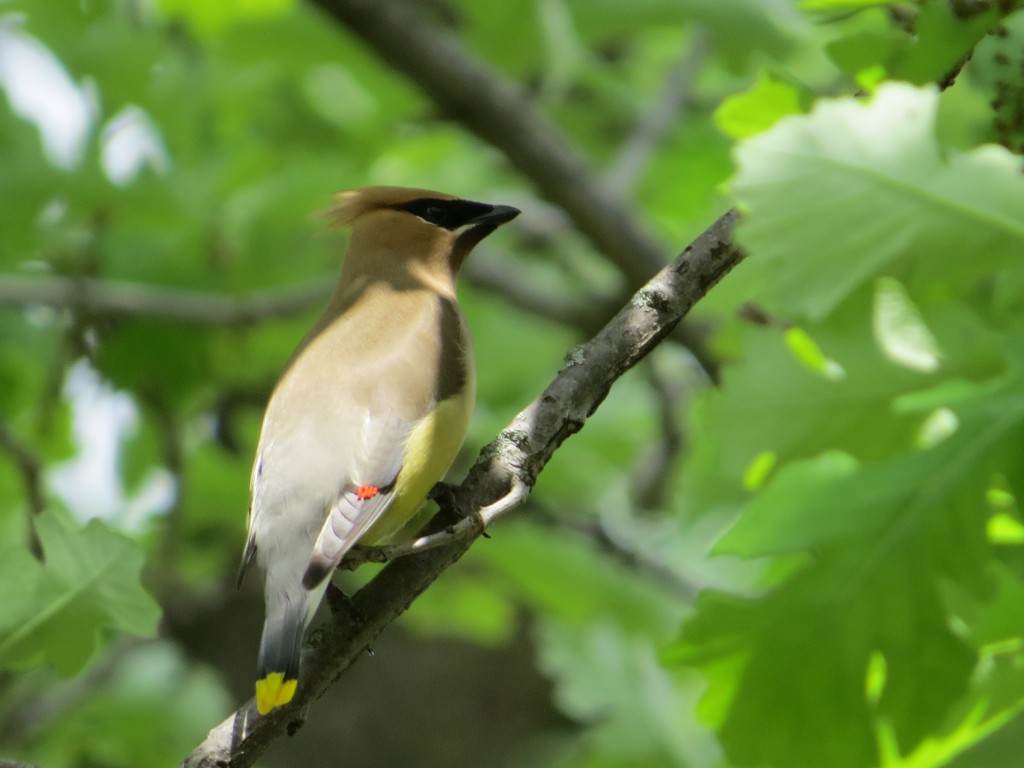 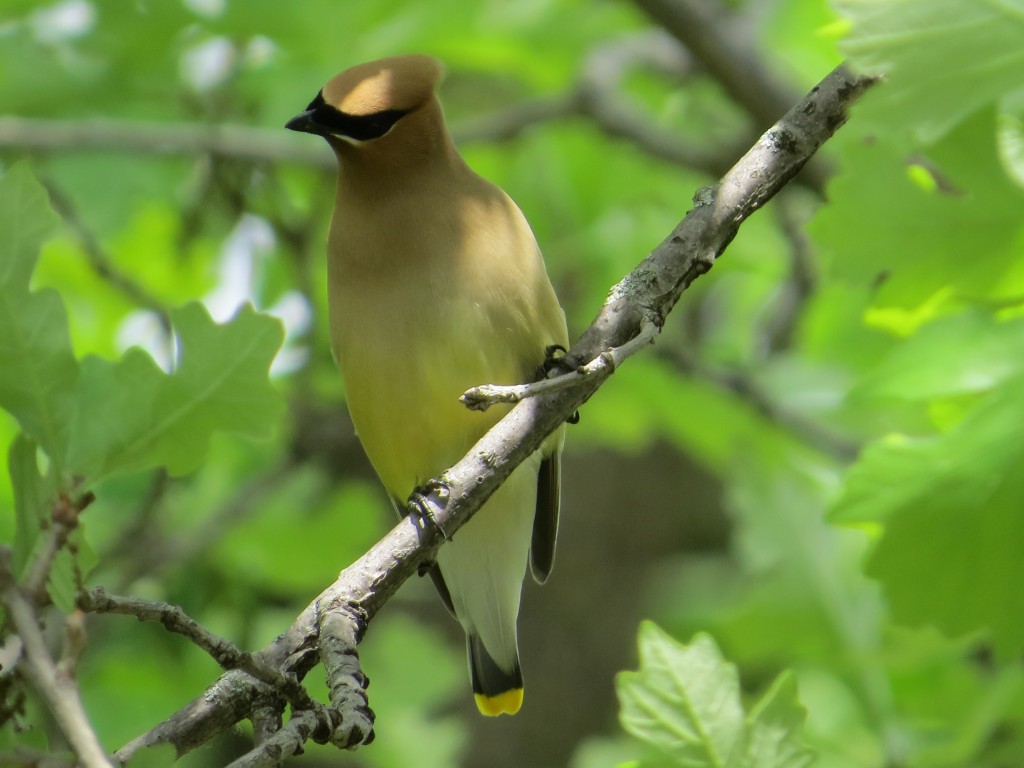 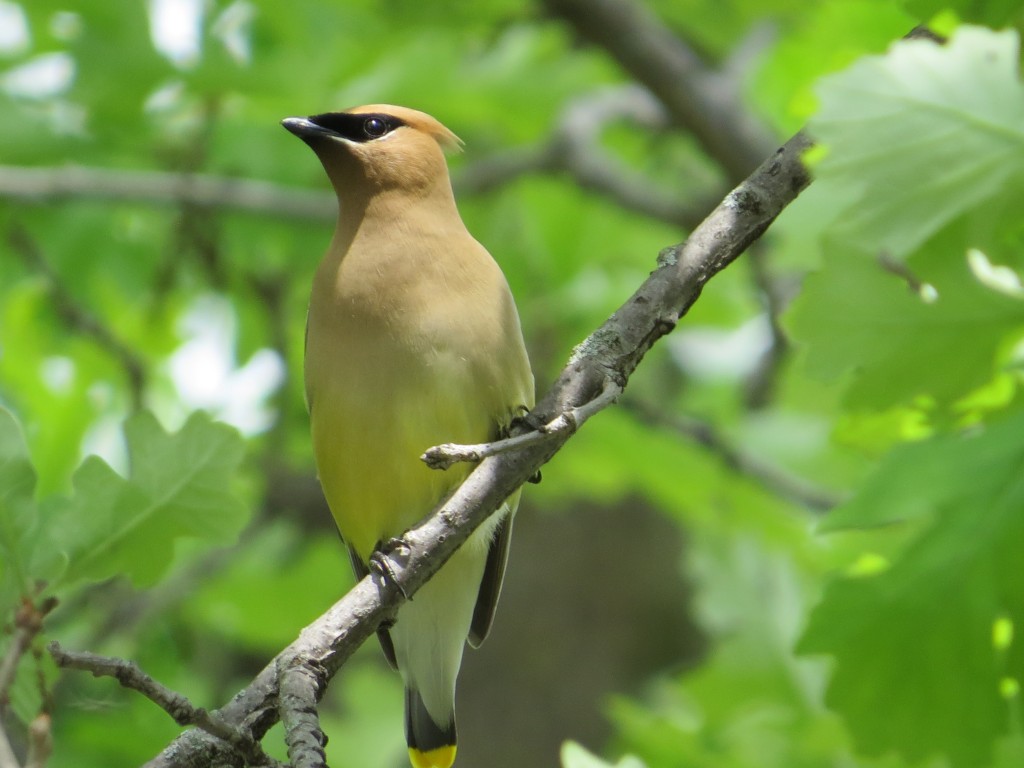 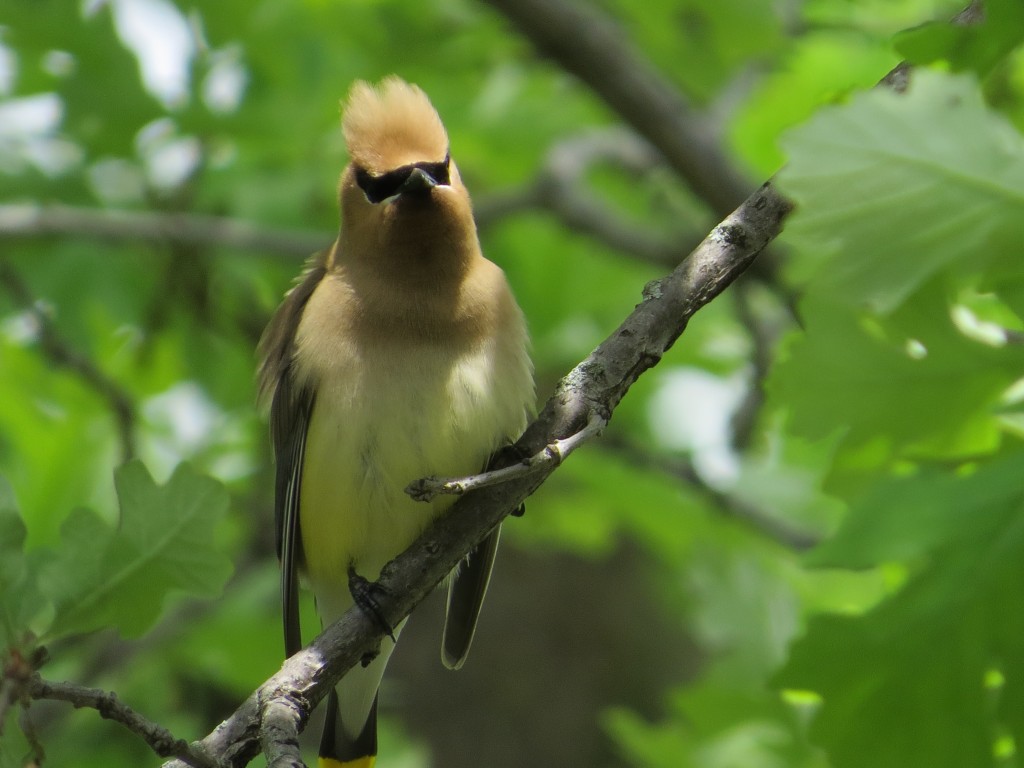 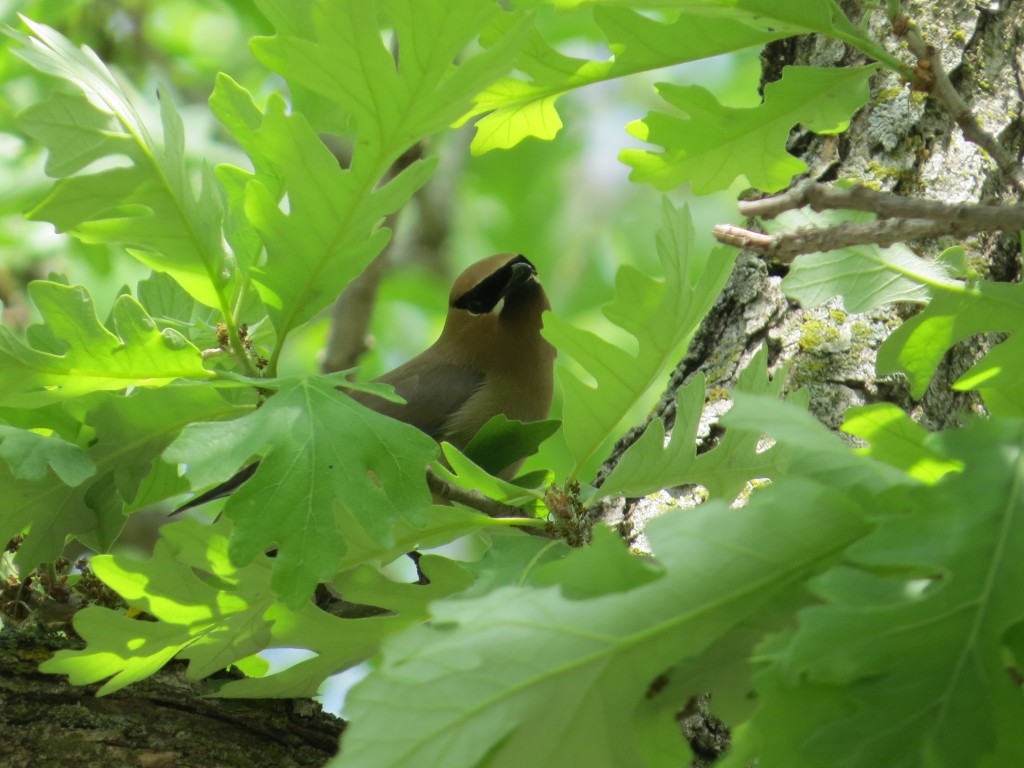 The urgency to try to get some of the last migrating birds heading north was only increased by the weather forecast for the week: rain every day.  It wasn’t supposed to start until 9 AM this morning, so we had a limited window to get out birding.  I woke up early to a light spitting from the sky.  It was good enough to go.  After letting Evan sleep in a little bit, we headed back to Robbins Island.  It was cold, but we were dry.  We were on the hunt for the Blue-headed Vireo and the Black-throated Green Warbler. 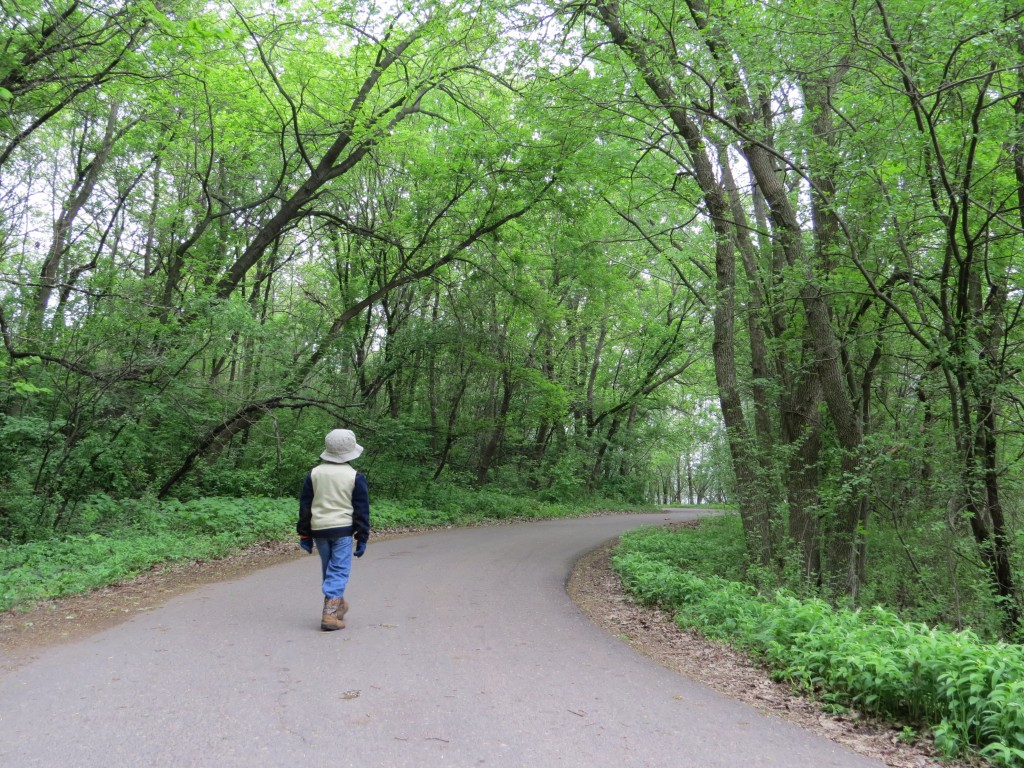 There wasn’t much new this morning.  The flycatchers of the Empidonax genus were everywhere.  These “Empids” are practically indistinguishable except by voice.  There are four or five possible species we could get in our area during migration. Even though we were armed with a limited knowledge of their calls, none of them were making a noise which made it impossible for us to make an identification.  Until we can nail one down with certainty, we will refrain from putting it on the life list.

There was one flycatcher that caught my attention as it perched on a branch.  From my studying, I immediately recognized the white stripe running down the center of the breast of this guy. 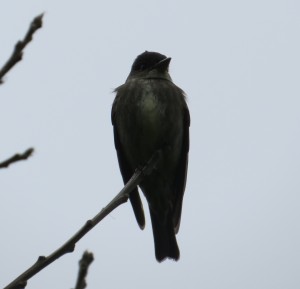 This unbuttoned-vest look is a classic field mark of the Olive-sided Flycatcher.  This was a life bird for us and a migrating bird at that.  They will not be around in the summer. Shortly after this we found another.  It was fun to watch them fly out, grab an insect, and fly right back to the same perch, over and over again. 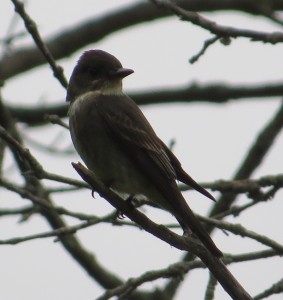 After awhile, Evan grew tired of being out, so we headed home.  After lunch and some down time to play, the kids and I headed back to the park to try one more time for our targets of the Blue-headed Vireo and Black-throated Green Warbler.  The forecast had changed to just cloudy for the day, and Melissa needed some peace and quiet to get some papers graded anyway.  Both of my little birders were enthusiastic to go, and they each had their own sense of style for dressing for the field. 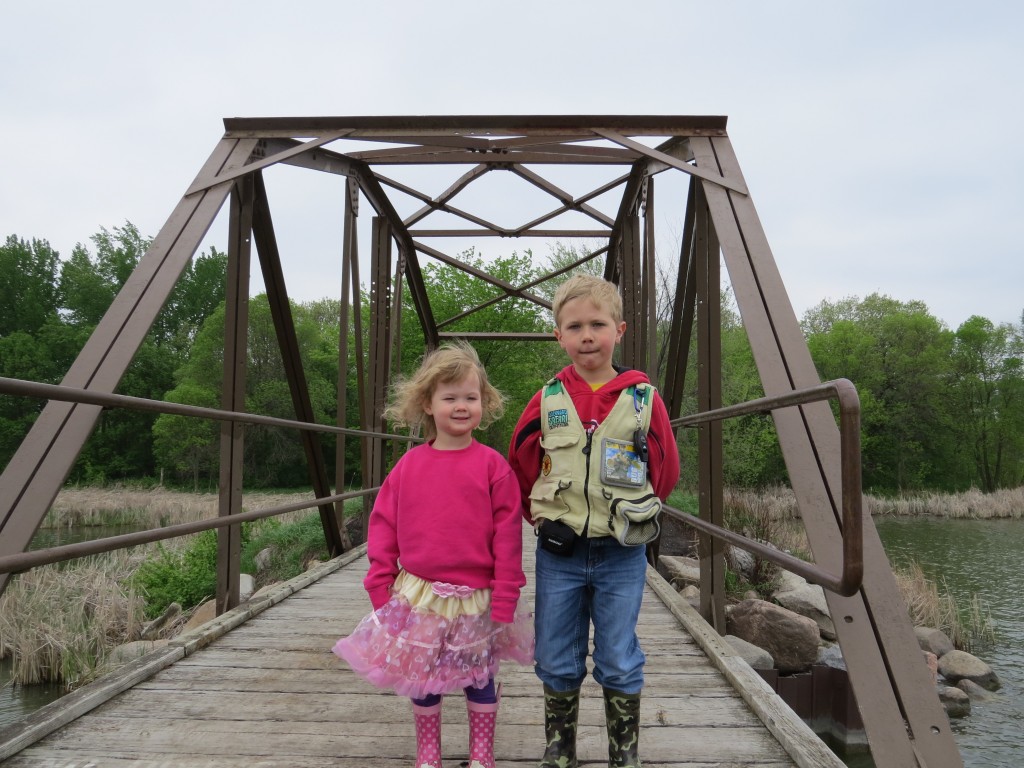 Skirts or not, there is no slowing this girl down as we ventured into a marsh where our target, the Blue-headed Vireo, had been seen just yesterday evening. 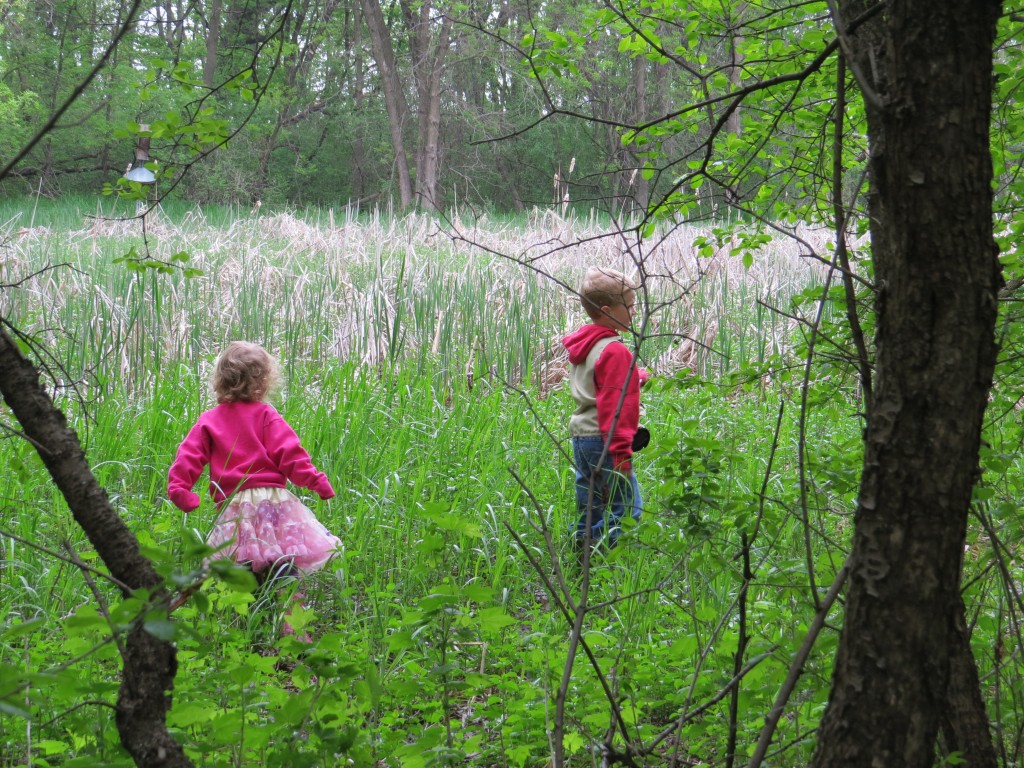 One thing we had to do was head down to the water again to skip rocks.  Along the way I was pleased to find a male Bay-breasted Warbler and a female Blackburnian Warbler. As the kids played by the water, I was able to study the swallows flying over the lake a little more closely.  One of them was one we needed – the Northern Rough-winged Swallow.  This is a summer resident, but it was still nice to add a life bird.

The kids were great sports as we walked, stopped often, and looked at distant birds.  It was time for them to have some fun, so we made our way to the playground.  However, one of the birds we stopped for was a new bird and a passer-through: the Philadelphia Vireo. 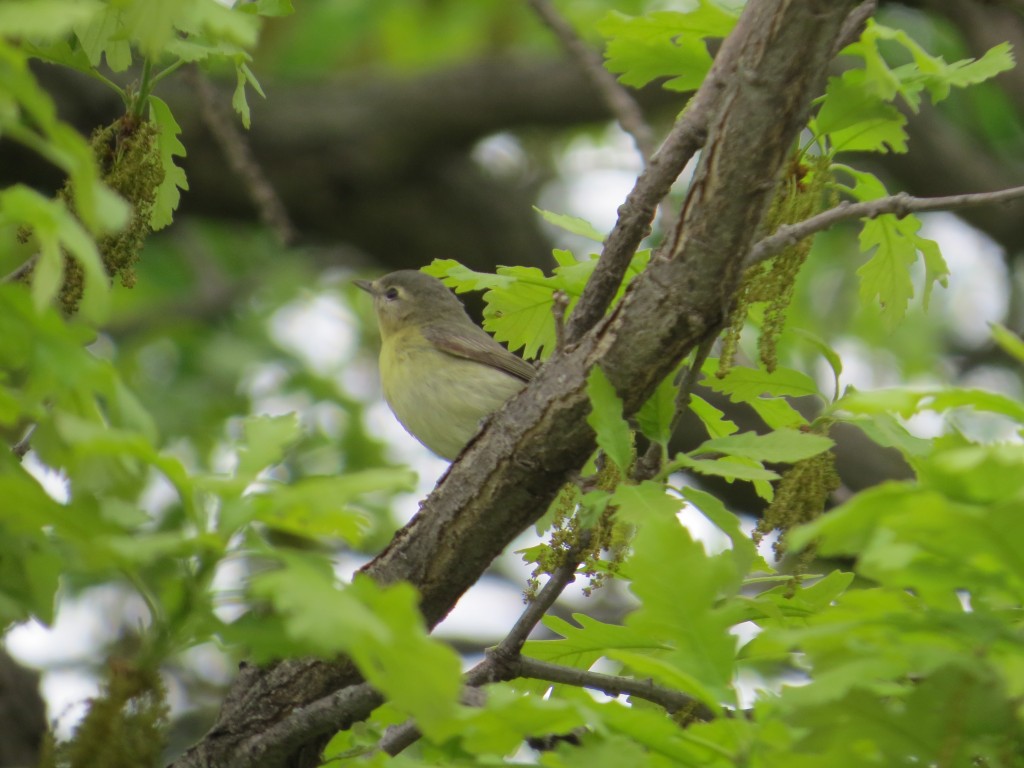 It was finally time to get to the playground.  Three life birds weren’t the only triumph of Evan’s day.  Nope, today he conquered the monkey bars and made it all the way across to the platform! 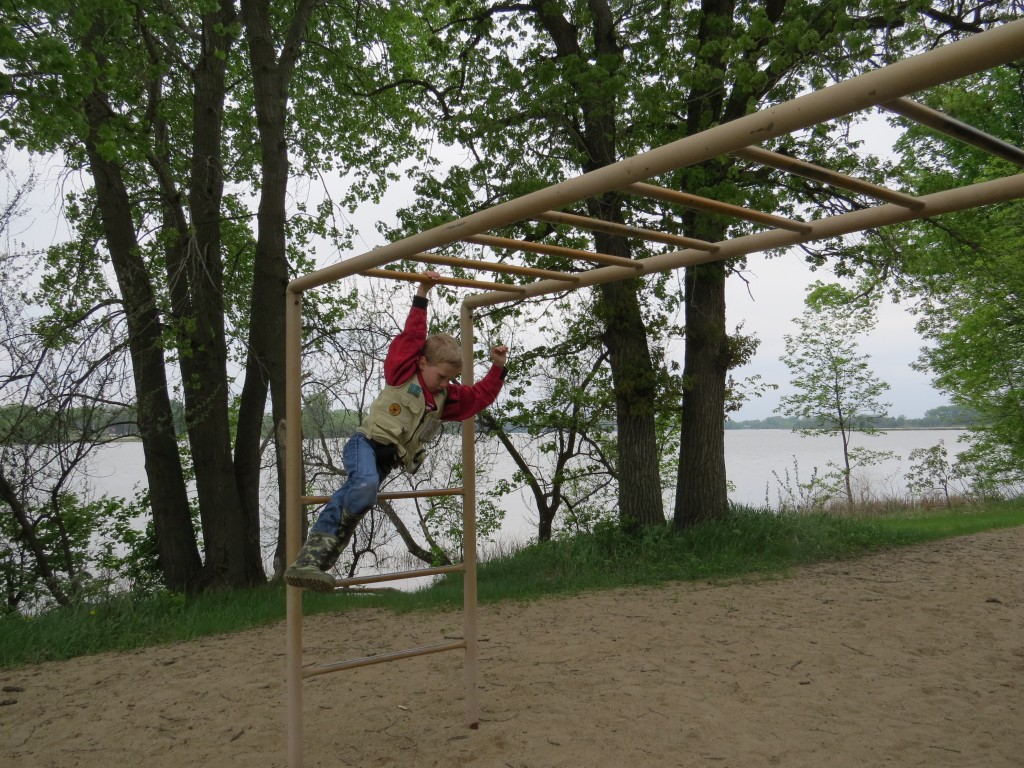 We ended our day at Robbins Island by finding an unexpected, active warbler – the Yellow-rumped Warbler.  What’s it still doing here?  We haven’t seen one for two weeks now. 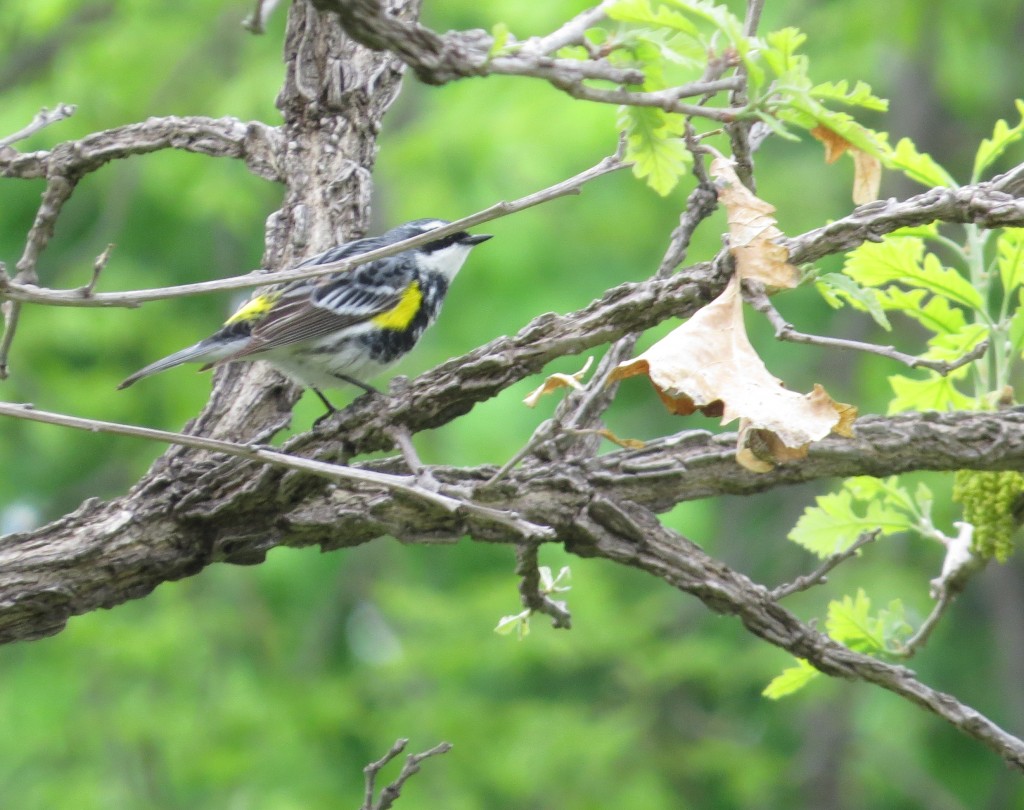 We didn’t get either of our targets today.  As much as I want to see the Blue-headed Vireo and the Black-throated Green Warbler, the thrill of the hunt lives on.  Besides, we always find a lot of other good birds (both lifers and familiar ones) that aren’t on our short list. Not only that, but there are two less species that will not pass us by this migration.  That itself is a victory.