Today, 2 November, as I traveled west on Kandiyohi CR 19, there was a large raptor  perched on a pole.  Initially I thought it was just one of the ubiquitous Red-tailed Hawks in the area, but as I drove by the GISS for Red-tail was off, way off.  I stopped to take a look.  I was struck by the heavy streaking on the breast.  Coupled with the bird’s size, I thought I might be dealing with a juvenile Northern Goshawk, so I proceeded to take lots of photos.  I looked at my photos and compared them to photos of juvenile Goshawks, and they weren’t a match.  Then it dawned on me that the face looked kind of like a Peregrine Falcon.  I assumed it was a Peregrine and posted it as such in the Facbook Group, MN Heartland Birding+.  Bob Dunlap questioned me on the bird’s size because he was not getting a Peregrine impression and said the gray cheek and weak mustache was leading him toward the Gyrfalcon.

So here are all the photos that I took.  None of them have been cropped.  Gyr had not even entered my mind as a remote possibility.  If it had, I would have worked for more photos and better photos.  Regarding the behavior of the bird, it never flushed during the three or four times I drove by it and stopped to take pictures.  I came out about 45 minutes later, and the bird was not there.  This was about 3 miles east of US 71, just SE of Willmar. 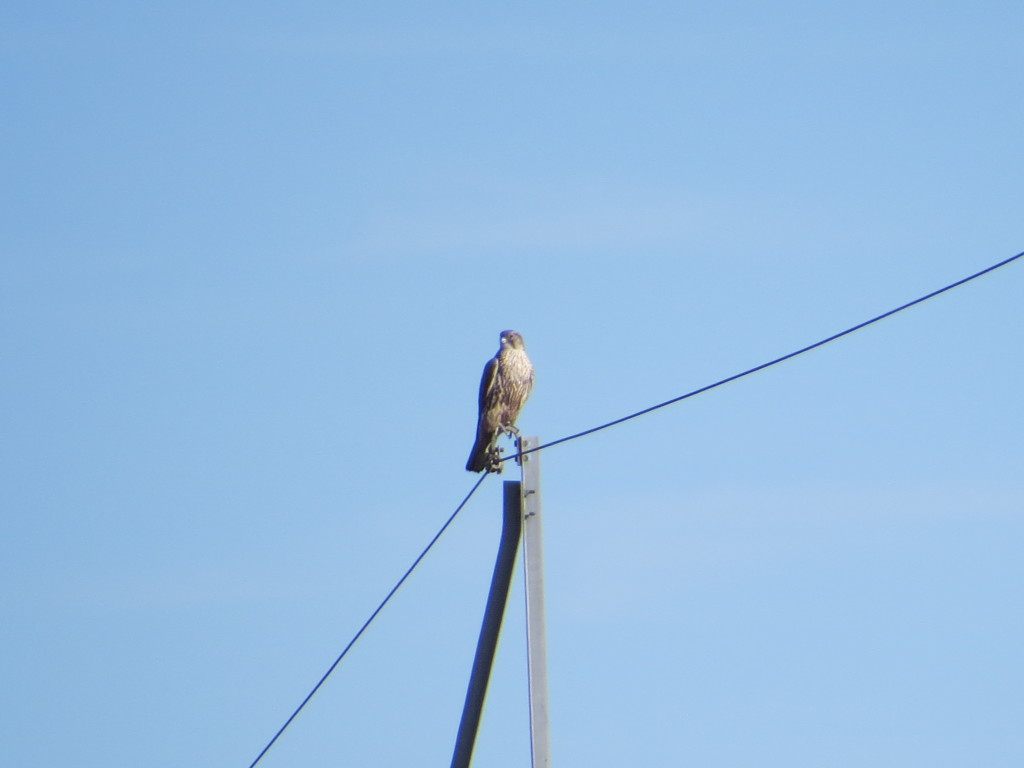 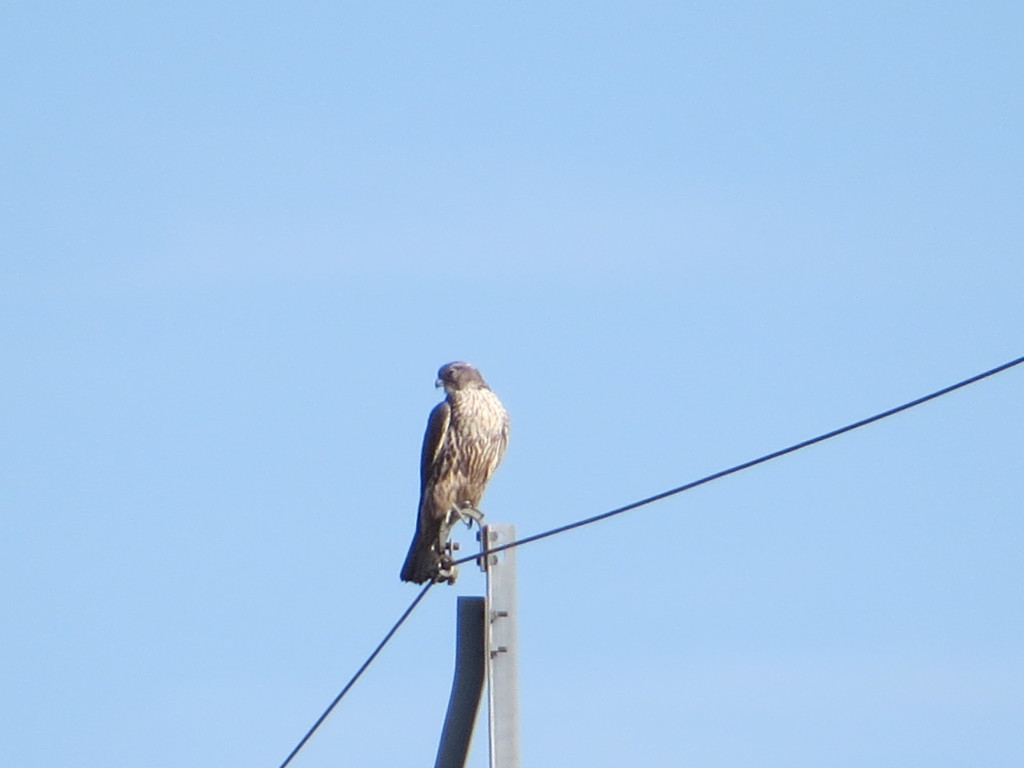 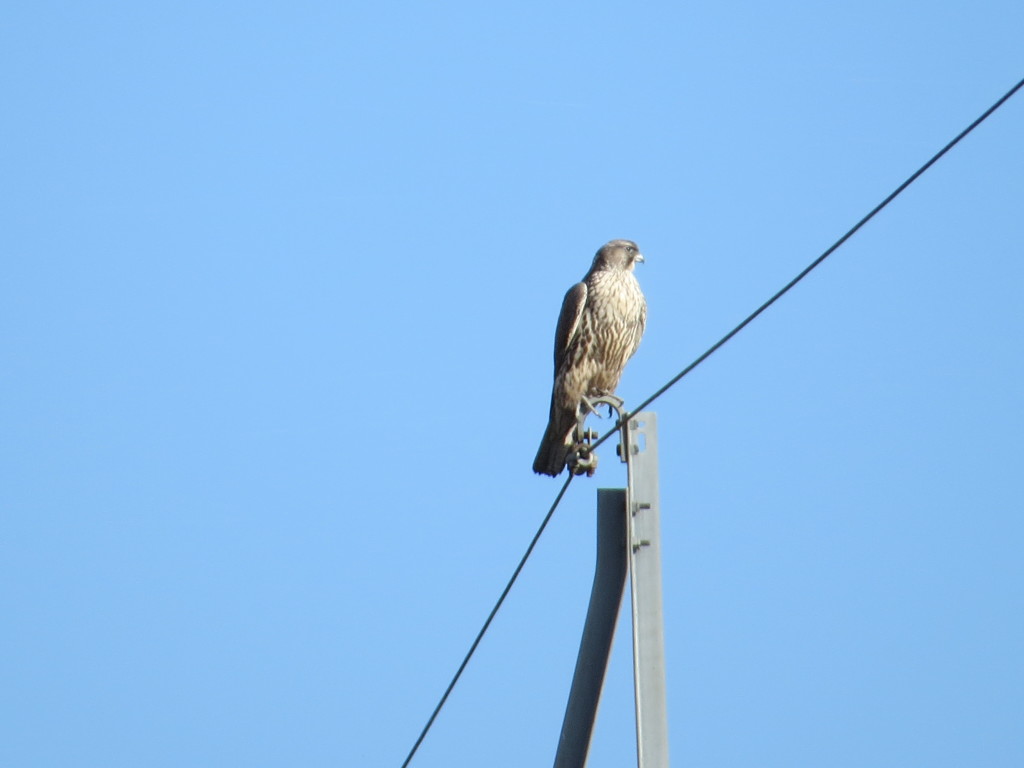 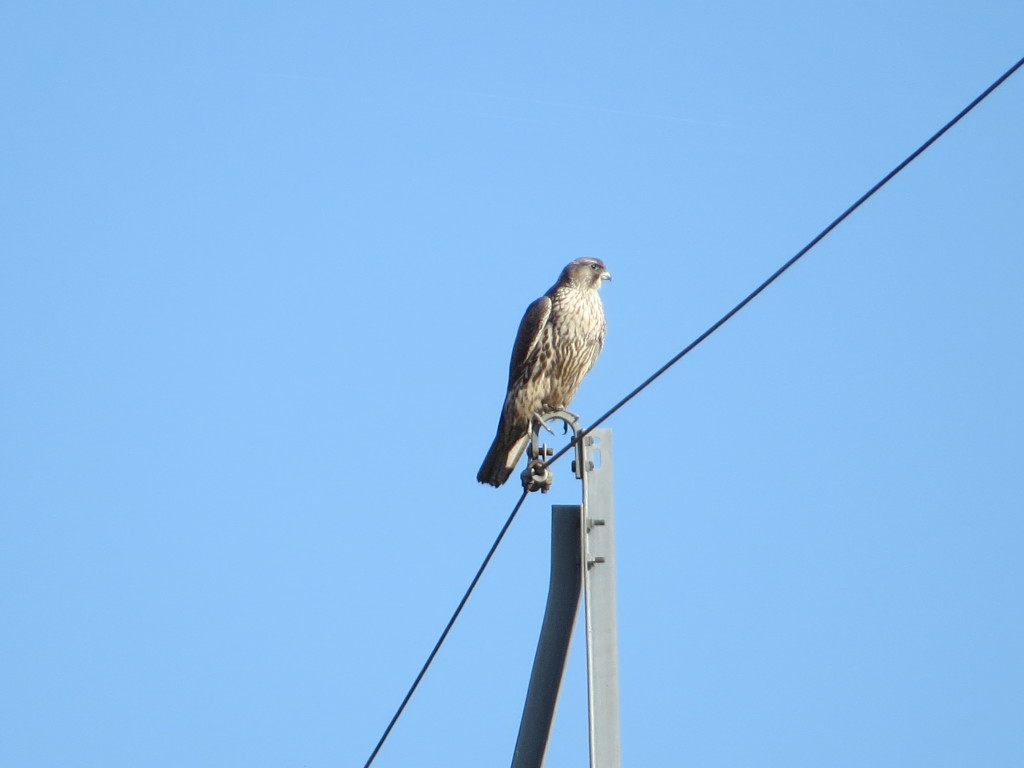 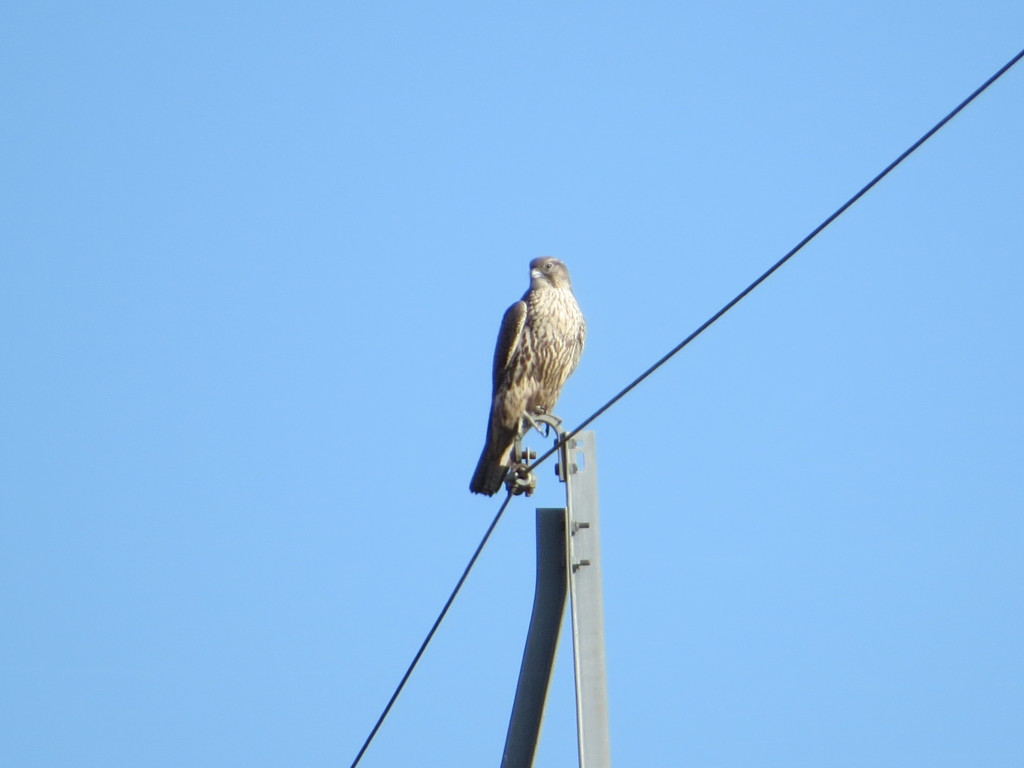 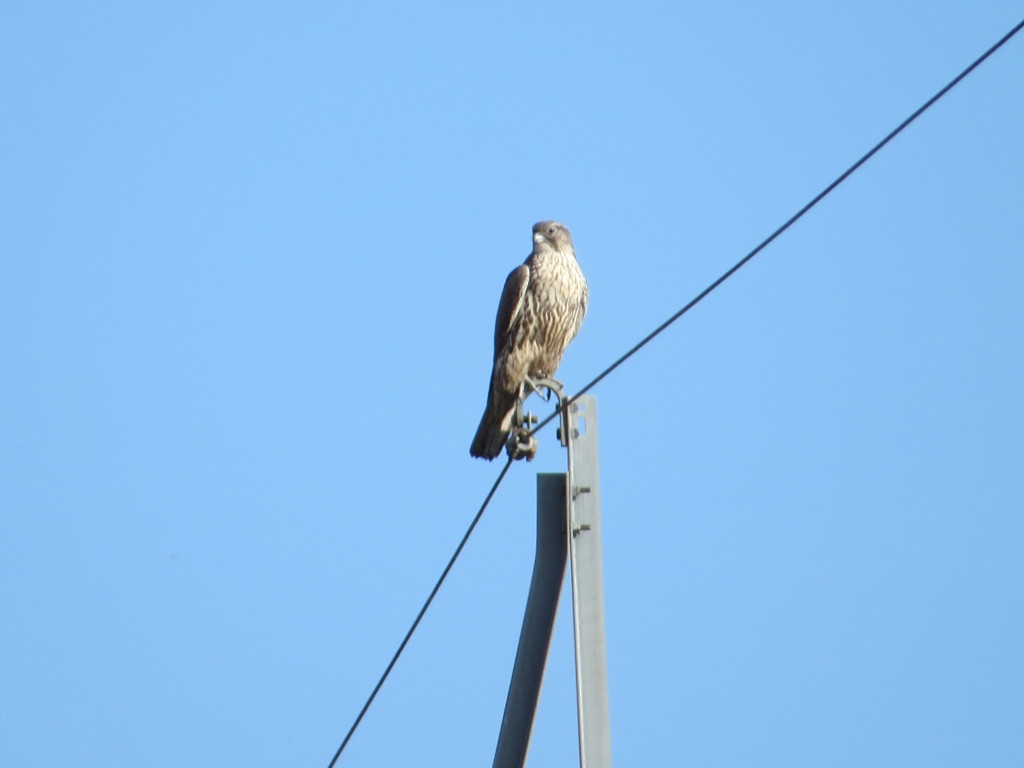 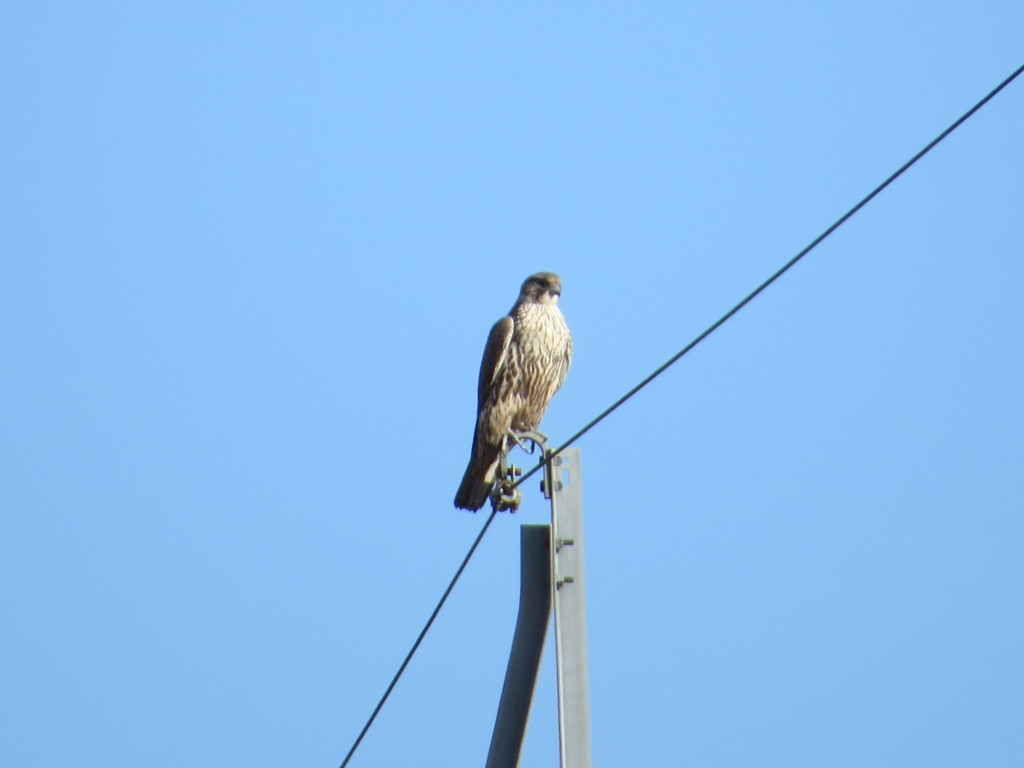 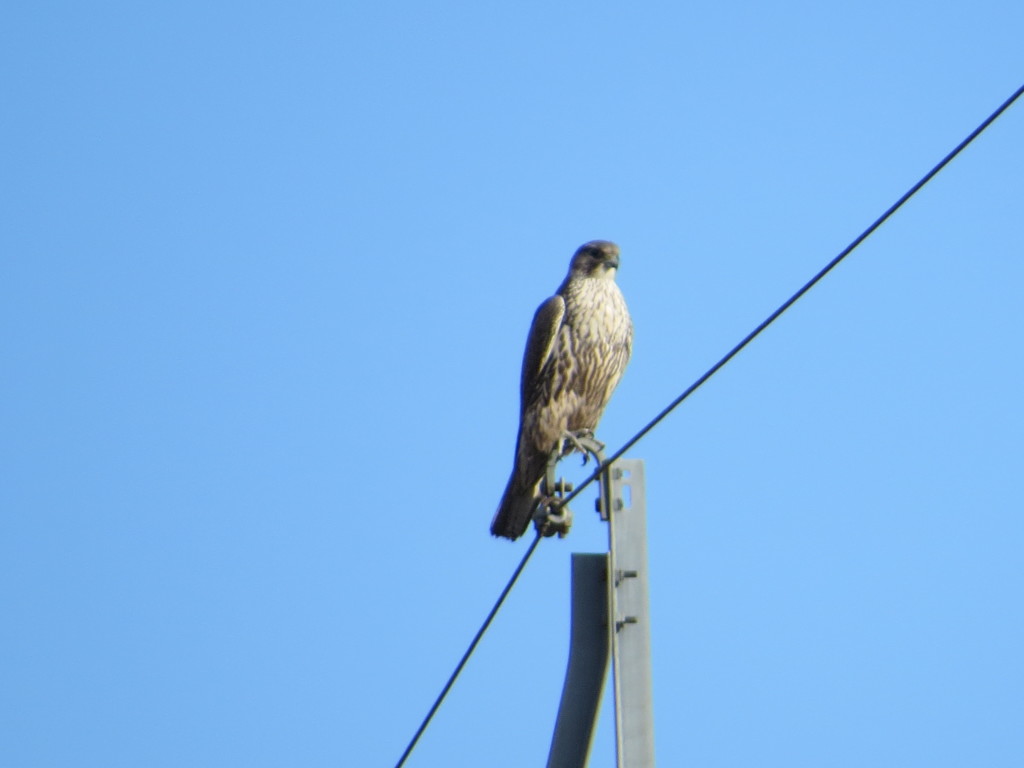 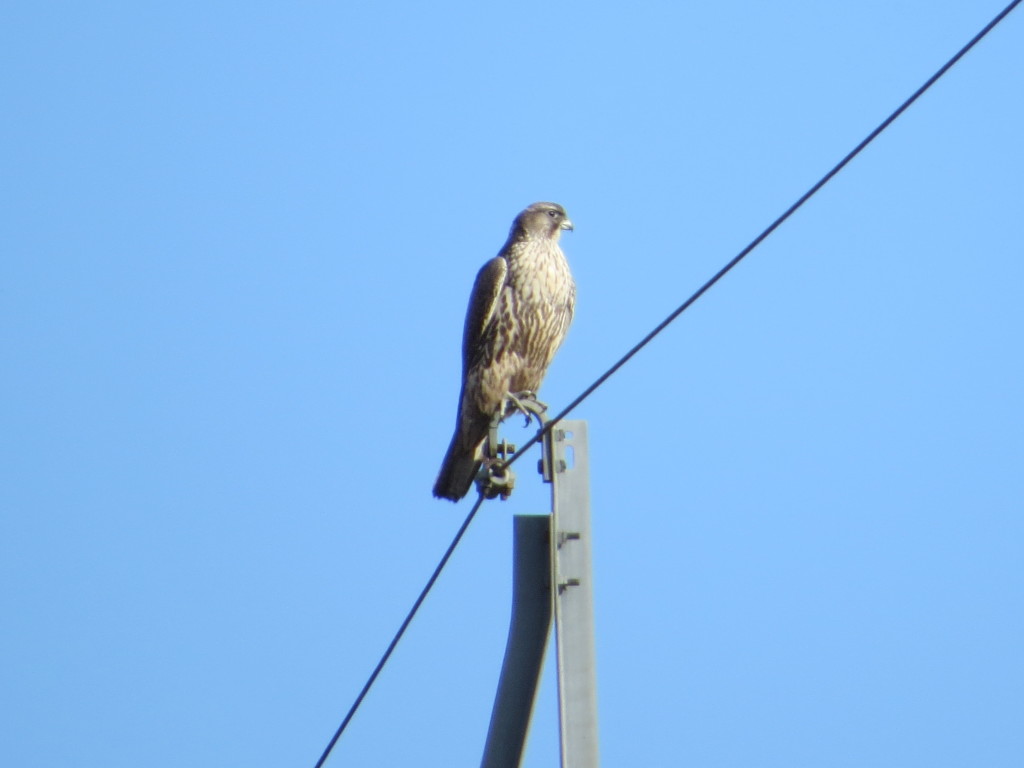 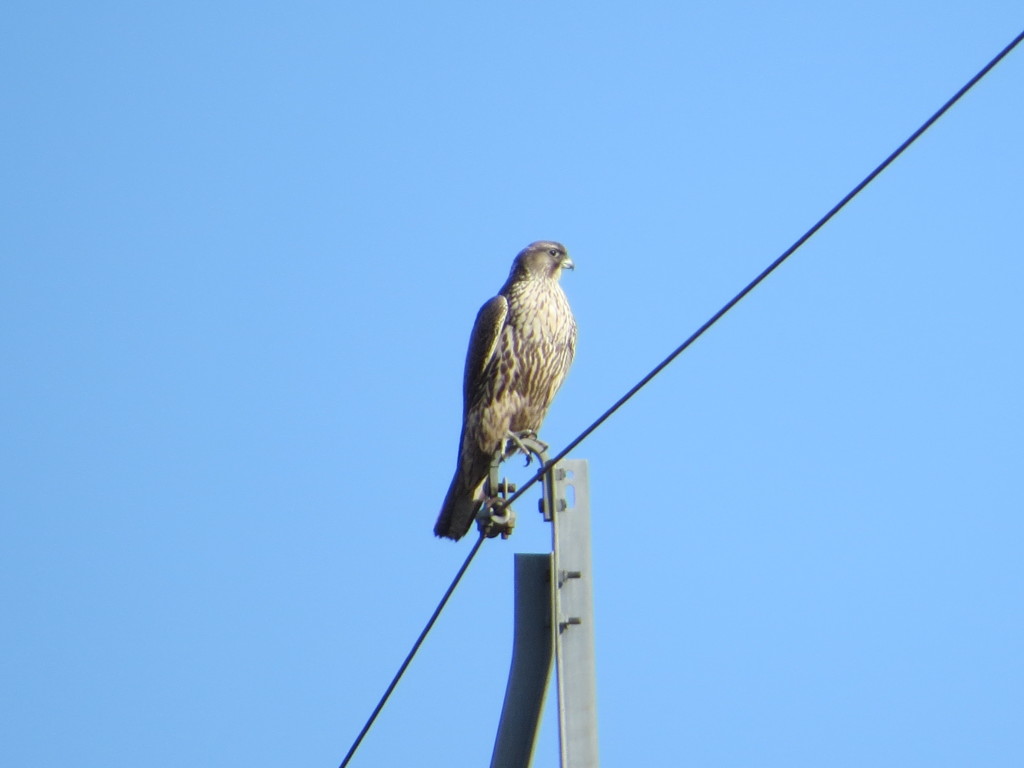 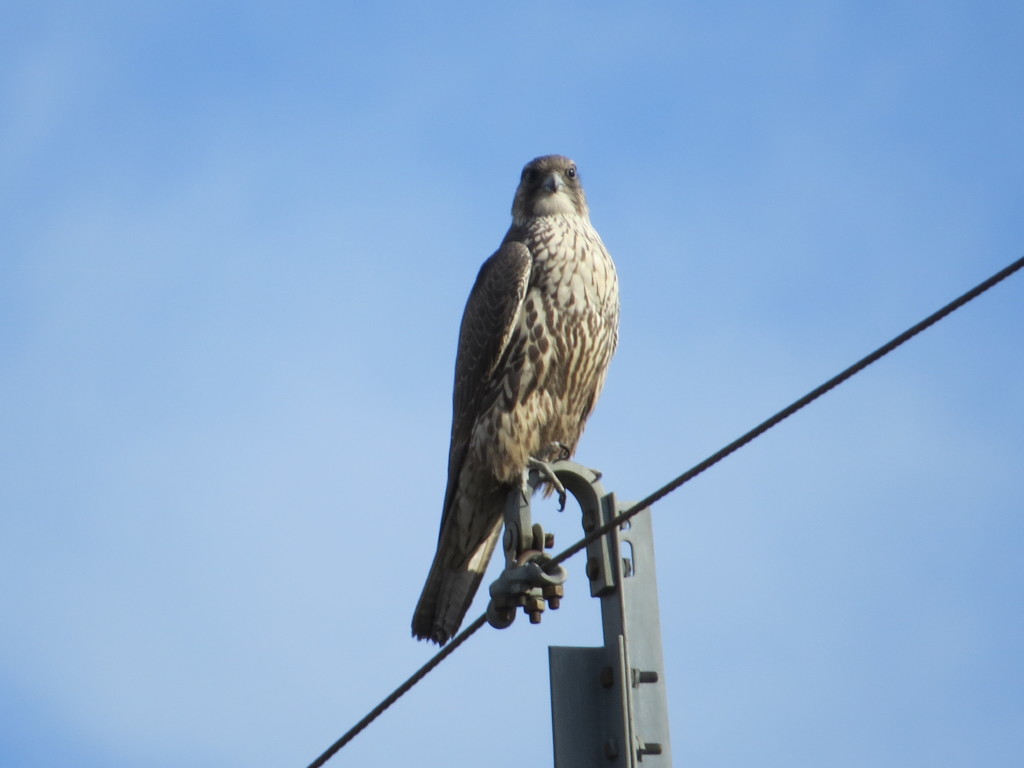 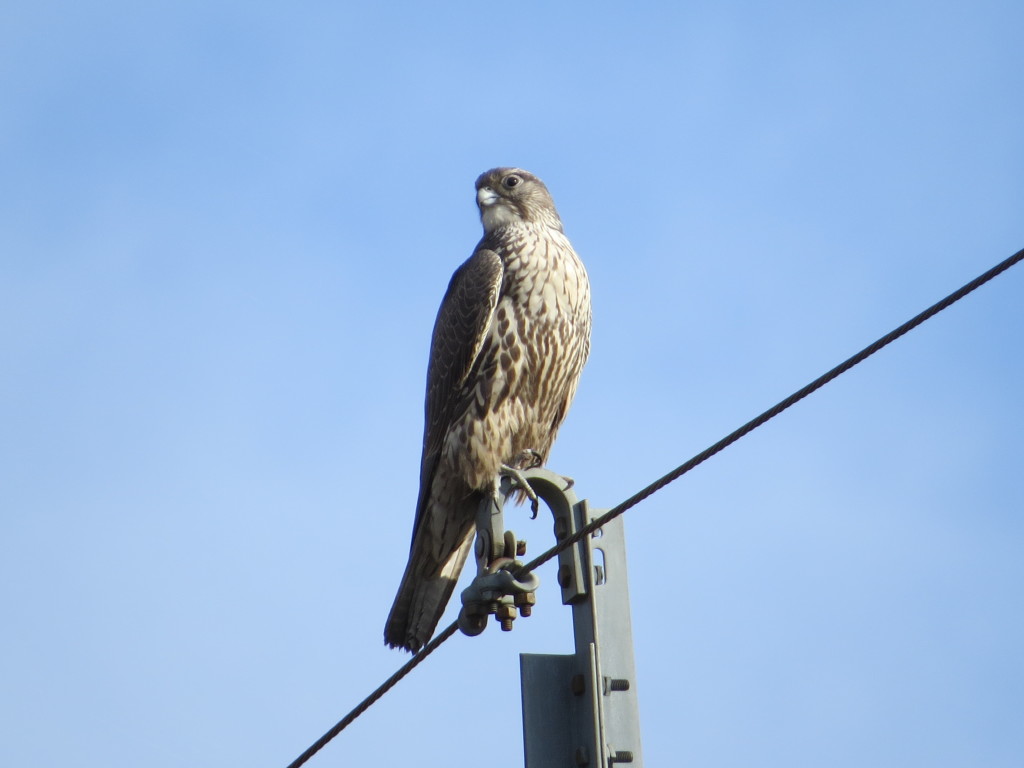 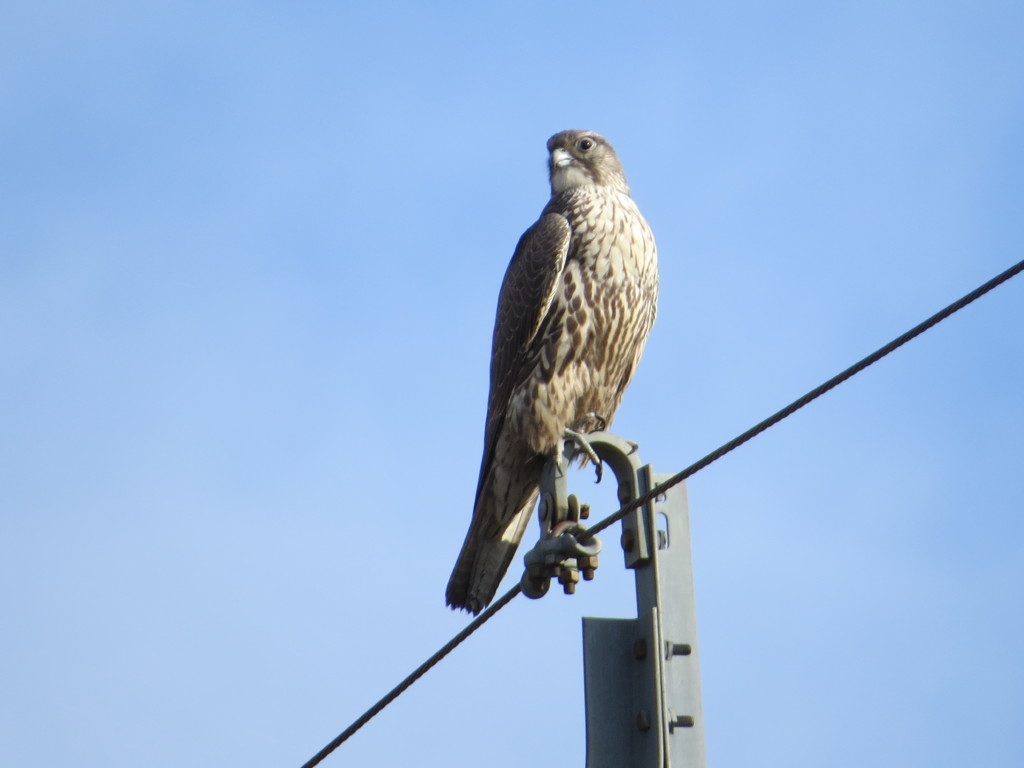 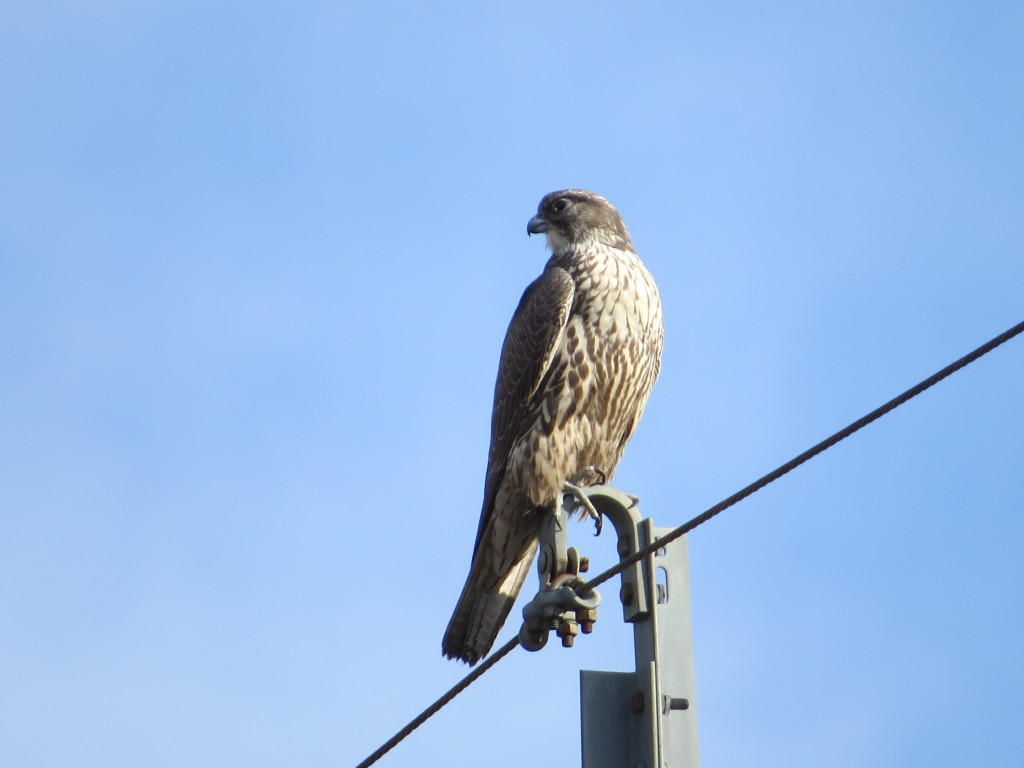