After I dropped the kids off at school Monday, my day off could be spent however–catching up on housework, catching up on real work, or birding. Tough decision–thought no birder ever. What was a tough decision was how I was going to bird. A tantalizing list-serv report came in the middle of the night of a Great-tailed Grackle just 40 miles away.  Though it may be a trash bird in the south, this potential state bird has already been the object of two failed chases but could have the honor of being Minnesota #300 if the third chase was successful. But would it be there the next day?  Would I fail again and own that disgraceful statistic?  I have also been hard-pressed to find a Willet for my life list and with the median migration date fast approaching, I thought it would be prudent to look for such a thing instead of going for the Grackle.  The possibility of exploring and discovering was winning out over the possibility of chasing and being disappointed.

I started the day by heading down to the Bird Island sewage ponds, a known mecca for shorebirds during migration.  Except this day; one Yellowlegs sp.  Looks like I chose wrong. The day was young, though, so I thought I’d check one more spot for shorebirds before joining Evan for lunch at his school. On the way I got a text from Melissa who added Common Loon to our yard list as a bird flew so low and yodeled so unmistakable (to any Minnesotan) and loud that she heard it from inside the house.  This was a pretty exciting addition to the list as there is not water around us for several miles!

I knew my next stop for shorebirds was a long shot for a Willet.  But I had to try. As I walked a fence line on the property, the ground exploded at my feet with rushing wings. Pheasants? Small-bodies, gray birds, no long tails, rusty outer tail feathers…not pheasants–GRAY PARTRIDGES!!! 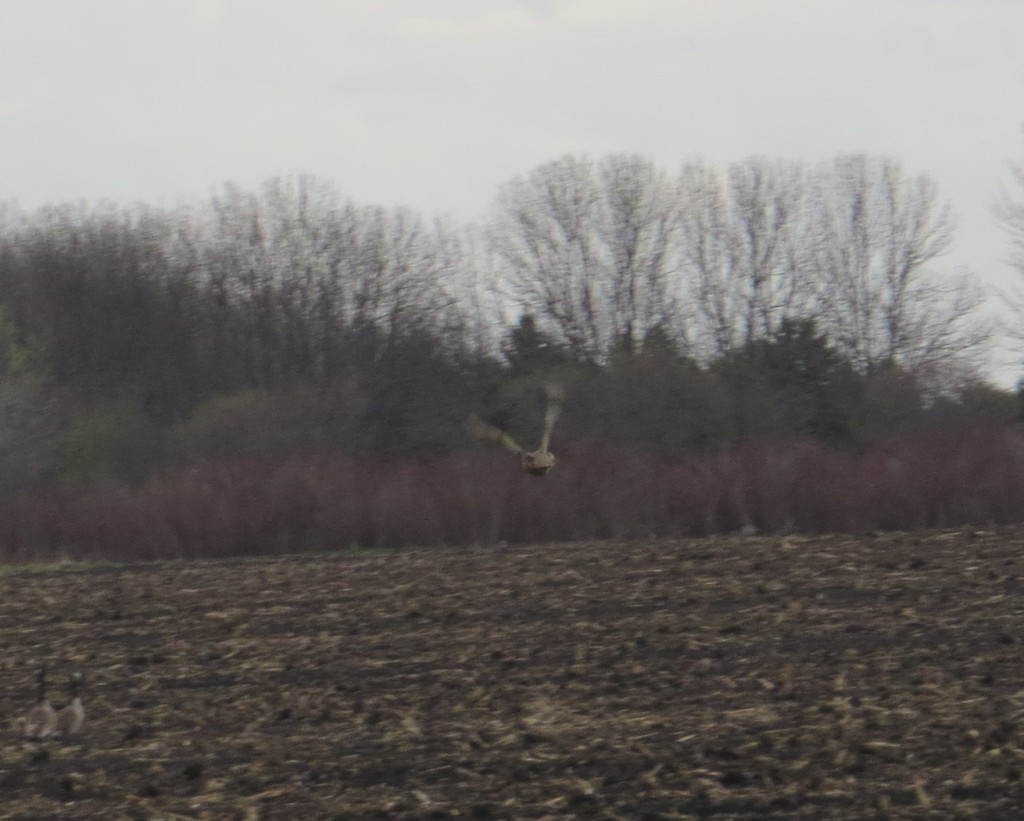 Sure, it’s a crummy photo but this was taken on the draw as I stalked the two birds for a second flush.  The thrill of this encounter is tough to put into words. Gray Partridges are  tough, tough birds to find in anywhere in Minnesota.  They are most often seen in the dead of winter at dawn or dusk when they are feeding out in the plowed fields. Their dark bodies are easy to spot against the snow.  But even this is a rare occurrence for the luckiest of birders who happen to be traveling down the right gravel road.  Gray Partridges like short grass areas where the cover is “thin” and small in area, quite the opposite of Pheasants.  They hold tight and can hide among little/no cover. Unless a birder is getting off the beaten path and hiking old fence lines, drainage ditches, and abandoned farm sites, they likely will never see this bird.  I actually have seen this bird before and in Minnesota, but I did so as a Pheasant hunter. A few years before I was a birder, a buddy and I kicked up a covey of about 10 birds and harvested one (it was and still is a legal game bird).  But that was the last time I laid eyes on one.  Since then I have started doubting their existence and begun to think, as some bird bloggers have, that this is a mythical bird. The thought of one in my own county was even more preposterous.  Yet with a new county bird–and an exceptional one at that!–count me among the believers again.

Because I have seen Gray Partridges in Minnesota in the past but could not recall the date, this has been the one species that has caused my MN eBird list and my actual MN list to be out of balance.  This find rectified that; I am still reveling in the synchronization.

I have literally hunted (successfully) Gray Partridges, or Hungarian Partridges, in Montana two decades ago; but no worries, I won’t be chasing these two with a shotgun.  In fact, I’m not even sharing the location with birders because I think these two might be nesting at this site. I will be taking Evan out there in the coming week as he told me he would like to get this lifer.

Speaking of Evan, I dashed into town full of birdrenaline to meet him for lunch. And then I went for dessert up in Swift County: 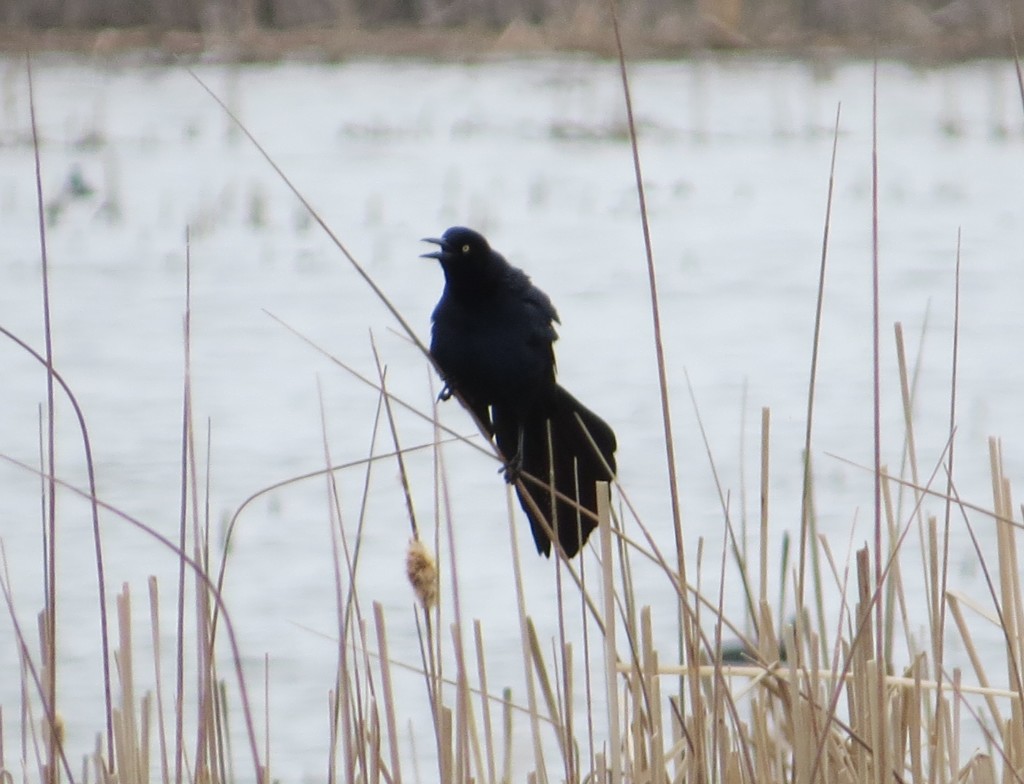 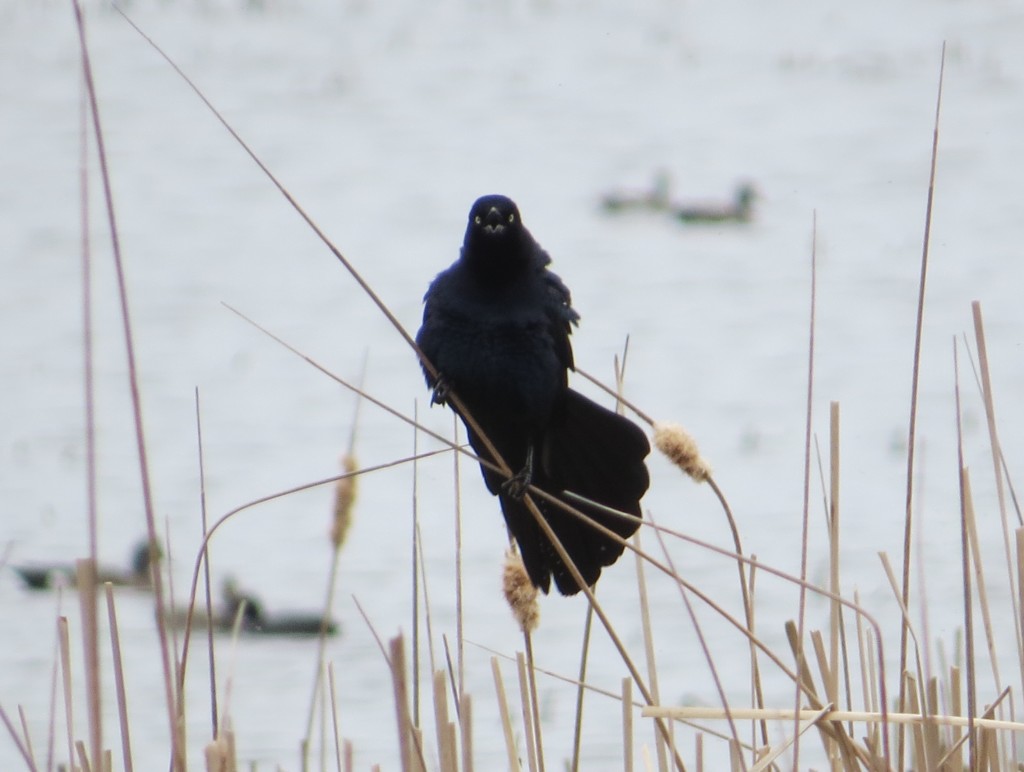