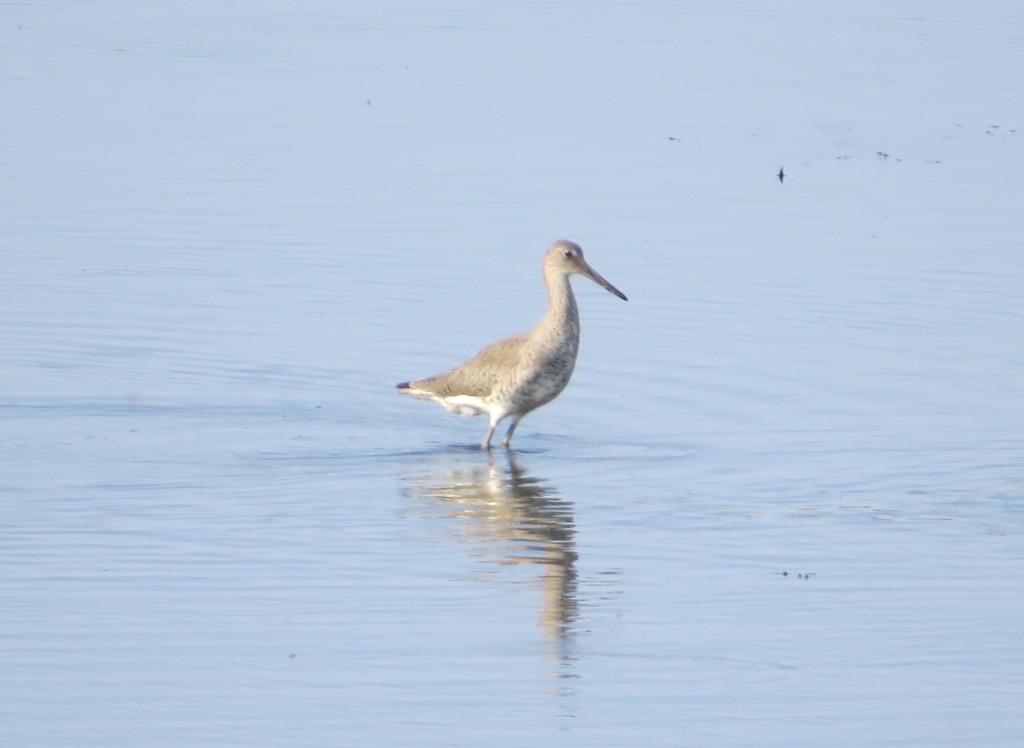 Willet has been my nemesis shorebird for a couple years now. I’ve chased and searched but could never catch a break with this one until Joel Schmidt called me up after work on Friday.  Joel asked me if I still needed a county Willet.  I practically stuttered when I admitted my shame of telling him I needed a Willet period. My bag of shame birds got a little lighter, but I still tote a few around.

Funny thing is that I took this bird for granted in my early birding career.  It’ll come, I told myself. One time I even turned down a similar call from Joel two or three years ago when he found a Willet in the county.  Learning that it was over a 100 yards from the road in the disappearing light of the evening, I turned Joel down thinking that there would be better opportunities.  I have not been more wrong. On Friday I didn’t hesitate. I got Joel’s call as I was pulling into the driveway after picking up kids from school. I promptly dropped them off in the care of their mother and then sped away. 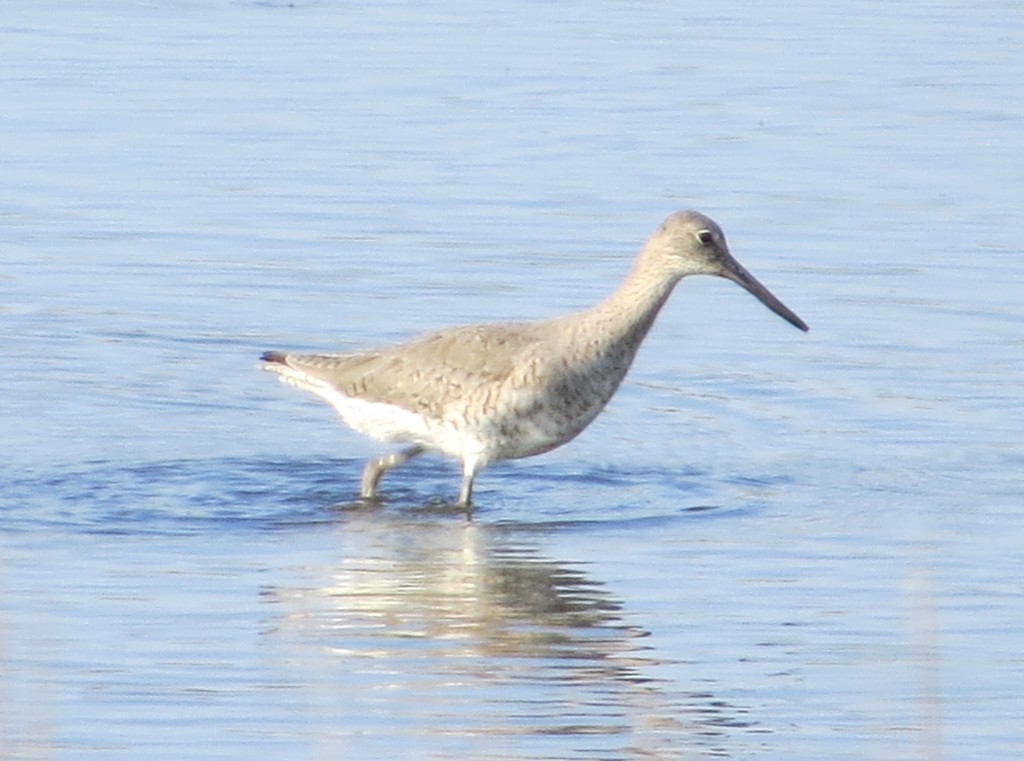 To a non-birder this is pretty drab bird, but it can be quite flashy when it flies revealing a striking white and black pattern.  I watched the bird for over a half hour hoping to catch a glimpse of it flying, but it never did.  Eventually I had to get back to the house.  Flashy wings or not, the Willet never fails to impress Minnesota birders because it is such an uncommon migrant.  As such I posted Joel’s sighting on FB. I love posting birds like this because we are such an underbirded county–good birds may attract a few visitors who in turn could find something great in the home county.

Feeling the energy that a new life bird can bring, I went out birding this morning looking for nothing in particular, hoping to find a rarity.  Cinnamon Teal is always high on the want list for a county bird, but I won’t snub a chance to finally get a good photo of its much more common cousin. 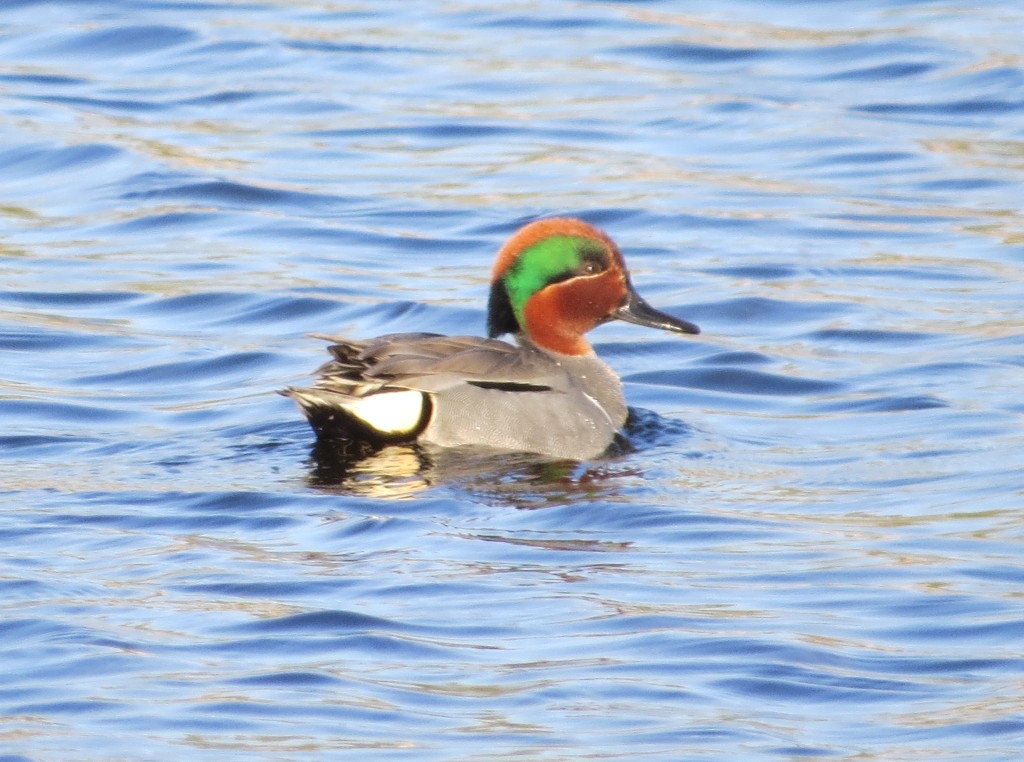 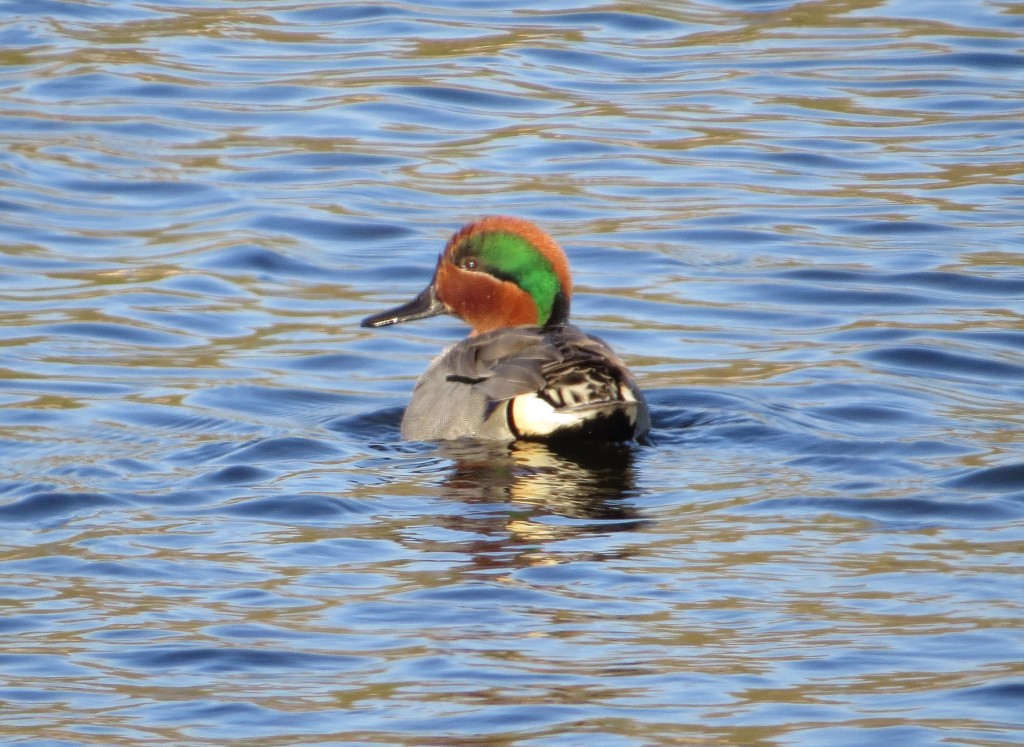 As I was Teal-gazing, though, someone answered the Willet ad in the classifieds. Visiting birder Brad Abendroth struck out on the Willet but instead discovered a whopping 23 American Avocets at that pond! 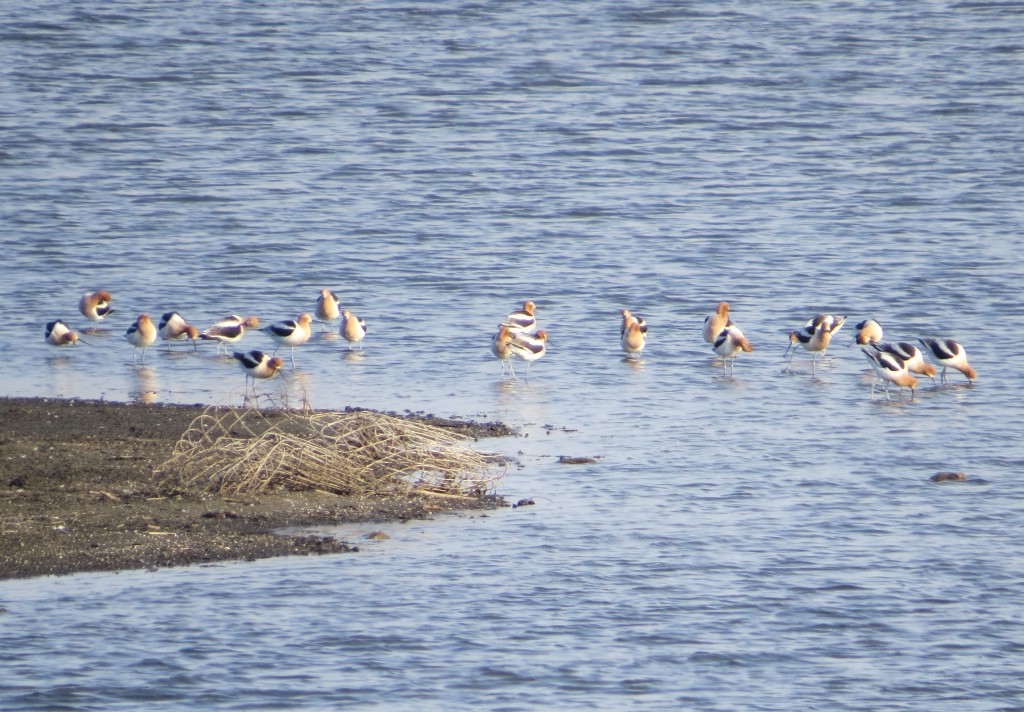 The birding fun doesn’t end there. Later in the day I took the kids on a short hike at my Gray Partridge spot.  As we walked a fence-line in 20 mph winds we got lucky and kicked up a single Gray Partridge from just 2 feet away! It startled Marin pretty good; she wanted to walk behind me after that. Evan enjoyed seeing this lifer.  Based on the deep rusty color of the outer tail feathers, it must have been a male.  When I saw the two the other day, one had bright rusty outer tail feathers like this and the other had lighter-colored ones, possibly indicating a pair.  If that’s the case, perhaps the female we didn’t see today was sitting tight on a nest. We can only hope.

4 thoughts on “When Will It Ever Happen?”