Two years ago a reported Lewis’s Woodpecker near the Canadian border caused Steve Gardner and I to go on our first major chase together.  We left around 2 AM, traveled 6.5 hours, and arrived in Roosevelt, MN shortly after daybreak where we spied the prized Woodpecker in about 30 seconds. 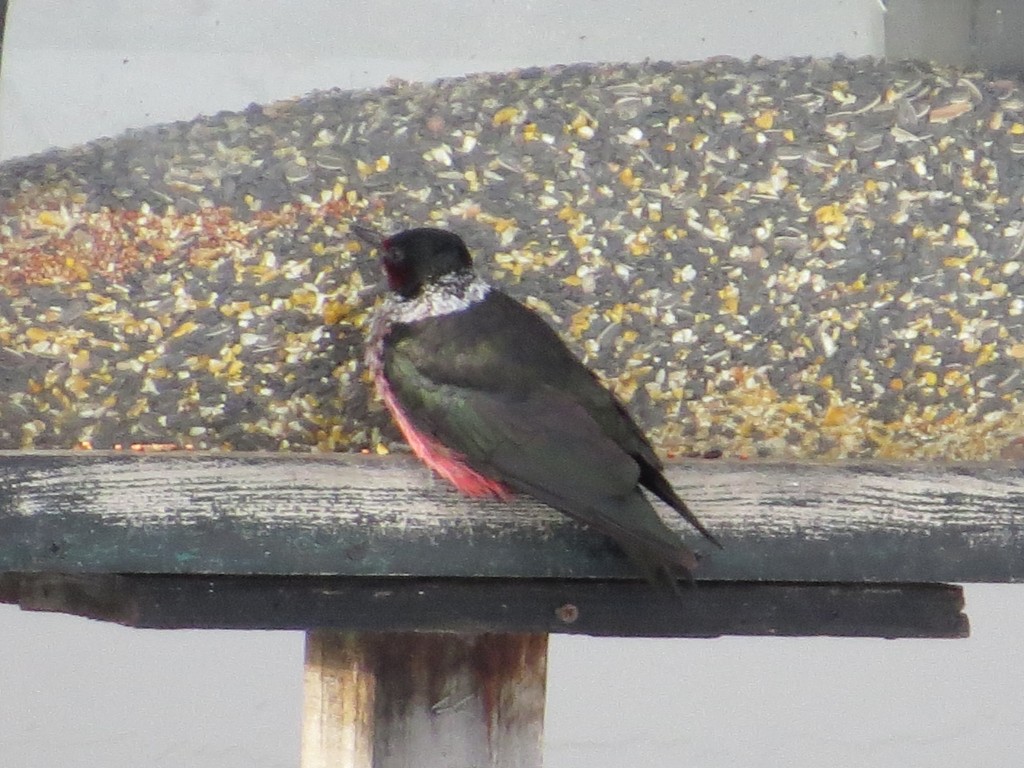 This trip, besides giving us a cool lifer, brought us to the edge of the world, which is somewhere near Baudette. We were within spitting distance of Ontario, an experiment in which the spit would shatter upon impact 11 months out of the year. Yes, that Woodpecker got us to explore a corner of the state we probably never, ever would have dreamed of going…ever.  And then we would have missed seeing Willie, Minnesota’s largest walleye. 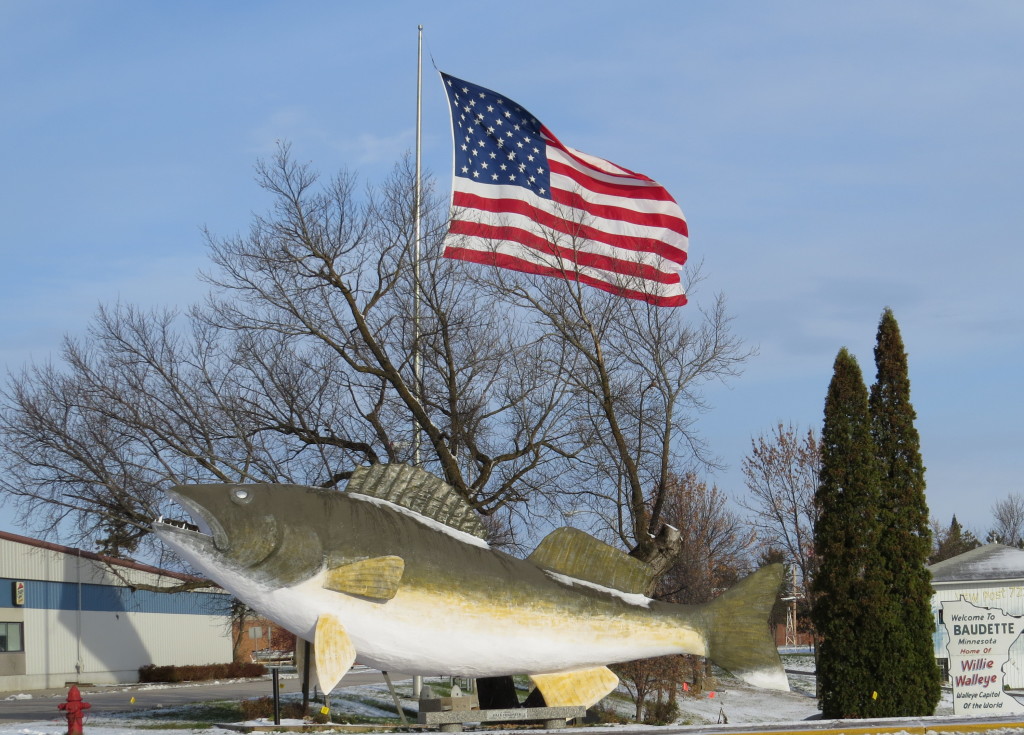 Fast forward to last weekend. A few days prior to that weekend, an incredible report came out of the southeastern corner of the state of a Clark’s Nutcracker.  Steve needed it for his life list; I needed it for my state list.  Last we checked, this was a bird found in the high-elevation forests of the ROCKY MOUNTAINS.  As reports kept barraging our inboxes of this bird being exceptionally reliable and accommodating at its chosen home away from home near Winona, Steve and I once again made the decision to go to the ends of Minnesota to complete the Lewis and Clark bird combo for our state lists. (The blue dot is home.) 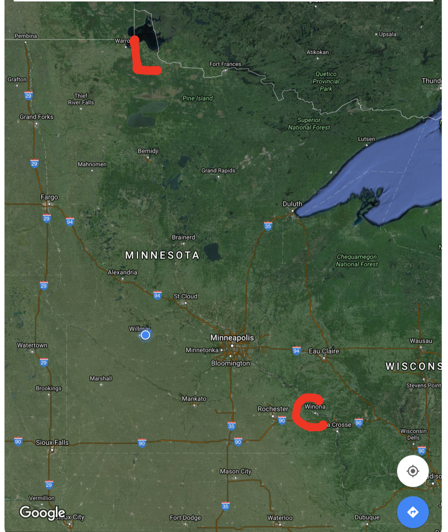 Since it was only four hours one way, this chase was easy.  (Oh, how our perception of “far” has changed since that first chase!) The finding was a little tougher this time, though– it took us a whole minute on scene before we got on the bird.  And right on this bird is practically what we were.  I don’t recall a bird more willing to be approached for a crush fest. Nor do I recall a bird with such an out-of-whack head-size to body-size ratio. 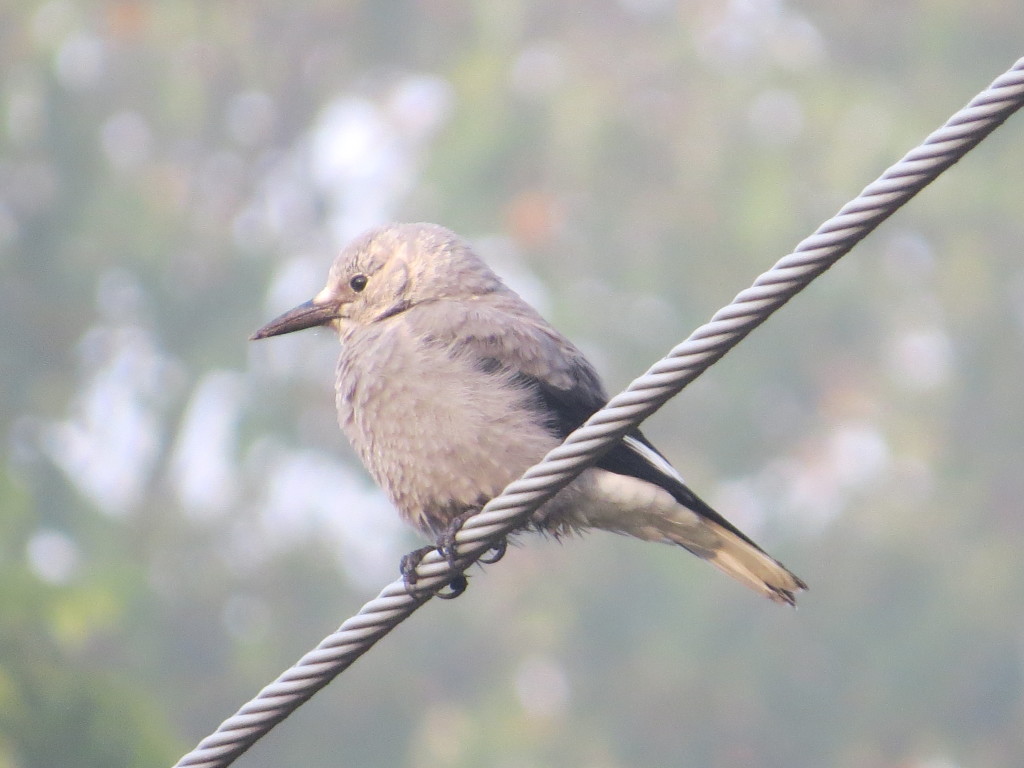 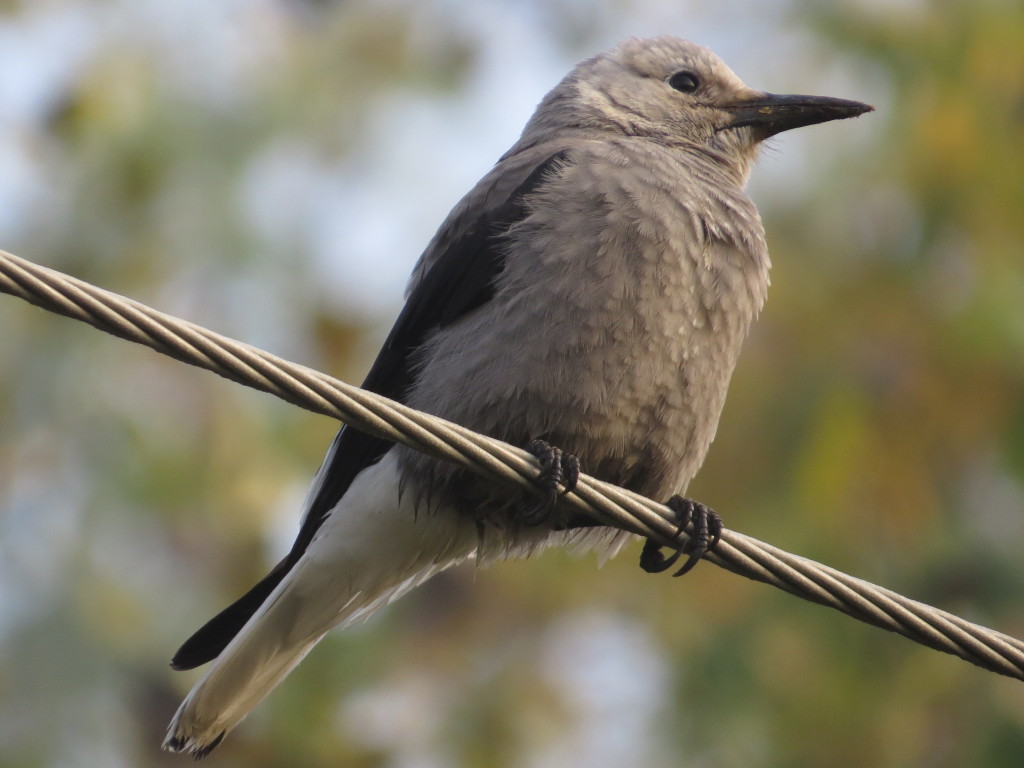 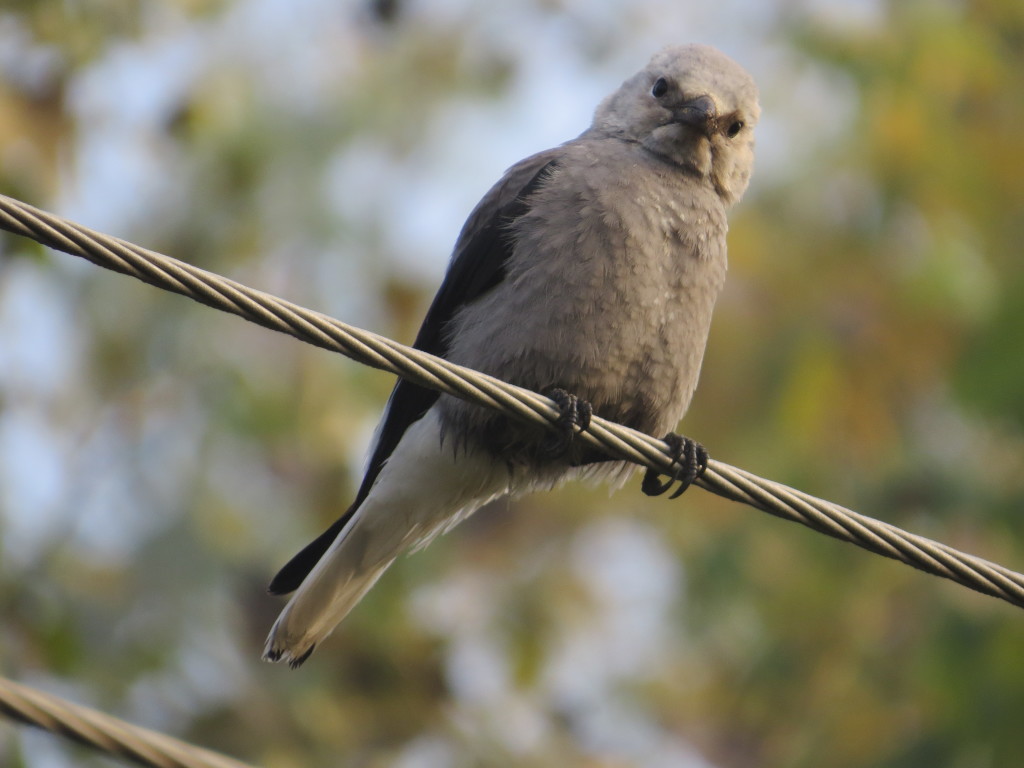 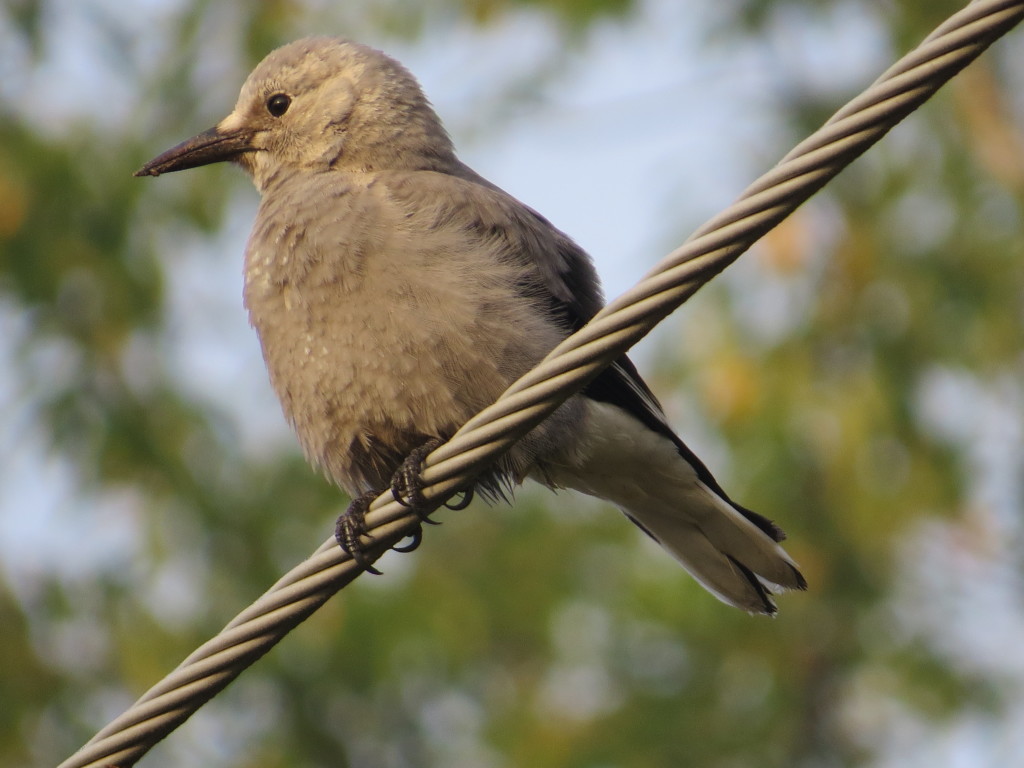 This bird did do more than sit on a wire, not much more, but we saw it fly down to the road to forage.  It’s tail pattern in flight is quite a sight.  The homeowner who discovered this bird told us to watch for that pattern when it flew. 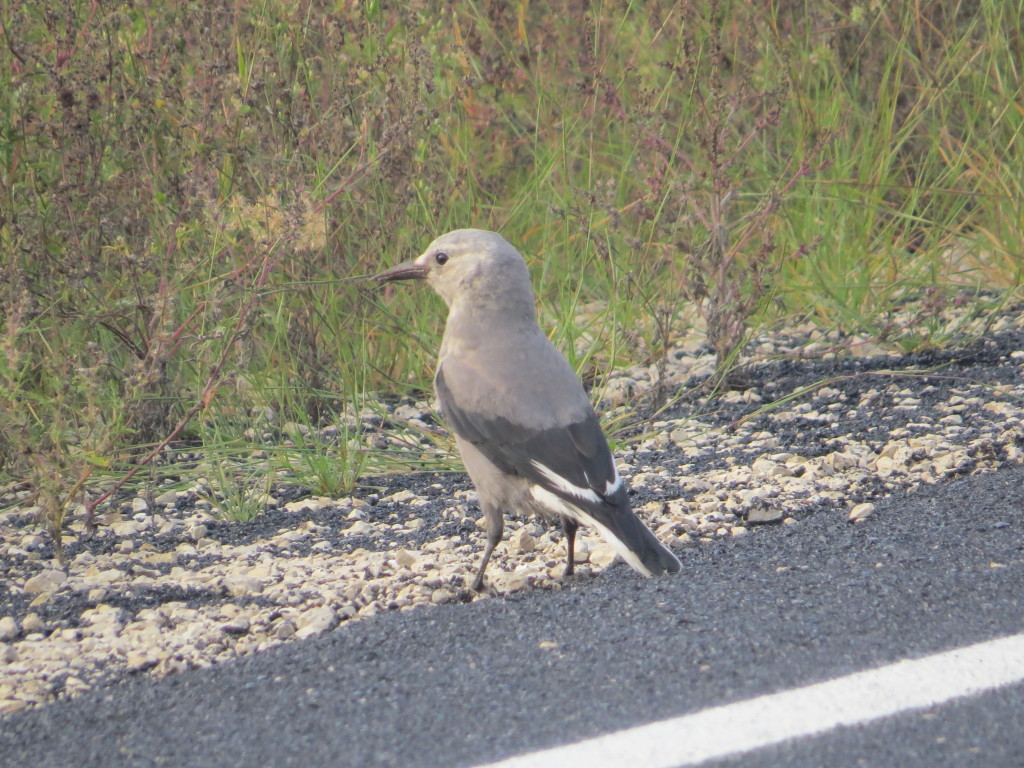 One can only imagine the thoughts running through this grasshopper’s head in this moment.  Is it just me, or is it on its knees pleading for mercy? 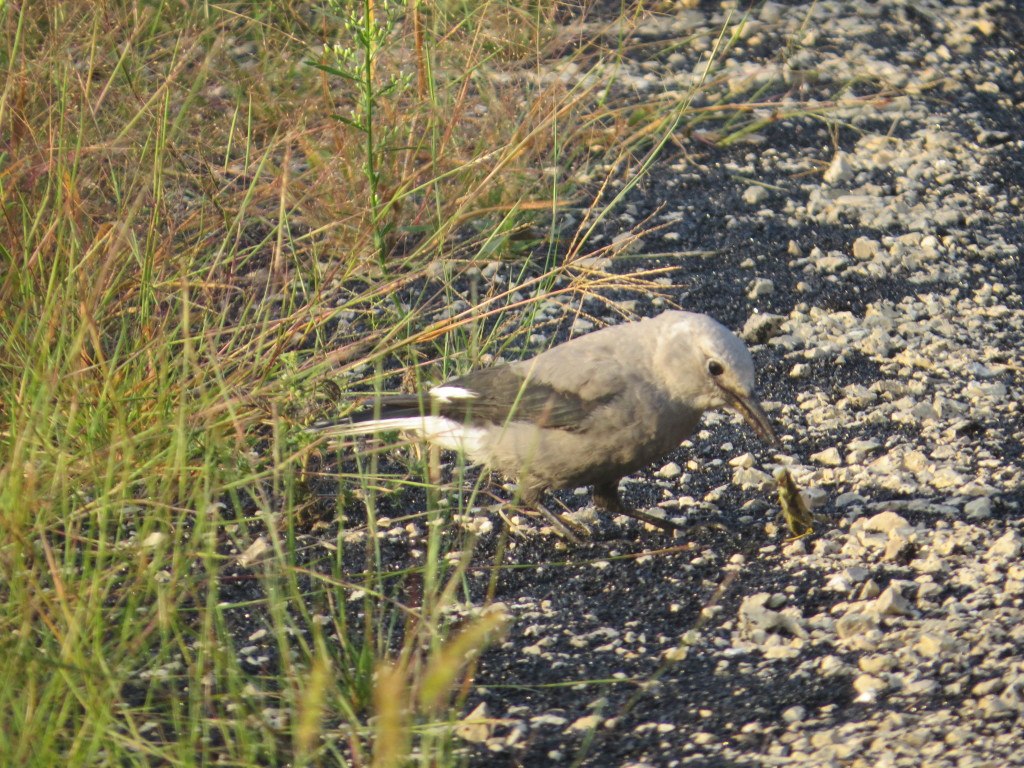 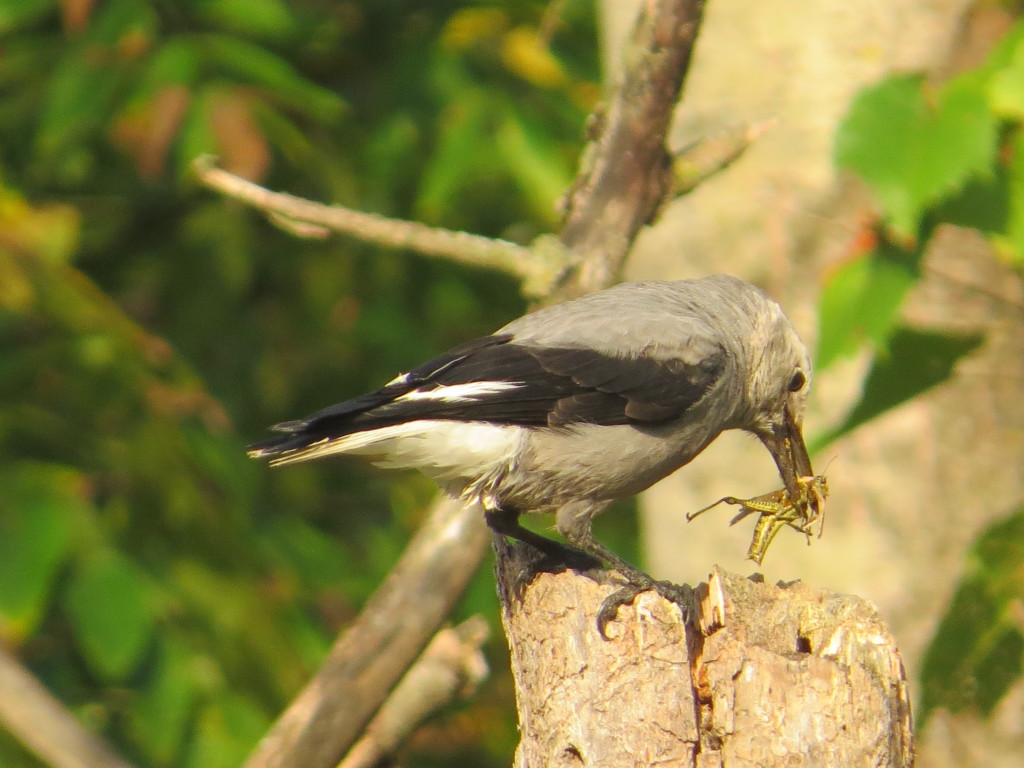 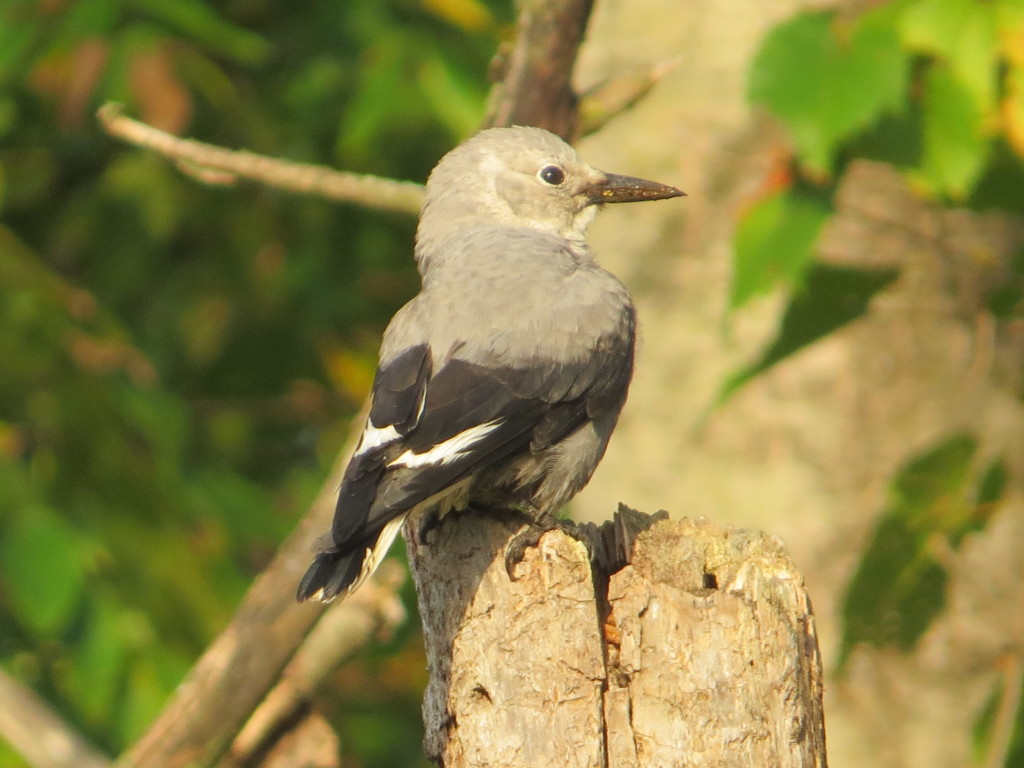 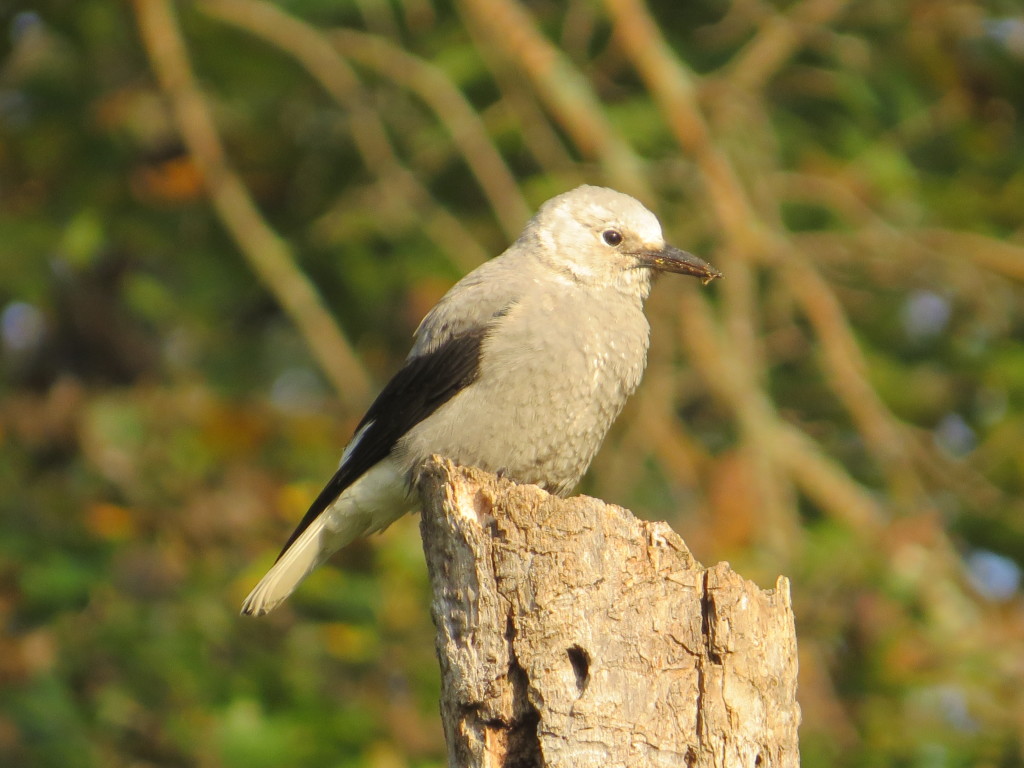 After a half hour with the bird, Steve and I were back on the road.  This time, unlike the trip to the frozen tundra to see Lewis, we were in awe of the beauty of the bluff country of southeastern Minnesota as we drove the scenic Hwy. 61 along the Mississippi.  This route is a must for any serious Minnesota explorer.

One can only imagine what vagrants will show up next and to what other corners of the state they will take us.  Wherever they are, going off on a crazy quest is much easier with a fellow adventurer.