Occasionally the President comes to town to give a stump speech. Sometimes young heartthrob actors from the latest tween movie make publicity appearances at the Mall of America. More reliably and regrettably, the Yankees make their annual visit to Target Field. Yet none of these is a reason that any self-respecting person would drop everything and head to the Cities. 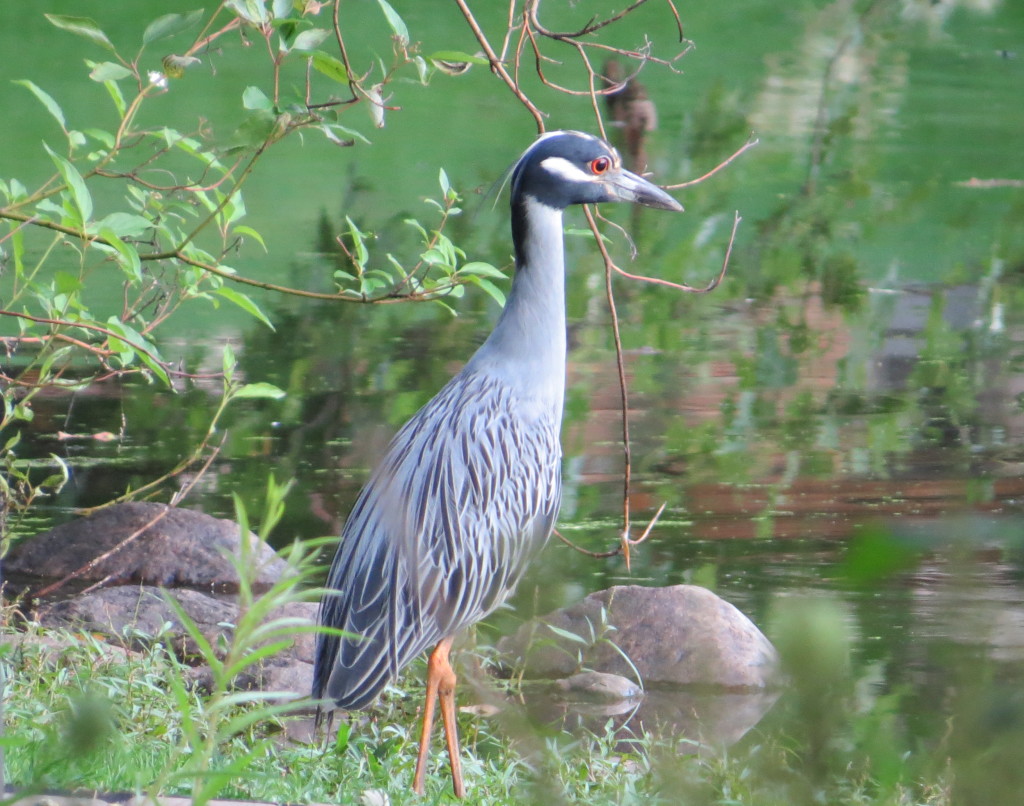 News of this Yellow-crowned Night-Heron was a huge jolt of life to the Minnesota birding scene that was just beginning to emerge from the summer birding doldrums with the onset of migration. Like the bird’s head, the report of the state’s first YCNH since 2012 was bold and shocking. Like its intricately patterned, two-toned back and wings, the announcement was subtle and smartly crafted. With a picture of the Heron above, Laura Segala announced her phenomenal discovery on FB:

Today – First time I’ve ever seen a yellow-crowned night heron in my yard (Plymouth – Hennepin Co). Or ever. #lifer ‪

And why would a YCNH not want to live here? 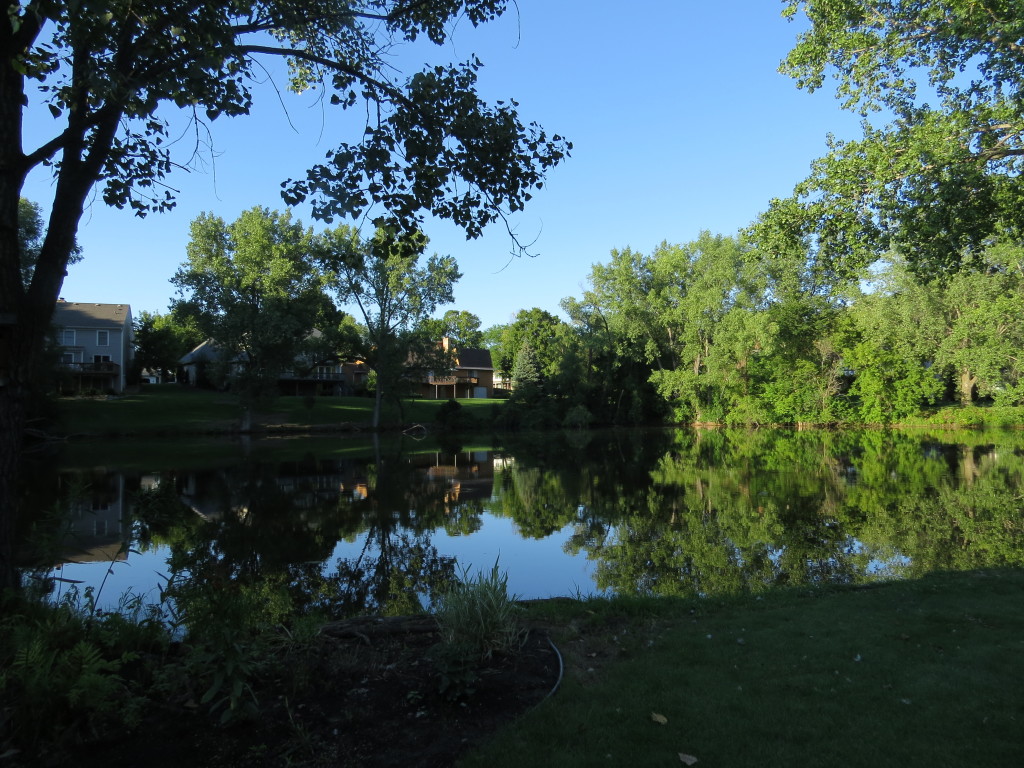 The two large backyard ponds and connecting channel had many shady, reclusive haunts and corners from the overgrown vegetation along the banks. And there were enough large snails and crayfish around for Herons to have a “Chubby Bunny” contest too. 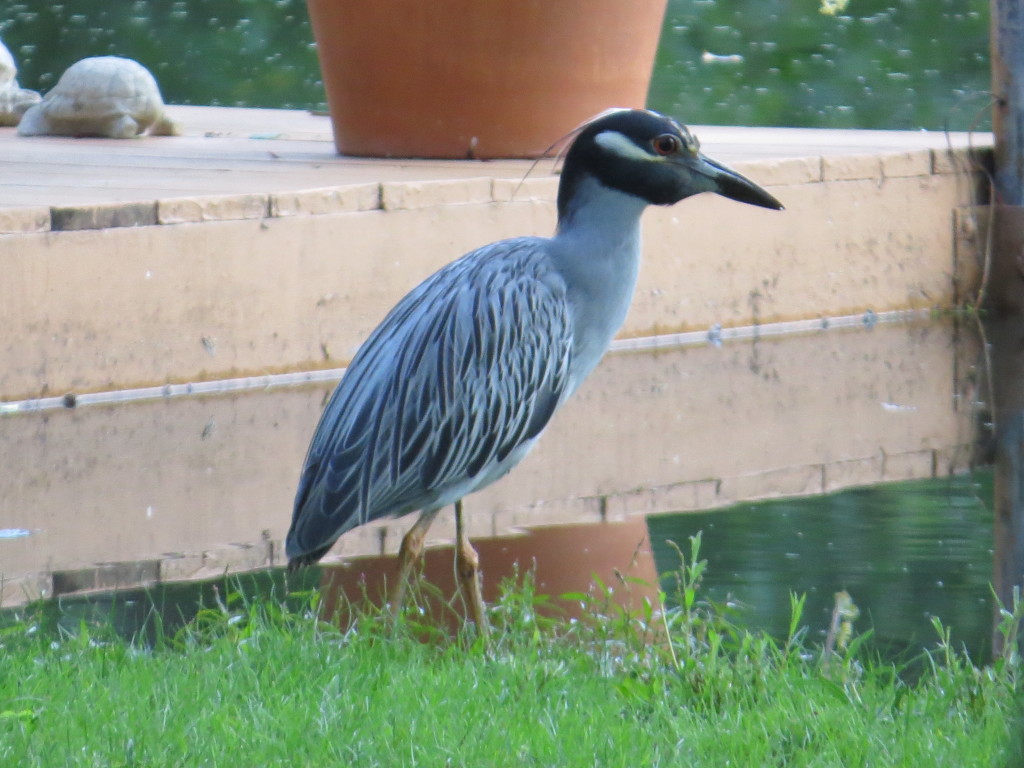 The announcement came in early enough in the evening that those lucky Twin Cities birders could swarm it immediately.  My trip was too far to get there before dark.  I was there the next day, though. Conveniently I had to go to the Cities that day anyway. Inconveniently, the time of day was wrong and the bird did not come out.  So I made the 1.5 hour trek again the following day, only this time in the evening when the bird had been showing.  It took nearly two hours of waiting, but just as I was about to call it quits, the bird flew in from its treetop roost to begin its foraging. 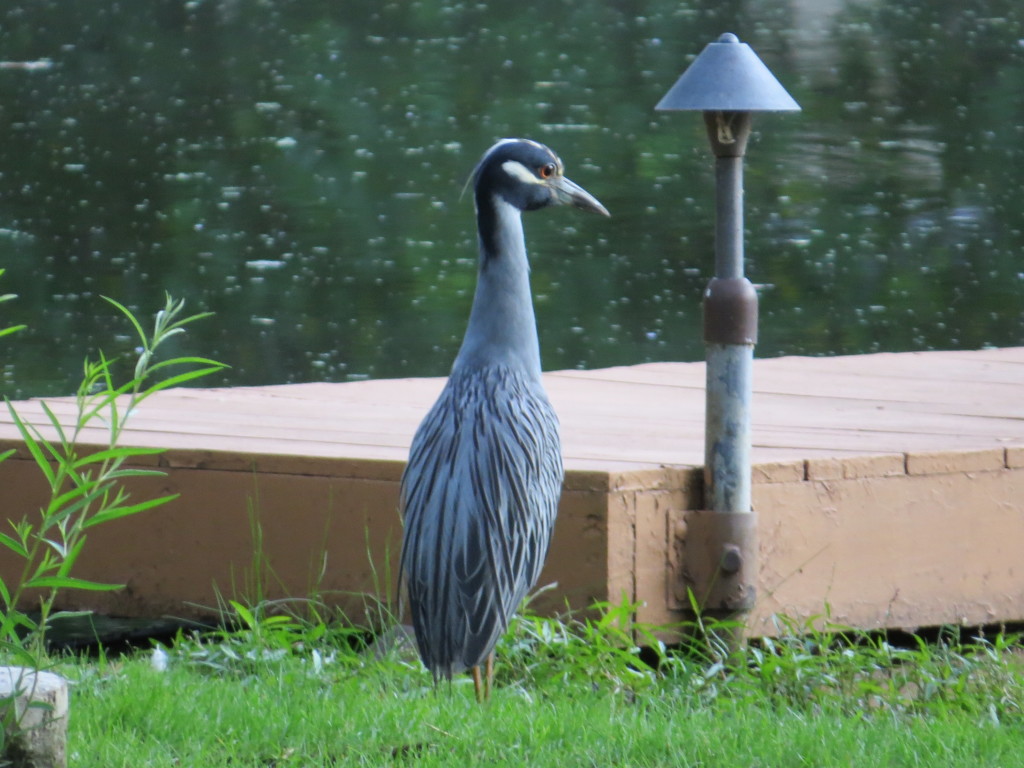 And for the first time ever, this birder also experienced the rush of seeing a Heron. 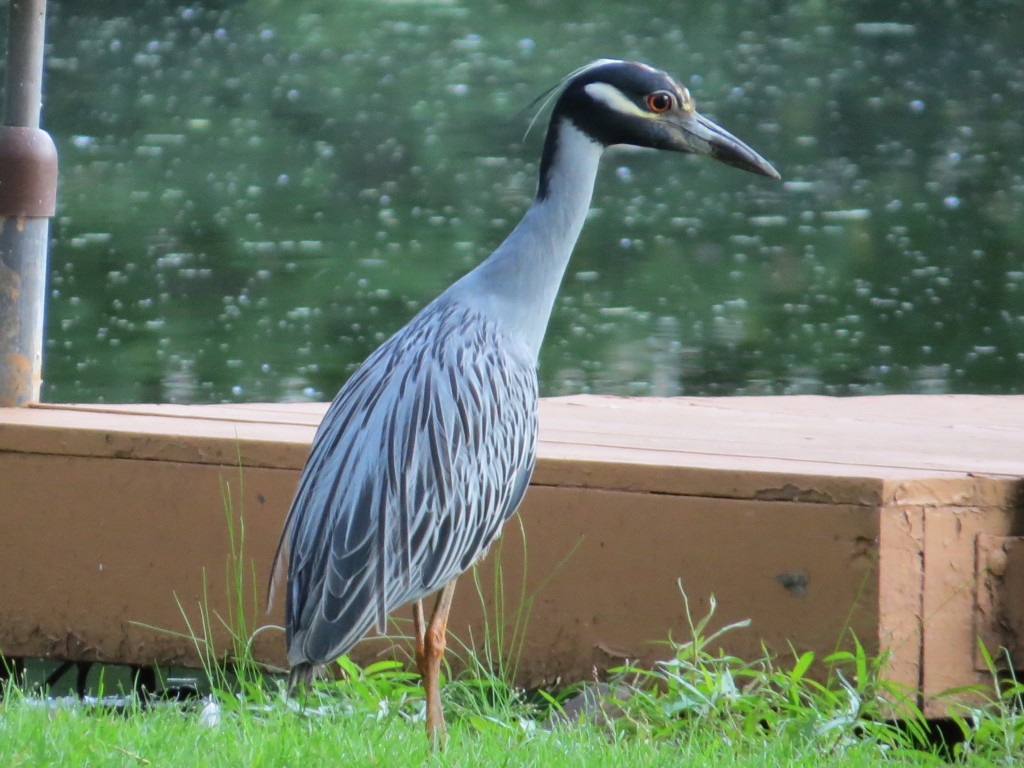