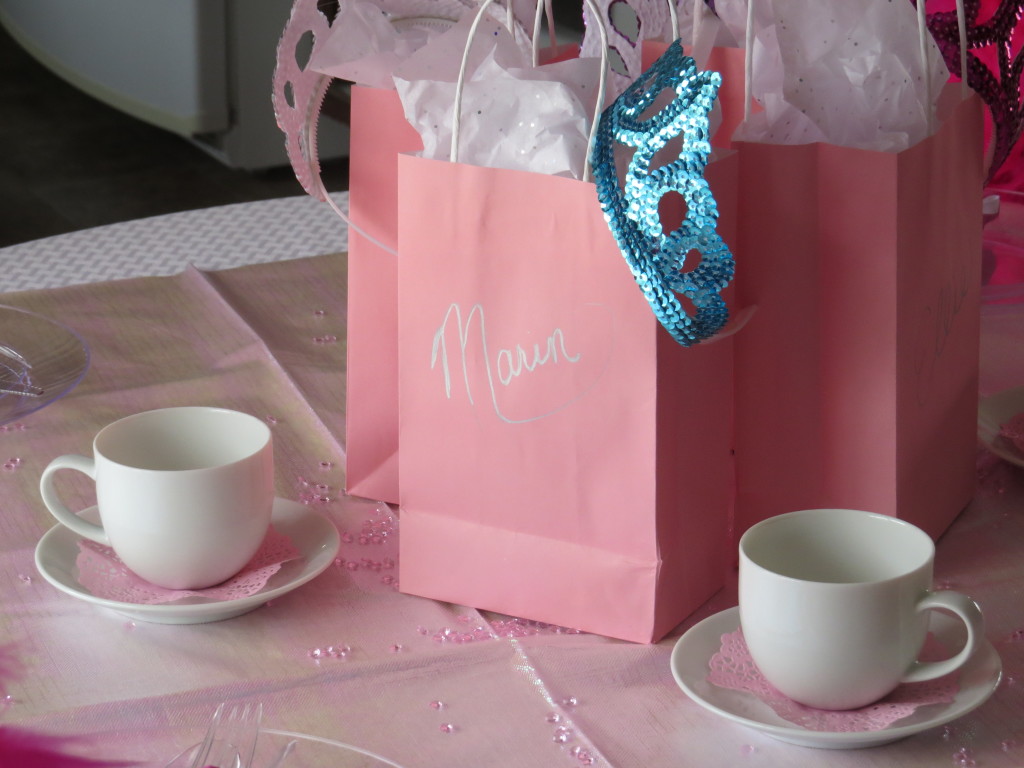 What are a couple of birders to do when they are kicked out of the house for a bonafide girls-only, princess birthday tea-party?  Hmmmm…

Even if we could stomach the inordinate amounts of pink, lace, and so forth, Marin was adamant that her brother and I NOT be anywhere in sight.  All day long she wanted us to go birding and kept asking when we’d be leaving.  We didn’t have a license to go birding–we were given orders.

I had decided on traveling about an hour south to look for Long-eared Owls near Morton.  Just as we were about to be exiled from the princess fairy-world, a fantastic bird sighting by Bill Marengo came in on the listserv, a Cinnamon Teal in New Germany, a town an hour away to the southeast.  This is a bird I needed for my state list, and after lingering regrets of not chasing the one last year in Stewart a MILE from my AUNT AND UNCLE’s HOUSE, it was an easy decision to switch from owl mode to cool, western duck mode.  Also, Minnesota only gets maybe one or two Cinnamon Teal a year, so another chance this close to home was not one to pass up!

Halfway to New Germany a devastating report came in that the Cinnamon Teal had flown off and wasn’t relocated.  However, we had nothing better to do and were halfway to the site already–we might as well look around in the area.  After all, treasure hunting is always more fun when you know you there’s actually treasure in the area.

We started with ground zero at the large wetland southwest of New Germany and were pleasantly surprised to see a couple of cars lined up by the original location.  Scopes were out.  Things were looking good. Hopping out and visiting with the other birders quickly revealed that the duck was back!

Birders are so great at these random, road-side, birding flash-mobs that bewilder the rural passers-by; we were instantly invited to view the Cinnamon through scopes trained on it.  Renowned county-lister, Denny Martin, quickly set up his apparatus to accommodate the much shorter Evan. 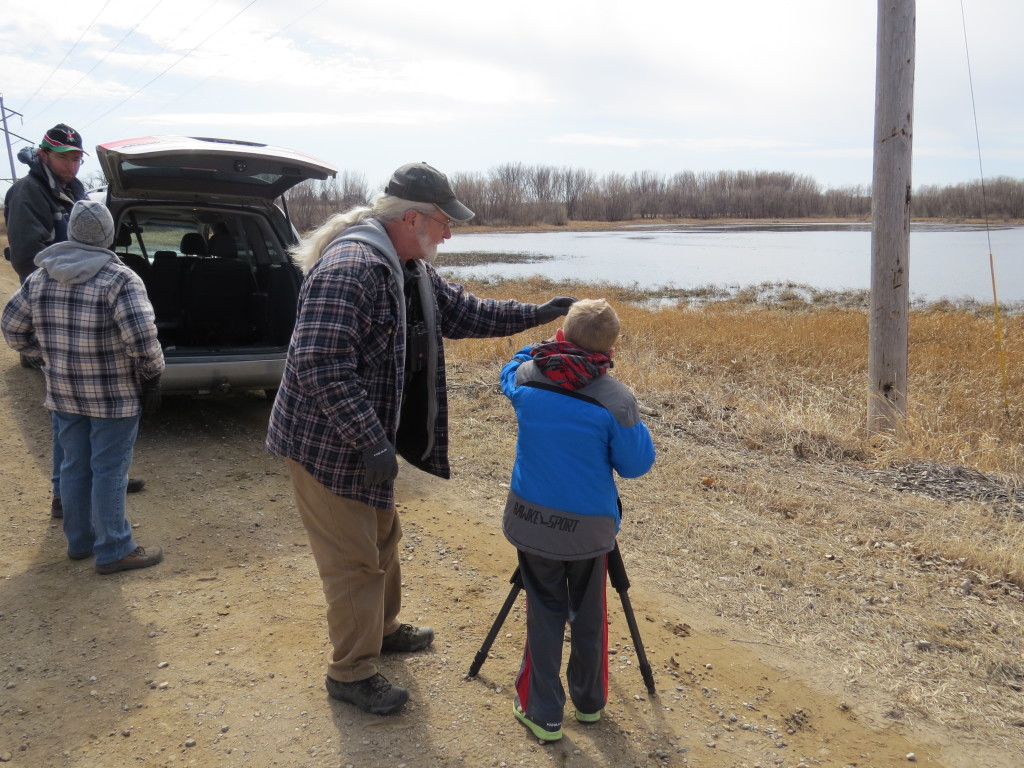 Such a good bird the Cinnamon Teal is and so great it was to see one again.  This duck was one of the very first life birds we nabbed within an hour of deboarding a plane in Arizona last year. 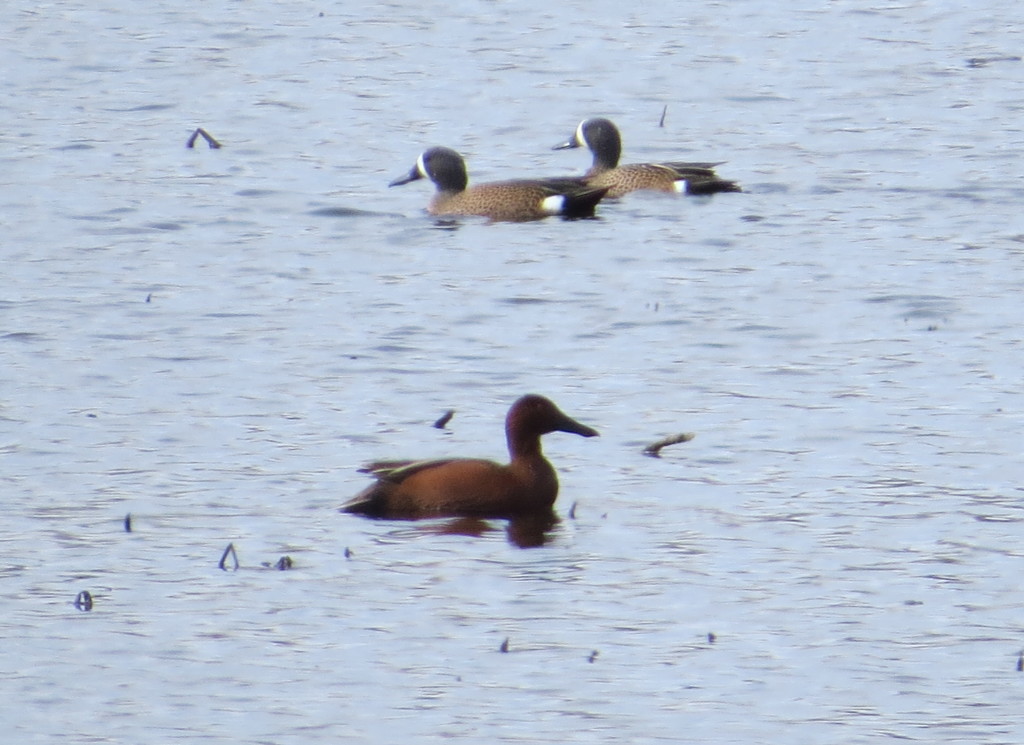 I couldn’t do much about the distance or light in this situation, but beggars can’t be choosers.  At least you can see what all the hype was about. 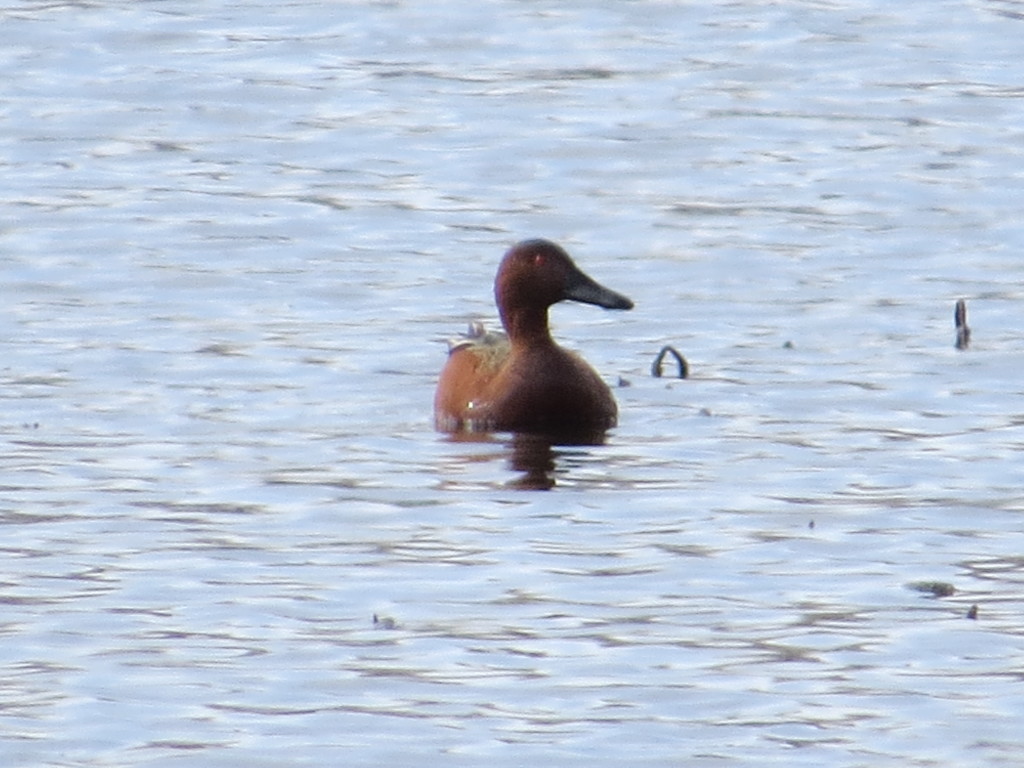 As we watched and chatted with the Martins (the people not the birds), some Eagles (the birds not the people) flew over.  I normally don’t even look- the height of the birds combined with my lack of long-range optics and poor ID skills means I am highly unlikely to ever pick out a Golden Eagle.  Denny Martin quickly trained his scope-still set at Evan’s level-on one bird.  With the tenacity of a county-lister and lots of years of experience, he stayed on that Eagle for a long time until he got the clincher field marks he was looking for – a small head and golden nape as it turned into the sun.  Golden Eagle! It was a county bird for the Martins, a second state bird in as many minutes for me, and a life bird for Evan.

After the Golden Eagle we all went back to visiting and enjoying the Cinnamon Teal as more birders kept responding to the call.  Cars kept stacking up behind us the longer we stayed.  They’d get their tick and leave.  New cars would replace them.  Really new cars. Really awesome cars. Really puts my mini-van-to-shame cars. 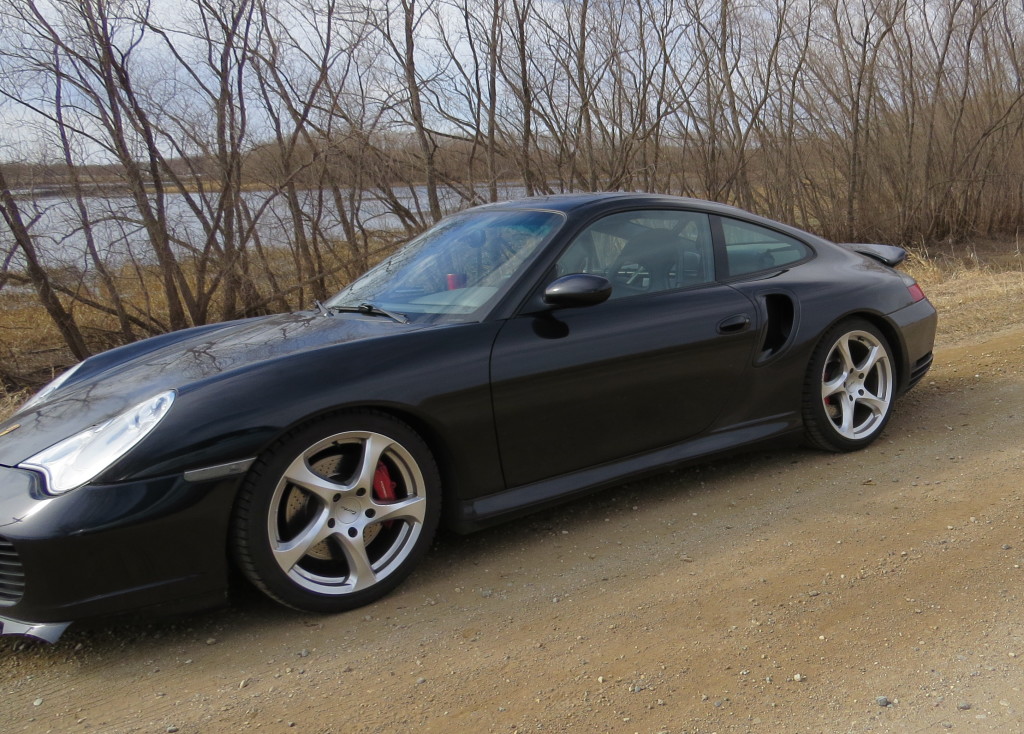 This sighting at a birding-rave may be the rarest thing I’ve seen yet.  Just how special is a Cinnamon Teal in Minnesota?  It’s drive-your-Porsche-on-gravel special.