If you’ve ever watched a successful baseball team, you’d see that there’s a different hero each night.  The teams with just one or two all-stars never go as far as the ones where someone different is always stepping up.  Yesterday that person was Randy with the report of phalaropes and Stilt Sandpipers.  Today it was Steve.  Steve stopped by Carlson’s Dairy over his lunch hour to see what was happening.  Since he has an hour to eat lunch, unlike those of us who have 20 minutes to inhale our food AND get our daily dose of adult conversation, he often goes birding during that time.  Steve will usually email me his report when he gets back to the office after 1:00.  I very much look forward to this local intel as it often helps me determine on any given day if I should head into town to go birding or not, depending on what he finds.

I was at school for my last teacher day, busy wrapping up another year when my phone rang at 12:57. It was Steve.  Whoa, a call and not an email.  It had to be something big. Steve dropped a bomb when he said he found a Ruddy Turnstone at Carlson’s Dairy! Then he casually mentioned that he found four American Avocets!  Unbelievable.  I had two hours to fret before I was free to hit the highway.

3:00 finally came, and I zipped into Willmar where I transferred Marin over to Melissa and then picked Evan up at school.  Evan and I got out to the field we had just visited not even 24 hours earlier.  It didn’t take long to find what we were after. 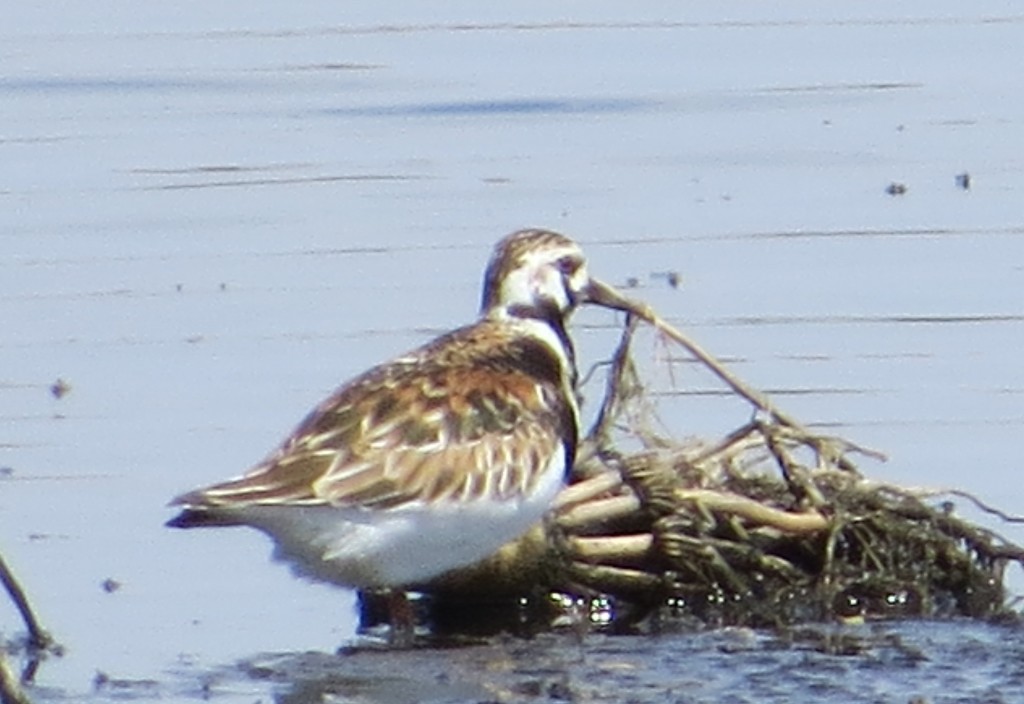 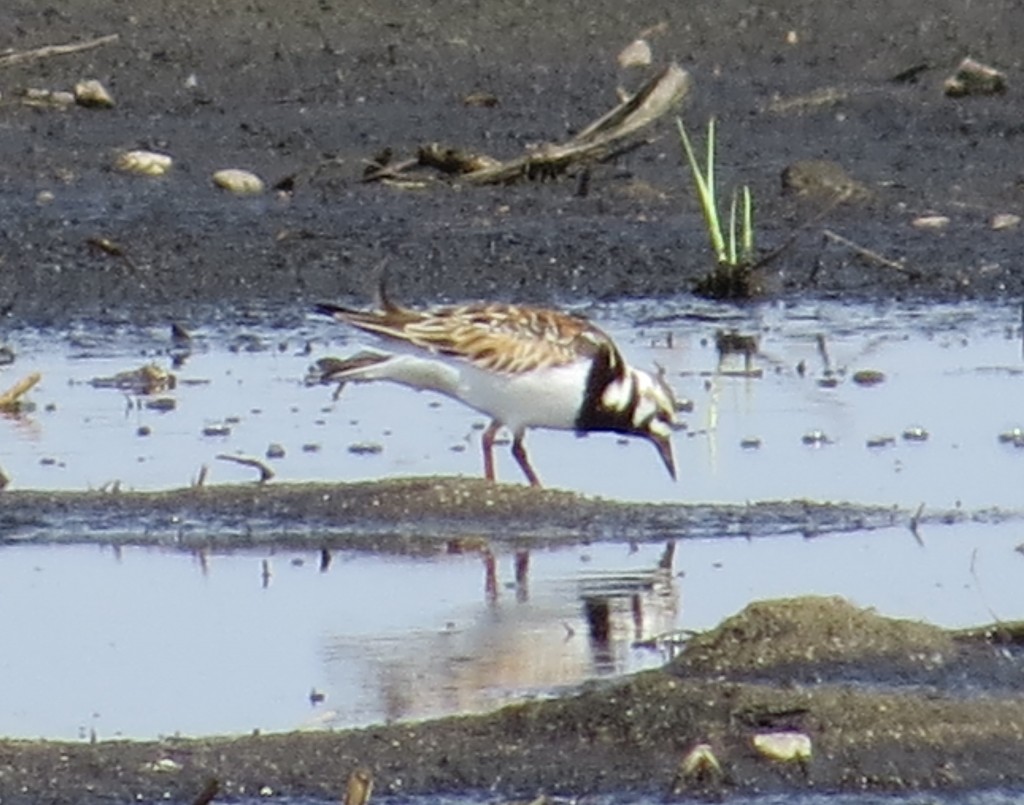 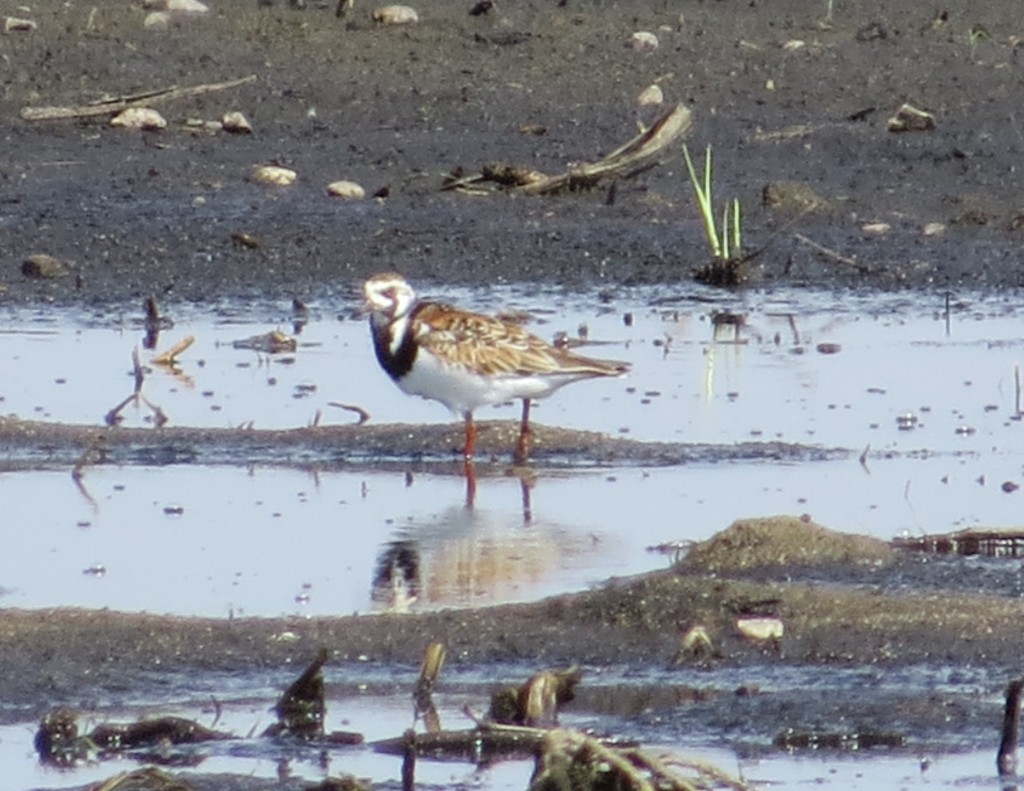 When we arrived I never saw the avocets.  I figured they must have left.  I saw some Canada Geese resting on the far shore, but there was not an avocet with them.  Then, magically, one appeared.  Evan was excited to see this second avocet of his life.  The Ruddy Turnstone didn’t really trip his trigger, but these avocets seem to get his attention and rightly so. Before long all four American Avocets that Steve reported had materialized. 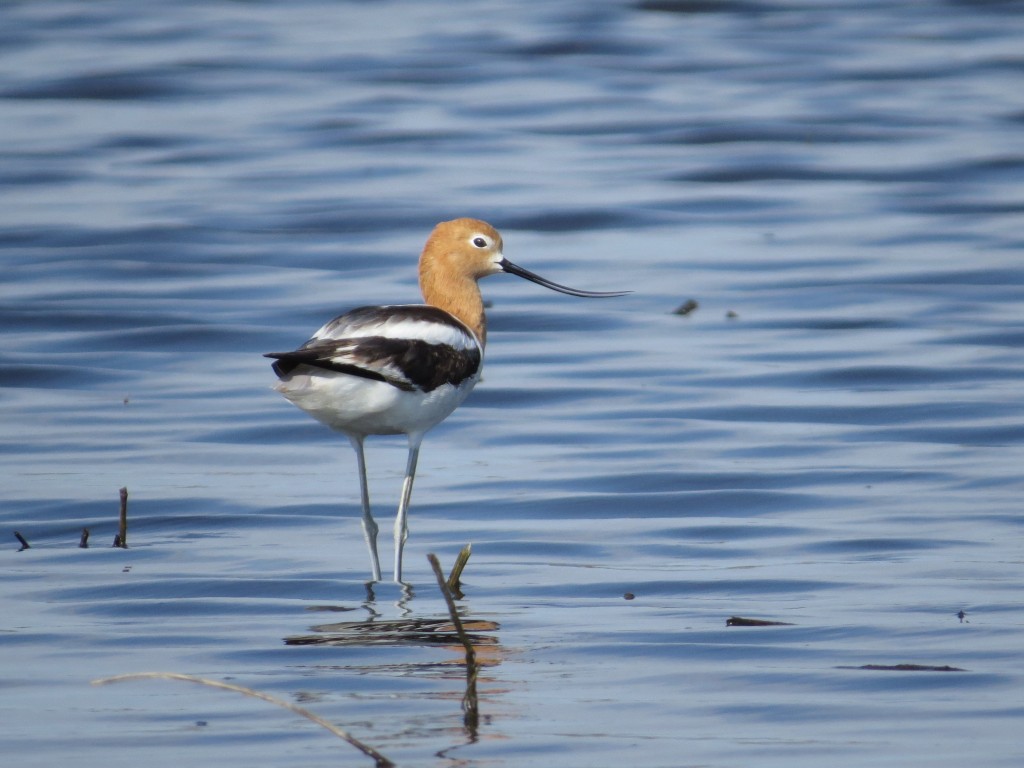 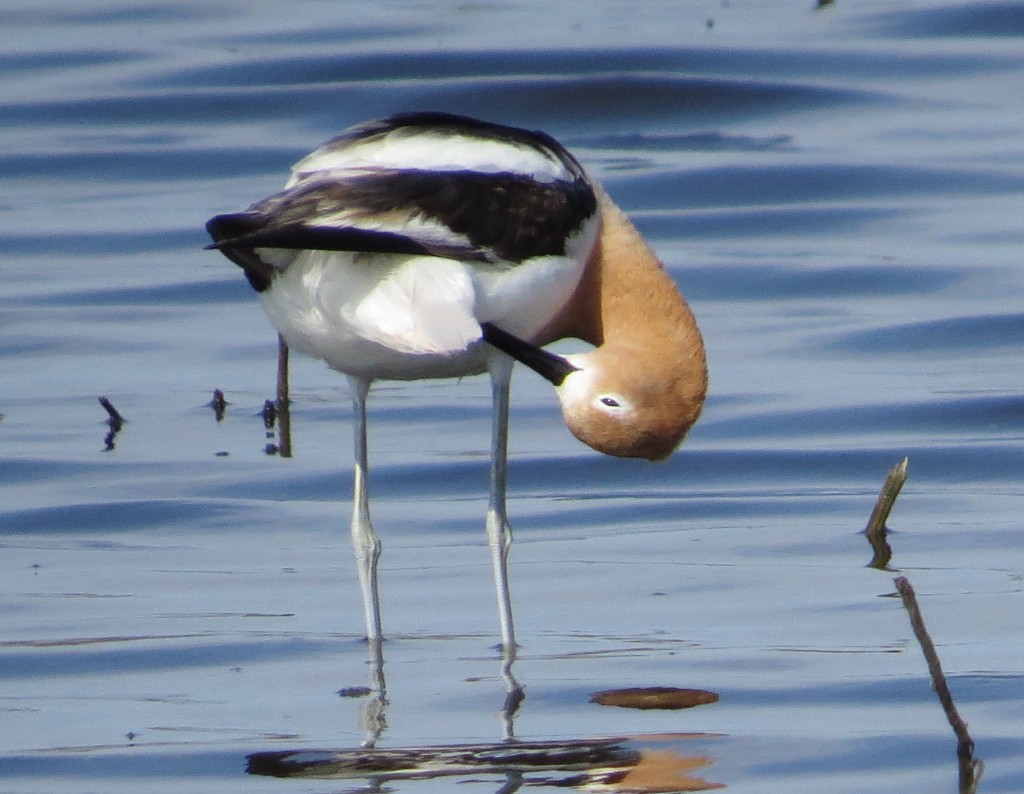 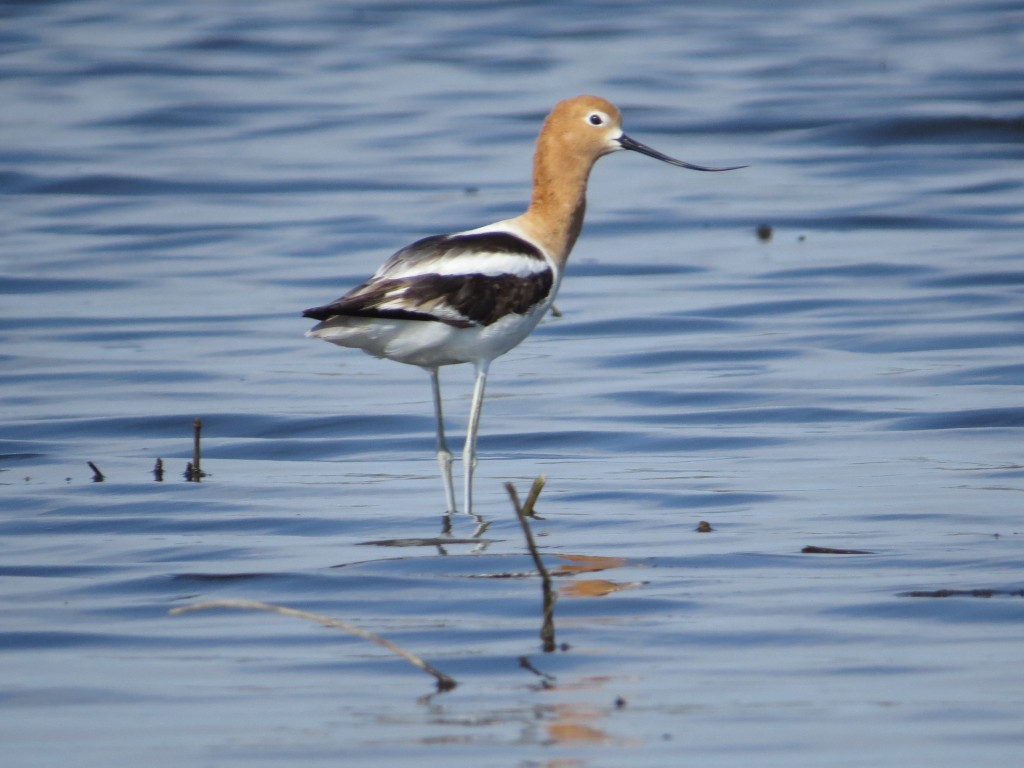 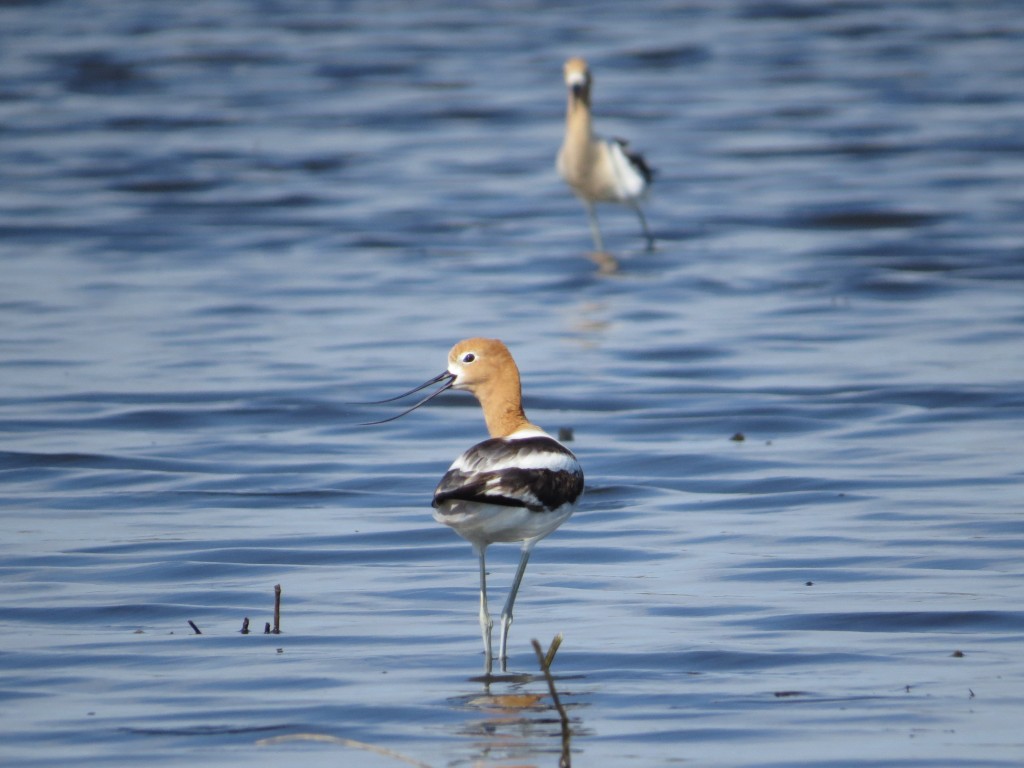 I continued to check out birds and photograph them while Evan played in the field. 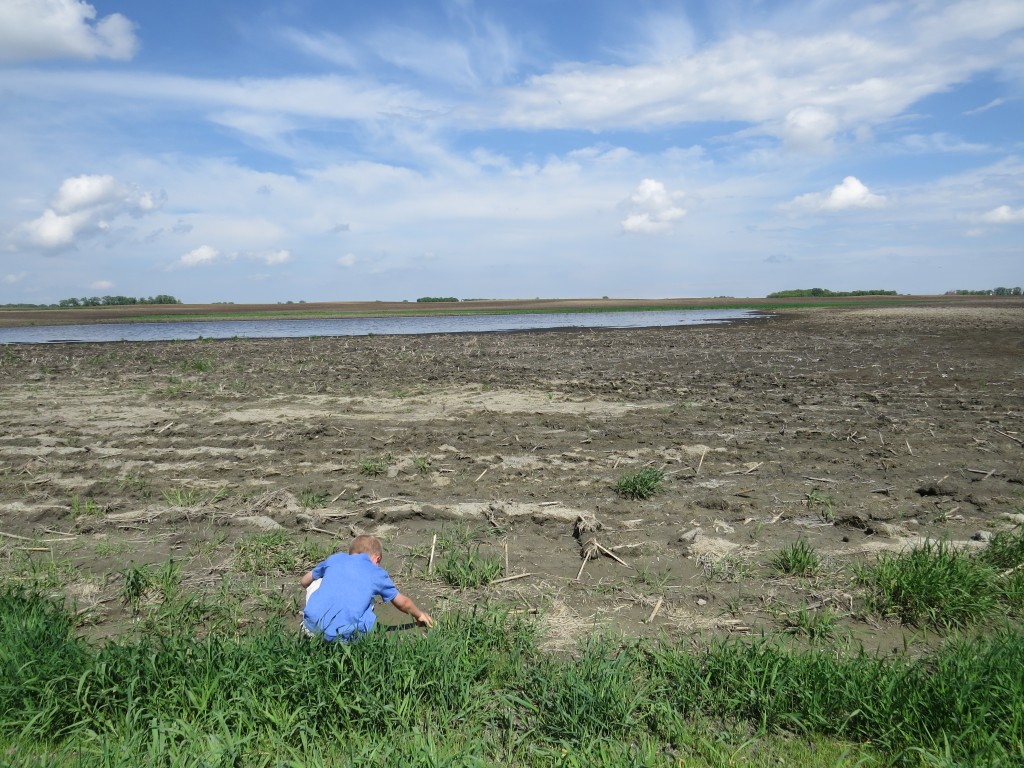 It’s a good thing that Randy showed up to break up the monotony by joking around with Evan and letting him look through his scope at all the cool shorebirds. 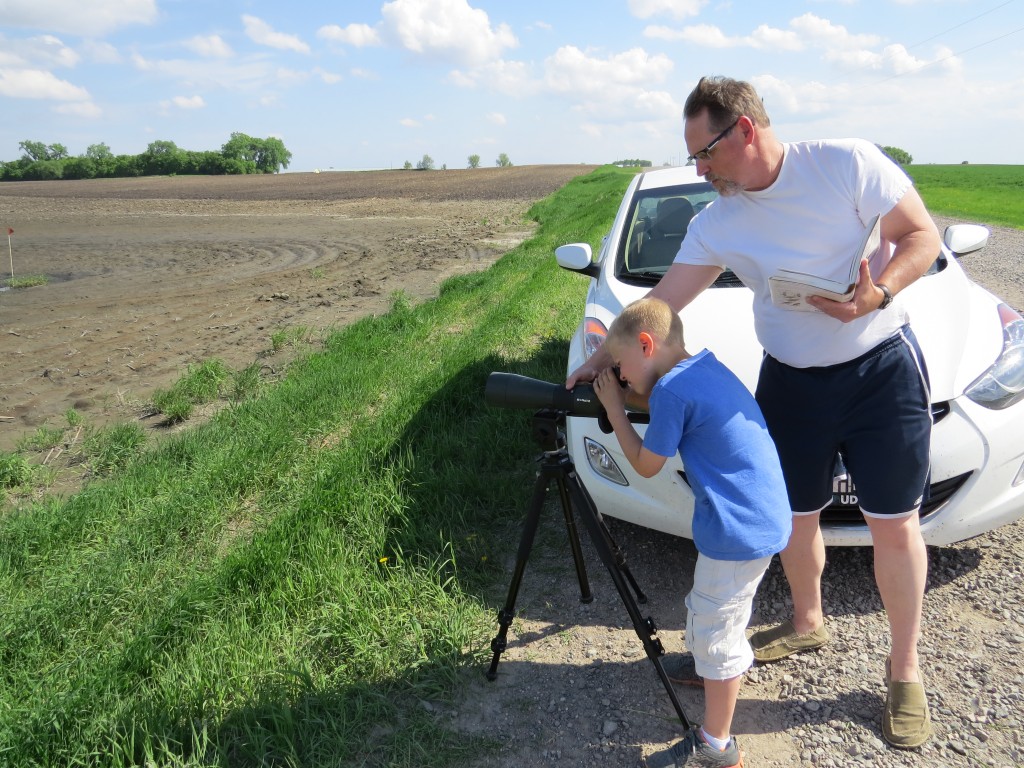 I was glad to have Randy there too.  We had seen Dunlin and Wilson’s Phalaropes in addition to the Ruddy Turnstone and American Avocets, but we didn’t even try to sort through the peeps.  Randy’s been to battle with shorebirds for many years, so he was undaunted by the challenge.  Within seconds he was calling out Least Sandpipers, Baird’s Sandpipers, and White-rumped Sandpipers. White-rumped was one we needed, so I told him to find us one. He would oblige and let us look through the scope to get our looks at this lifer. Then I’d try to relocate the one he’d found in order to photograph it.  The way these things move around and how many different species there were, I think it would have been easier to win the shell game against a hustler.  I gave up on photographing this bird that varies only slightly from a Baird’s Sandpiper.  I decided to cheat instead by photographing a whole flock of peeps and looking at my pictures later.  See the ones with the clear white rumps? Those are White-rumpeds. 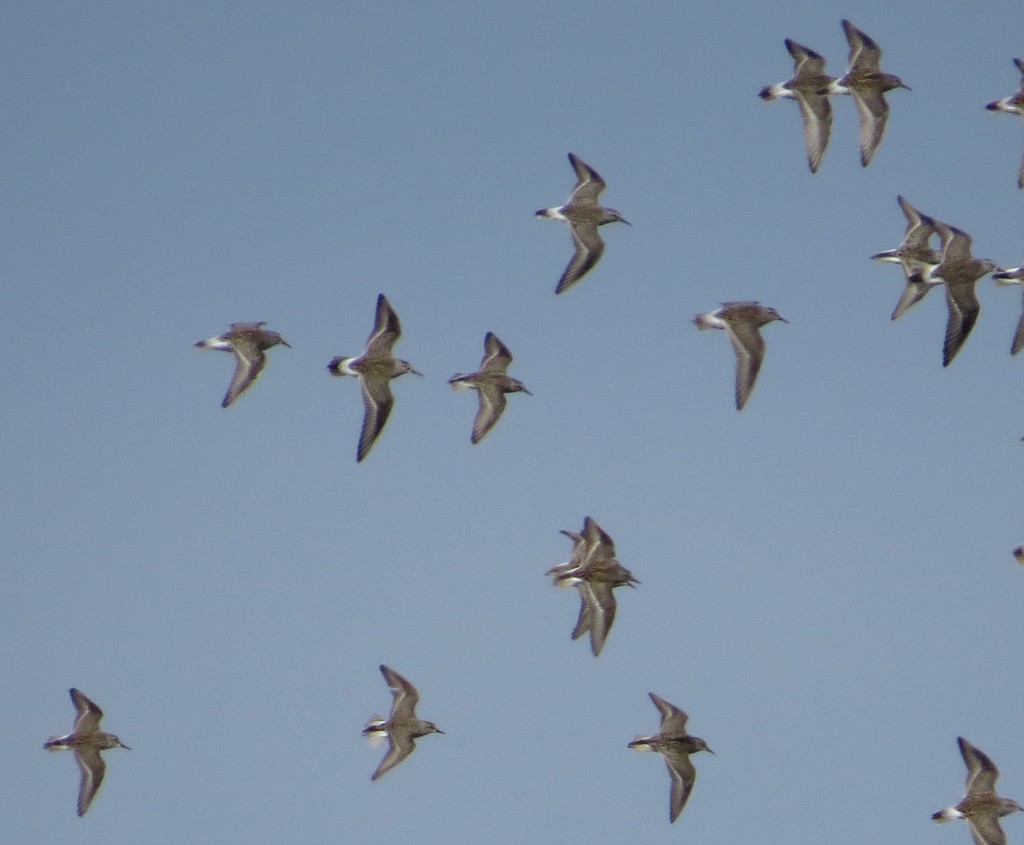 It was sad, really, that I spent a great deal of time trying to ID and photograph such a boring shorebird.  I even missed it when Randy was observing the Ruddy Turnstone living up to its namesake by literally turning over stones with its bill to look for a meal. Randy also taught us that little tidbit of knowledge.

Even though I was frustrated with the White-rumped Sandpipers, Evan was having a good time getting into this scope thing.  He even tried to turn a Killdeer into a Semipalmated Plover.  Check out the bird book in his hand opened right up to the plovers section. 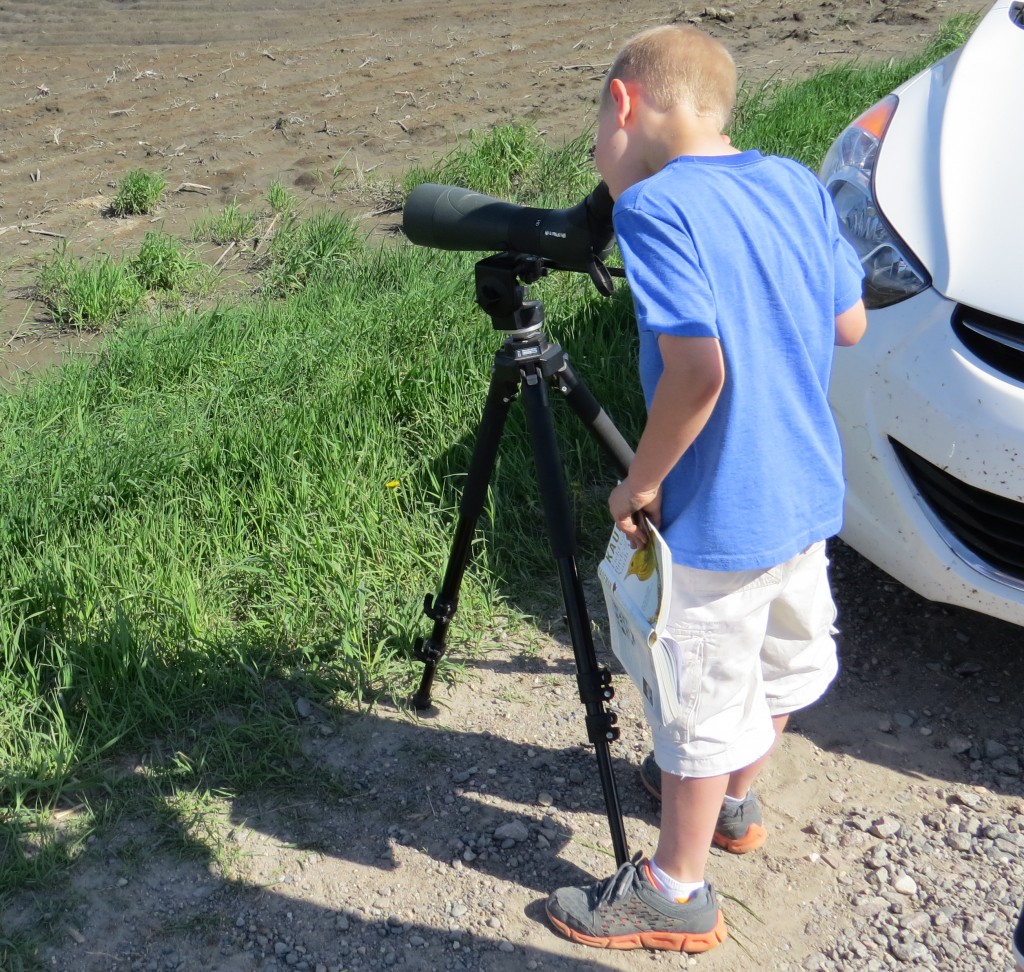 Two days and five life birds for Evan and four for me with some great sightings of some other really good shorebirds as well. This was quite unexpected.  Migration has been screwy this year.  Normally we wouldn’t be chasing shorebirds after warblers.  Now, though, it’s open season on these guys again.  And I’m learning that shorebirds are still arriving in states to the south of us.  Tomorrow is my first full day of summer vacation, so Marin and I will be hitting the few local shorebird spots to keep up on the action. There will be no rest for the weary.