“A steam locomotive!” Melissa hollered when we both heard the old-timey hollow whistle of a train.  It’s a sound we all know well from TV and movies, so I just figured the kids were watching some show on the iPad.  I didn’t realize it was an actual locomotive cruising down the railroad tracks near our house.  “I read about this last night – quick, take Evan outside to see it go by!” she yelled.  Evan and I hustled out the door and looked toward the tracks only to see two big puffs of smoke coming from the west.  The train was headed away.  We missed it.

Just then Melissa burst out the door with Marin in her arms.  “Did you see it?”

“Do you have your keys?”

In a frenzy the four of us piled into the car, and we were off, racing out of the neighborhood and nearly taking corners on two wheels. We got onto the highway that runs parallel to the tracks and were straining to see where it was.  Unfortunately traffic was moving slow because the lead car was running right beside the locomotive giving himself a good view while the rest of us couldn’t see it.  Apparently everyone else knew what was going on today because at every train crossing there were lots of cars with people standing out in the rain, hoping to catch a glimpse of this old train in operation.

We finally got near the locomotive as it slowed down in Willmar where it was stopping at the Old Depot.  There were people everywhere, and most of them were men past the age of 60.  People were driving wrecklessly as they jockeyed to catch a view.  I never would have imagined being cut off by an 80-year-old man.

We were able to find a place to park.  We were a little bummed that neither of us had a cell phone along to take pictures with until I realized that I had my birding camera in the car.  So we were able to get out for some fun pictures. 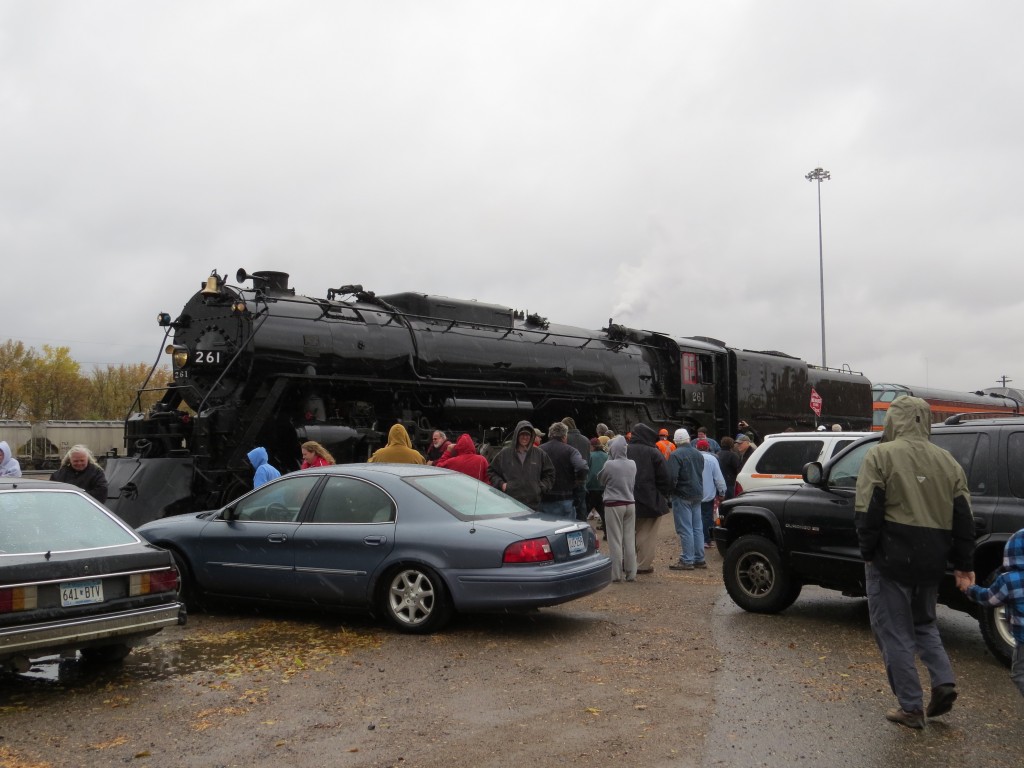 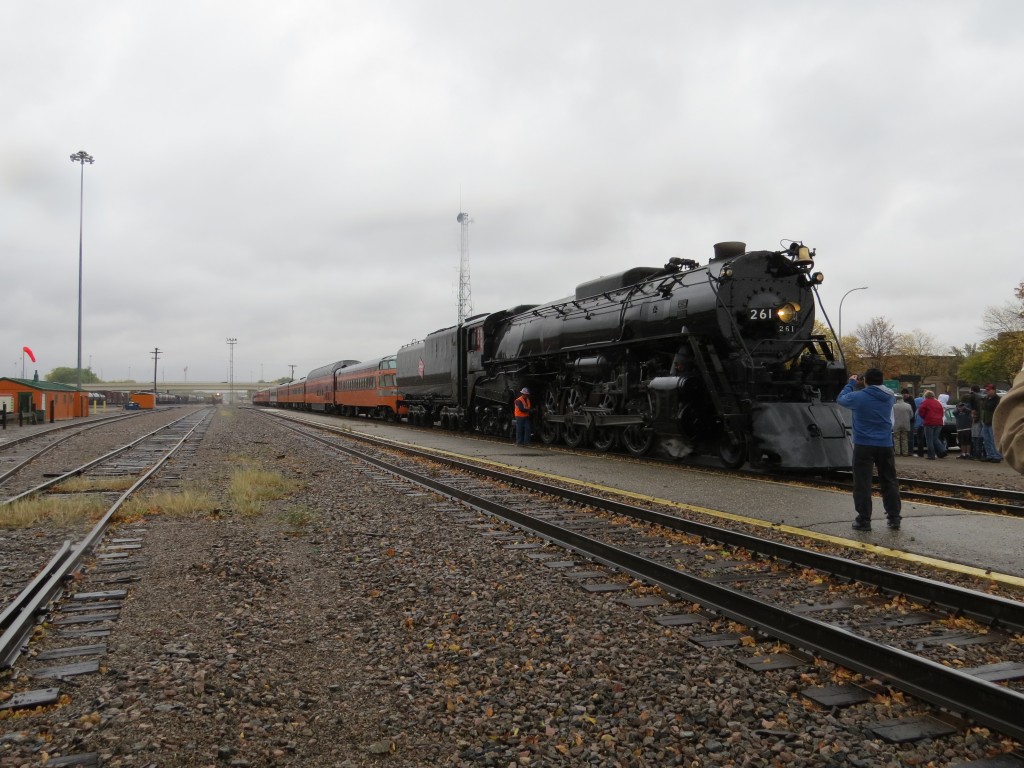 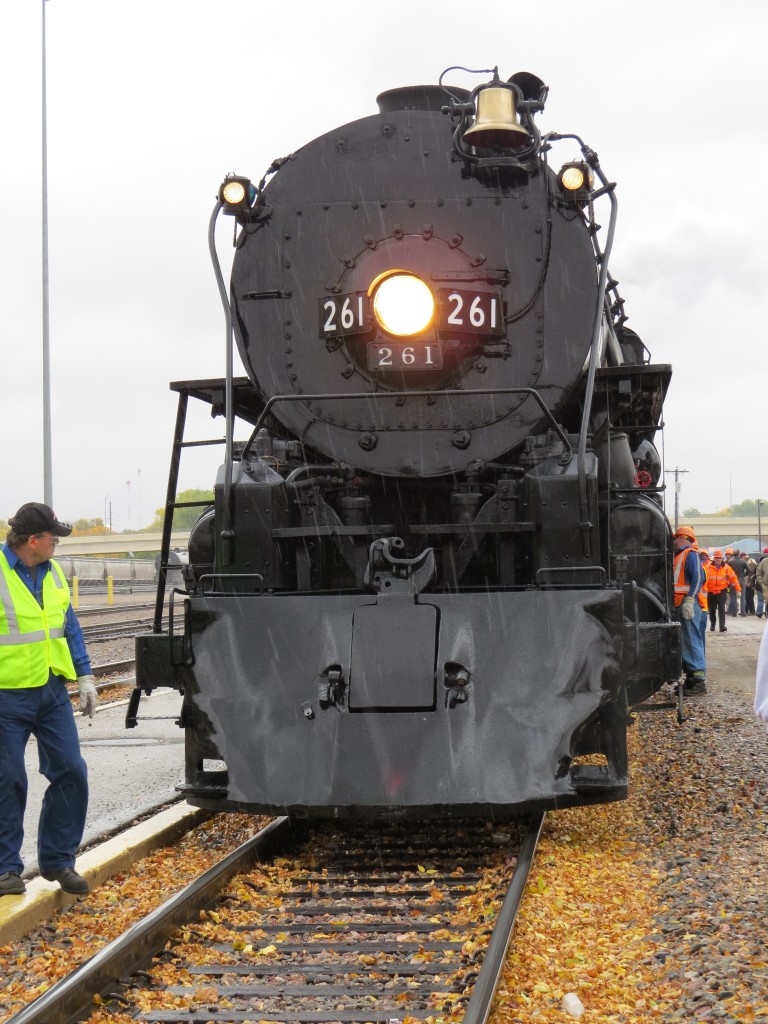 The locomotive then detached from the old passenger train it was pulling.  We determined (after chasing it) that it decoupled from the train to get on another track, turn around, and attach to the other end to pull the train back east. 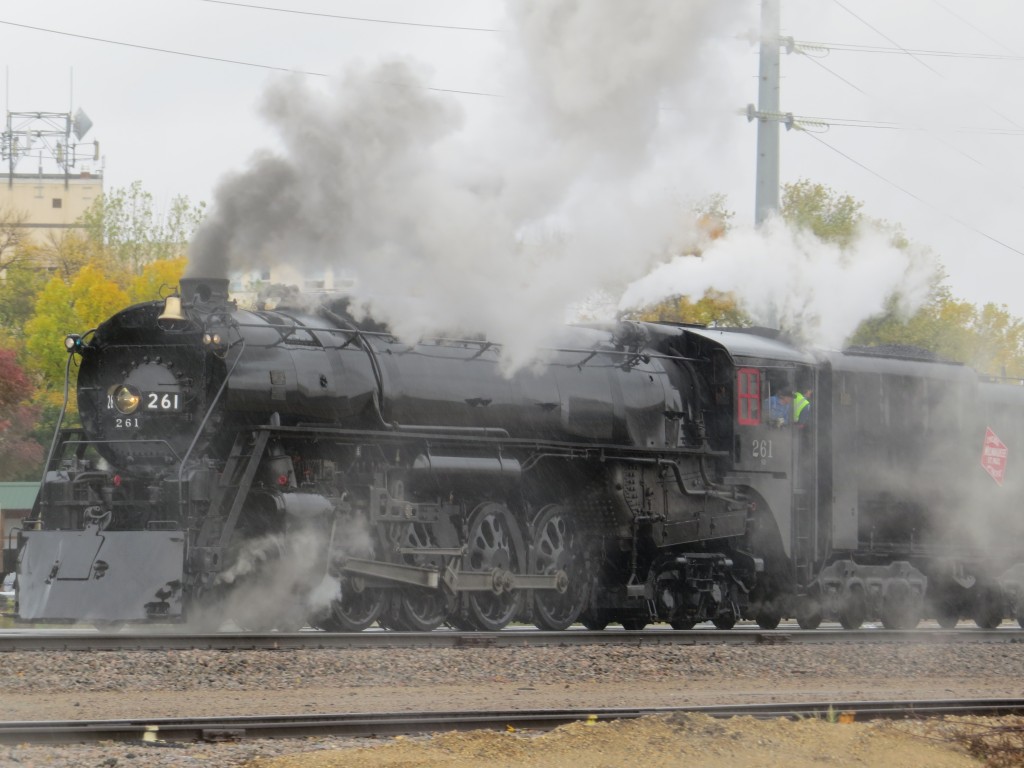 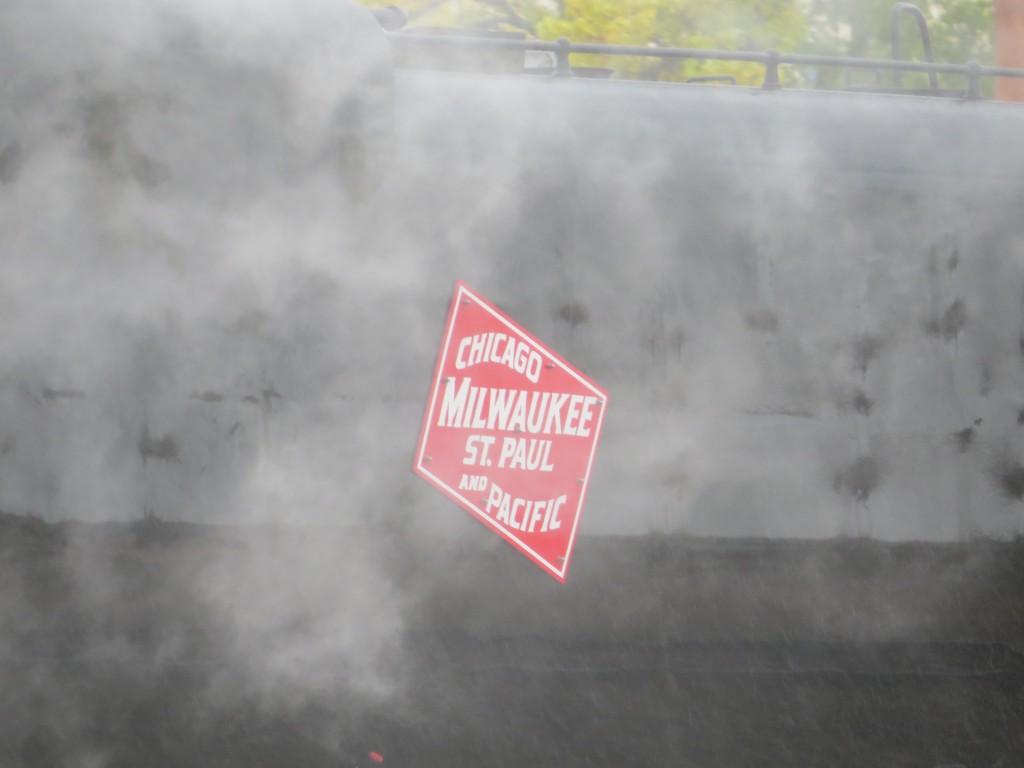 It was an exciting chase. I even told Melissa that it was just as much fun as chasing after a good bird. This was a really fun, unexpected outing on this day.  I’m sure my dad, who is a train buff, would have loved to see it.  He would have been even more excited to learn this locomotive was built in June 1944, two months before he was born.

Since we knew that train was heading back east, we went on ahead of it to an old bridge that goes over the tracks to get a really good view of the train passing under us.  We got tired of waiting and decided to head back home on the country roads. That’s when we started to see some bird action.  There were numerous Vesper Sparrows on the roads.  But then we saw a bigger bird fly up on to a wire.  It was a Western Meadowlark – another reminder of my dad as that’s his favorite bird.  These birds are in decline and are always a delight to see. We were able to get a few pictures of this guy before finally heading home. 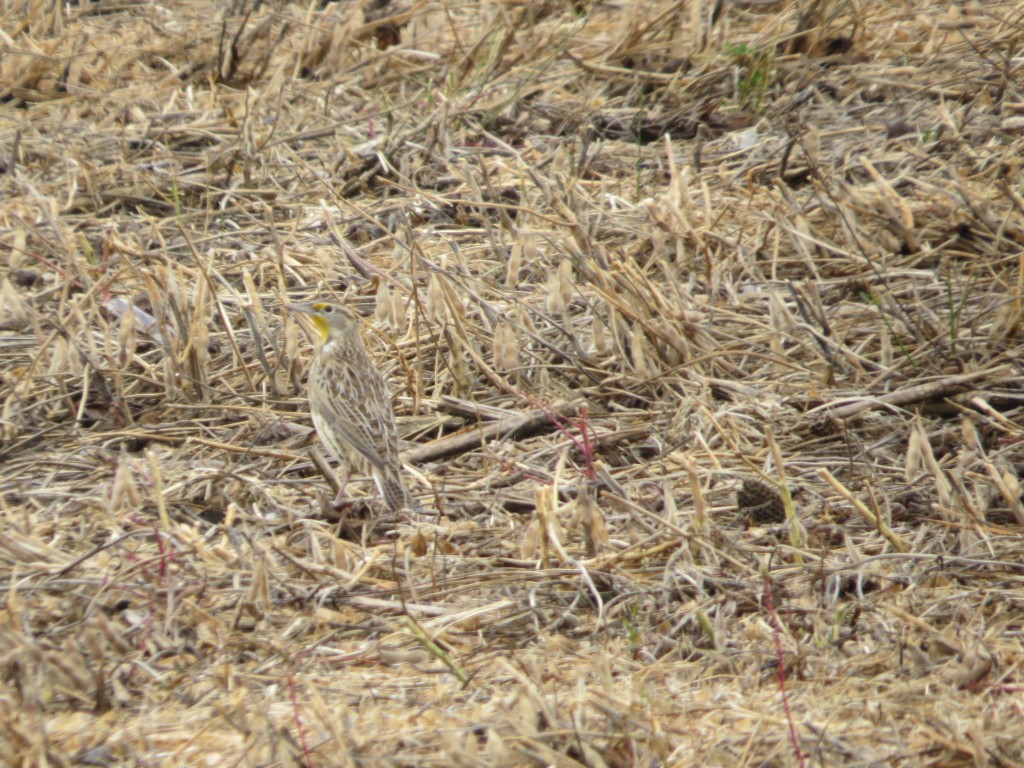 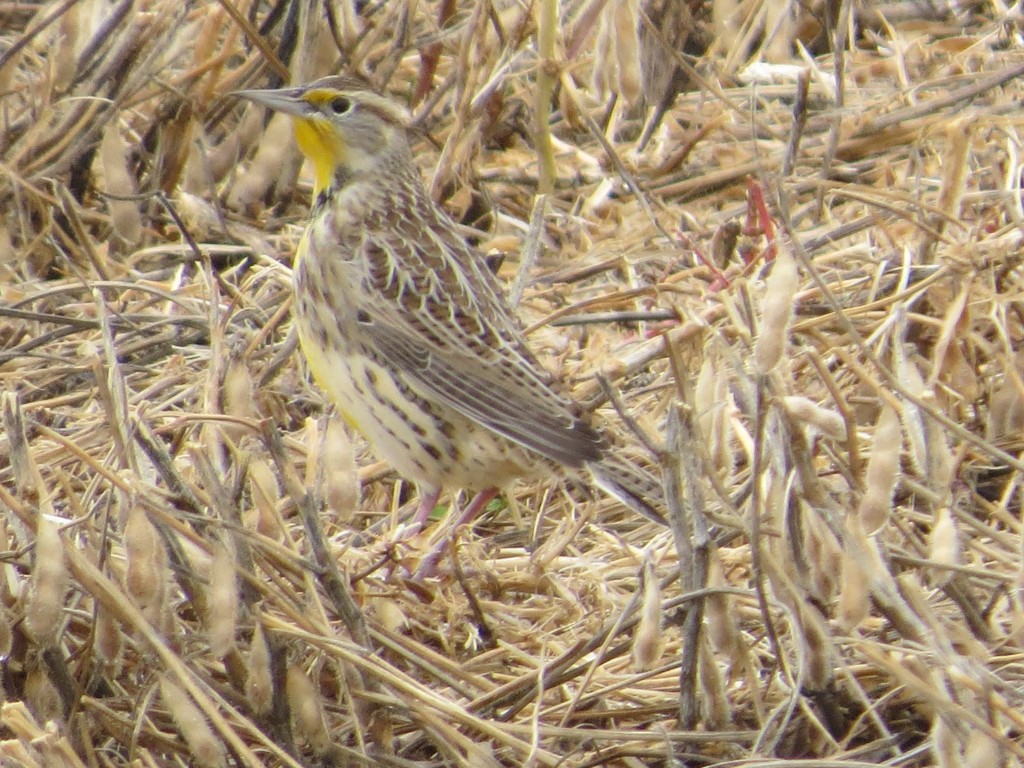 So we went after a train on a lark, and we ended up finding a lark too.  It was a memorable adventure.