One might think from reading this blog that we go birding all the time.  While we do like to get out whenever we can, today was not supposed to be a birding day.  Instead we were supposed to be packing and getting ready to join my entire immediate family for a reunion vacation in the Apostle Islands off the north shore of Wisconsin.  Getting the entire family together is a biennial occurrence since my sister lives in Nigeria and only comes back to the U.S. every other year.  The kids were excited to see all their cousins. I was excited to hang out with both my siblings and their families.  I was also excited to get another crack at getting the Blue-headed Vireo, maybe photograph a Mourning Warbler, and possibly see the endangered Piping Plover. But we don’t always have control over the circumstances of our lives.  Last night Marin’s illness morphed from just a fever into a horrendous case of itchy feet.  She writhed all night long and got no more than an hour of sleep.  We tried every remedy we could think of to bring relief to her feet.  Nothing worked.

The itchiness only intensified in the morning, so I brought her in to the doctor.  The conclusion? Hand, Foot, and Mouth Disease – a highly contagious viral infection of which there is no topical relief.  Only time can alleviate the symptoms of this nasty bug. When I asked the doctor how long Marin had to be away from other children, I was dumbstruck by the response: one week.  That was the length of this reunion vacation. I knew then that we would not be joining my family.  There wouldn’t be an Apostle Islands birding adventure. It was devastating. Even if Marin did start feeling better, we couldn’t risk spreading the virus to her cousins.

While that news was tough enough to take, Marin’s feet weren’t getting any relief and we were all subject to a day of incessant screaming and crying.  Evan became a TV zombie logging in nearly 8 hours on the tube while Melissa and I spent our day trying to somehow help and console someone that couldn’t be helped or consoled.  On top of the pain, she was exhausted.  She had been awake for well over 36 hours. It was an awful day.

Since Marin was calm in the car when I took her to the doctor, I suggested we take a drive to hopefully get her to relax.  After all, she often will easily fall asleep in the car when she won’t nap at home. She needed rest.  We needed a reprieve.  So we went birding even though we never were supposed to. Today we birded to escape – to escape the disappointment, to escape the screams, to escape the TV and the confines of the house.

My hypothesis about Marin being calm in the car was wrong.  She continued to writhe in agony for nearly 45 minutes.  Finally, after one scream-fest to end all, her body gave in to sleep.  Who cares if we saw a bird; we were finally catching a break.  But we were birding, kind of.  I took a long route to check Joel’s marked locations for the Wood Thrush and the very rare Henslow’s Sparrow.  We birded for the thrush by sight only as Marin was still screaming at that point.  Even if I was willing to roll down a window, we wouldn’t have heard a bird.

It was fun to find another Indigo Bunting.  I seem to find them each time I go out now. Just a couple months ago I had never seen this cool bird before. 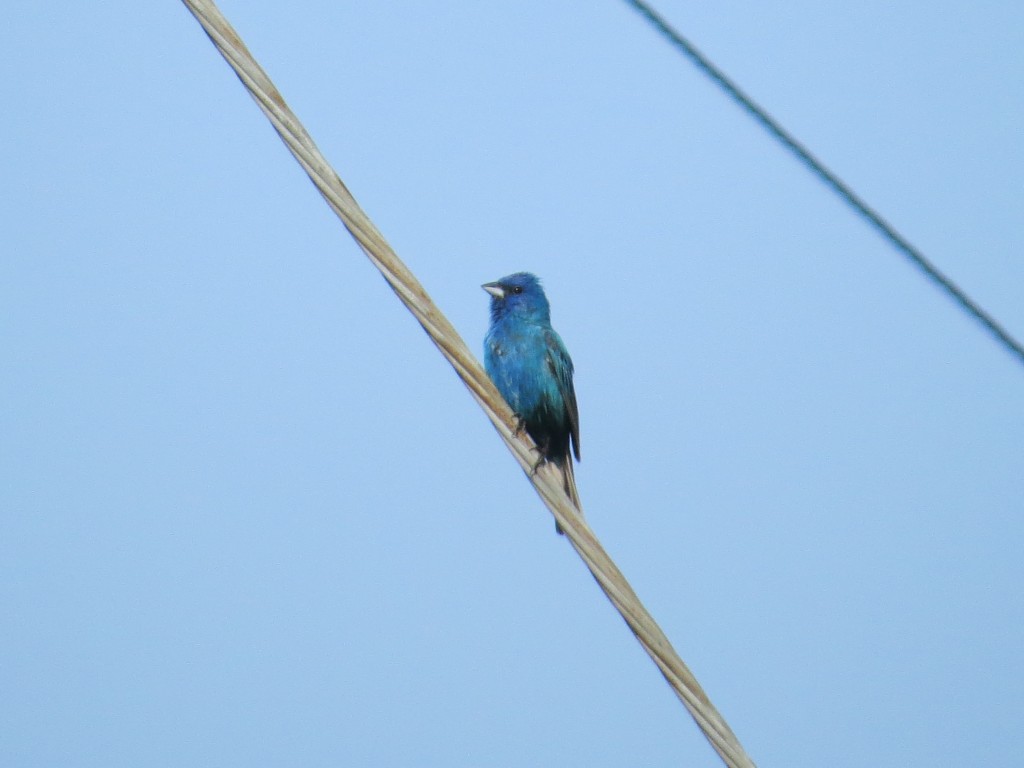 As we neared the location of the Henslow’s Sparrow in our now quiet van, this caught my eye: 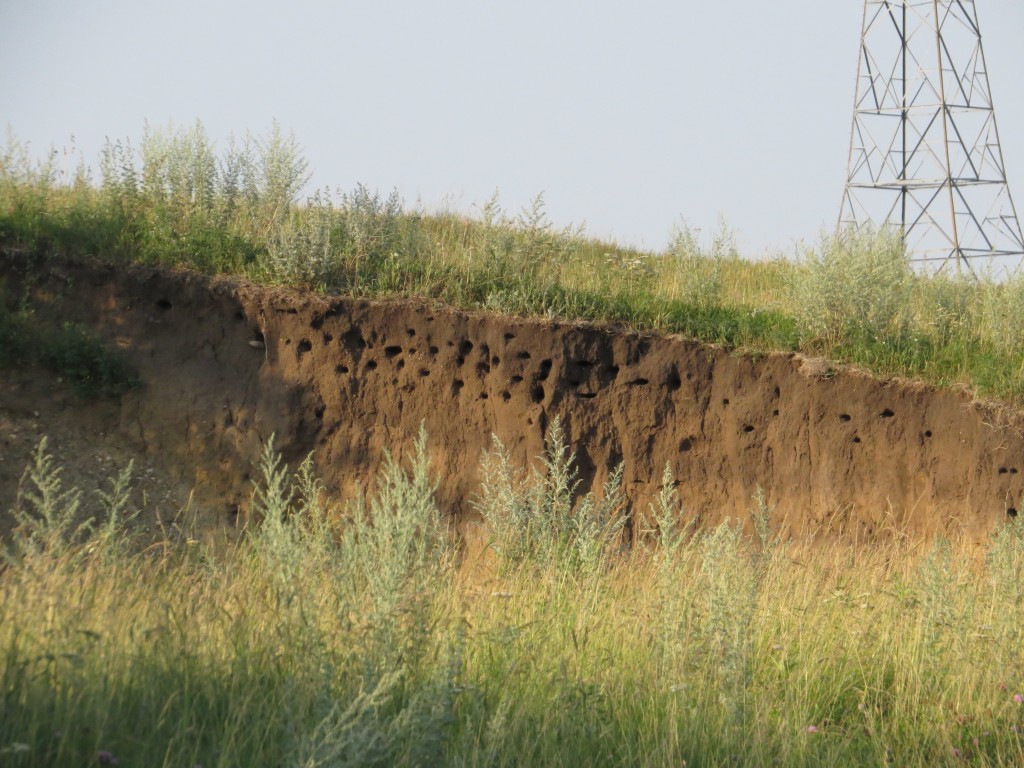 I recognized it as being a nesting colony for Bank Swallows.  I got my Bank Swallow lifer this spring, but Evan still needed it.  The two of us hopped out of the van while the girls slept inside.  After watching for just a couple of minutes, we started to see swallows flying around and diving into the holes.  I had the camera zoomed to the max, but here you can see three (possibly young) birds, waiting inside one of the cavities. 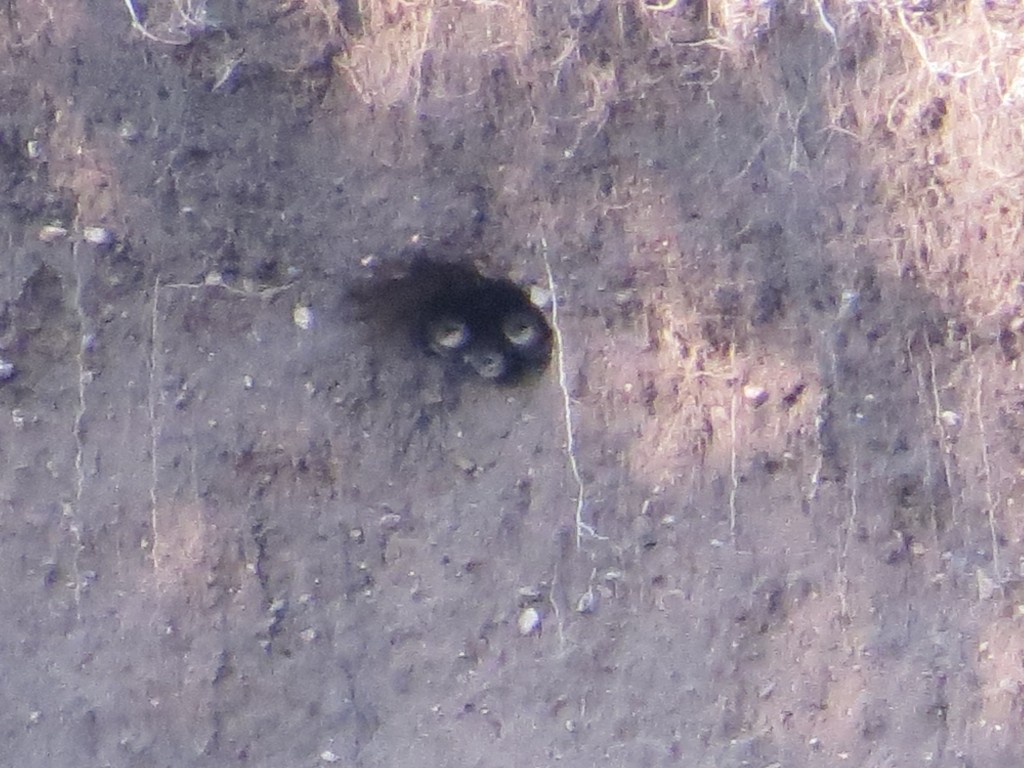 The habitat indicated Bank Swallow, but I wanted my conclusive proof that that’s the bird we were looking at.  With much difficulty I finally got the photographs I wanted to help me make that determination.  Do you see the dark band across the breast?  That’s the signature field mark of the Bank Swallow. 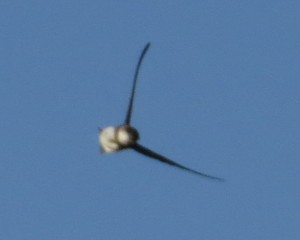 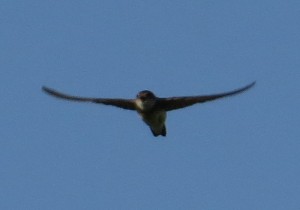 This was a nice find for this birding trip that we wish we weren’t on.  We ended up striking out on the Henslow’s Sparrow.  Oh well.

Who knows what the coming week will bring.  We have several days’ worth of Plan Bs to come up with.  I imagine we will try to knock off a few of the lifers that still remain in our part of the state.  It definitely won’t be the same as chasing warblers and hunting an endangered species, but we will make the most of it.