…not #2, but lifer #197 for Evan.  This evening I took the kids out to see if anything was happening on the Atwater sewage treatment ponds.  Believe it or not, but birds and birders flock to sewage ponds.  Right now fall shorebird migration is starting, and these are some of the best places to check for new migrants. 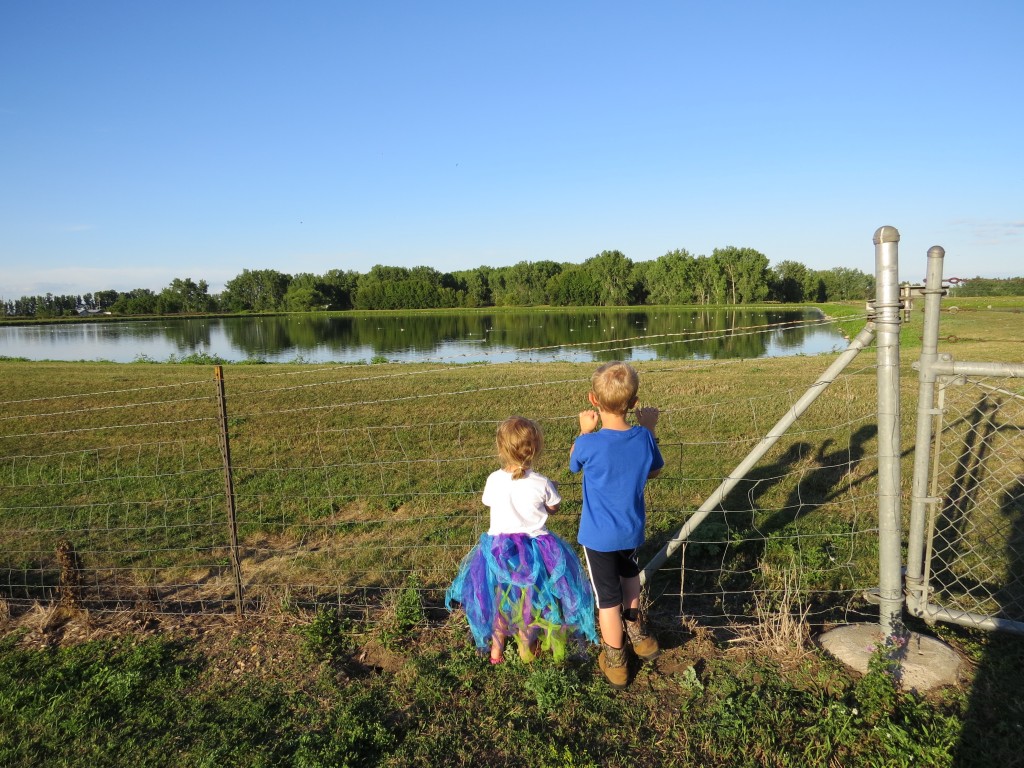 While we were there we saw dozens of Canada Geese and several Mallards.  It was fun to see Franklin’s Gulls – they are the ones with the black heads.  I had never seen such a gull or knew one existed until this past spring.  I think they’re pretty neat.

There were lots of immature gulls, but I found one nice mature one to photgraph. 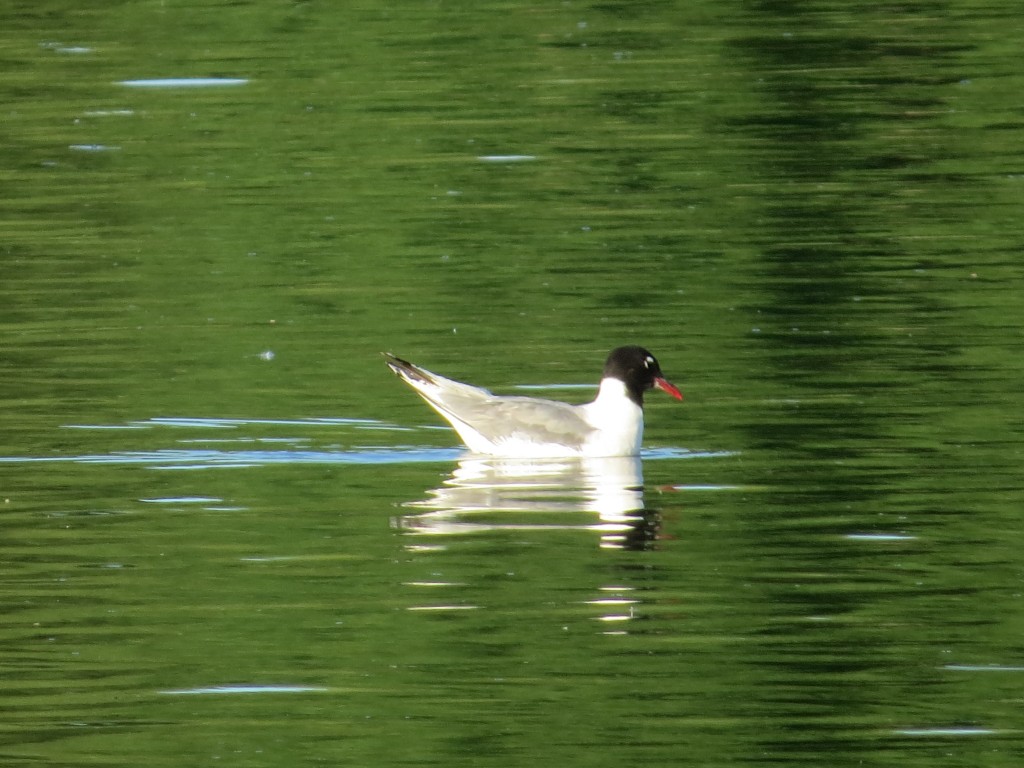 Despite all the activity on the water, I wasn’t seeing anything new until I spotted a small bird moving quickly back and forth through the water.  It looked like a phalarope, but I wasn’t sure.  Shorebirds can look a lot different during fall migration than spring migration.  I took lots of photos to study later. 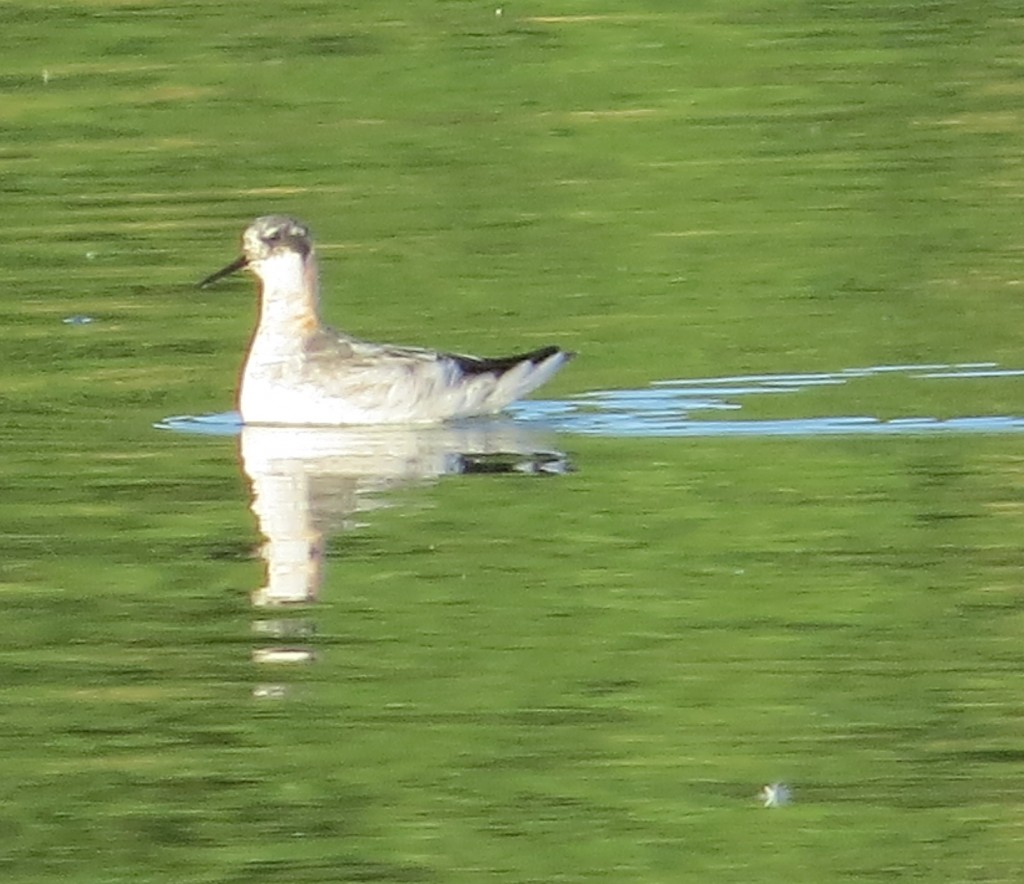 I thought I had the Wilson’s Phalarope, a bird that Evan needed but I did not.  However, after studying the field guide and my pictures when we got home, I knew I was dealing with either a Red-necked Phalarope or a Red Phalarope.  The latter would be very rare.  The former was more probable.  Either way, it was exciting to get a life bird for both Evan and me.  The following photo helped me conclude it was, in fact, the Red-necked Phalarope. 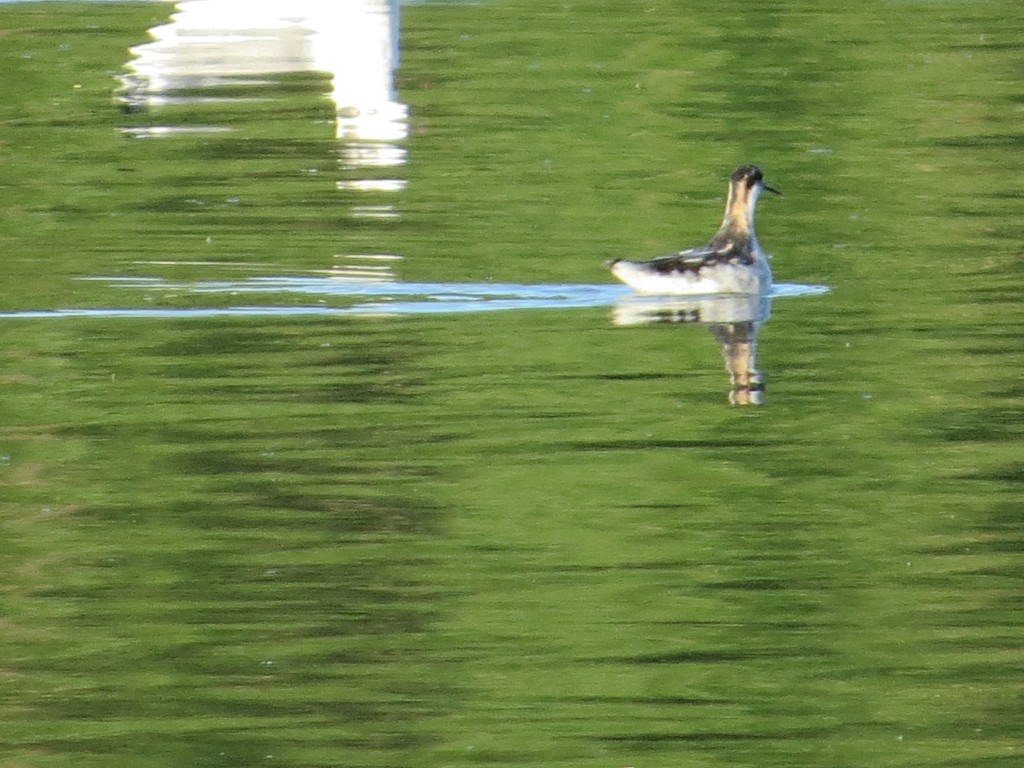 This wasn’t the only birding we did today. We started our day in search of the two cuckoo species that inhabit our area.  I invited my friend Jeff and his two kids along as his family has taken quite an interest in birding.  It was fun to show them birds that were common to us but new to them.  Jeff got quite a kick out of me calling in not one, but three Sedge Wrens. One wren was quite agitated at us.  We just saw this one for the first time ourselves yesterday.

We did not find our cuckoos, though we did hear one.  It was a fun time regardless as we watched Northern Cardinals, Eastern Kingbirds, Cedar Waxwings, Common Yellowthroats, American Kestrels, Purple Martins, American Goldfinches, Eastern Wood Pewees, Baltimore Orioles, and Black-capped Chickadees. It kind of amazed me how many birds have started to just blend into the background for Evan and me.  We get so focused on finding the new bird, that we often miss all the cool stuff that’s around us. It was a refreshing birding experience.  I had so much fun pointing out birds to Jeff and his kids and watching the birds myself that I didn’t really take many pictures.  It was just good to be out in nature with some good friends.