One bird that Tommy, Evan, and I kept watch for as we traveled through Necedah National Wildlife Refuge was the Red-headed Woodpecker.  Tommy got his lifer a couple days prior on his Grand Forks trip.  This was a bird I hadn’t seen since 2014.  And whether you have freshly lifered on this bird or seen dozens, it is one that you really can’t get tired of seeing.  I was pretty excited about the possibility of finally ending my streak of days passed since seeing a Red-headed Woodpecker.

Once we got closer to the Visitors Center on the south end of the refuge, we started driving through some Oak Savannah habitat–good-looking stuff for a Red-headed Woodpecker.  It didn’t take long to spot one. Or two. Or three. Or a dozen.  They were everywhere.  It was insane and wonderful all at once. 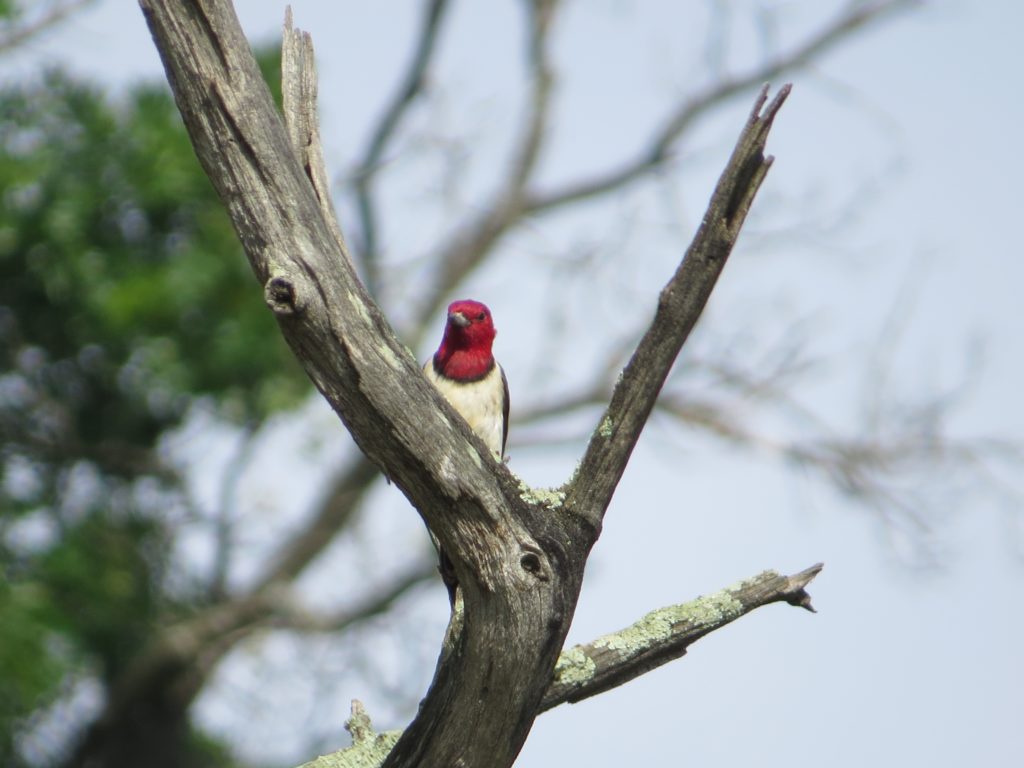 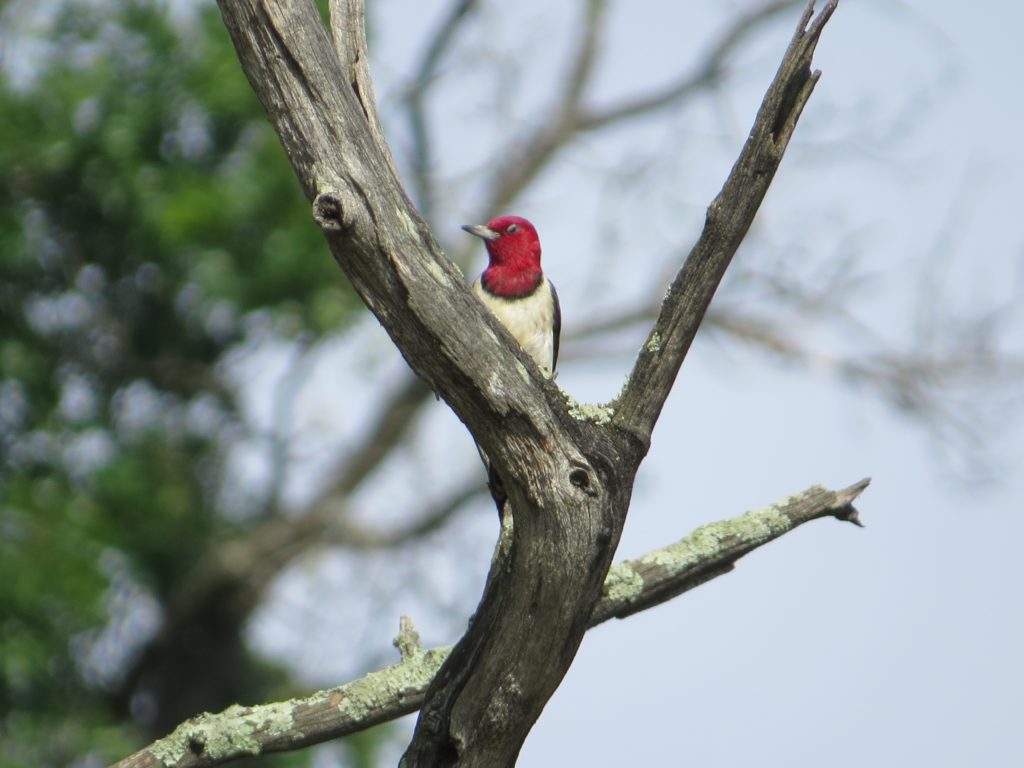 What’s this bird looking at? Probably a mate or a competitor for a mate. There were two that were involved in a seemingly endless chase, never once pausing for a good picture.  At one point we saw them lock feet and fall to the ground like Eagles.  It was fantastic. 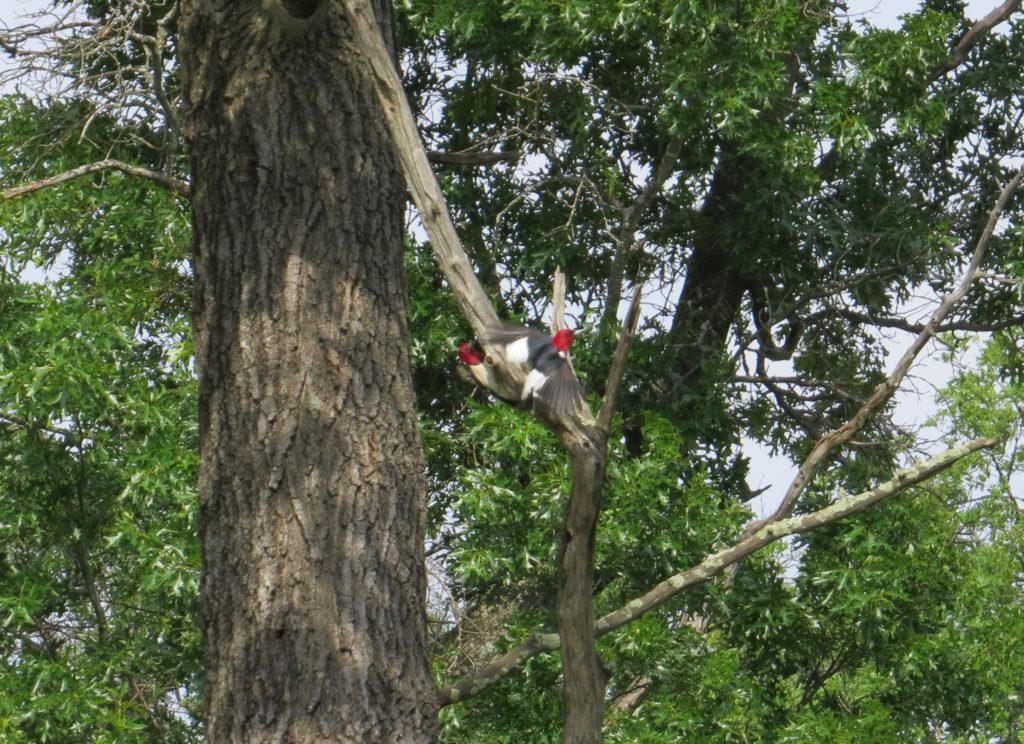 My own personal RHWO drought along with the near-threatened status of this bird made seeing this abundance of Red-headed Woodpeckers extremely thrilling.  Never mind that this Woodpecker is ridiculously striking in appearance, sporting a bold, simplistic color pattern. 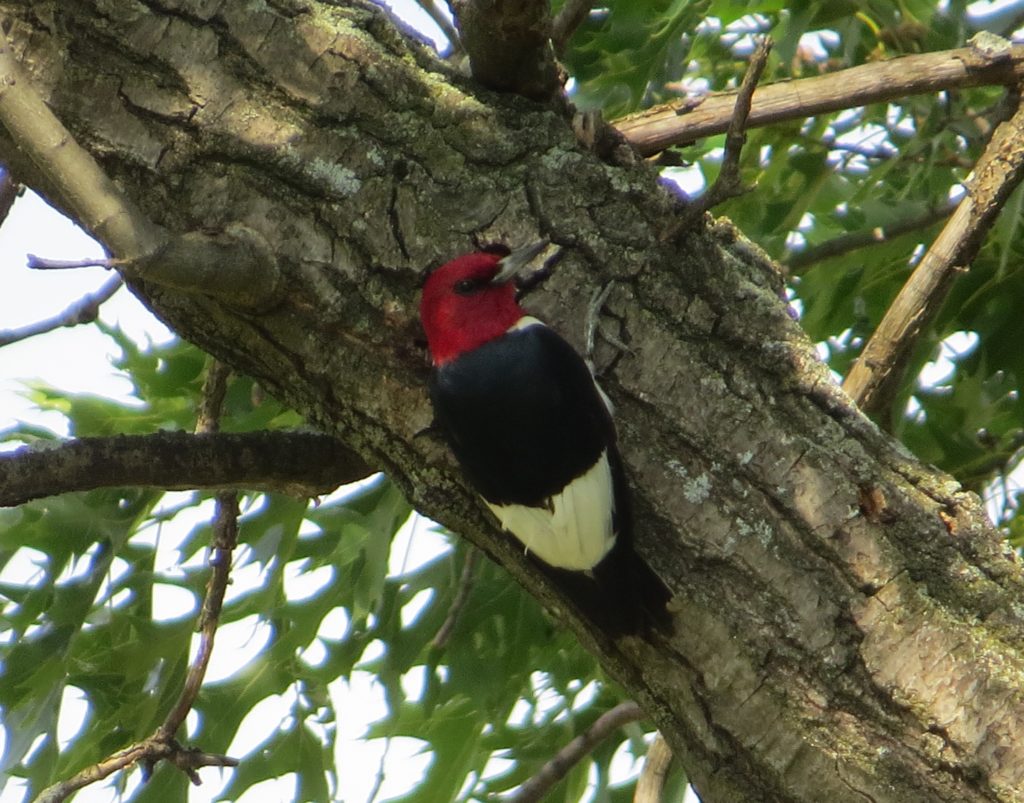 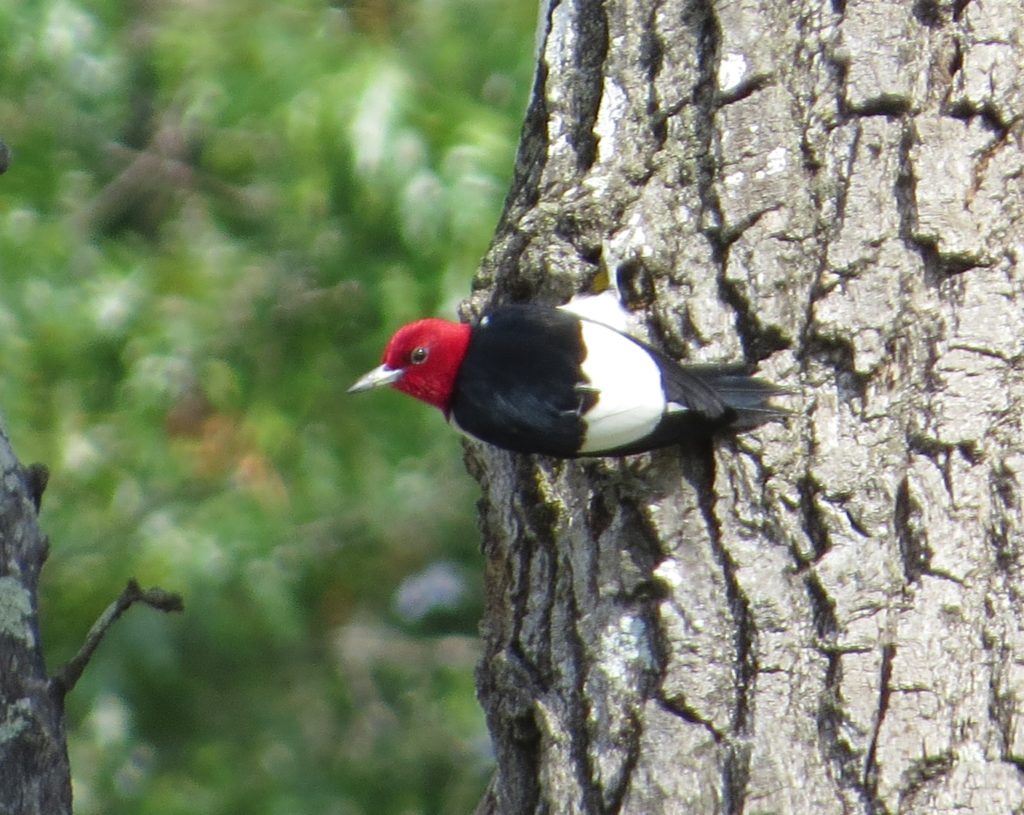 Evan enjoyed looking at all these cool Woodpeckers flying around us everywhere. 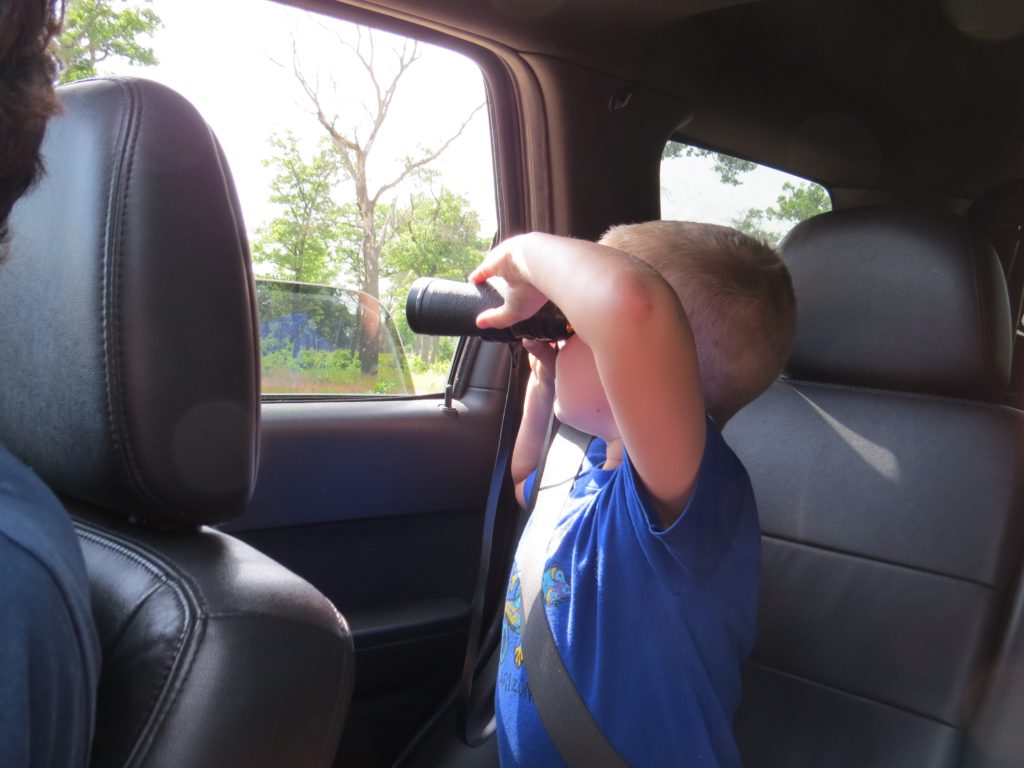 Then again, who wouldn’t? 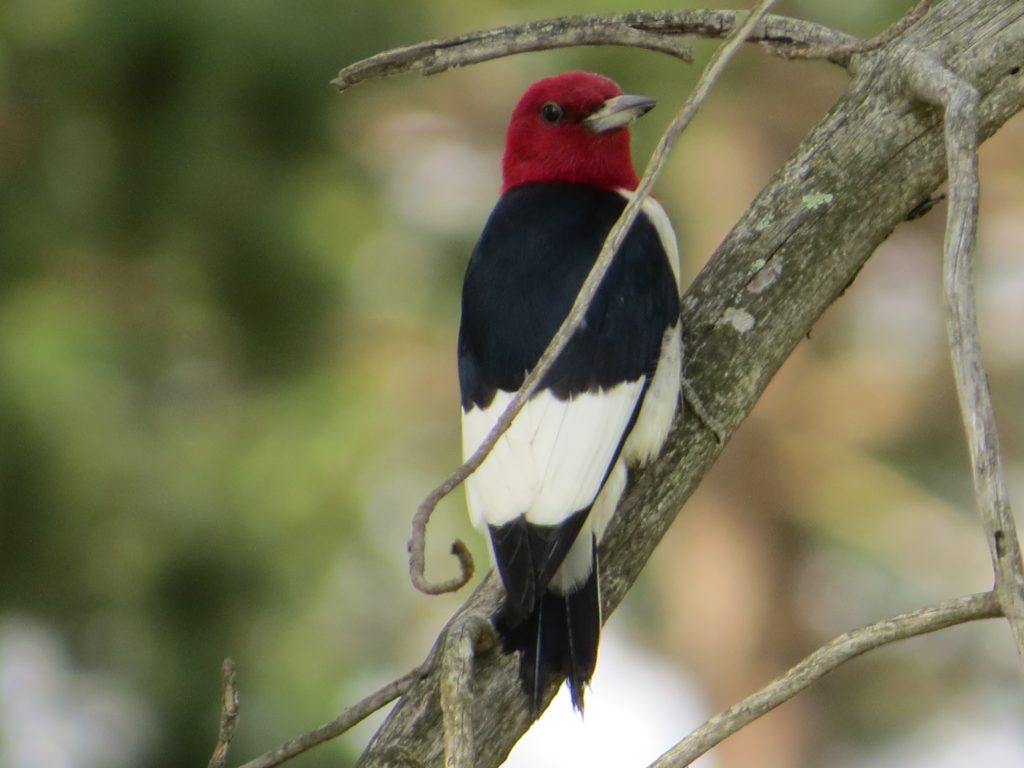 It’s unfortunate that we didn’t have more time to spend with these Woodpeckers at Necedah as other areas of Necedah required exploration before we had to break for supper, hotel check-in, and Kirtland’s scouting.  But it’s good to know there is a place where one can go and see this species with ease.

On the home front, Red-headed Woodpeckers are getting harder and harder to come by.  As I mentioned before, I saw zero RHWO anywhere last year.  So I was quite thrilled when Randy Frederickson and I spotted one just recently in the home county while conducting our annual search for Blue Grosbeaks. 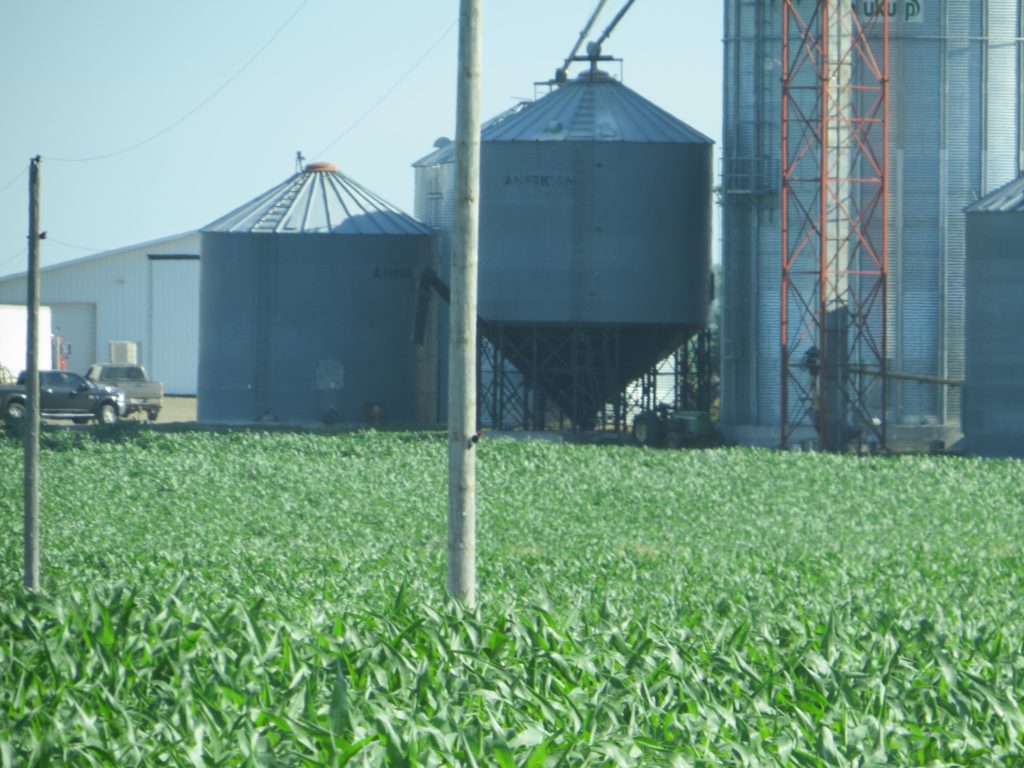 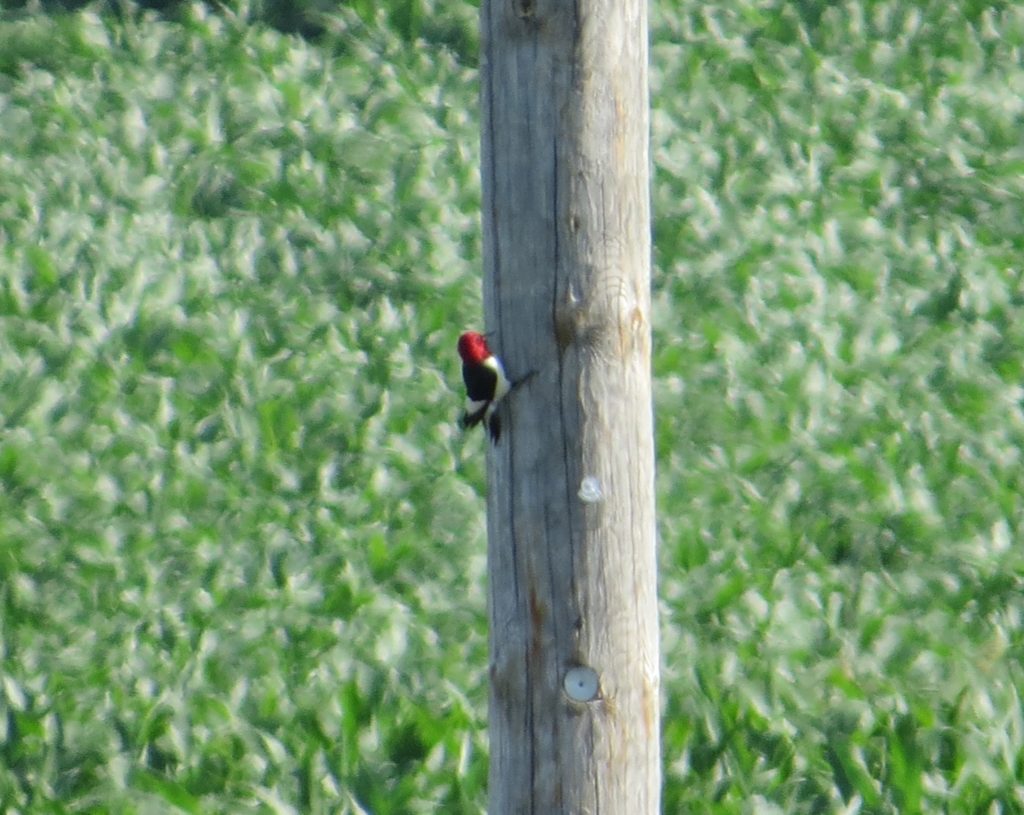 We can only hope that our local population will rebound to become even a fraction of what we saw at Necedah.