For the first half of our SF stay we were a mere three blocks from the Fisherman’s Wharf area and all that the waterfront has to offer.  Adjacent to San Francisco Aquatic Park and along the waterfront is Fort Mason, a former U.S. Army post that has now been incorporated into the Golden Gate National Recreation Area.  Consequently it provides a substantial green space in San Francisco, making it an ideal place for birds and birders to frequent.  Because it was so close to our hotel, I was able to make several visits in an effort to pick up a few lifers.  Fort Mason gave me my first of many “California”-named lifers, the California Towhee.  The California Towhee was a pretty common bird on the trip with a distinctive song that made it easy to pick out. 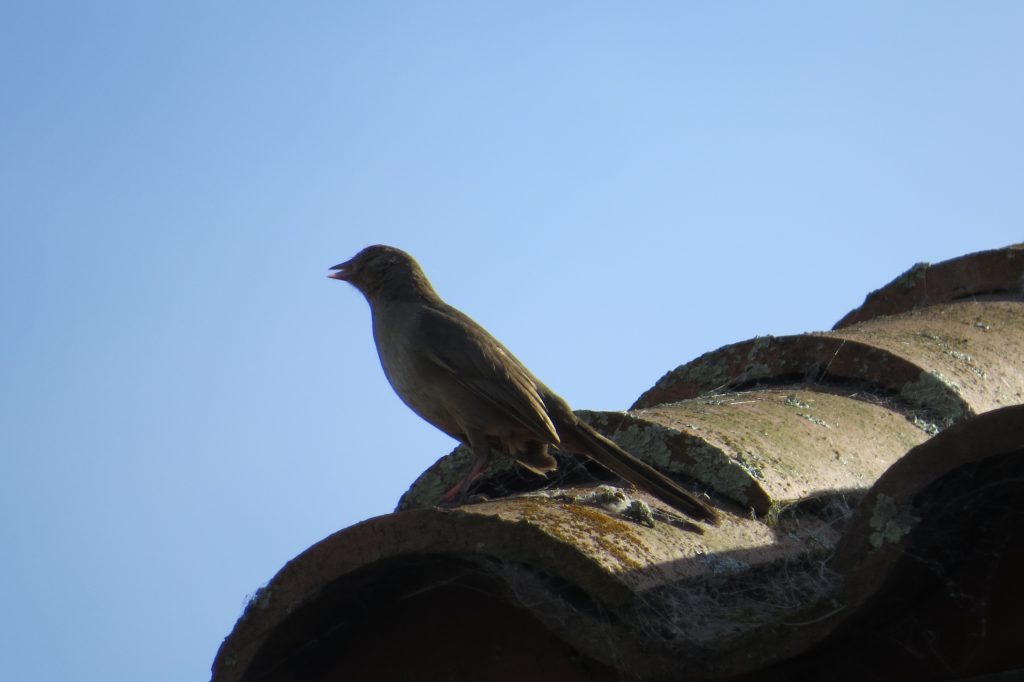 One bird I was particularly looking forward to seeing on this California trip was the Chestnut-backed Chickadee. Maybe this bird’s raggedy appearance can be attributed to the excessive heat (near 100!) or San Francisco’s homeless epidemic, but this lifer at Fort Mason left me wanting more.  Thankfully I would have better encounters with both the Chickadee and the Towhee later in the trip. 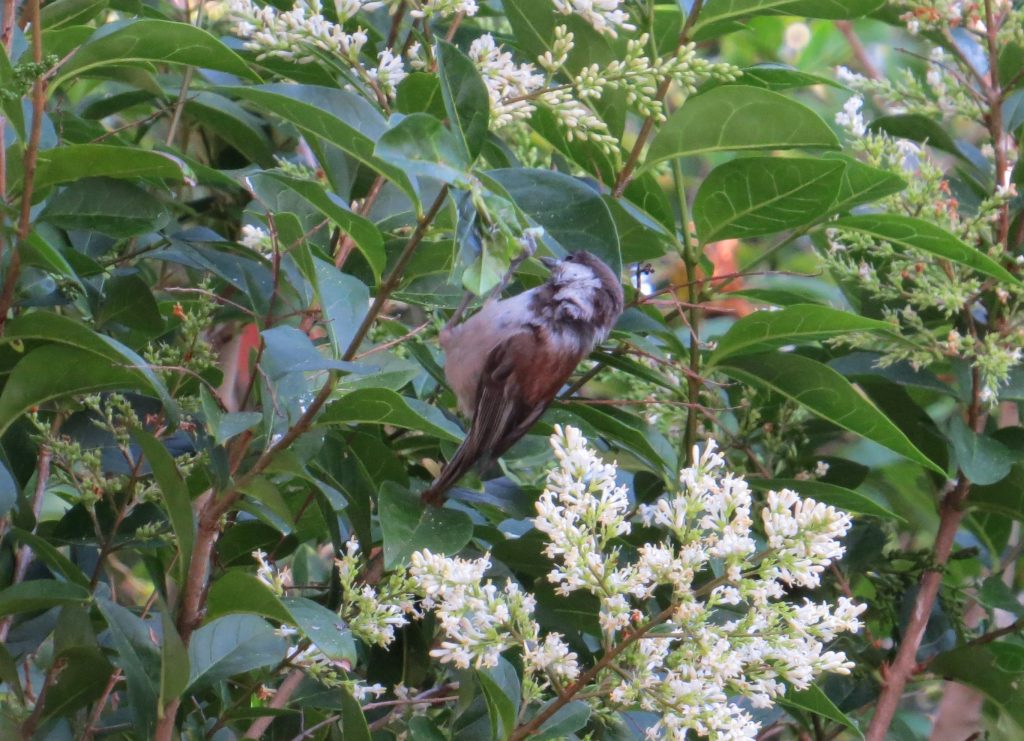 Fort Mason gave me the snub on a couple lifers I was searching for–Allen’s Hummingbird and Nuttall’s Woodpecker.  However, I did see some Red-masked Parakeets, a bird that is not officially ABA-countable but one that is certainly thriving all over San Francisco.  I wouldn’t be surprised if, like Phoenix’s Rosy-faced Lovebird, it will someday be countable.  They seemed to be doing okay in my opinion, even making brand new Red-masked Parakeets in Lafayette Park.  Obviously this bird gets its name from its facial pattern and not any propensity for embarrassment as these birds had zero shame about what they were doing in public. 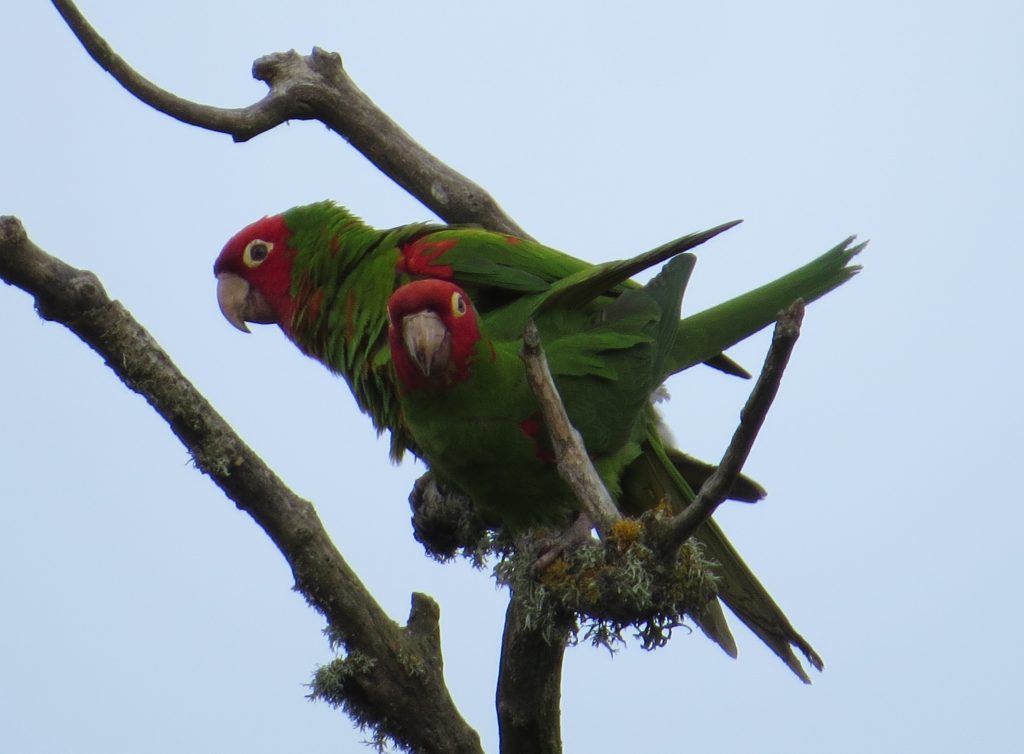 My Allen’s Hummingbird lifer did fall eventually but is merely a foot note.  I saw several Hummingbirds throughout the trip, but most were either Anna’s or just left unidentified.  I did finally see one with a fair amount of rufous on its flanks at Suttro Heights Park.  It certainly wasn’t the brilliant male I was hoping for.  But that’s how it goes on trips like this–you get a lot of lifers and not all are great looks.

The last half of our stay was spent at a hotel near the San Francisco airport.  This served as base camp for venturing further into California.  After all, I couldn’t go to central California and not try for the endangered California Condor.  So one day of our trip was dedicated to driving 2 hours down to Pinnacles National Park, one of the most reliable locations for seeing this bird.  Pinnacles also held a lot of other potential lifers.  One of those, which ended up being quite common, was seen as we got close to Pinnacles. 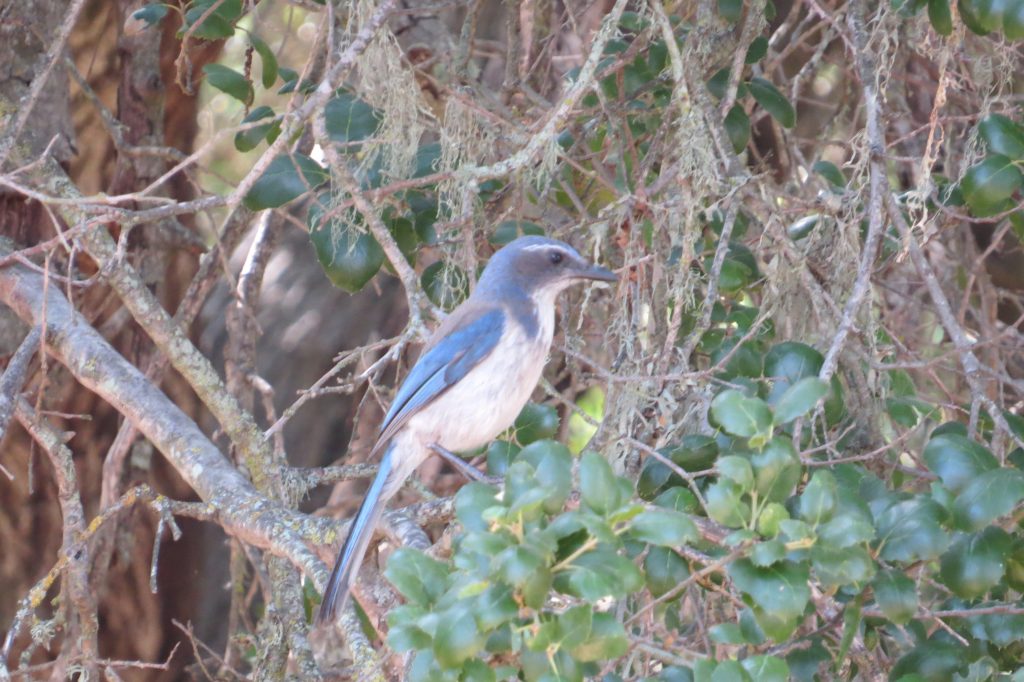 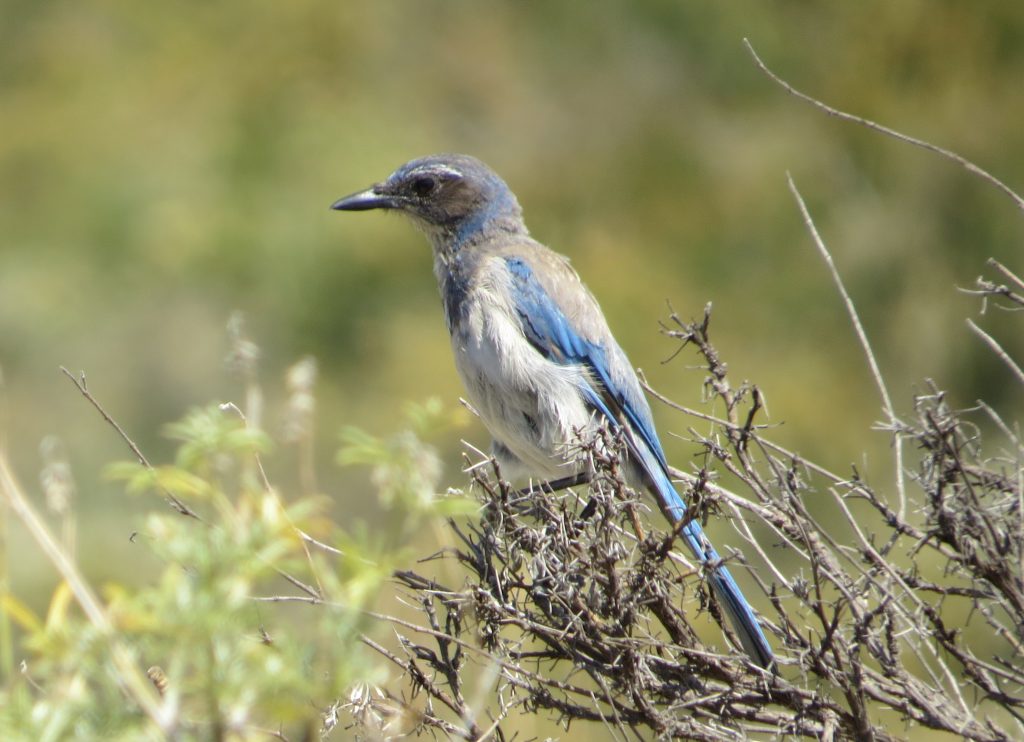 Once we arrived at the Pinnacles visitor center from the east entrance, I had other “California” birds on the brain–the Thrasher, the Quail, and of course, the endangered Condor. I talked to the ranger about where to look for the Condor and the Quail.  She told me to hike the Bear Gulch loop trail and look for the Condors at the High Peaks, or Pinnacles.  The ranger warned me it would be hot up there and about two-mile hike.  I knew my non-birding family would not be game for this, especially because of the heat.  We had recently endured record-setting temps in San Francisco, which was supposed to be a nice, cool vacation.  For the California Quail, the ranger told me to hike the gravel road by the visitor center that follows a small riparian corridor to a historic homestead area with old buildings.  I walked along looking for the Quail and a handful of other potential lifers but was striking out on everything.  But then as I was at the homestead, a very large, dark raptor materialized in the sky soaring LOW on the other side of this valley.  Could it be?  Oh yes! The California Condor! 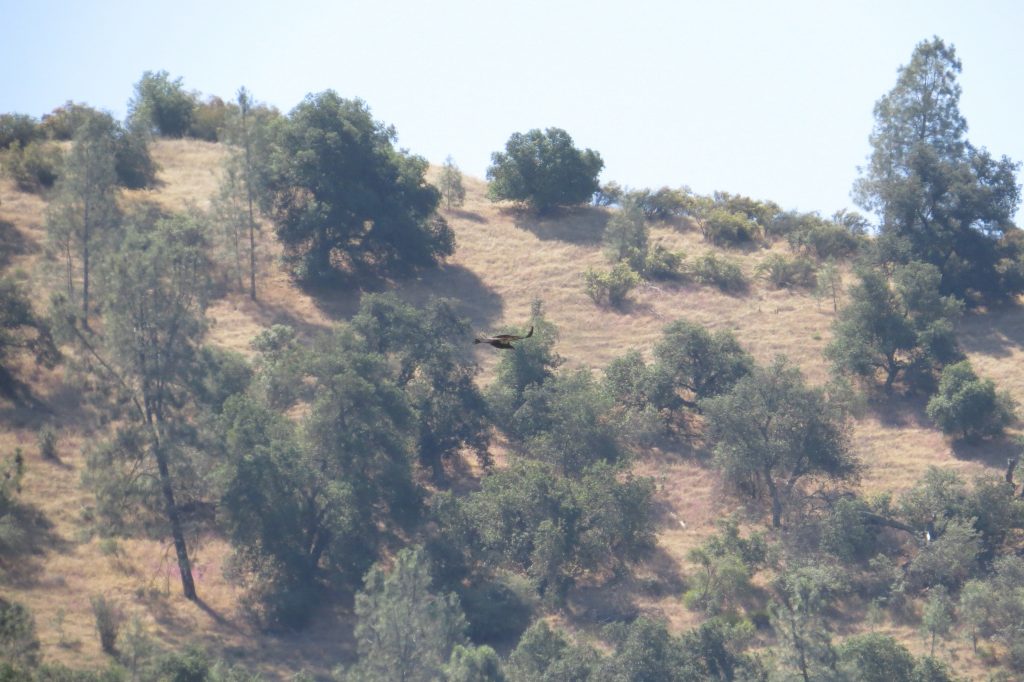 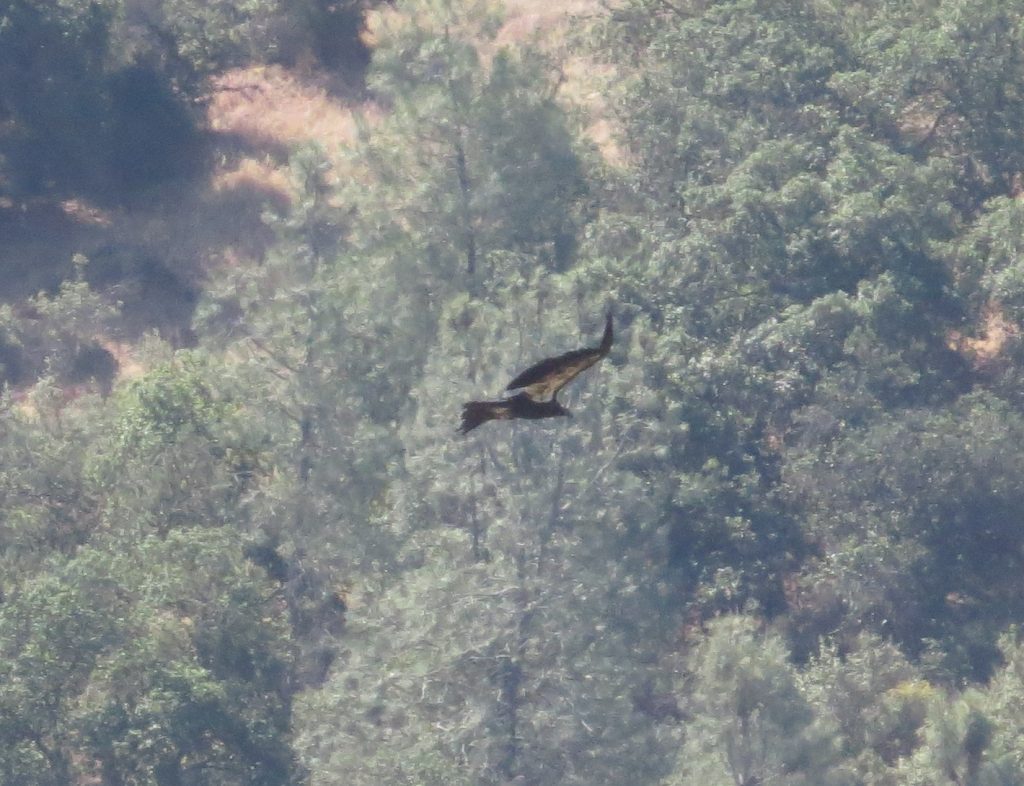 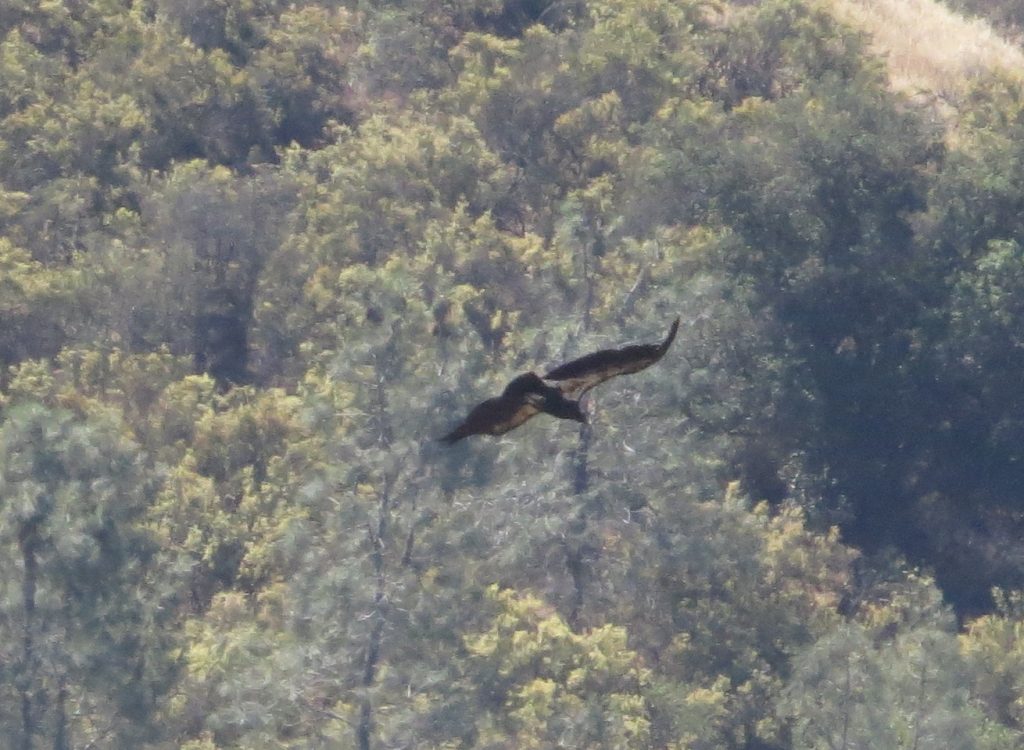 This bird was quite distant from me, but with an 8-foot wingspan, it still looked huge.  The bird perched on a hillside on the opposite side of the valley, very near the campground.  Even though I couldn’t see fine detail, this behemoth stood out like a sore thumb. 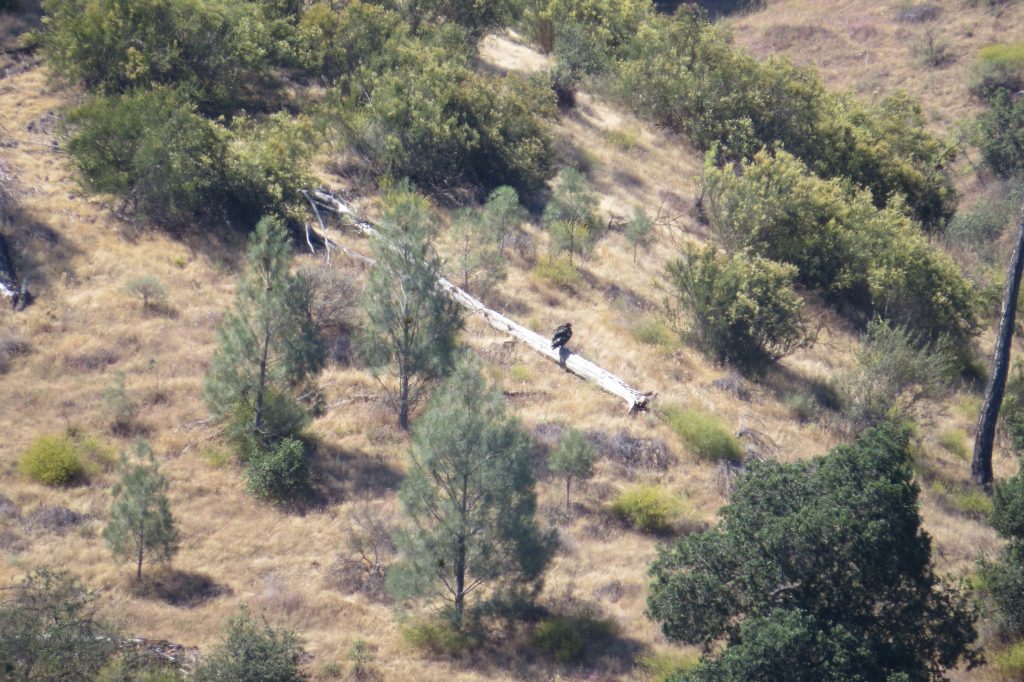 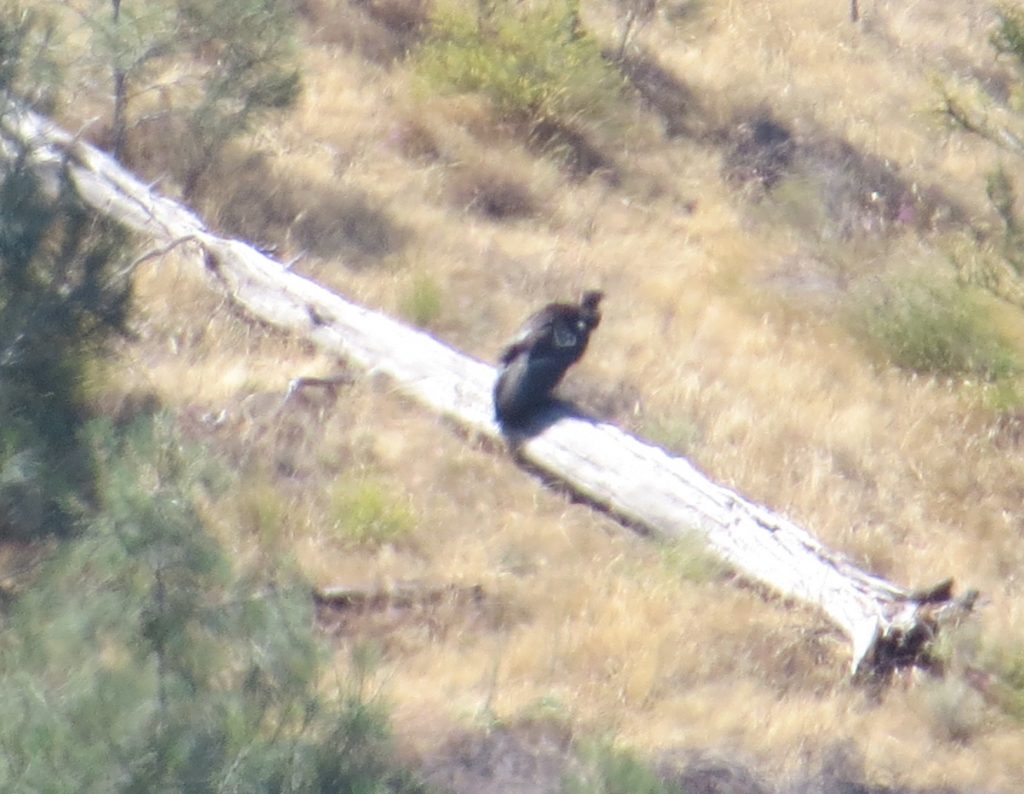 I had dipped on this bird at the Grand Canyon two years ago.  All is well, because actually getting this lifer in California seemed more fitting.  I would have liked better looks, but I wasn’t complaining.  On the contrary, I was relieved that I didn’t have to do the longer, hotter hike with the family to get this bird.

On the way back to the car at the visitor center, a different raptor wasn’t nearly as distant or shy as the Condor.  This Red-shouldered Hawk couldn’t care less about me as I walked underneath it, shooting both sides. 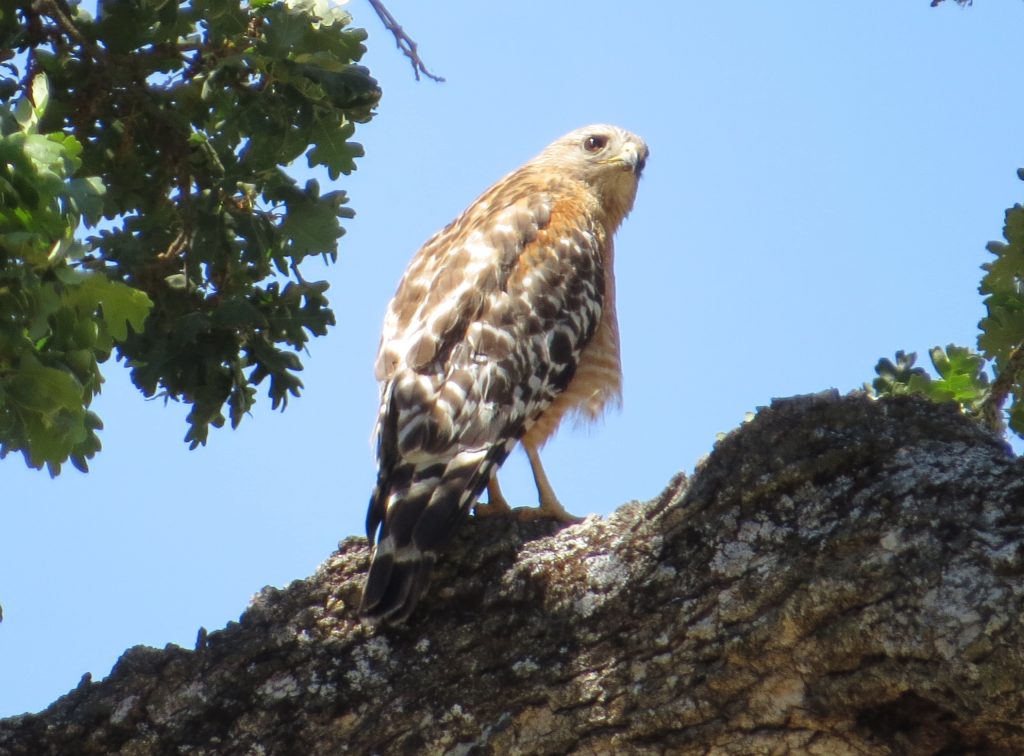 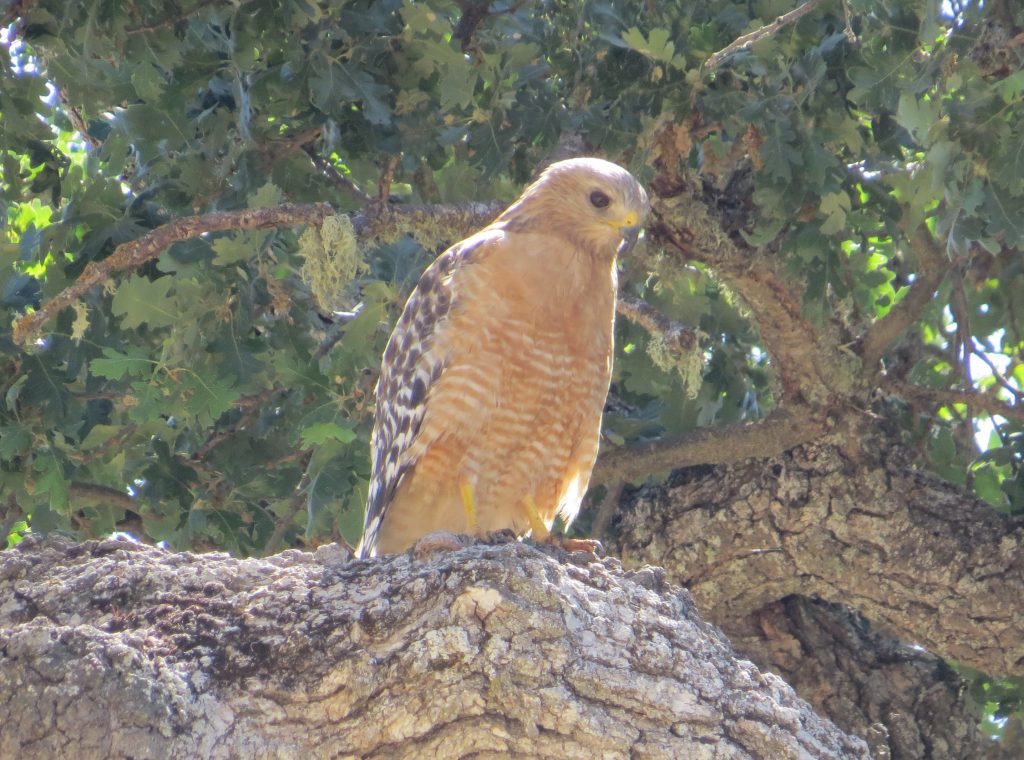 The Condor and Hawk were pretty fun, but there were no other lifers on this walk.  I was still looking for Wrentit, California Thrasher, California Quail, and Yellow-billed Magpie. Once I met up with the family, we did drive the park road as far as we could go.  No one was up for hiking in the heat, so the birding would have to be done by car.  I did spy a couple birds that looked interesting.  I was surprised to see they were Oak Titmice! This lifer was not even on my radar for some reason. 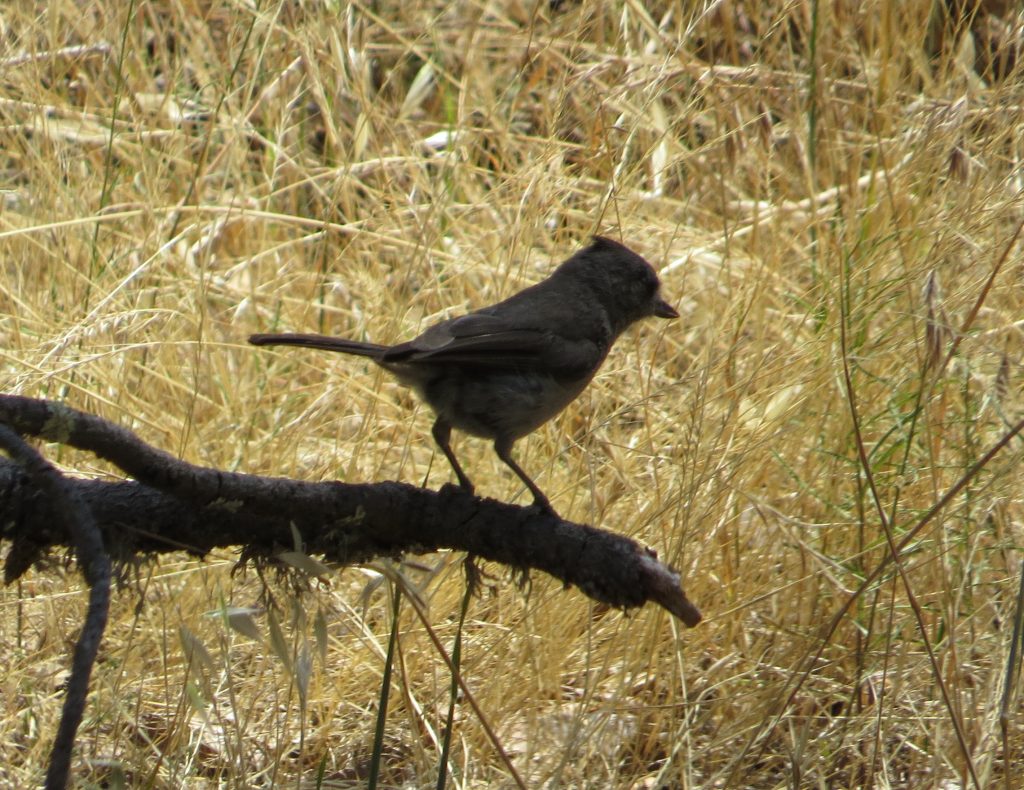 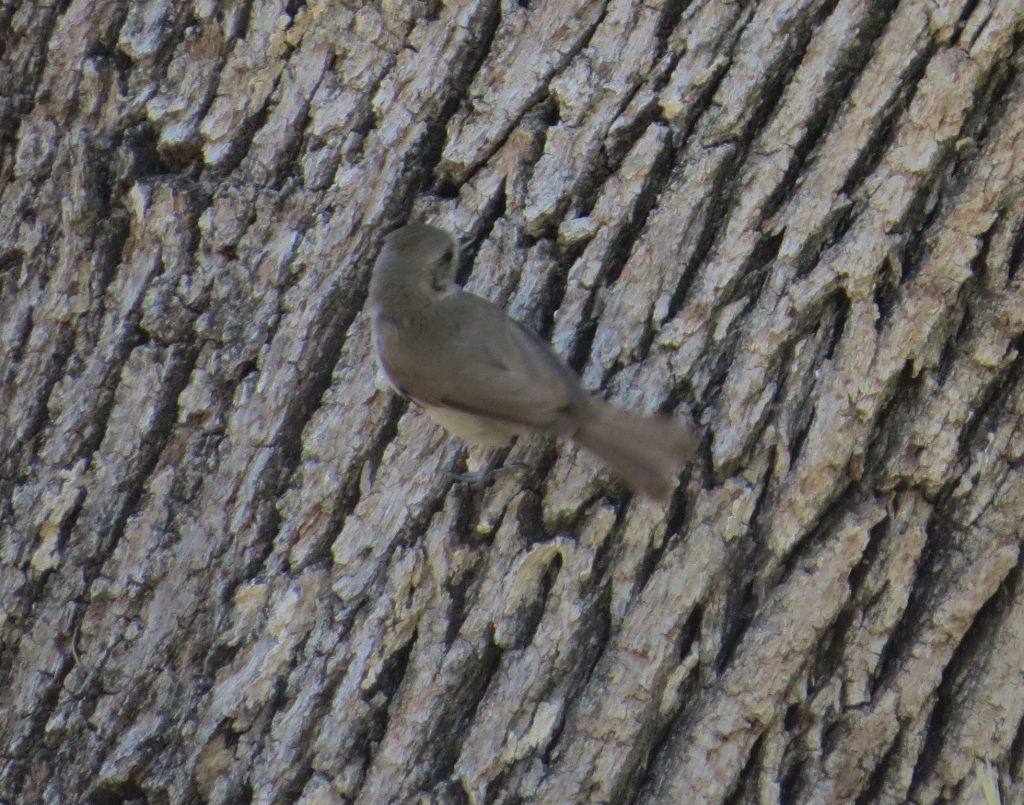 On the way out of the park, I wanted to make one more pass down that gravel road by the visitor center to look for the California Quail.  Even though this bird looks extremely similar to the very common Gambel’s Quail I see in Arizona, this was still one of the species I was wanting to see the most on this trip.  Unfortunately I was looking at a bad time of day for birds–close to noon.  But as I walked along, I heard a cooing sound that I knew had to be the Quail.  Somehow I got lucky and managed to spot it as it was hunkered down in a dense tree by the small stream of this riparian corridor. 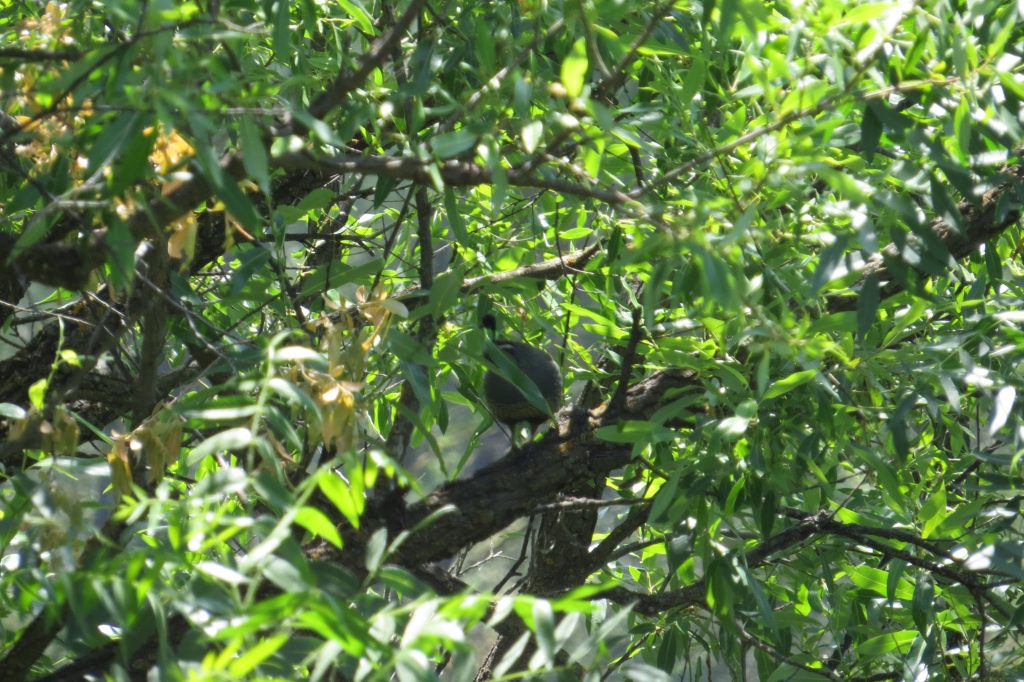 With a little patience (and some cooing of my own), it eventually made its way to a more open perch where I was able to get soul-satisfying looks at this awesome Quail. 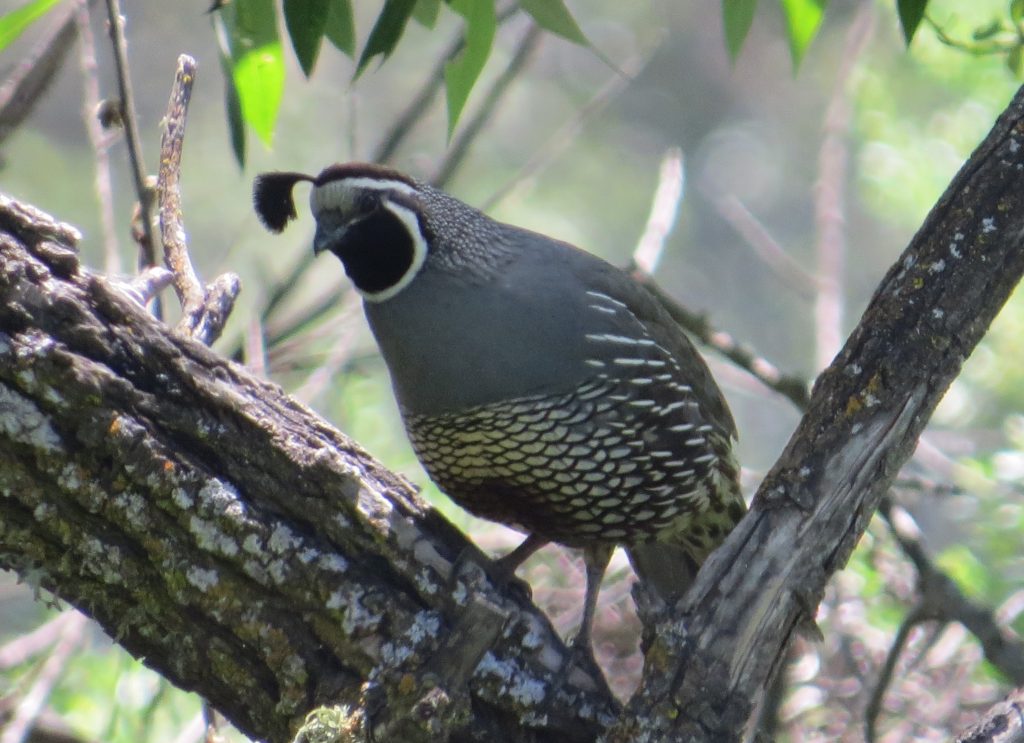 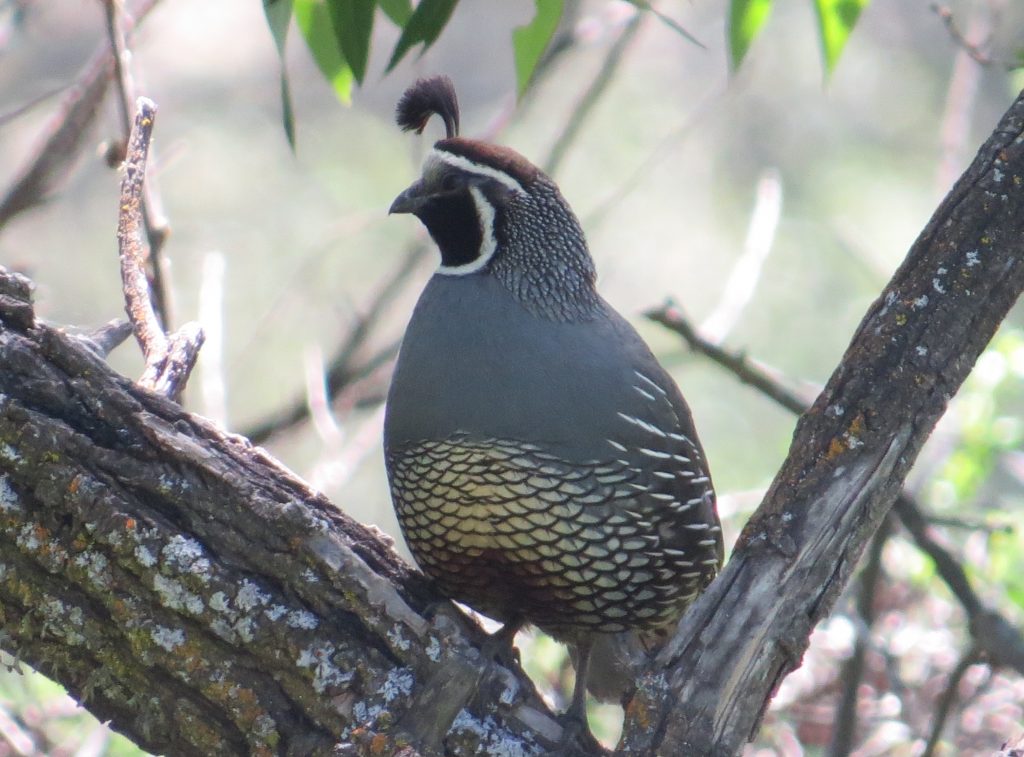 Satisfied, it was time to leave Pinnacles NP even though there were still some lifers left on the table.  One of those was the Yellow-billed Magpie, but I knew to be watching for them on Highway 25 as we headed north back to San Francisco.  They had been reported all along this road.  Sure enough, as we passed by a farm I spotted two Magpies on a fence.  I was thrilled.  But with no shoulder and a car right behind me, I had to keep going down the road until I could get turned around.  I finally got back to the spot about 5 minutes later, but there was no sign of the Magpies.  Because they do not overlap with Black-billed Magpies in this area, they were certainly Yellow-billed.  Unfortunately I never did get to see those yellow bills.  It kind of took some of the air out of this being my 500th life bird.  Sightings like this are one of the reasons I don’t get too hung up on what my actual 500th, 400th, etc birds are.  Other reasons include heard-only observations of some species and splits/lumps of others.  With that said, it was still nice to finally reach this milestone and surpass it on this trip.

Once back in San Francisco, the birding would have to be more surgical. Before the family was up and about that next morning, I sneaked over to Sea Cloud Park in Burlingame which was about 15 minutes away from our hotel.  I was targeting a family of White-tailed Kites that had been reported.  The park was pretty much a large collection of athletic fields that butted up to a large marsh on one side and some mudflats on the other.  As I worked the edges, I eventually spotted the Kite family a long way off.  On my hike to get better looks at this new lifer, I couldn’t pass up the best photo-op I’ll get of a Black-crowned Night-Heron. 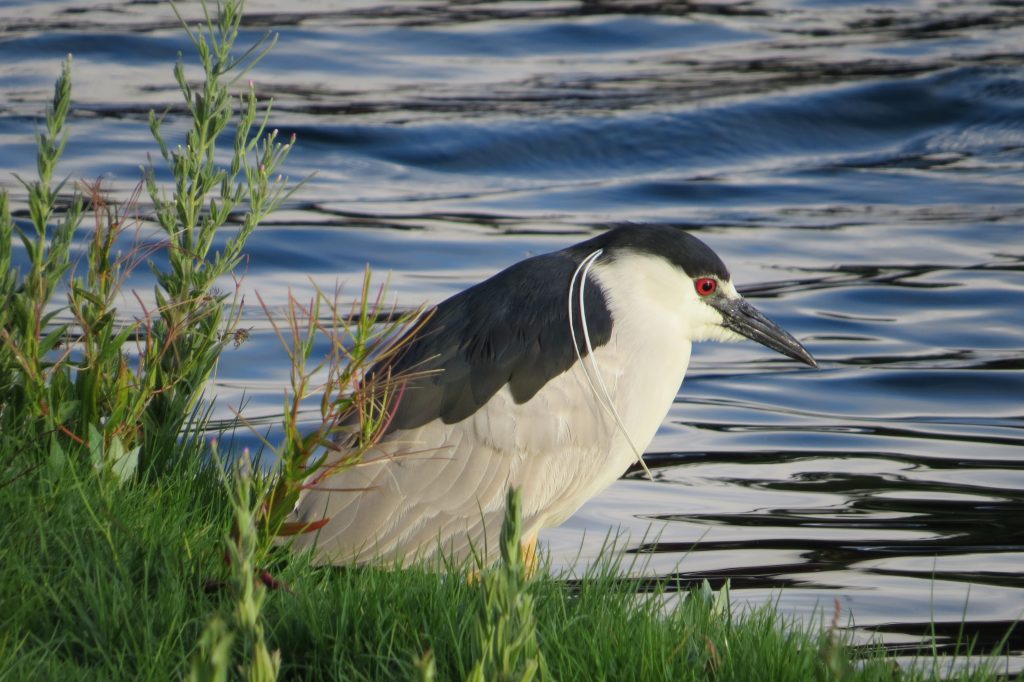 When I first spotted the White-tailed Kites, I had seen two adults, but when I arrived at the tree they were hanging out in, I found one adult and two juveniles.  They didn’t move at all, and the juveniles were constantly begging for food with an annoying screaming sound.  The worn-out parent just closed its eyes and hunkered down as if it was thinking Please just stop, somebody please just make it stop. 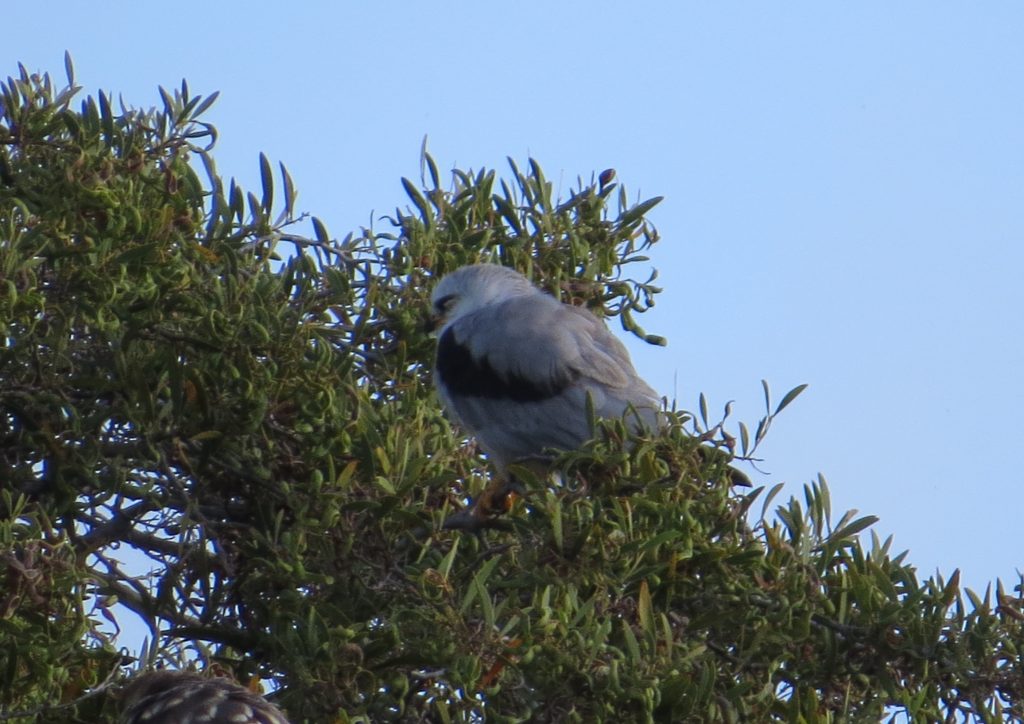 Eventually my White-tailed Kite lifer opened its eyes and looked my way. 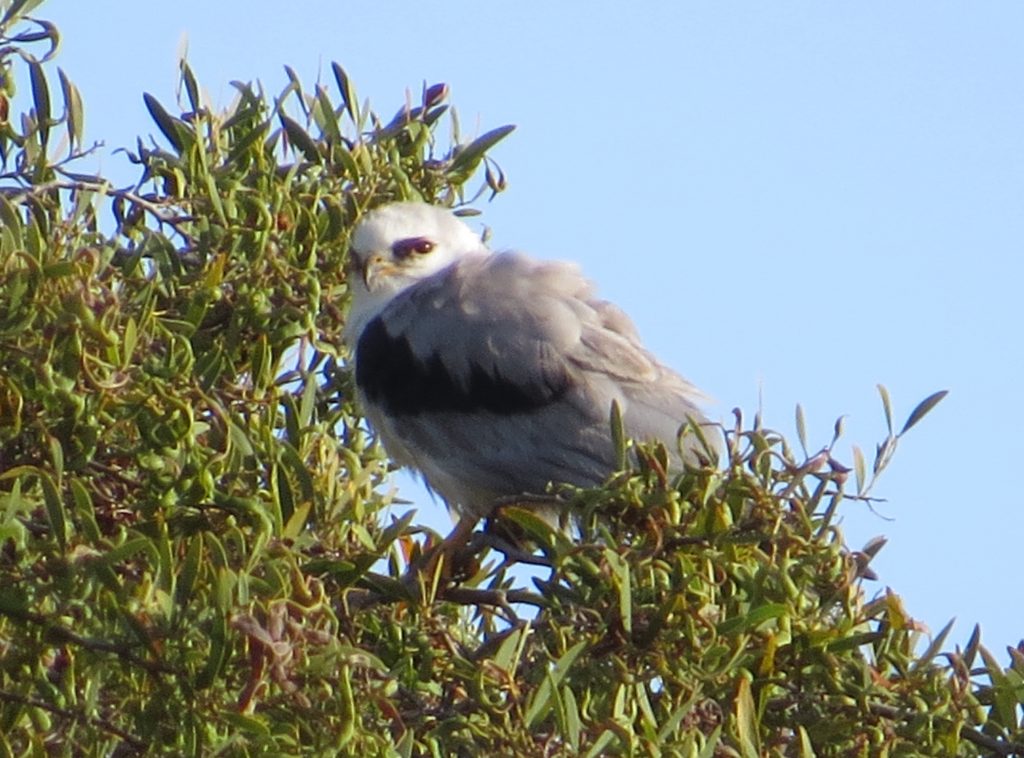 At Sea Cloud park I was able to see some other fun birds including Hooded Orioles, Chestnut-backed Chickadees, a Bewick’s Wren, and a bevy of big shorebirds: Willets, Marbled Godwits, Black-necked Stilts, and American Avocets.  I was also able to improve on my California Towhee photos. 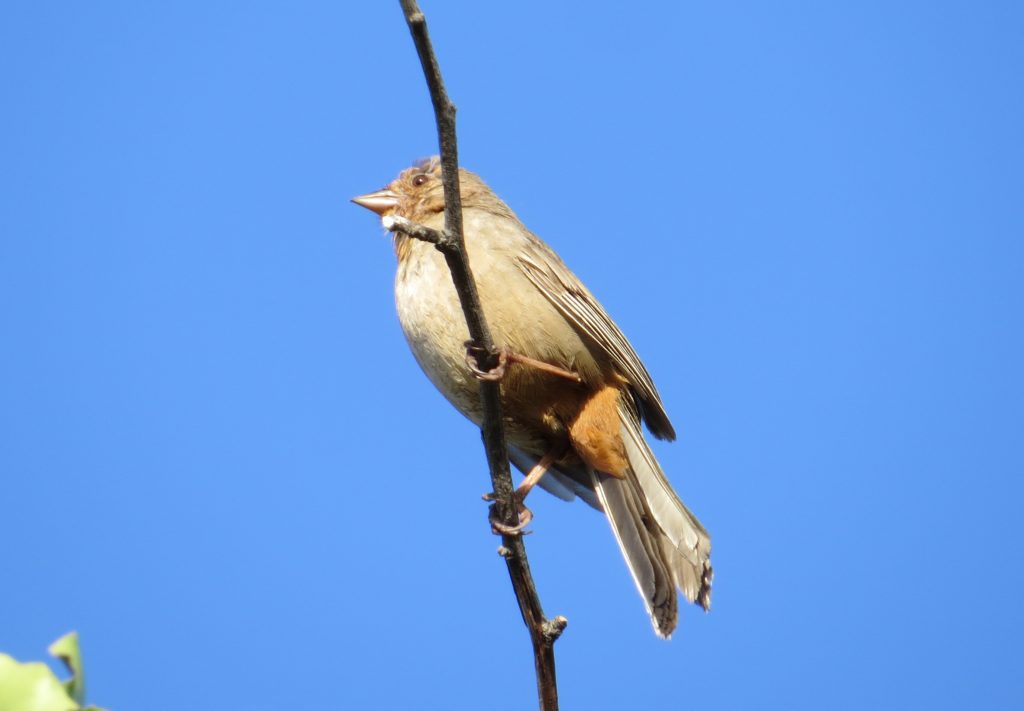 After I got back to the hotel to join the family, the plan was to drive north across the Golden Gate Bridge and head into the Marin Headlands of Marin County.  This was a must stop for us as our daughter’s name is Marin, though it’s pronounced differently (the county’s name is accented on the last syllable while our daughter’s is accented on the first).  We stopped at the Headlands visitor center hoping to get some cool souvenirs with Marin’s name all over them.  My souvenir was to get a Marin County eBird checklist. I didn’t care what birds were on it.  So right away I started documenting birds in the parking lot.  Almost right away I heard a vocalization I had studied just the night before, the Wrentit!  It was pretty cool to get a bona fide life bird in Marin County.  I’m actually glad I missed on it at Pinnacles NP the day before.  This particular bird didn’t show itself which is pretty typical of the species, but later on I found another Wrentit at the Headlands that was super cooperative for a photo. 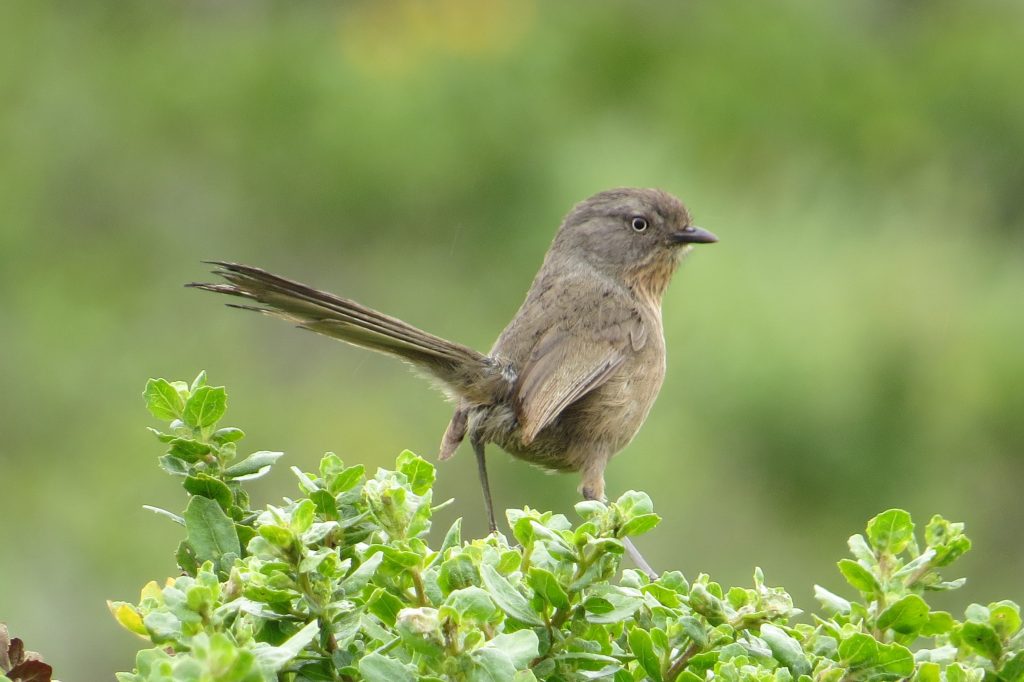 Later on that day we drove south down the Coastal Highway as mentioned in my previous post.  We made a stop for me in Half Moon Bay to look for my last possible “California” bird of the trip, the California Thrasher.  This bird was right where people had pinned it and was not tough to find at all.  Getting a new Thrasher is always fun.  I just have one left now, and it’s in Texas.  I also have one last “California” bird to get now, the California Gnatcatcher. 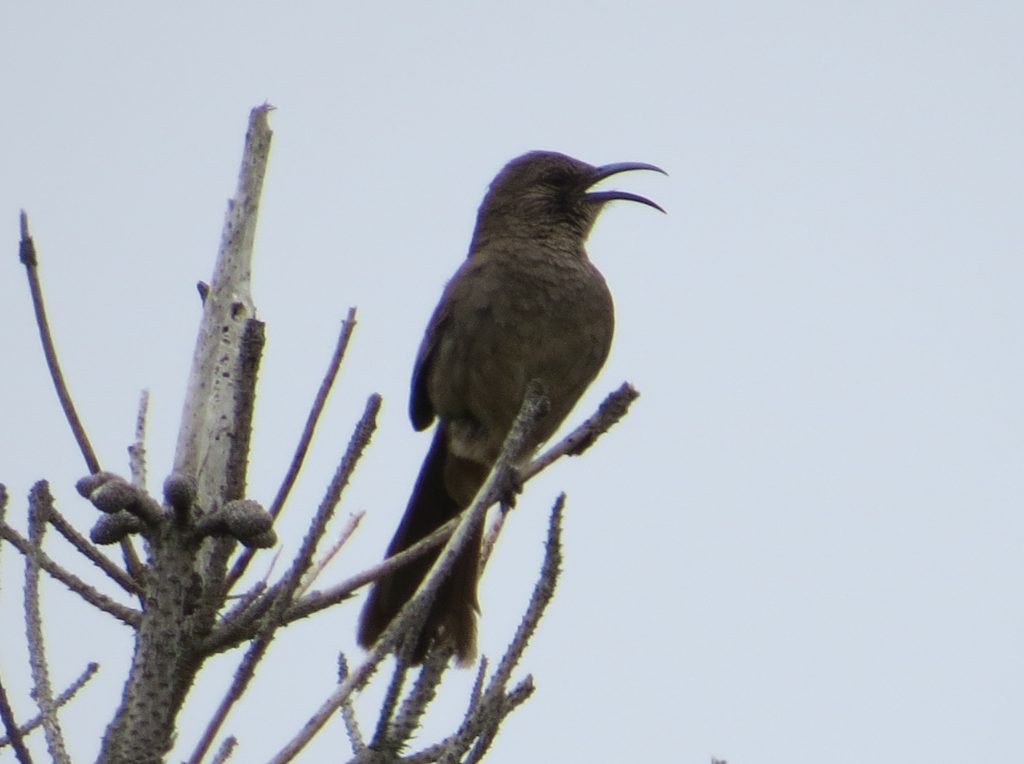 When you’re in a state like California and there are still lifers to be had, the efforts to lifer often go right up to the last minute.  When we got back from this day of road-tripping, I had a little over an hour before I had to get the rental car returned.  So I hit up Coyote Point Recreation Area which was a mile from our hotel. I was trying again for the Nuttall’s Woodpecker.  While I did strike out on that again, I ended up seeing a couple Least Terns and this super mellow Chestnut-backed Chickadee that foraged for insects in the tree right in front of me.  It game me the redemptive and satisfying looks I was hoping for. This one should have been called a Chestnut-backed Nuthatch or Chestnut-backed Creeper for how it behaved. 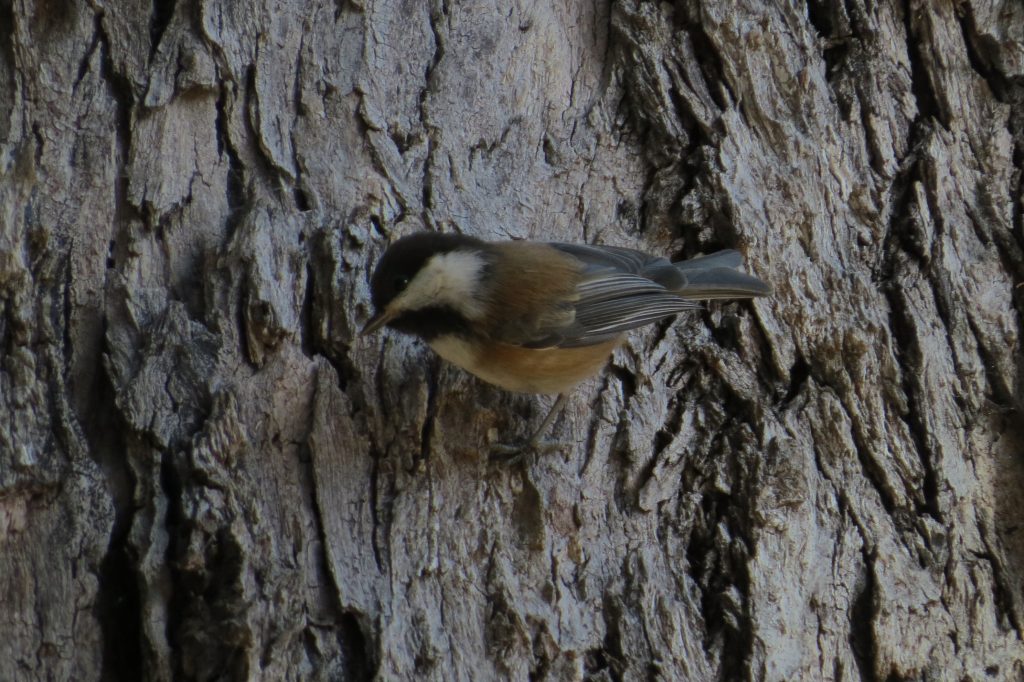 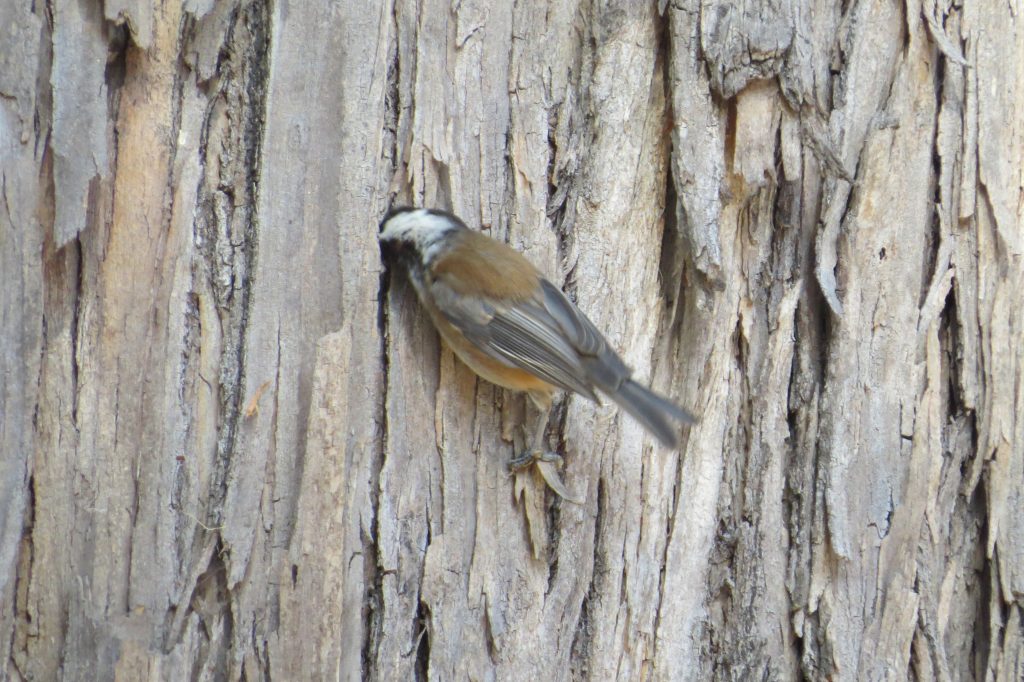 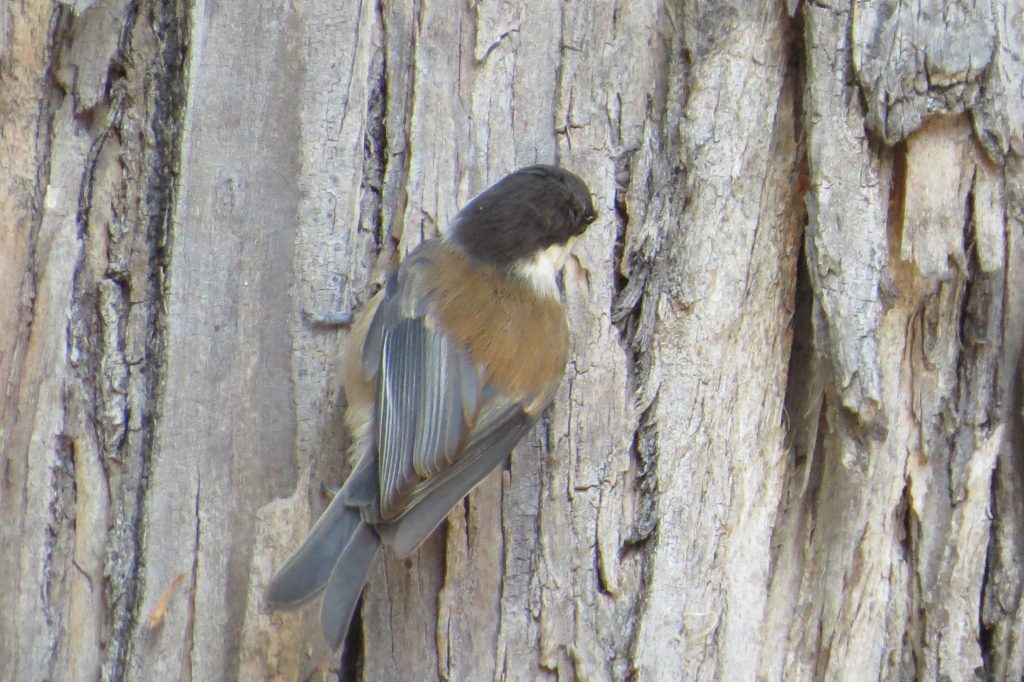 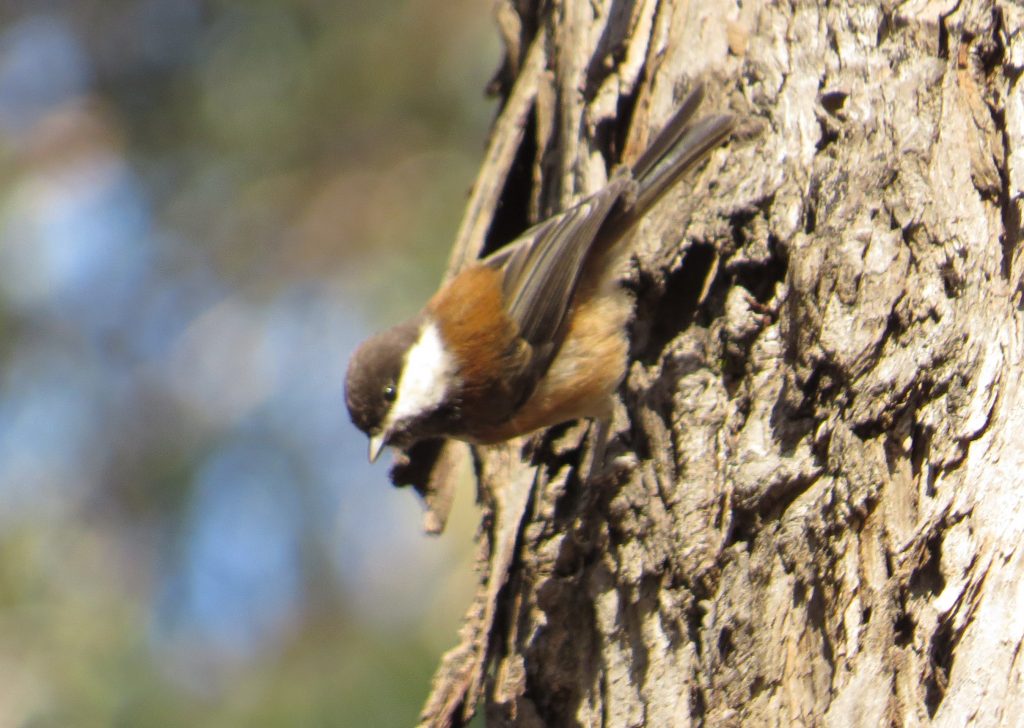 And with that, I had to close out my California birding for this time. I got a great taste of California and picked up most of the endemics and other range-limited birds.  I am definitely looking forward to going back someday.