Let’s face it, this blog title is pretty plain.  But anyone familiar with these two SE AZ birding hotspots knows that the birds there are anything but. After our adventure in Hunter Canyon, we made the short trip to the next canyon to the south–Ash Canyon. 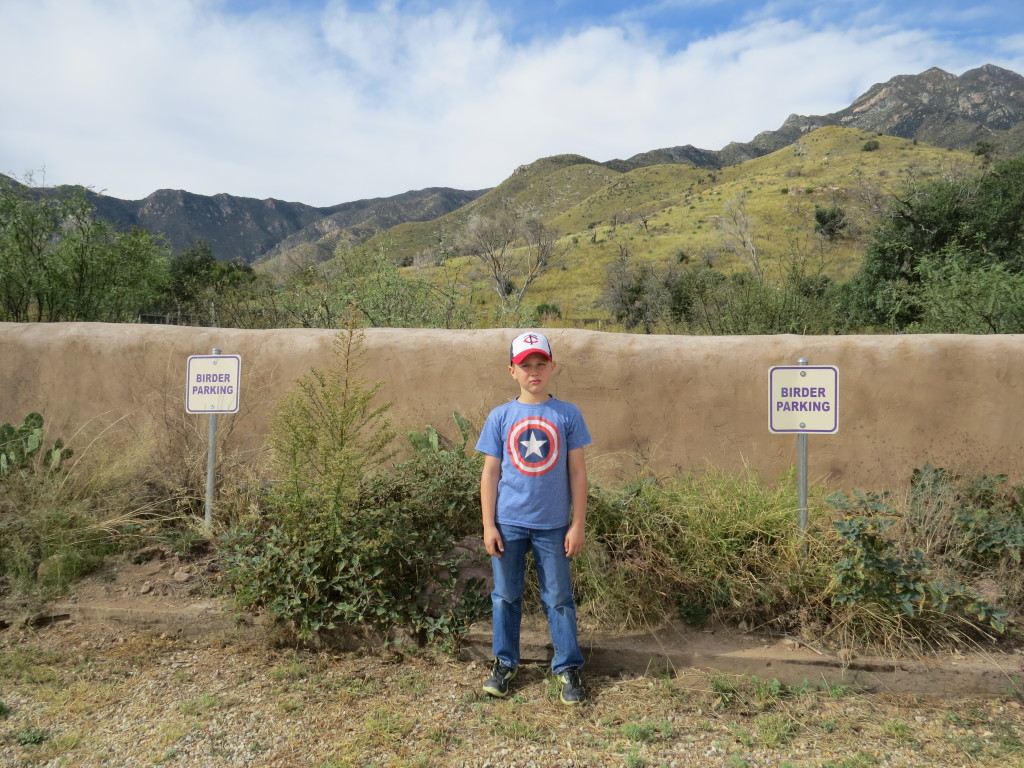 Much to my relief, we weren’t going to take another hike up a mountain.  Instead, we were going to the Ash Canyon B&B for a little geri-birding–or feeder watching from comfortable chairs. 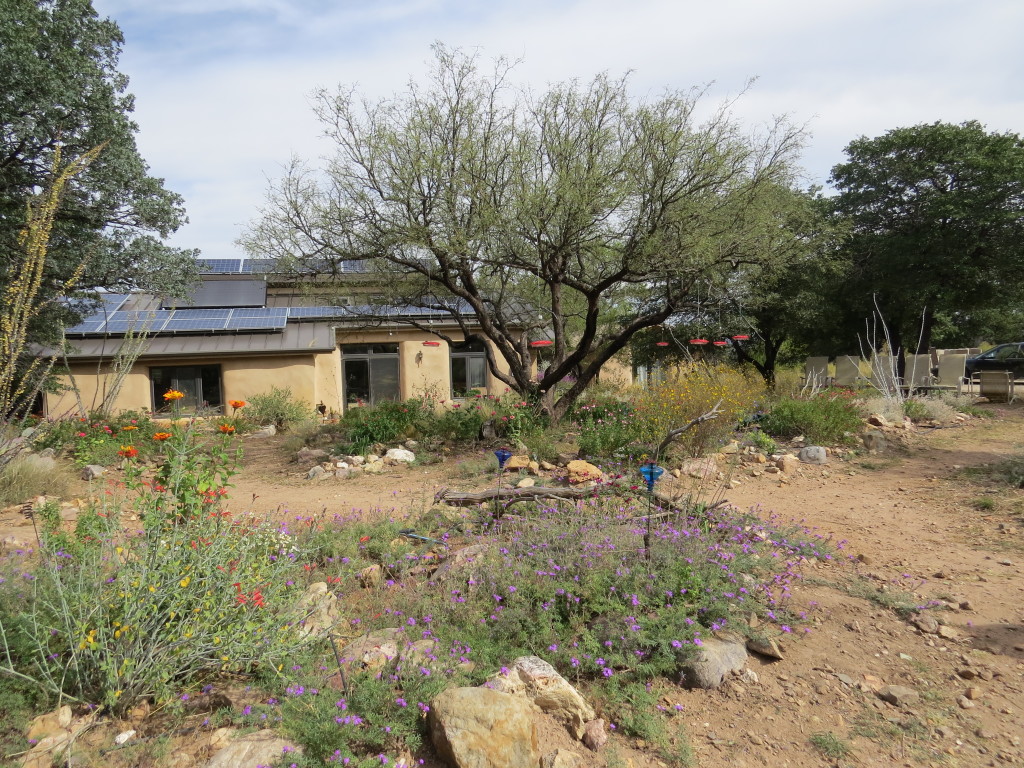 We got some great views of some fun birds while we rested from our recent hike in Hunter Canyon.  It was nice to finally see a much nicer Canyon Towee than the haggard one I saw in Florida Canyon last spring.  This bird was a lifer for Evan. 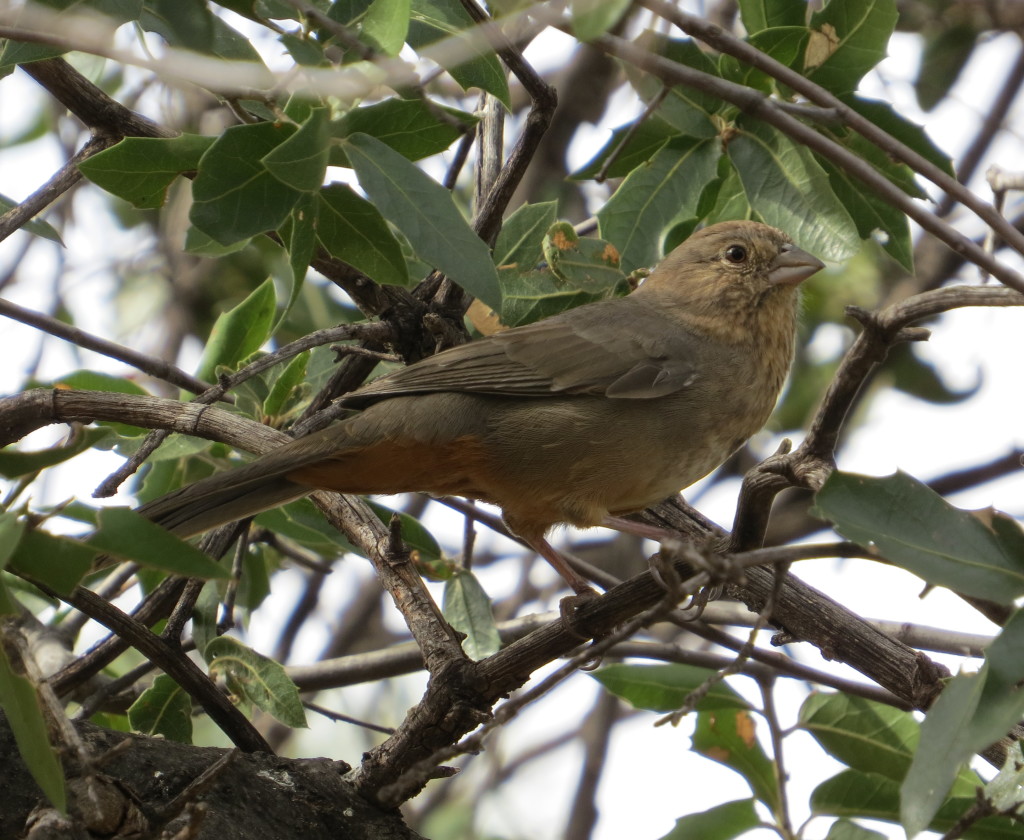 We also got to see another Scott’s Oriole (female), but this one did not show itself well either. 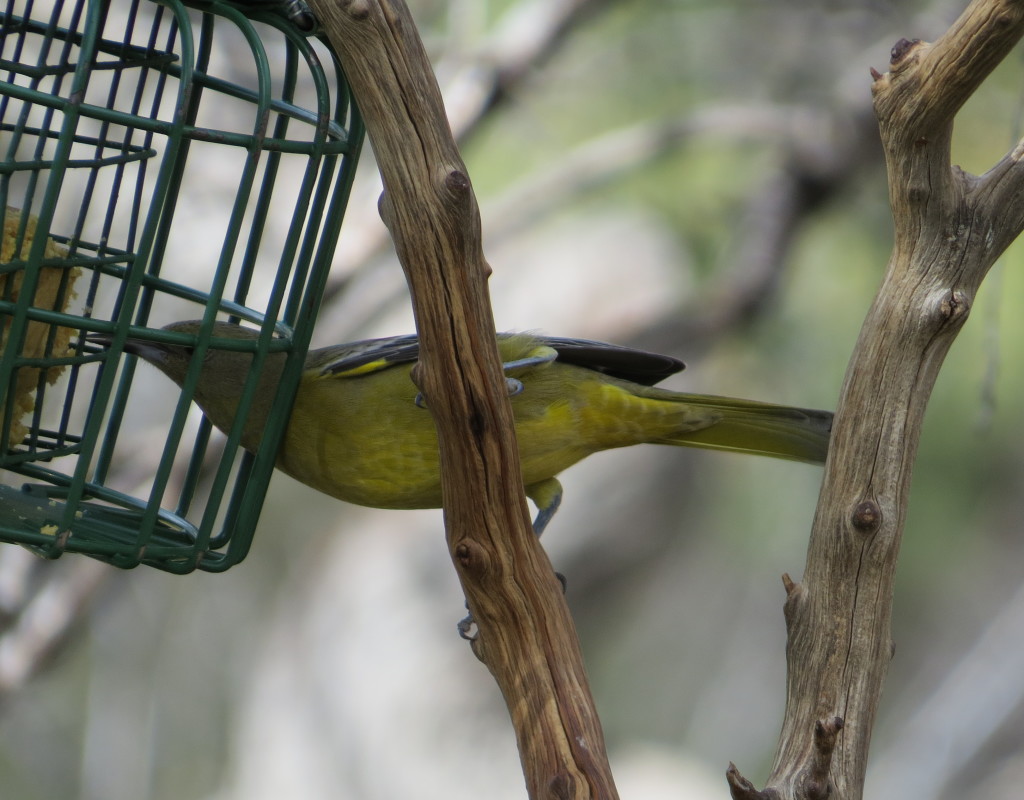 Seeing a lifer Dark-eyed Junco sub-species, like this Gray-headed variety, is always fun. 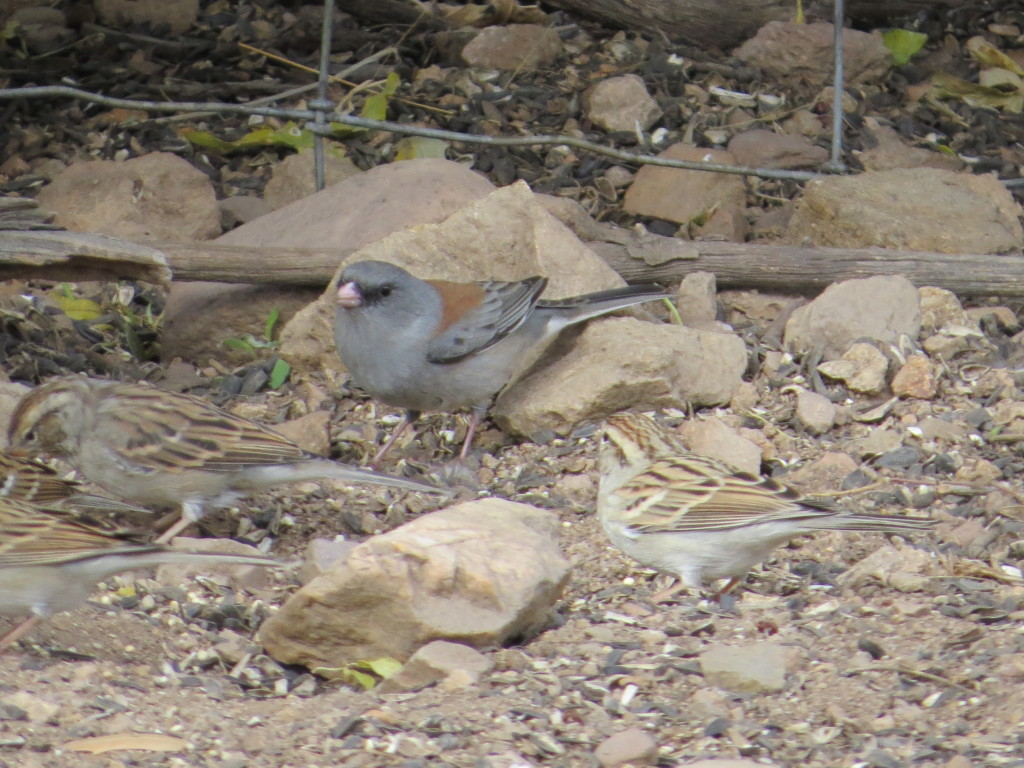 Acorn Woodpeckers were a common sight at all our stops in the Huachucas. At least at Mary Jo’s feeders, you can get a good photo while sitting down–a great combo. 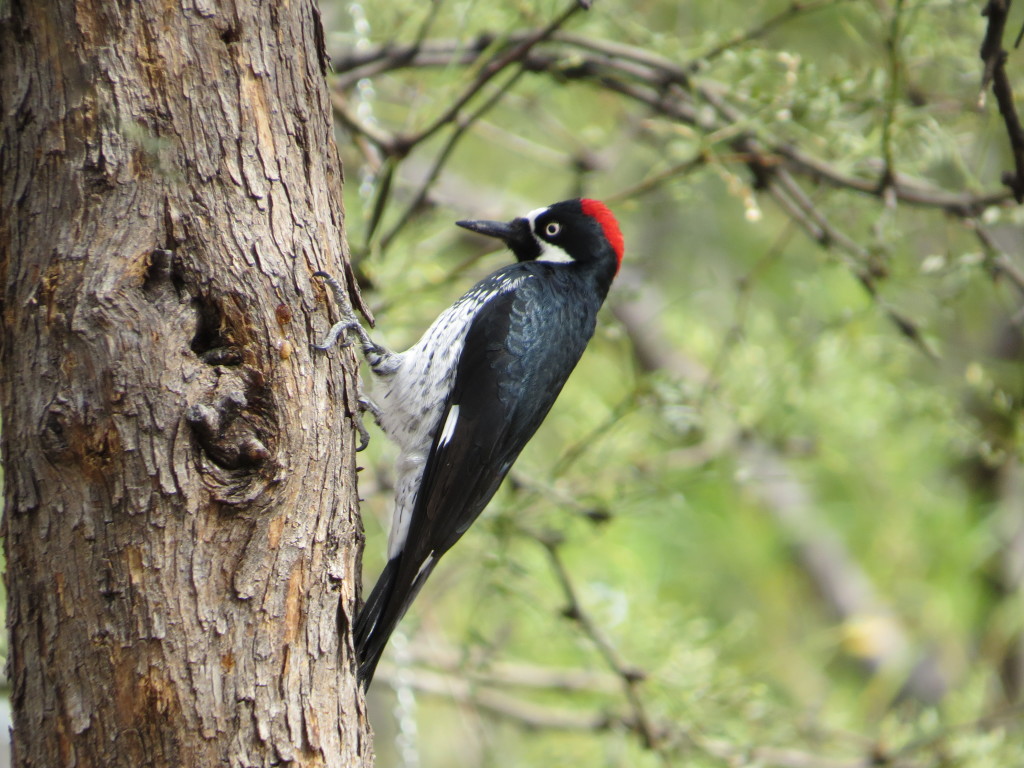 Of course, some of the main attractions at the Ash Canyon B&B are the Hummingbirds.  Mostly there were Anna’s Hummingbirds, and most of those are unimpressive-looking right now. 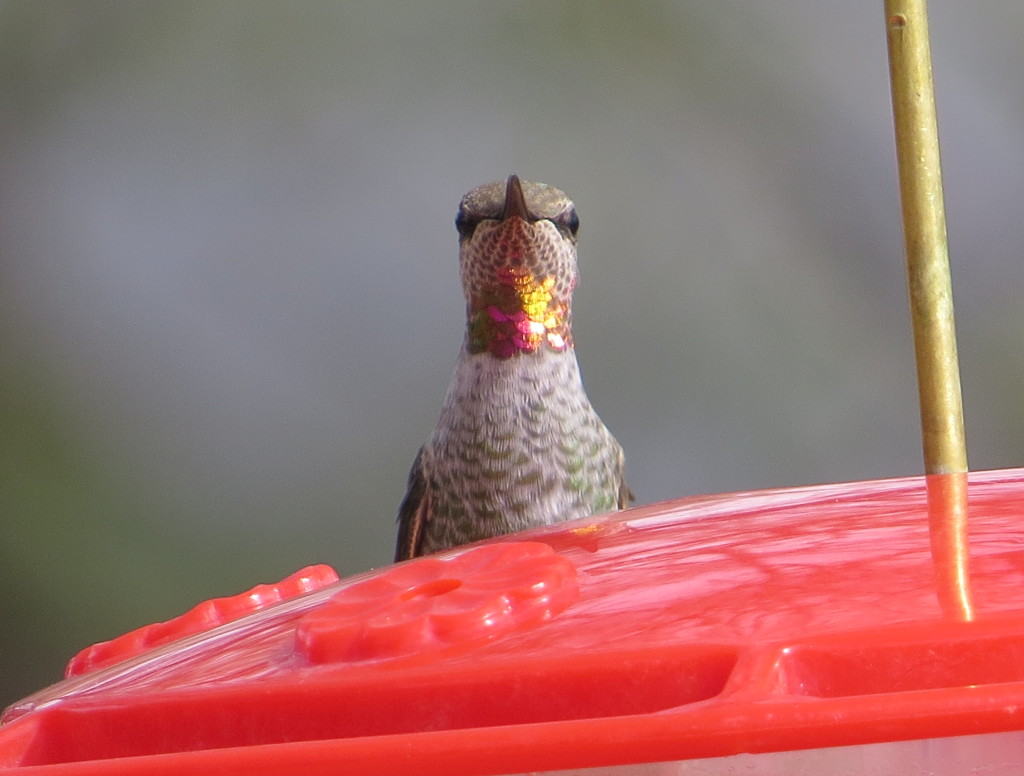 Evan also got his Magnificent Hummingbird lifer with the help of owner Mary Jo who seems to constantly monitor the bird activity in her yard. Tommy and Gordon were watching a different set of Hummingbird feeders and had seen one of the reported Lucifer Hummingbirds.  So Evan and I joined them and watched those feeders for a short time to see if we could get this rare Hummer too.  That said, Miller Canyon was beckoning, both for what it held and for the short amount of time we had left to bird.  Thankfully the Lucifer was understanding and showed up in short order.  Note the thick, decurved bill. 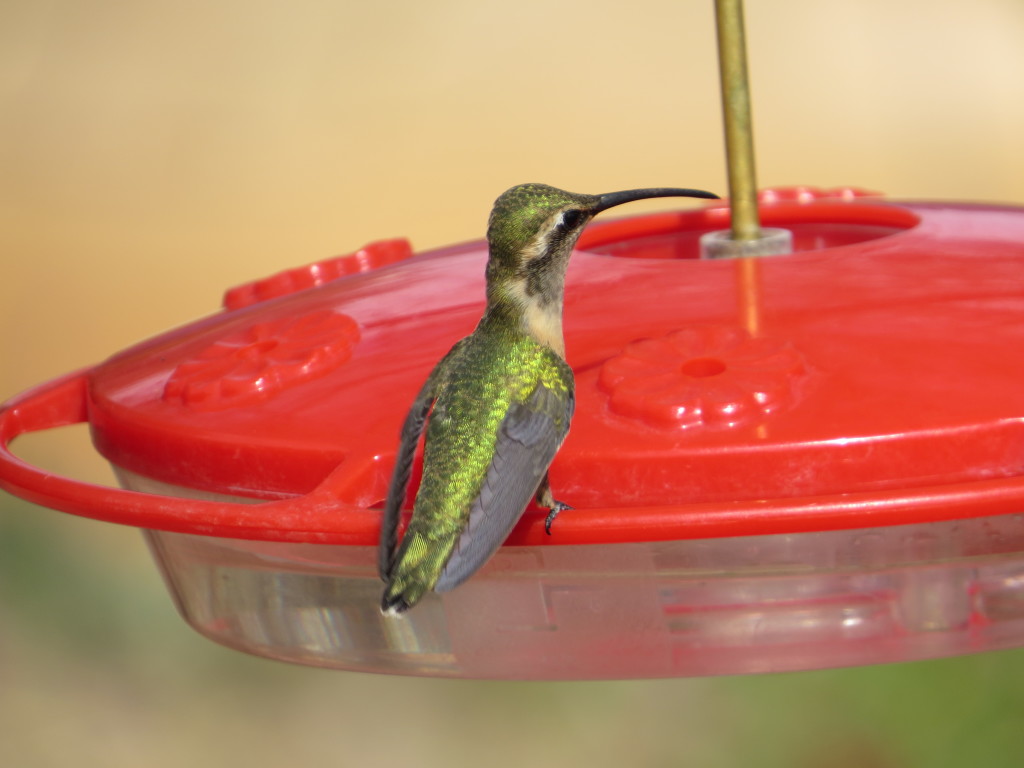 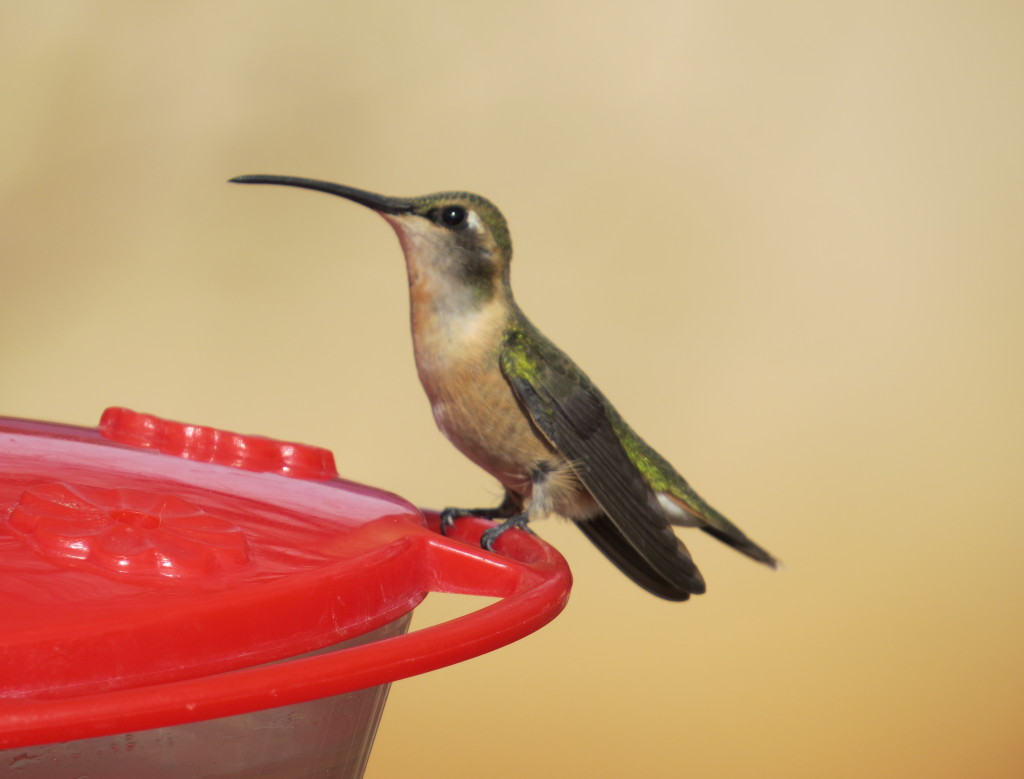 The rarity of this bird was really cool even if the plain looks of this juvenile bird were not impressive.  I regretfully later found out that an adult male Lucifer had been visiting these feeders on the very day we were there. Doh!

After a total of 20 minutes at the Ash Canyon B&B, it was time to shoot north passing by Hunter Canyon where we had been and then stopping at Miller Canyon.  When I first wanted to go to Hunter Canyon, I had no idea how close it was to Miller Canyon, a place I’d read about many times.  Miller Canyon is arguably most famous for reliable and cooperative Spotted Owls.  So the thought of getting another Owl lifer on this trip, and a federally threatened one at that, was almost intoxicating. Hopes were raised further by a fresh listserv report that a pair them had been seen in the upper parts of Miller Canyon near Split Rock. It, of course, would mean another good hike up a steeper canyon than Hunter.  With an Owl prize at the end, it was worth the exercise…if we could gain access. 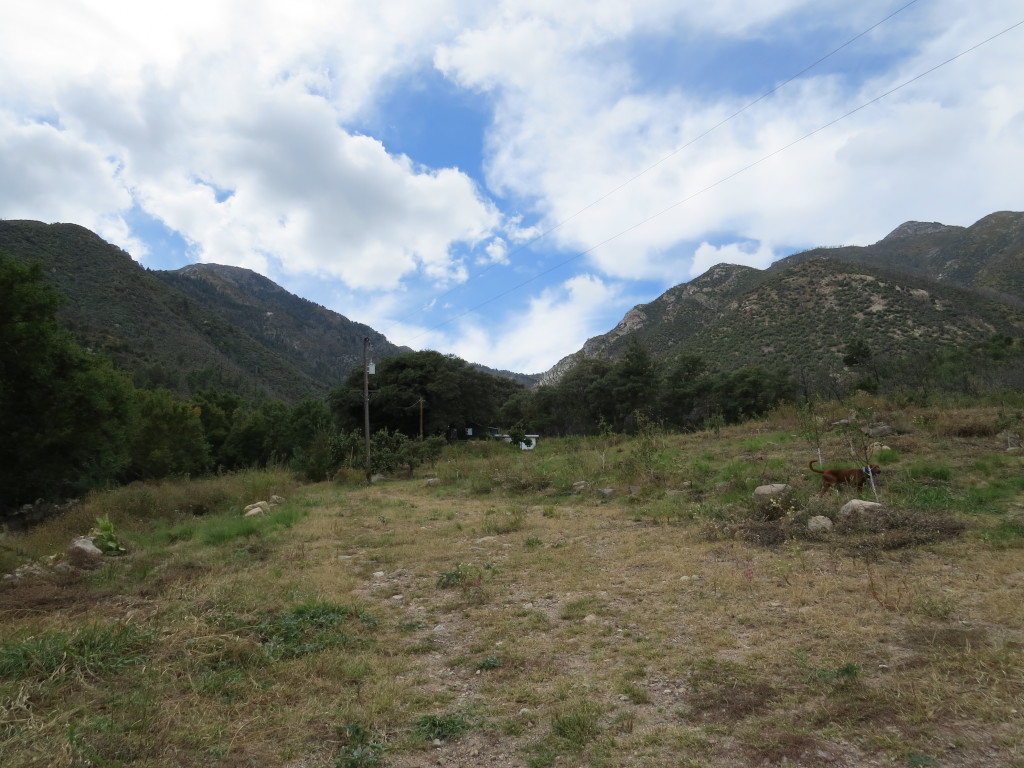 Like the power lines that obstruct a perfect view of Miller Canyon in the photo above, so too the Beatty Guest Ranch’s land blocks the easiest access to Miller Canyon.  Convenience always comes at a price.  We were more than willing to pay the $5/person fee to cut across the Beatty land, but a sign on the gate said it was closed for the season and no one was at the house. 🙁 Then, however, we spied a gun-toting man with four coon hounds coming down the path toward us.  It was the owner’s son, and he said he’d take us up the canyon.

We paid the man and dutifully followed behind him.  As a hunter myself I’ve been around a number of people with guns, but following this quiet stranger holding a lever-action .30-30 gave me a certain unease.  This is now the second time this year that birding has put my son in the company of a gun-toting, plaid-clothed, non-hunting stranger.  Any hopes of that Father-of-the-Year award have long gone out the window, especially if you note my position relative to Evan’s: 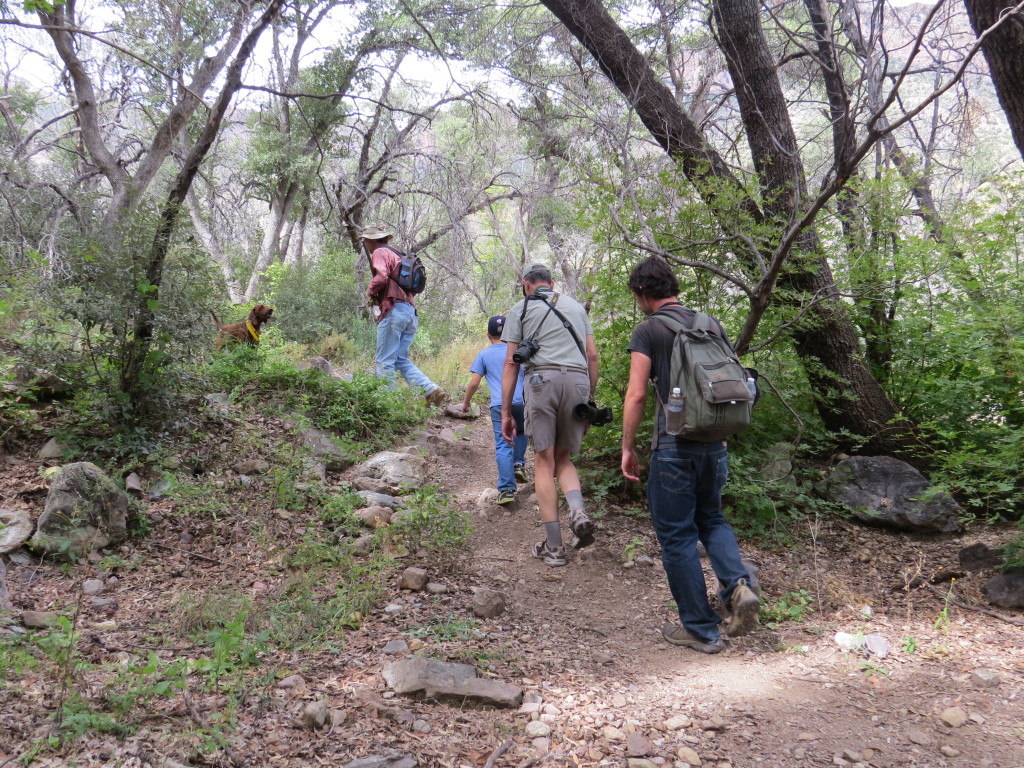 As we walked along, thoughts kept flipping back-and-forth from ‘I bet he’s perfectly safe’ to ‘I bet he’s pretty quick with that lever-action’.  You can see which thought won out as there is more to this post.

Evan was oblivious to such concerns and thoroughly enjoyed the canine companionship of the four coon hounds that crashed the brush around us on this oddest of all bird hikes.  Two of the hounds were spitting images of Old Dan and Little Ann.  Our mysterious, quiet guide showed his soft spot for nature when he scooped up a chilly Alligator Lizard on the path and showed it to us all before depositing it off to the side. Of course, I was hoping for a photo of it in its more natural, original state, but this one’s fun too. 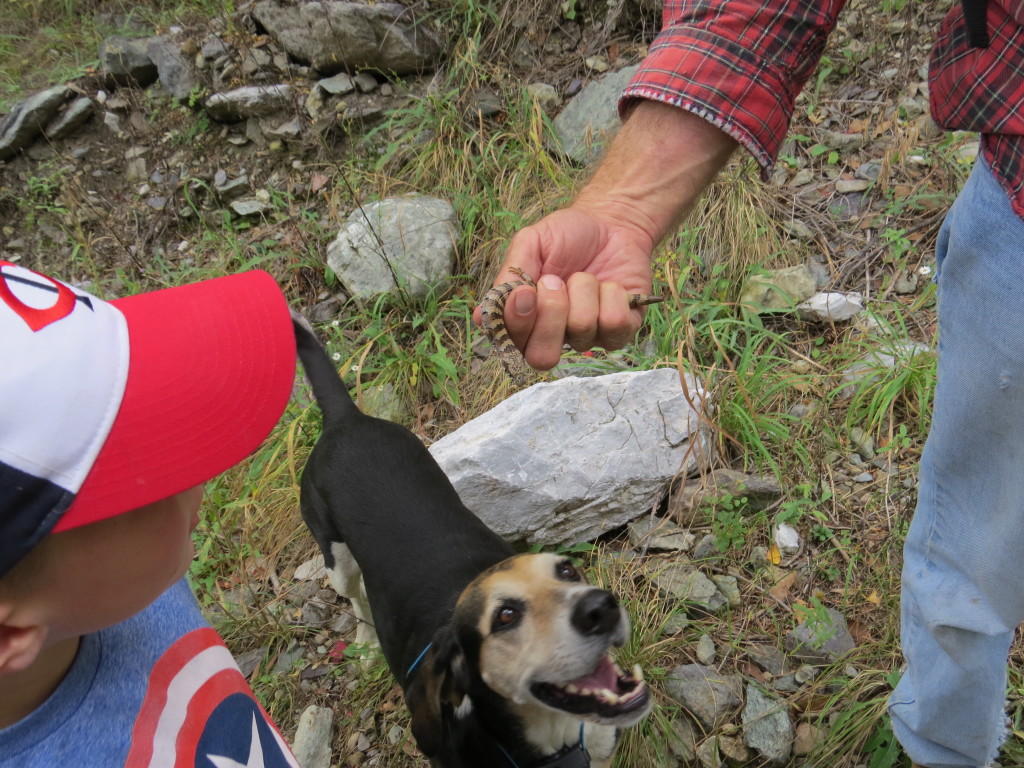 After hiking nearly a mile uphill, we finally reached Split Rock.  Here there were two elderly women had been brought to this location earlier to look for the Spotted Owls.  Our guide checked out the usual perches for the Owls, a family group of four birds, but none of them held anything.  Then, real casually, he points to a different tree and says, “Oh, here’s one.” Sweet! 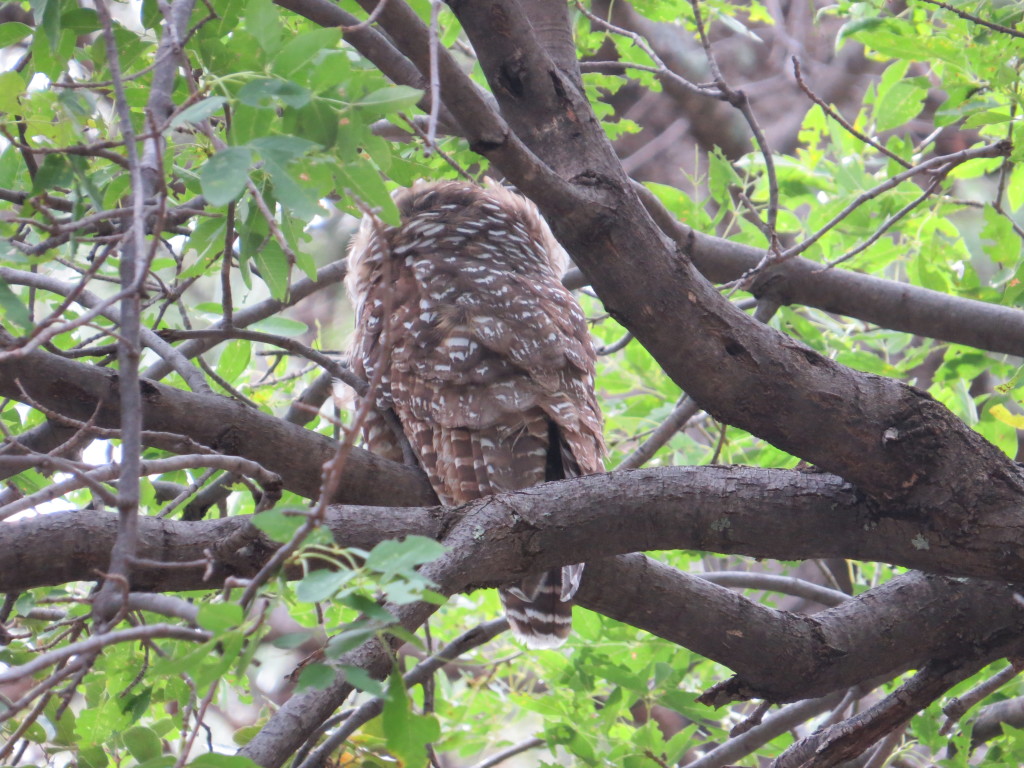 It was a relief, physically and mentally, to pause and enjoy this rare bird.  It also seemed to lighten the mood considerably as our silent guide unleashed a wealth of information on the owls and describing them and their habits and occurrences in the canyon with great delight.  It would have been the perfect moment for a beer.  Too bad no one thought to pack some along. 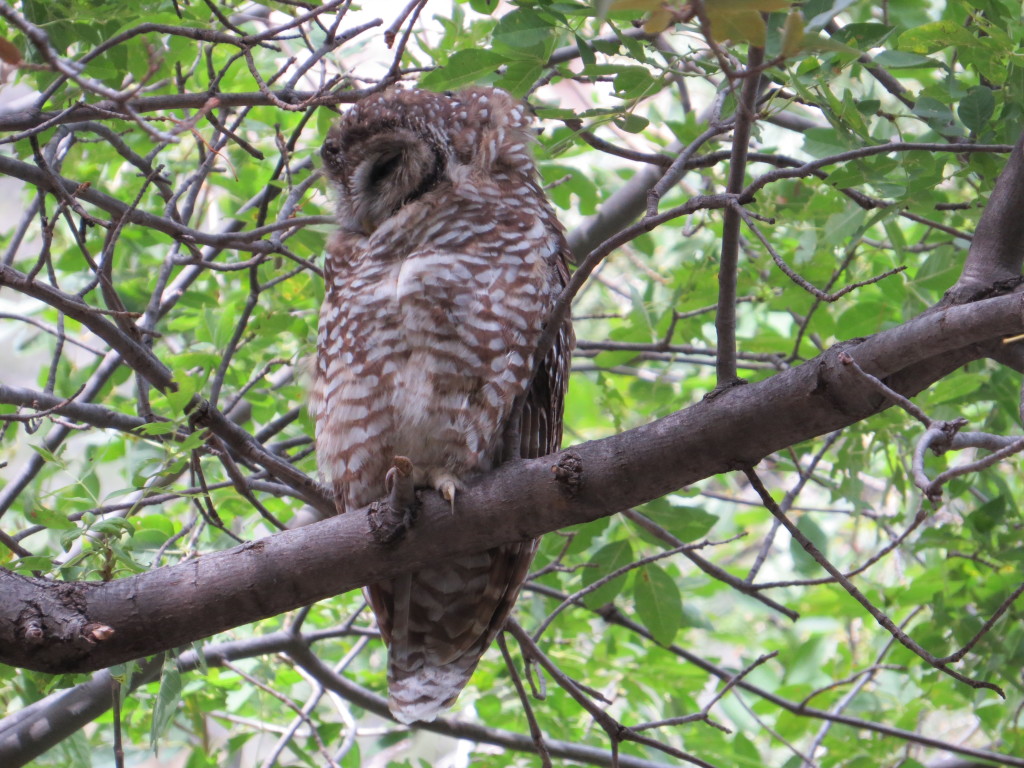 This Owl was a pretty mellow fellow, which I understand is typical for this species.  It could not have cared less that we were ooing and awwing over it. 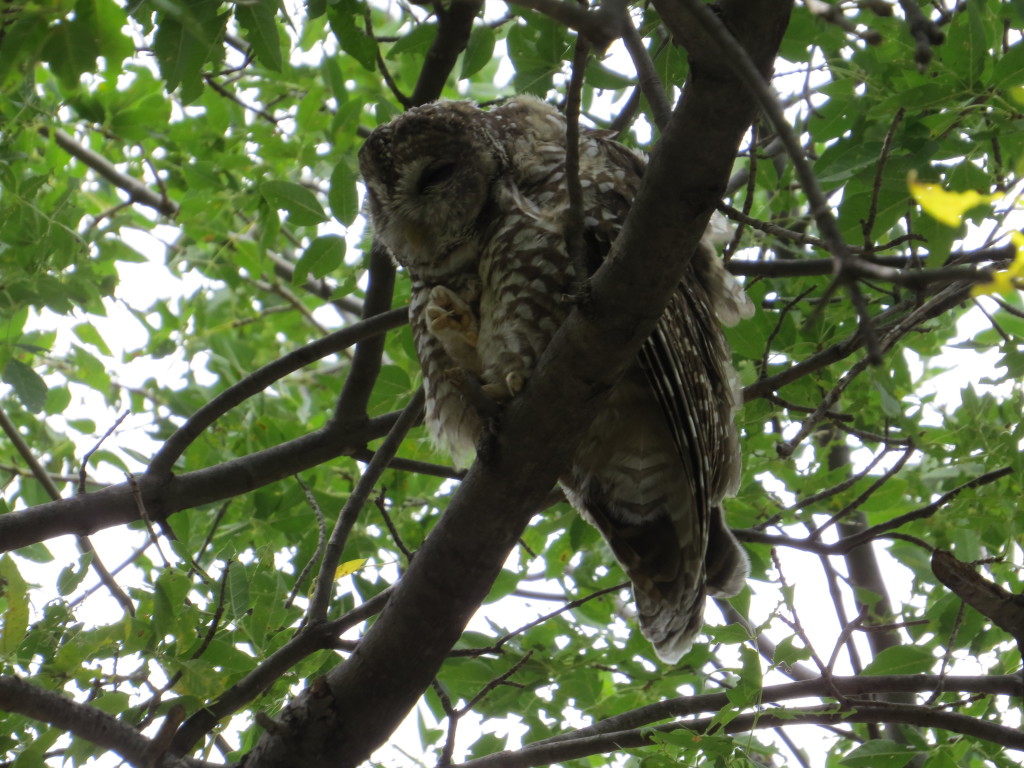 Here is a contextual photo for you.  Can you spot Spotty? 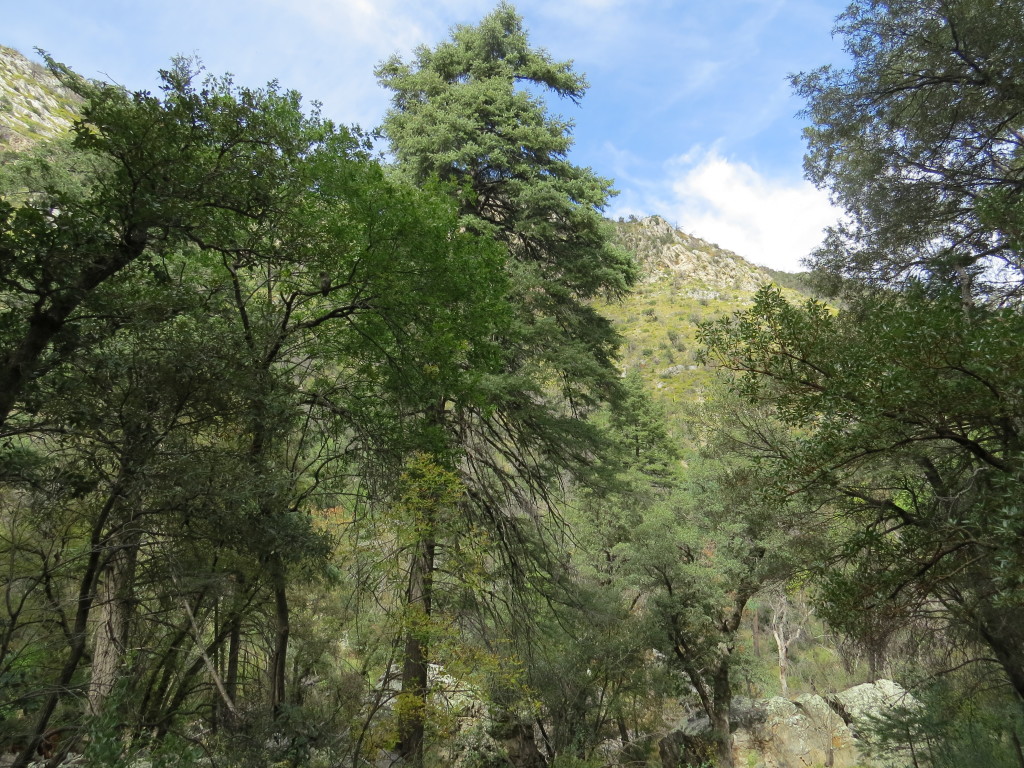 Tommy and I went a little further up the canyon hoping to spot one of the other Spotted Owls on our own which is half the fun of owling.  But without any more luck, it was finally time to head back down the canyon. What a thrill it was, though, to get this prized lifer: 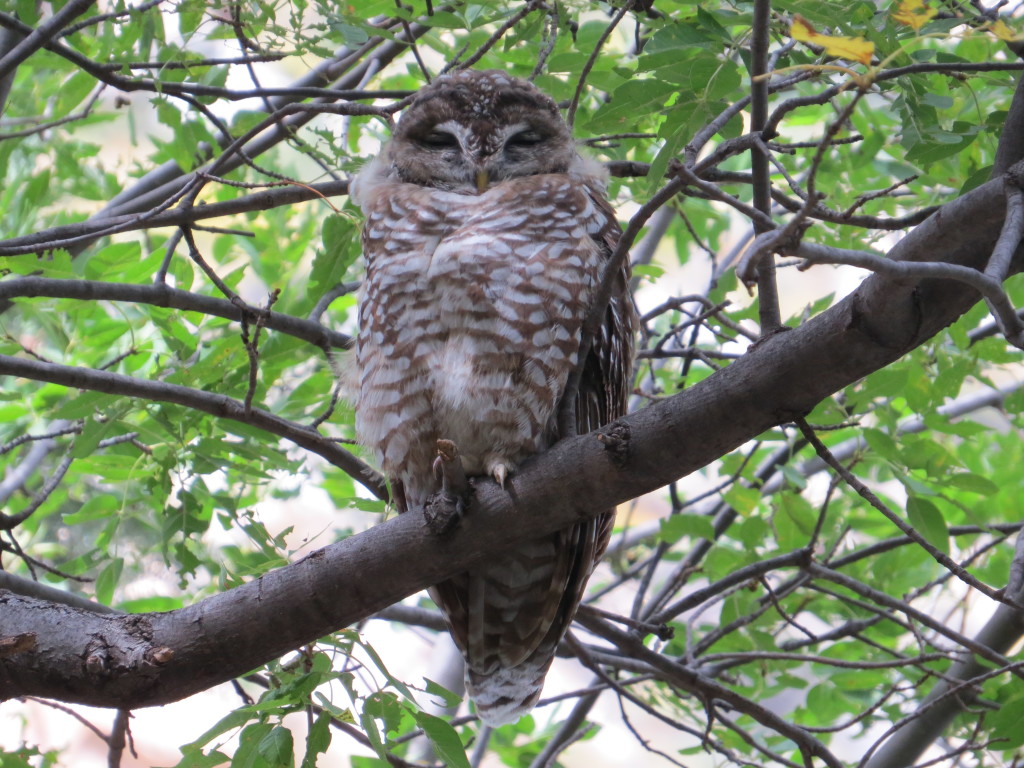 As we got closer to the parking area, a Canyon Wren decided to play nice for some photos.  This was a lifer for Evan as well. 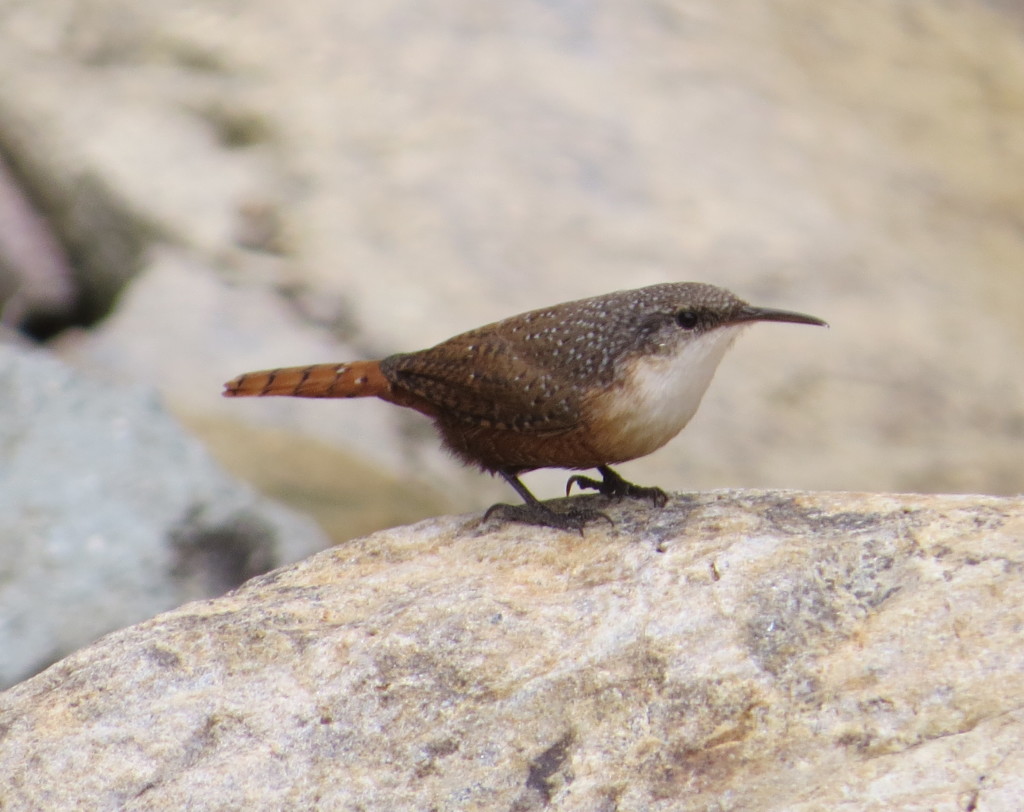 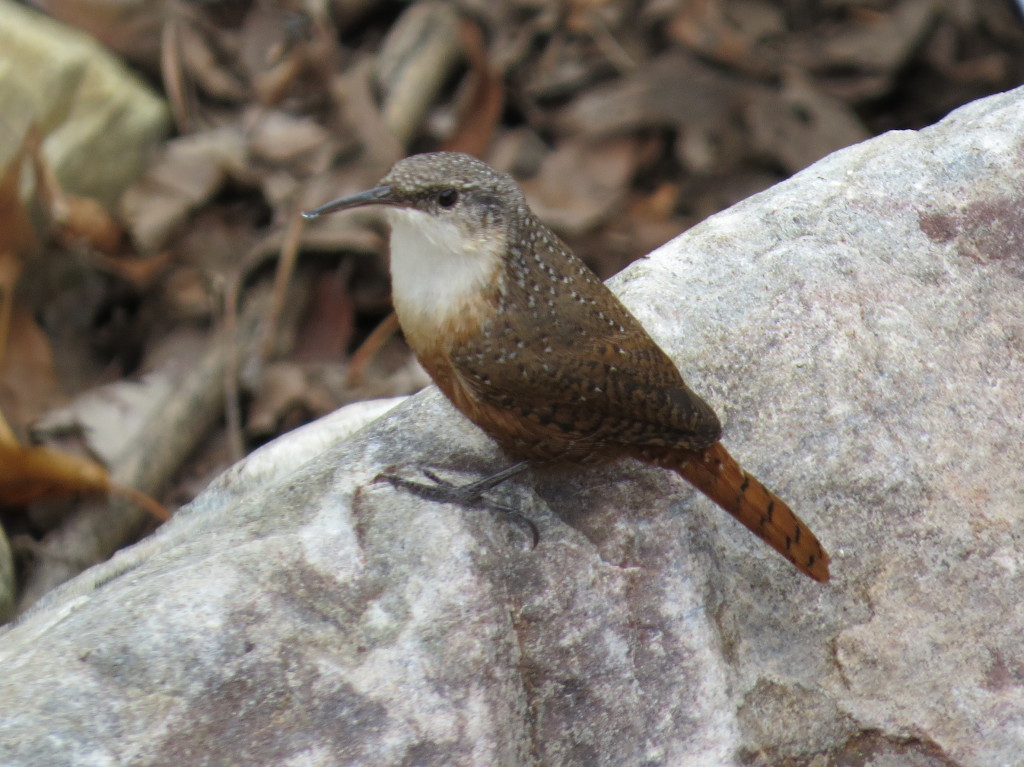 Then there was one last big gift for our big day in the Huachucas.  We were nearly to the car when Tommy thought he heard a Black-throated Gray Warbler.  I saw one last spring, but only briefly.  I was hoping for a better photo.  However, I’m just going to have to wait for that because the bird turned out to be a lifer Townsend’s Warbler instead! Now I need a redemptive photo of two western Warblers. 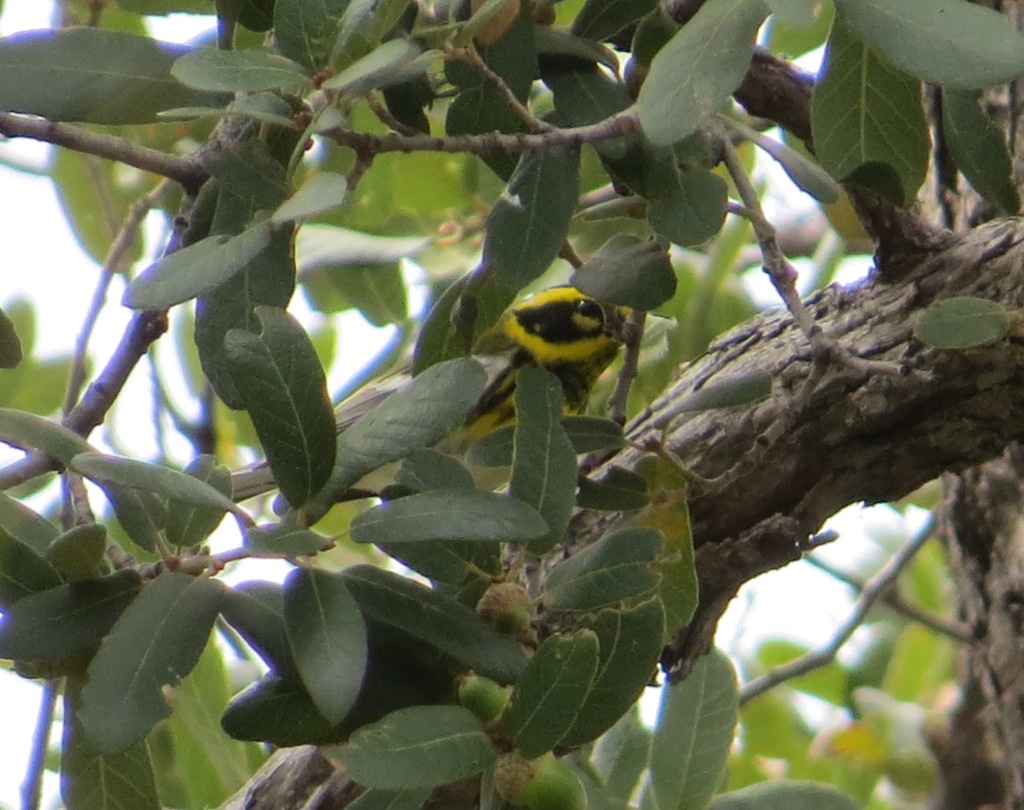 What an incredible day it was at our three stops in the Huachuca Mountains.  It was finally time to hit the road to join my family back at Green Valley.  Once again, Tommy and Gordon outdid themselves and provided another fun set of SE AZ memories.  We said our goodbyes and vowed to meet up again this winter back in Minnesota where it’s not as warm, definitely not as scenic, but with just as cool (if not cooler) Owls.  Hopefully Evan and I can repay these guys with some awesome lifers of their own.

Coming up is still one more day in SE AZ…but without Tommy and Gordon’s help, how would we fare?  Check back and see.  Next stop: Patagonia.