I’ll tell you what state it is–it’s the state of chaos; it’s the state of shock and awe.  Minnesota is simultaneously being invaded by both Snowy Owls and not one, not two, but three Vermilion Flycatchers this week.  Incredibly there hasn’t been such a sighting in 21 years and two of this year’s birds have shown up at the same location.  Moreover, other good vagrants and migrants keep popping up all over the state, sending birders’ heads spinning, not knowing which direction to travel.  I was in such a predicament this weekend–frozen with indecision.

I finally opted for the two reliable Vermilion Flycatchers in Becker County.  It would make a dandy addition to my state list whereas all the other good birds popping up were ones I already had locked down for that category.  I asked Evan if he wanted to go along, and I was delightfully surprised when he said he wanted to go on this adventure.  So this morning we left the house at 4 AM to go north of Detroit Lakes to see those Vermilions at first light. Which we did.  Promptly seeing our MN VEFL upon arrival, I raised the camera, looked through the viewfinder, and read the message “No Memory Card”!  Are you kidding?  It finally happened that I’d go on a rarity chase and forget something so crucial. It didn’t bother me tooooo much because I have lots of photos of striking VEFL males from Arizona already.  But still, it hurts a bit.  Thankfully, birding friend John Richardson pinch hit for me and let me use a couple of his shots for the blog.  And if you’re going to have a pinch-hitter, who better than a slugger like rarity-magnet John, a.k.a. Mr. Brambling, a.k.a. Mr. Black-headed Grosbeak, a.k.a, a.k.a. 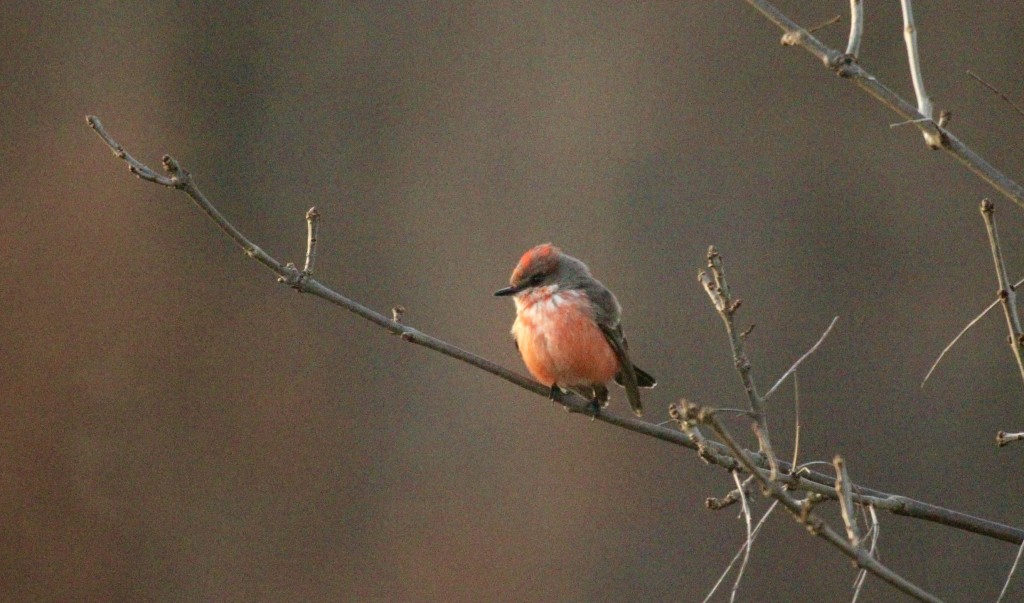 Becker County Vermilion Flycatcher #1; I believe this is the individual we saw; Photo by John Richardson 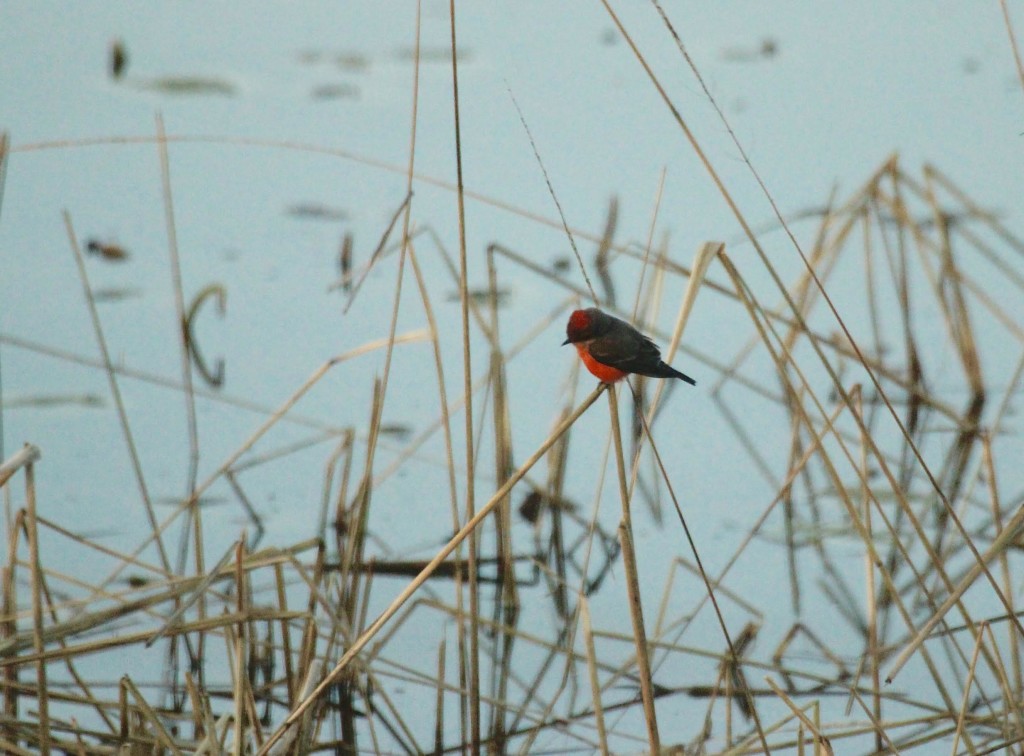 Pretty neat stuff, right? Not only were these some great birds, but the homeowners were top-notch people, very friendly and welcoming.  Evan thoroughly enjoyed their dog, and they thoroughly enjoyed that a youngster had come out to witness a cool phenomenon in nature.  They were even kind enough to tell me where the nearest Wal-Mart was so I could pick up a memory card because…..we were off next to look for reported adult male Long-tailed Duck in winter plumage!  Though the Vermilion was a state bird for me and the LT Duck was not, I was more excited about seeing this duck in this plumage.  There was no way I was going unprepared for this one.

Once we finally made it to the slough south of Stakke Lake in Becker County after spending a ridiculous amount of time in that Wal-Mart, it took a little bit of searching before I found it.  Our views were distant, but I was able to get Evan some looks on the LCD.  His response was something along the lines of “Whoa, cool!” Indeed. It seemed so odd to see an ocean duck sitting on a slough and hugging the shoreline, or in this case, sitting on it. 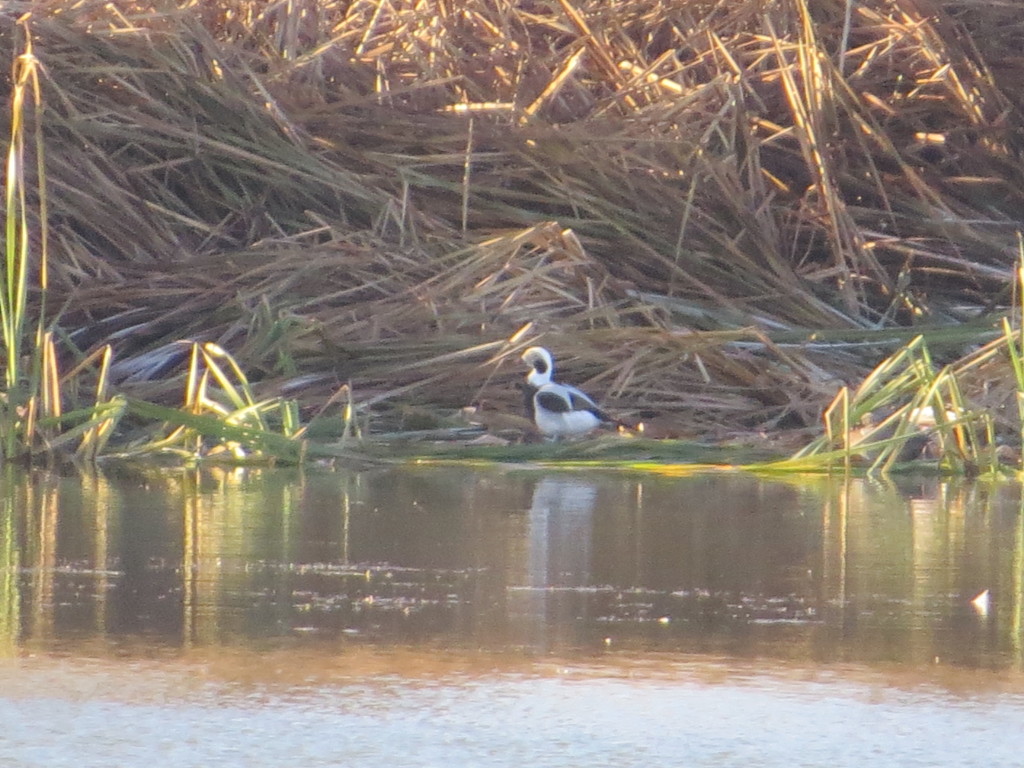 Such a striking bird. Check out this chest! 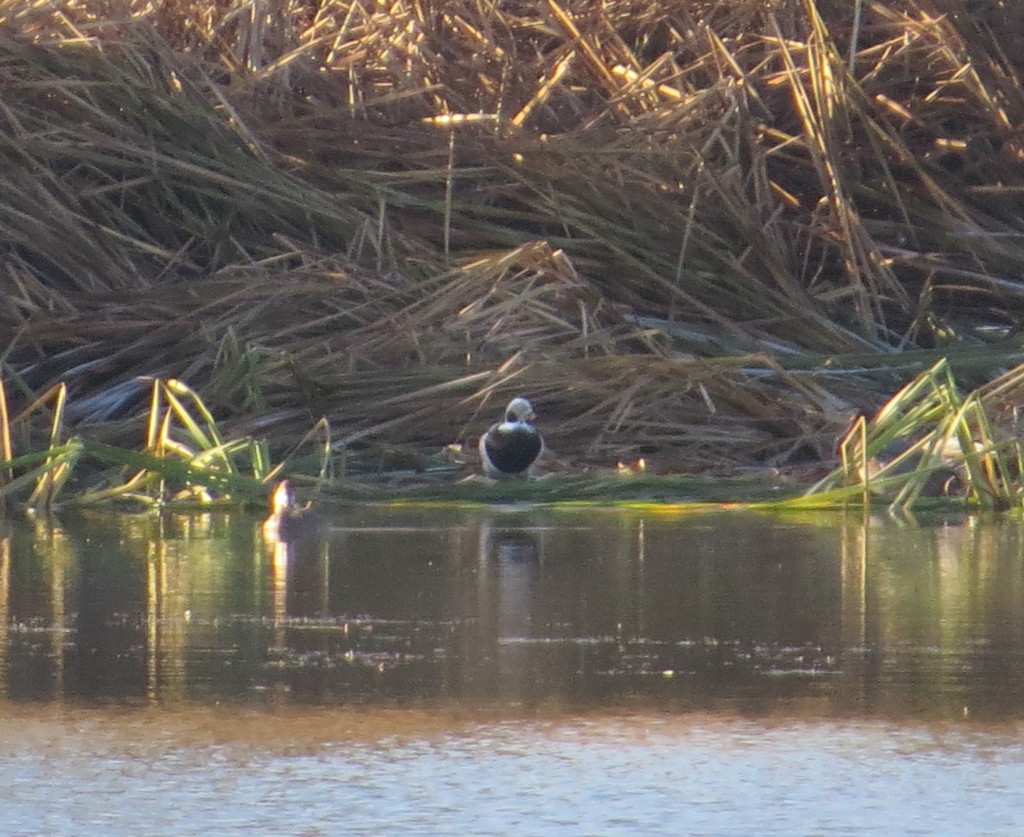 Even though it was far away, it was still such a treat to watch this handsome duck.  Our lifer a couple a years ago was an immature-type bird that did not live up to its name. 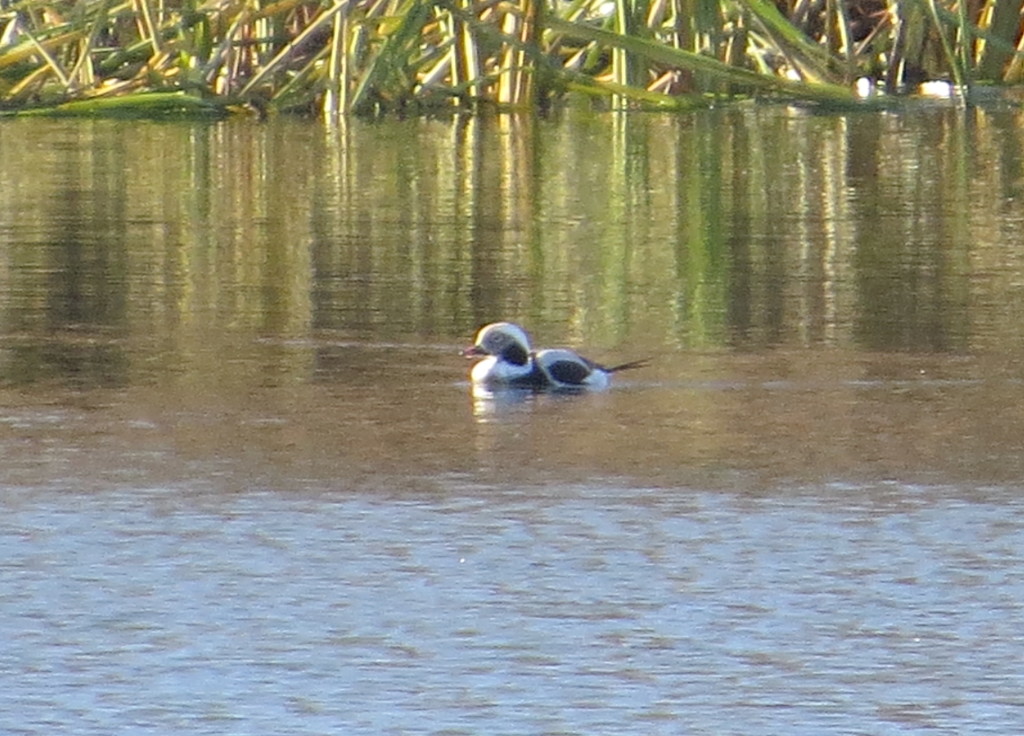 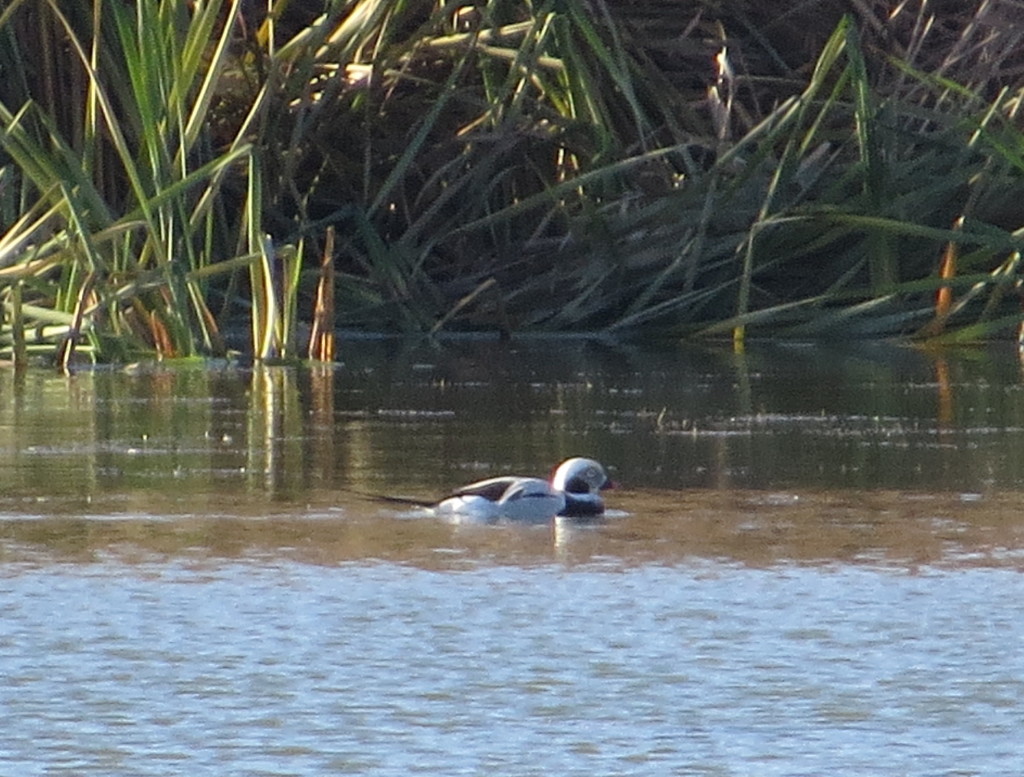 After that fun, Evan and I hit the road for the 3-hour trip home.  Our second Northern Shrike of the fall was a nice bonus on our drive.  Despite the memory card snafu, it was a memorable trip with Evan where we got to see some really fantastic birds for Minnesota.

We’ll get back to the Arizona stuff, I promise, but don’t be surprised if there’s another interruption or two!