Like most birders I am fond of my home county list and crave those new additions which happen with less and less frequency with each passing year.  This year I am trying in particular to go after those species that we know are regulars in the county every year.  The year got off to a good start on New Year’s Day with the Kandiyohi County birders teaming up to go after Short-eared Owls.  Seeing as that event was successful and fun, why not try again?  One of my other biggest wants for the county has been a Townsend’s Solitaire.  This bird of the western montane forests moves eastward and downward in elevation in the winter months and can be found all throughout Minnesota. They pop up everywhere. Kandiyohi County has an abundance of suitable habitat in the form of large stands of Red Cedar, so I knew there had to be one or more lurking out there somewhere. So I put out a call to action to the Kandi crew on FB, and to my surprise, 10 people said they were down for it. The event was dubbed “Super Solitaire Saturday” for being held on the eve of the Super Bowl.

Ten people is much too large and way too inefficient for one search party, so for SSS we split into three groups to tackle large swaths of the county in an efficient manner.  Herb Dingmann, Dan Orr, and Milt Blomberg came down from neighboring Stearns County to the north and were going to hit Burbank WMA. Steve Gardner, his brother Scott Gardner from the Cities, and rising birding phenom Garrett Wee from Lyon County comprised team #2.  They planned to scour Sibley State Park. I joined up with local birding legends Randy Frederickson, Joel Schmidt, and Jeff Weitzel to tackle Prairie Woods Environmental Learning Center.

In planning for the day I was quite optimistic that we would achieve the target, but I had no idea just how efficient this divide and conquer strategy would be. My crew decided not to start until 8:30.  Good thing, too! Just as we parked our cars at Prairie Woods and were about to step into the Red Cedar landscape to begin our search, I got a call from Herb. They had already found one at Burbank! All groups converged on team #1’s location and picked up a sweet county bird… 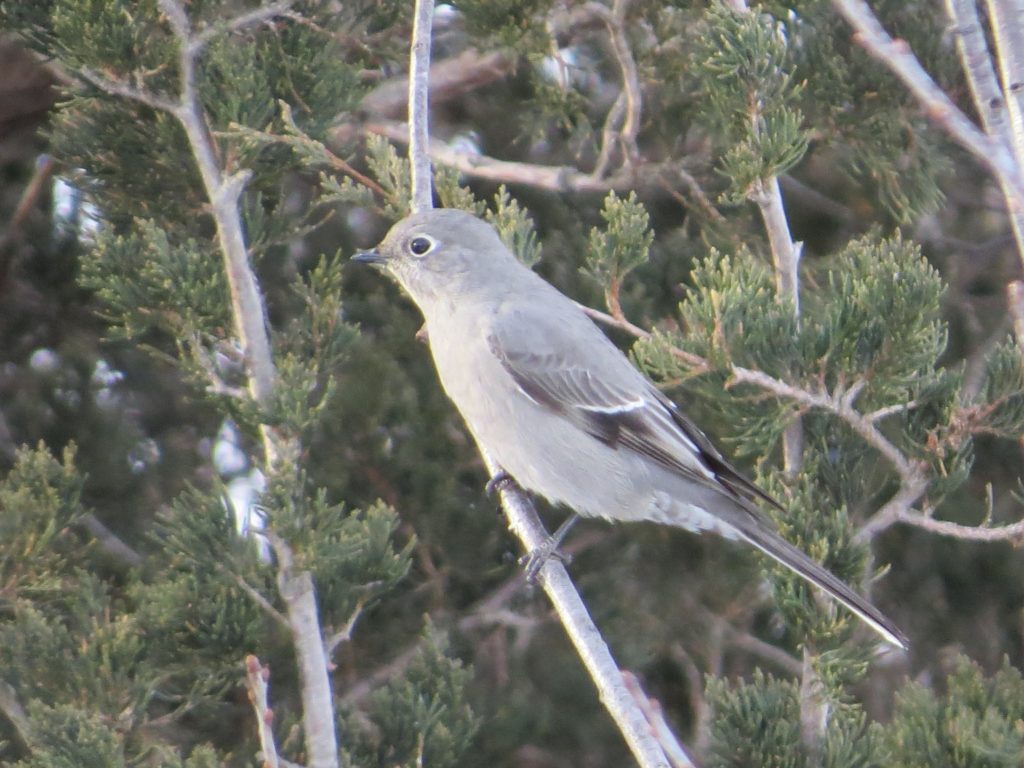 As we enjoyed the bird and expressed jubilation over a very early success, we detected a second Solitaire as well! 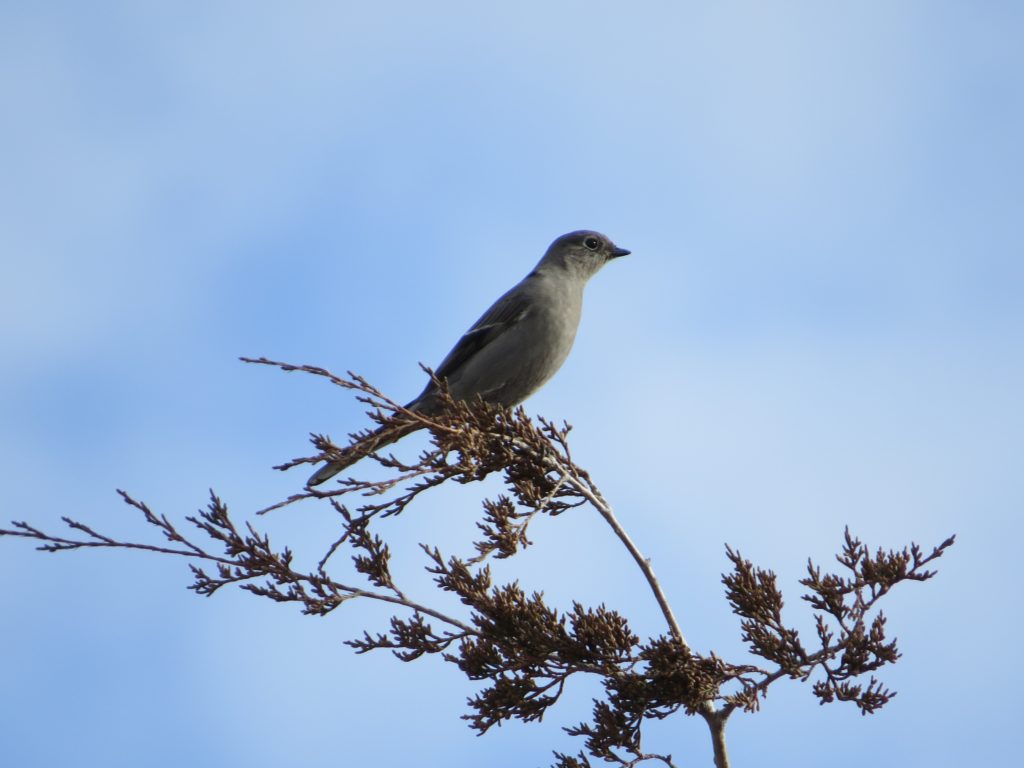 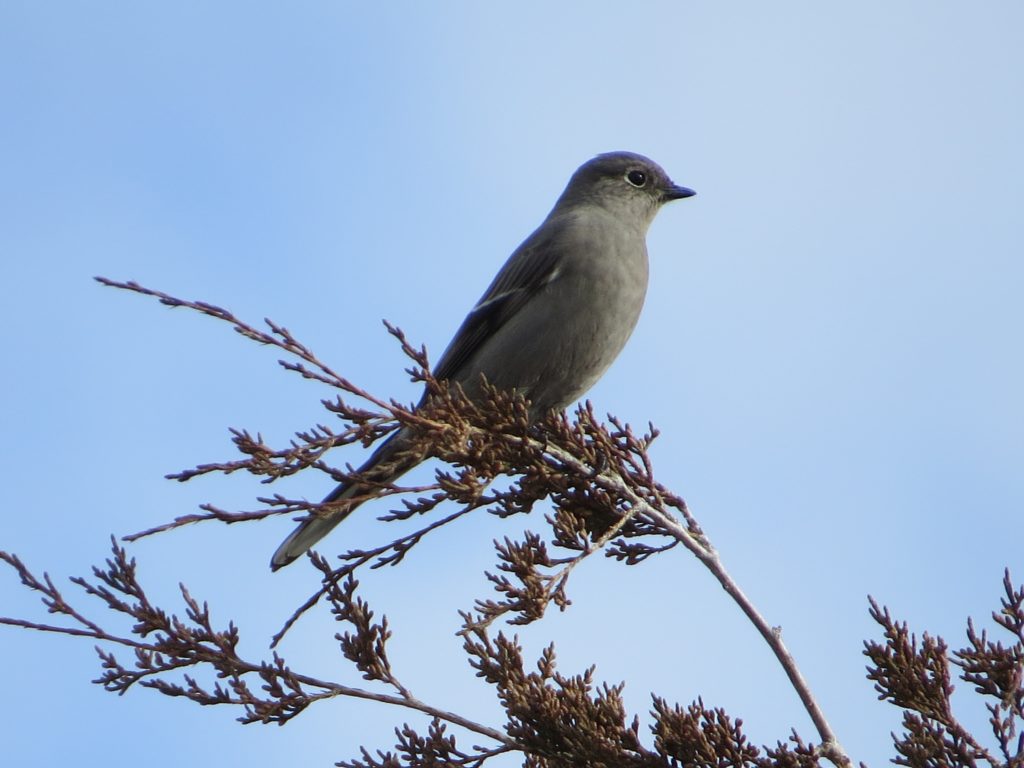 With the objective met so quickly and so easily, no one really knew what to do afterward. After shooting the breeze for quite awhile, we settled on going after the only other type of new county bird we could really try for this time of year: Owls.  Now the focus was on Eastern Screech-Owls, Long-eared Owls, and Northern Saw-whet Owls.  Each of the teams put in a few hours of Owling but came up short.  No one was really bothered about that.  The group ended up having lunch together and then we each went on to our separate birding objectives for the day.

So what’s next for the Kandi crew? Time will tell, but this group birding has proven to be both popular and effective. The next event is likely going to have an Owl focus.  Steve and I are already hot on the trail of one of those coveted birds, so maybe, just maybe, we will have another successful story to tell.