Five years ago Melissa and I lost our friend, Jen, to cancer. One thing that can be said of Jen was that she knew how to live life–she loved people and loved having a good time.  Jen always brought joy, laughter, and a special flare to every gathering she was a part of. Jen introduced us to a concept we had never heard of before–birth month. Yep, she celebrated her birthday for an entire month by indulging fancies and whims with her friends and family for 30 days instead of just the one day. That’s just who she was.  It turns out that Jen and I shared the same birth month (September), yet here I had been robbing myself of 29 days of celebration for 30+ years.  It was time for me to make up for lost time, so this birth month I indulged myself by going on two special life bird chases with a couple of good friends.  So by my count, I still sold myself short by 28 days. Sigh…maybe next year I’ll get it right.

The first chase was on September 6th.  News broke that day of a juvenile Sabine’s Gull at the Albany sewage ponds.  This was less than an hour’s drive from home.  So after work, Steve Gardner and I made the chase on a beautiful early fall day to get this lifer. The bird was quite accommodating, swimming right up to us.  Unfortunately Steve and I never got to see it fly and see the distinctive wing pattern despite waiting on it for 45 minutes. 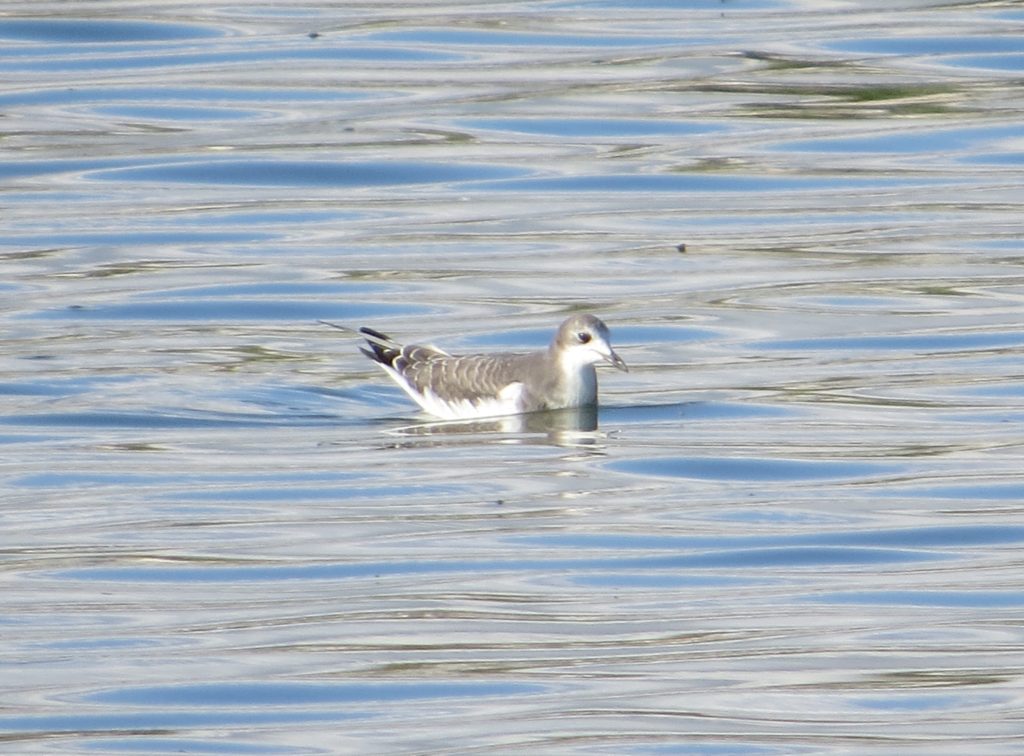 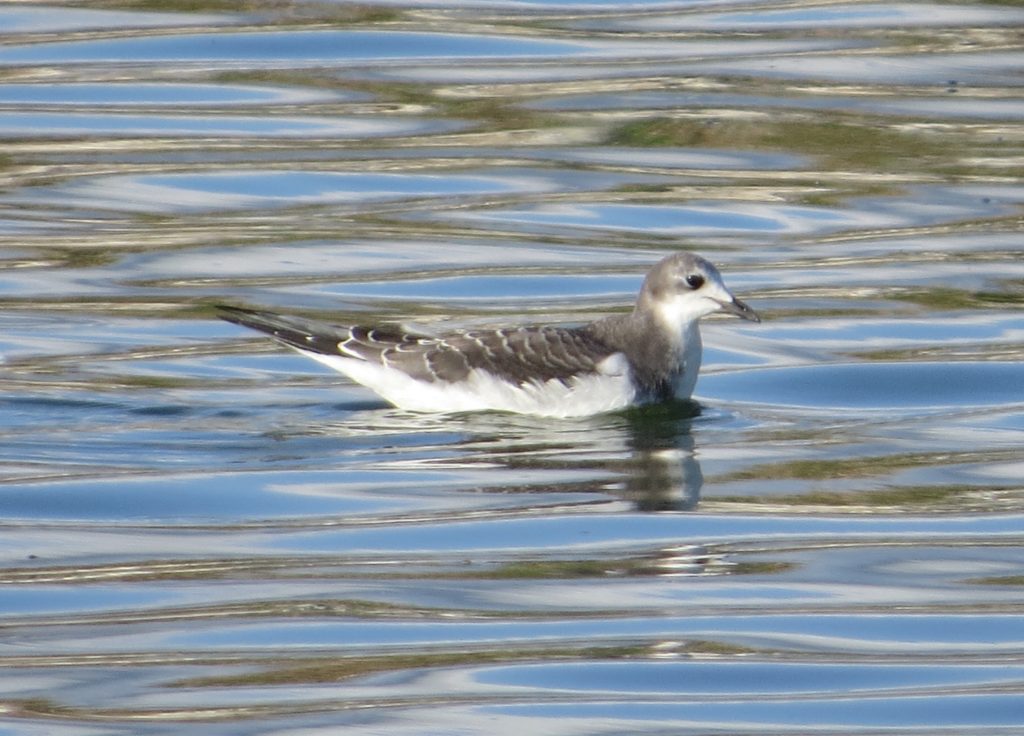 Sabine’s Gulls are a rare but expected species throughout the Minnesota during September.  What wasn’t expected was a bird that turned up two weeks later in Carver County–a first state record Sharp-tailed Sandpiper, a bird from Siberia.  They mostly show up in Alaska but are also seen occasionally in the lower 48 along the west coast.  This find by Pete Hoeger and Bob Williams was absolutely remarkable. Consequently, Randy Frederickson and I chased this bird together after work on September 21st.  The hordes were out in full force for this mega.  Initially when we arrived, we and the 20 other people there couldn’t find it even though it had been spotted 10 minutes before we showed up.  After a good 20 minutes filled with much internal panic everywhere, one of the birders got us on the bird.  The wind, distance, and similar looking juvenile Pectoral Sandpipers made spotting and re-spotting the bird a tough task.  Photography was a nightmare; I would have to settle for diagnostic photos in these conditions.  But considering I never thought I would ever, ever see this bird in my life, I’m not complaining. 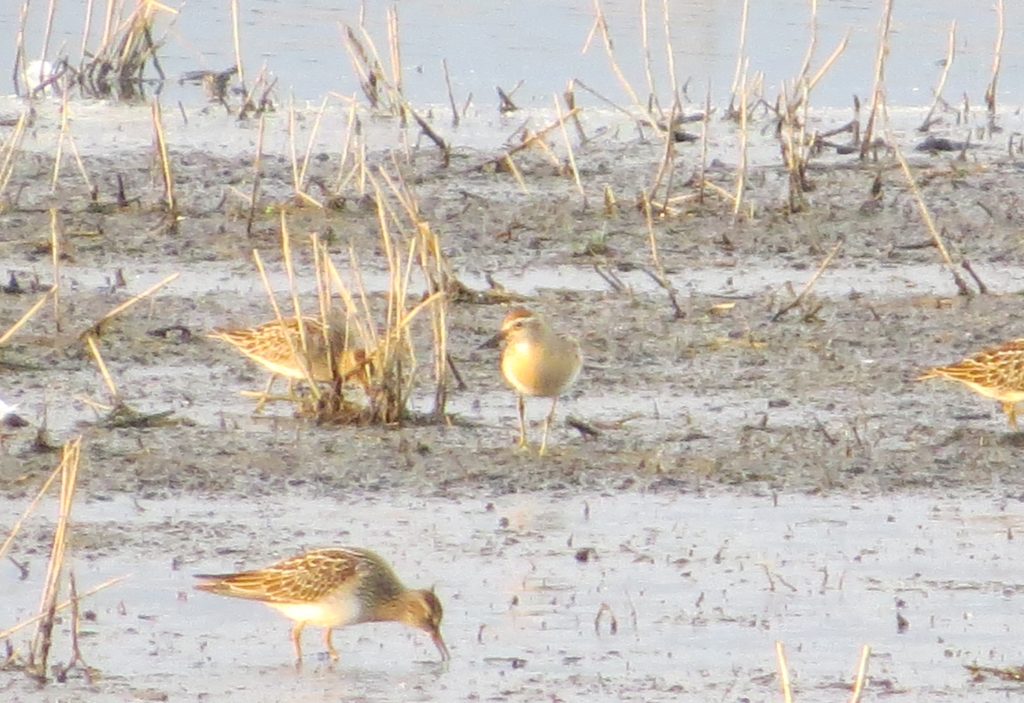 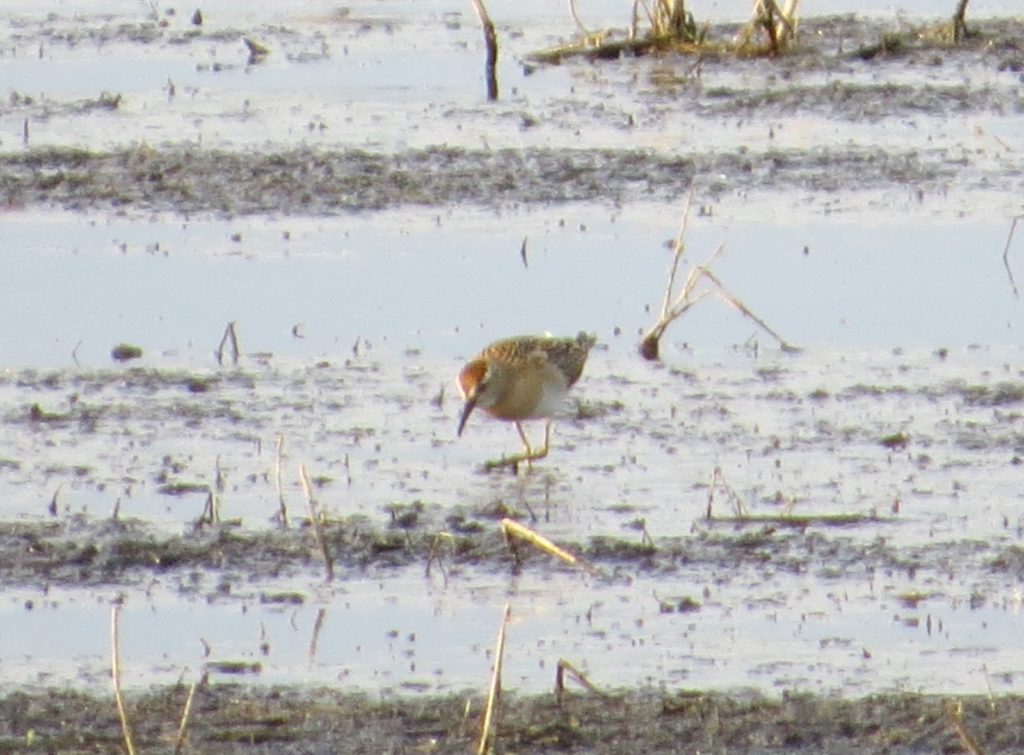 By birding standards I’ve actually been celebrating Birth Quarter instead of just Birth Month.  The great birds have continued long past September.  I’ve been to Arizona and back already, so there will be more stories of lifering and night-owling with the famous Tommy DeBardeleben of TOBY fame. There have also been good birds back home, including a new county record that I found. Lots of excitement coming at you on the blog in due time…