Every so often in our quirky, obsessive hobby of birding, someone gets the idea of doing a Big Year in the hopes of becoming a record holder for his or her county, state, or continent. Pursuing such a number is nothing new and most birders succumb to number seeking in one way or another. Maybe I’m a bit biased because of my personal investment, but when Tommy DeBardeleben announced his Owl Big Year, I was genuinely intrigued.  According to Tommy, he must see and photograph all 19 species of Owls that regularly occur in the United States in 2016.  Seeing all the Owls in one’s lifetime is quite the achievement, let alone seeing them all well in a single year. Tommy got off to a good start in Minnesota in January and has continued knocking out Owl species left and right since he got back to Arizona.

Just as surprising as Tommy’s Owl Big Year announcement was his decision to return to Minnesota in June. The TOBY immediately makes Eastern Screech-Owl the number one target for his return to the land o’ lakes.  Not only does he need it for the TOBY, but it would also be a lifer for him.  As Tommy’s host, the pressure is on…again.  Unlike those winter Owls, though, I have only ever seen one ESOW in my life and not by any skill on my part {gulp}.   ESOW is a year-round resident that can be found throughout the state.  That does not translate into them being easy finds.  I’ve made seeing/finding the easternmost Screech species my main goal for 2016.  It is a good goal, a solid goal. It has given some direction to this new year of birding in which I was just drifting along.  It is a goal that requires a great deal of inquiry of wise old Owlers as well as searching on my own–no stone unturned as they say, or more appropriately, no cavity unchecked. 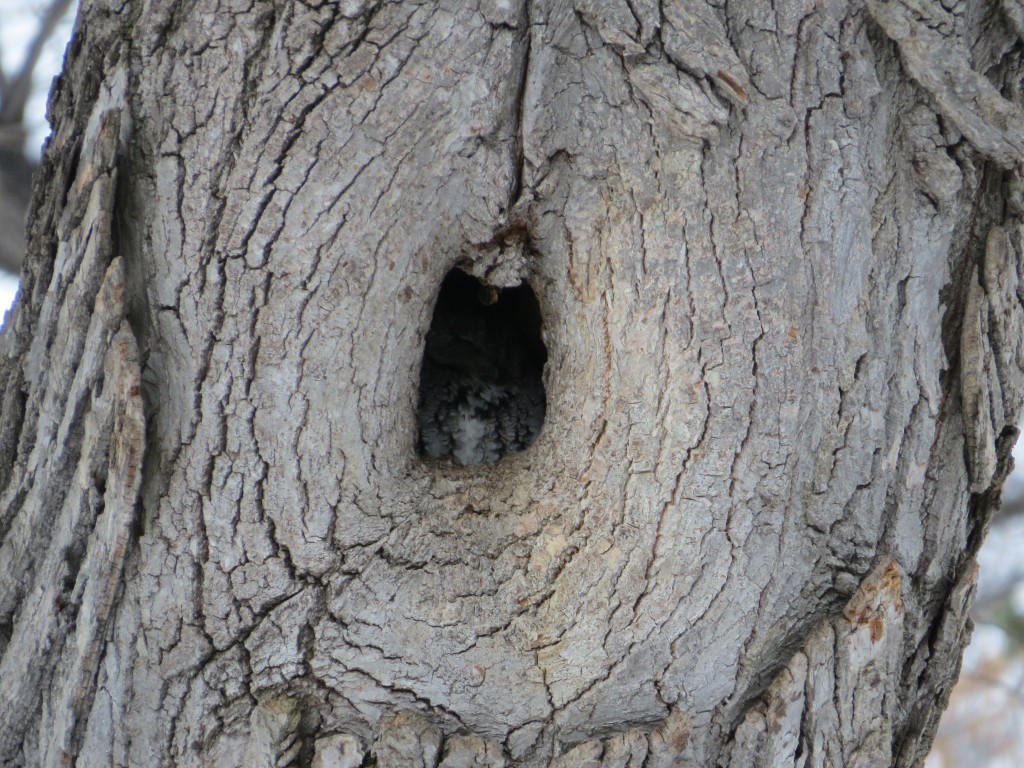 This Eastern Screech-Owl was brought to the public’s attention this past week when  skillful Twin Cities Owler Erik Berg discovered it on a regular cavity check in Minneapolis.  Since then, the bird paparazzi have been encamped underneath this tree.

Will this Owl be around for Tommy? Doubtful.  Still, it had been a long time since I had me an ESOW sighting. I had to go check it out and scope out the lay of the land for the TOBY, just in case. Also, I had never seen ESOW eyes before. 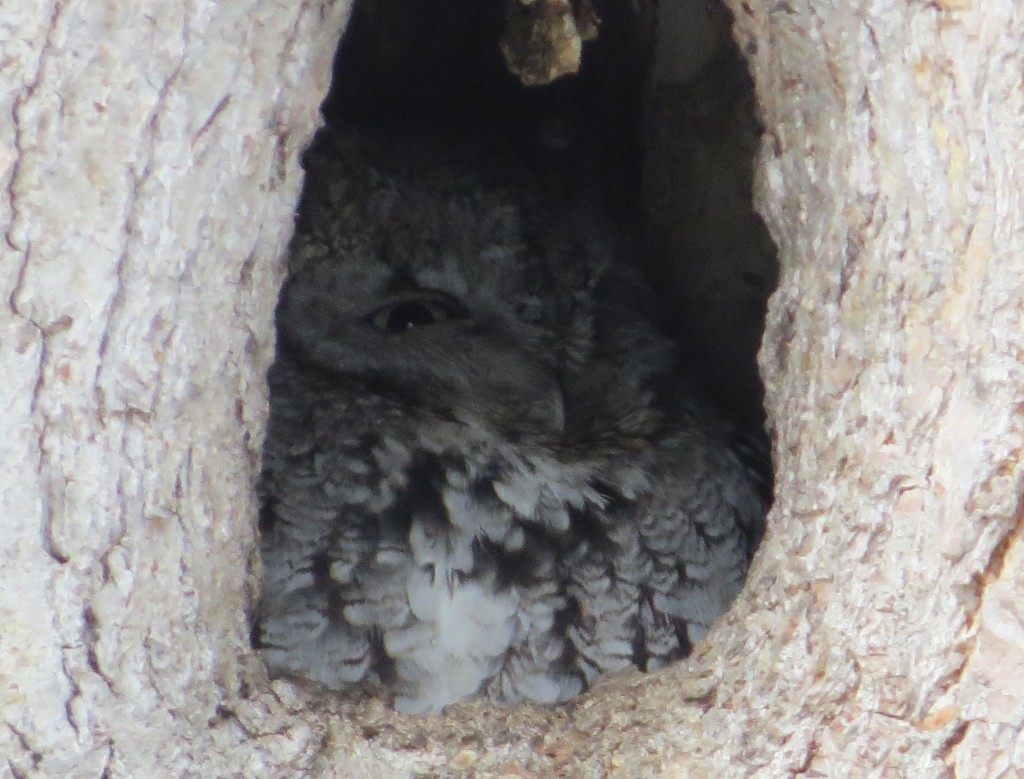 Since this Owl was just 5 minutes from my brother’s house, the kids came along and got some solid cousin time.  Jason joined me on this Owl check-up and got some great looks through others’ scopes. 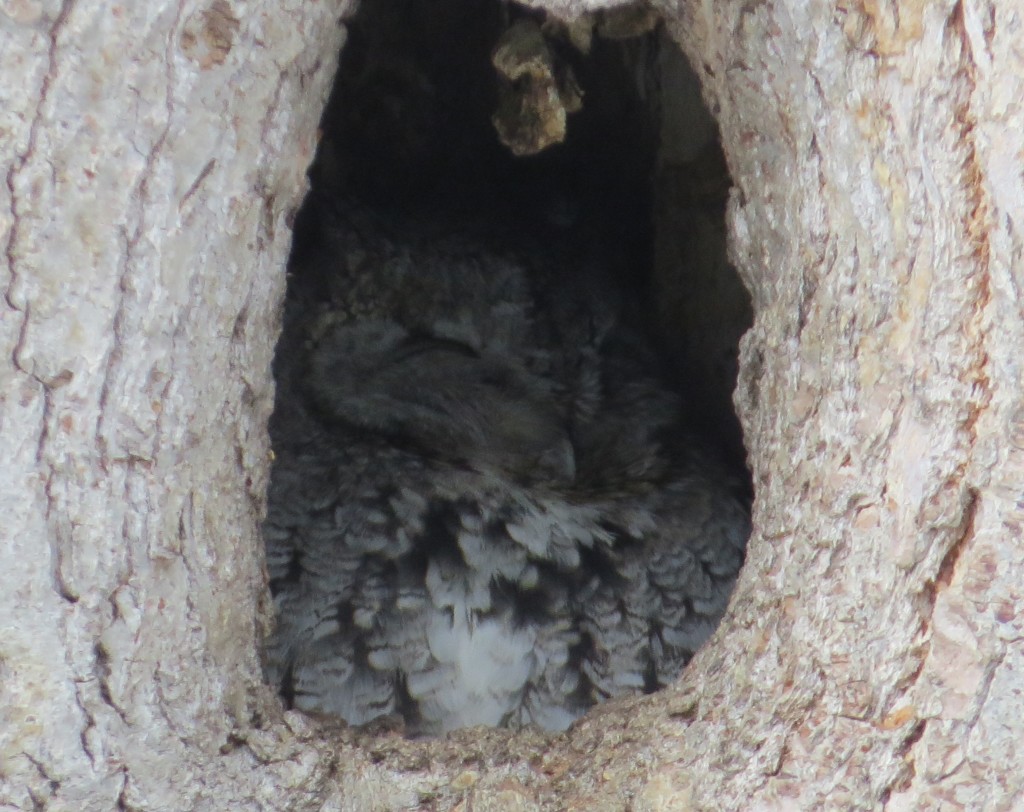 After going back to Jason’s house, I came back a little later for one last check hoping the Owl would be more in the open.  It was slightly better this time.

Rest up, little buddy, you may have quite the visitor to entertain in a few months. 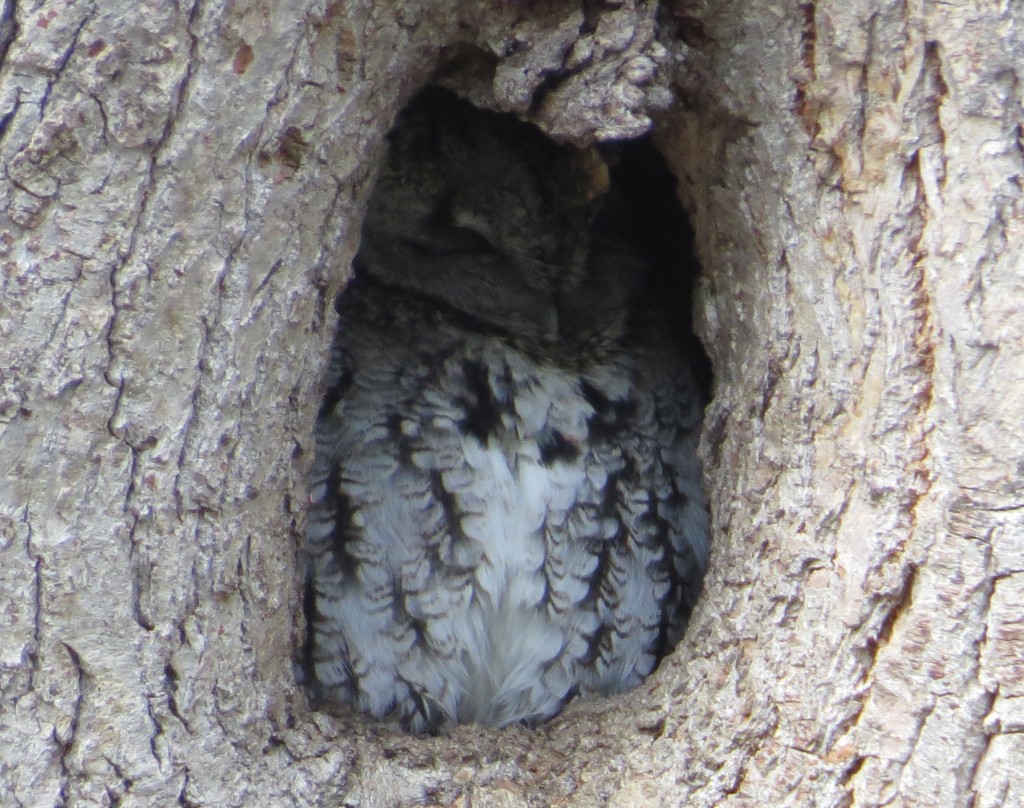