Much to the my childrens’ great annoyance, there has not been a single day of school called due to weather this year.  We are generally bereft of the white stuff this mild winter. I’m totally okay with no snow so long as we still have SNOW. 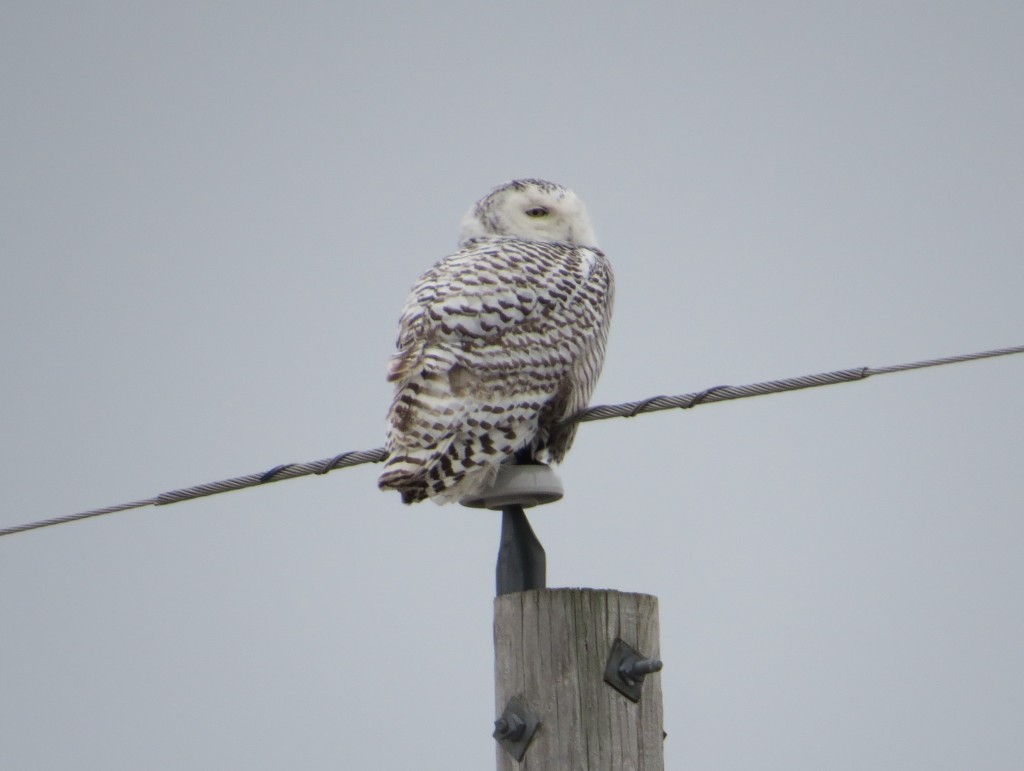 Long-time readers of ABWCH may recall that two years ago, my coworkers and students were feeding me sightings nearly daily of a crazy number of Snowy Owls.  Those were the gold old days of the first of two consecutive irruption years. Fellow teacher, Bonnie, spotted this one this past weekend.  Bonnie has a way with the SNOW–she found me two of them a couple years ago. 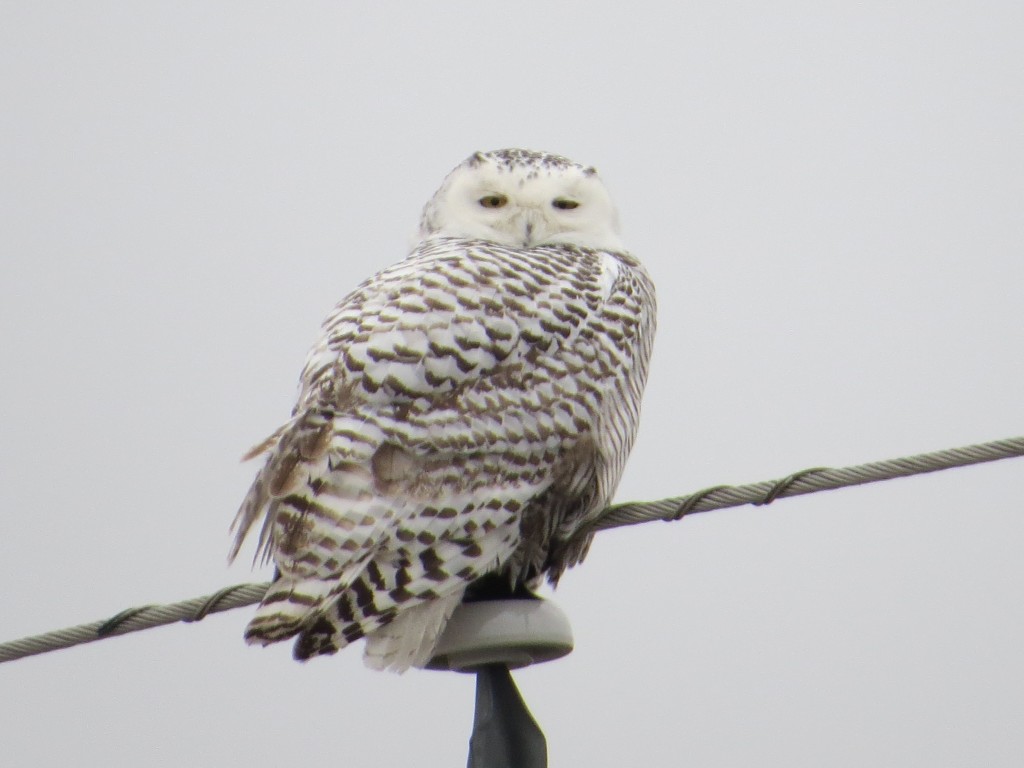 Despite this being a non-irruption year, I’ve had reports this winter of at least 5 Snowy Owls in my two-county birding area. This, however, is the first local one I’ve seen this season. Fellow teacher and birding friend Brad relocated Bonnie’s find Monday morning.  Brad did the Minnesota-nice birder thing of babysitting it until I got on scene.  Another birding/teacher friend, Theresa, also joined the mix.  Monday was a scheduled day off for all of us, yet here we were holding a staff meeting in the open countryside.  It was a pretty good meeting. 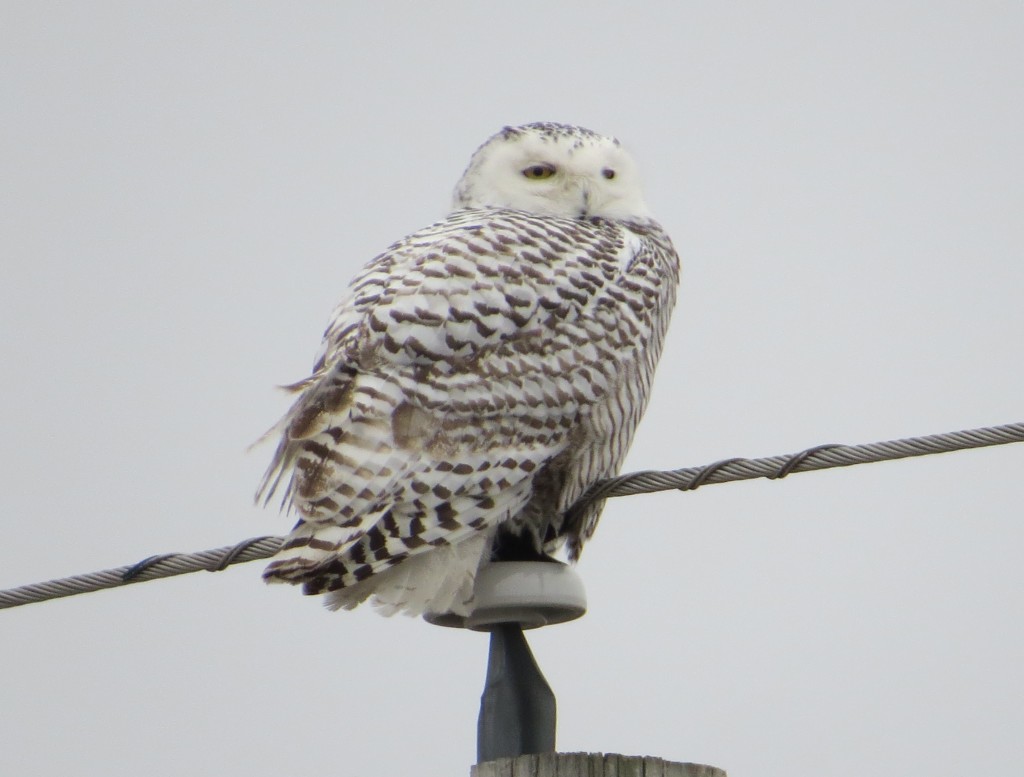 After this meeting of the minds, I actually went off to a real meeting at school.  But then it was back to birding business as I traveled up to Sherburne National Wildlife Refuge that same day to look for the White-winged Crossbills that have become very reliable there.  My previous lifer-sighting was a quick glimpse at a female; I was wanting to see and photograph a male.

I did find the Crossbills when I was walking the Blue Hill Trail through the Spruce forest at Sherburne NWR.  I saw pine cone debris raining down from above.  It was a glorious sight and sound because I knew what was causing it–Crossbills feed on the seeds in pine cones, destroying the cones in the process. The problem was that I couldn’t get a view of the top of the tree. After tracking birds from below as they moved from tree top to tree top, I finally found an opening where I could see the birds at the top.  I wanted a photo, but first, I wanted to get a good look with binoculars.  Picking out a reddish/pink one (male!), I watched it until it turned and I saw those diagnostic bright, white wing bars on the black wings.  I was happy.  Now the photo hunt was on.  I took a step to get in position, but my foot snapped off a dead branch from a tree and created a loud ‘crack’ that scattered the birds. And so I chased the White-winged Crossbills around and around the small woods only to come home empty-handed. Perhaps the outcome would have been different if my coworkers were there. We seem to work well together and get things done.