October 2004.  Some of you will remember that this was when the Red Sox swept the Cardinals and finally ended their long World Series drought.  I remember watching some of those exciting games on a crappy hotel TV in South Dakota when I dragged my wife of just a year-and-a-half along on a pheasant hunt.  “It’ll be fun!” I said.  Boy, was I green.  Long story short, I am still married and I made South Dakota history by being the only hunter ever to get skunked in the land where the state bird outnumbers the people by 100:1.  It’s true; somewhere near the Corn Palace in Mitchell there is a plaque displaying this bit of trivia.

Fast forward to 2015, and the pull to go back to South Dakota was once again strong.  Only this time the bird was not the Ring-necked Pheasant, and was instead the Lower Rio Grande Valley native, Great Kiskadee.  From deep south Texas, a Kiskadee made history in the five-state area (MN,WI,ND,SD,IA) by making an appearance at a rural residence in the Brookings area.  Apparently the bird, which shares time between two neighboring residences, showed up SEVERAL months ago and was only recently brought to the public’s attention when one of the homeowners eBirded it two weekends ago.  Interestingly, this report came out DURING the annual South Dakota Ornithologists’ Union’s annual meeting in Brookings just 20 minutes away.  Needless to say, the meeting immediately adjourned for a quick field trip to verify the bird’s identification.  The conclusion was that yes, this was for real.  Since then, droves have been making their way to see the Great South Dakota Kiskadee.

I was one of those itching to cross the border.  I made plans to go on Saturday, November 21st.  Melissa was gone to a conference so the kids would be accompanying me.  Since I had been talking it up all week before we left, the kids were actually really excited about going on this bird chase.  I don’t know if it was the prospect of going to another state or that they’d be able to watch Star Wars movies (a recent indoctrination at our house) or if they wanted to actually see this cool bird, but they were making their own preparations for the 3-hour one-way trip, getting most everything packed and ready themselves.  I wish I wouldn’t have been so engrossed in trying to track down the latest sighting information so that I could have paid more attention to their conversations as they gathered belongings, packed bags, and readied the snacks. 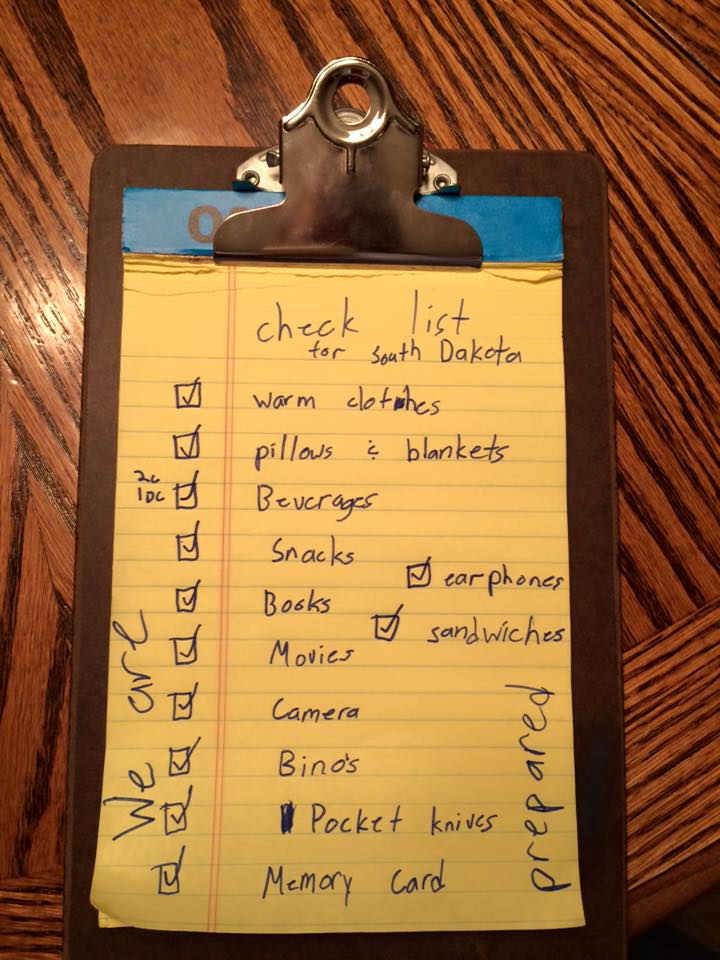 Evan was with me on the partially-botched Vermilion Flycatcher chase, so he added an extra checklist item just for my benefit.

When the day came, the kids and I made the long trip to SD.  Seeing that the temperature was only 18º, I was nervous that the tropical bird would have wised up and got out of town.  Once we got there, I was amazed that we were the only birders.  Even more amazing was that despite a two-hour effort, we got skunked.  History had repeated its ugly self.  Two birders showed up just as we left, so I gave them my phone number in case the Kiskadee showed up just after we got down the road.  No phone call.  In fact, those birders put in two hours and came up empty too. Imagine the great frustration, then, when later that evening the homeowner reported that the Kiskadee showed up just after we all had given up!  Yoda could feel my great pain.

I agonized over going back the next day.  I decided not to, figuring some day I’d bird in the Lower Rio Grande Valley and get this bird easily.  So Thanksgiving week happened along with all kinds of birding excitement of its own–stay tuned, and that Kiskadee kept up his daily appearances.  Stupid Facebook.  Videos and pictures and reports of that bird kept taunting me.  So this weekend, Evan and I went back.

We didn’t even get out of the home county before things started to look different.   Getting a FOY Merlin, a female Richardson’s “prairie” subspecies to be exact, at the very end of November got the birding juices pumping early. 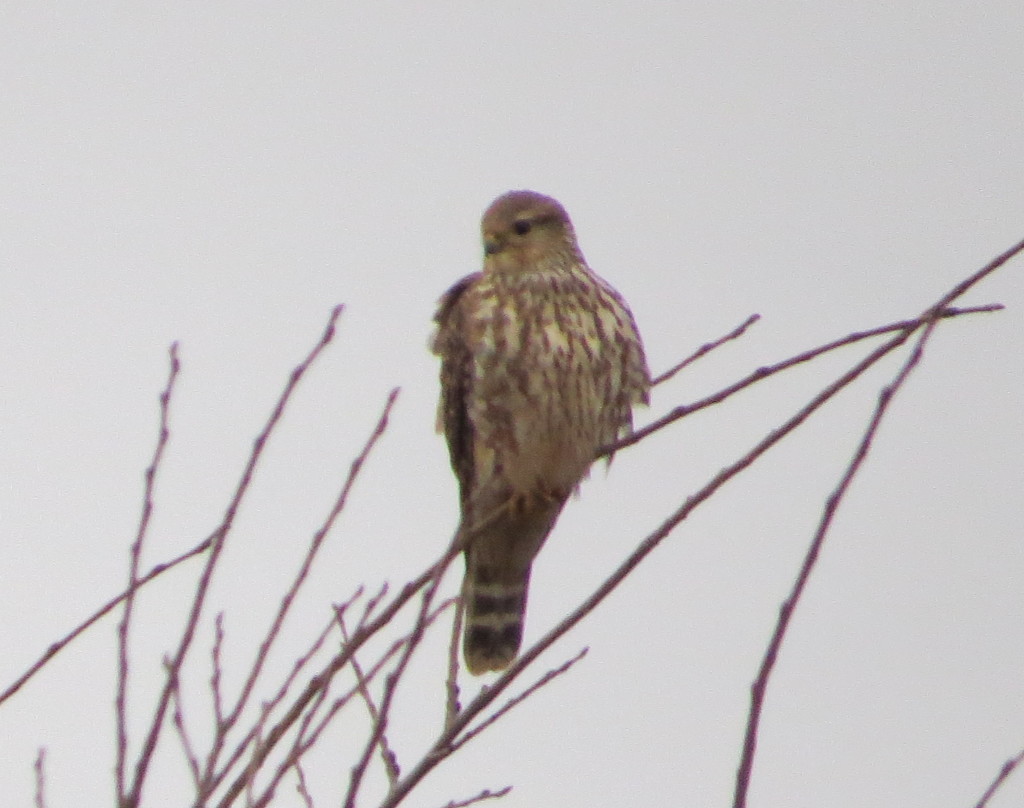 Then, just outside of Brookings, a rooster pheasant alongside the road was another good sign.  We did not even see a single pheasant on the last SD run.  Telling.  The good vibes were quickly iced, however, once we got on site and were off to an eerily-familiar start with at least a half hour of not seeing the Kiskadee.  Hopes were lifted when I visited with the homeowner at the north residence who told me he saw it that morning.  He asked for my number and said he’d keep watch at his place if I wanted to go wait at the south residence. As you can see, I got that phone call and redeemed my fruitless trips to South Dakota. 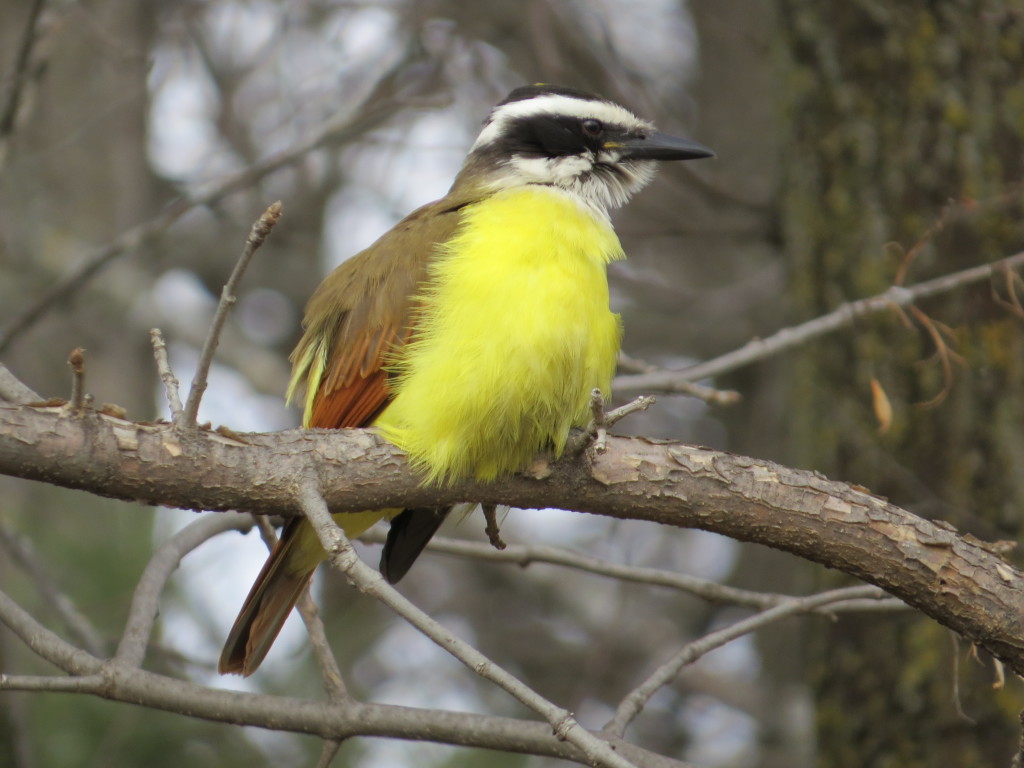 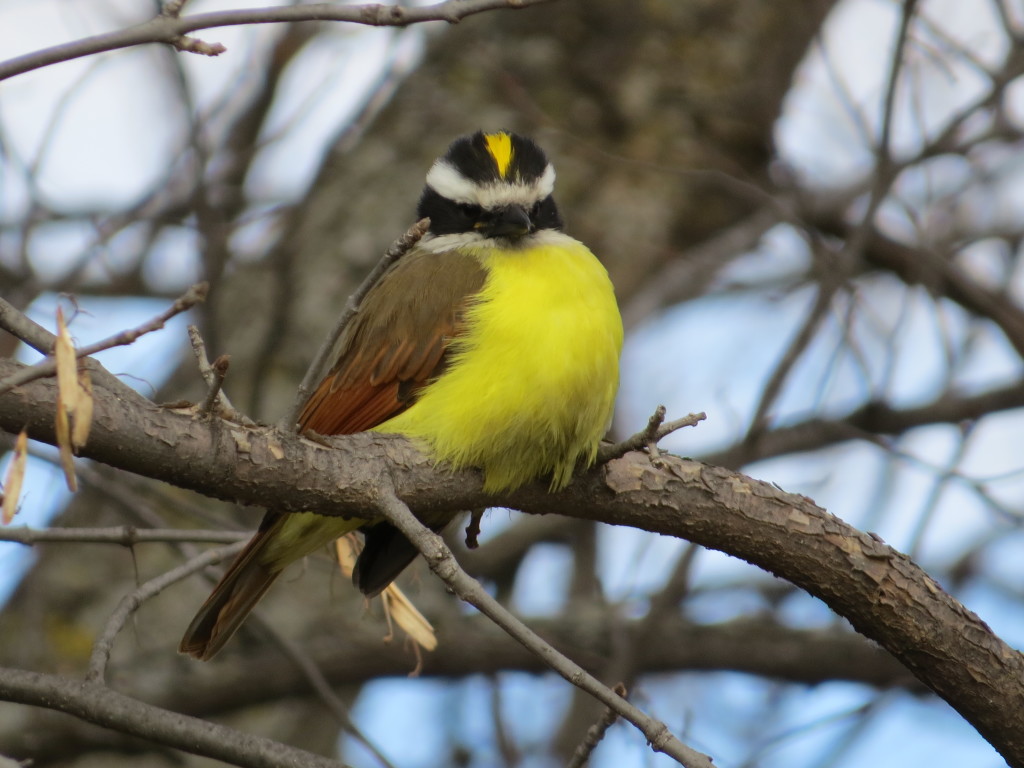 It turns out that Great Kiskadees are quite crushable, especially when they are chilly and don’t move for over 20 minutes.  Either that or the diet of heavy suet and cat food has made this individual lethargic. 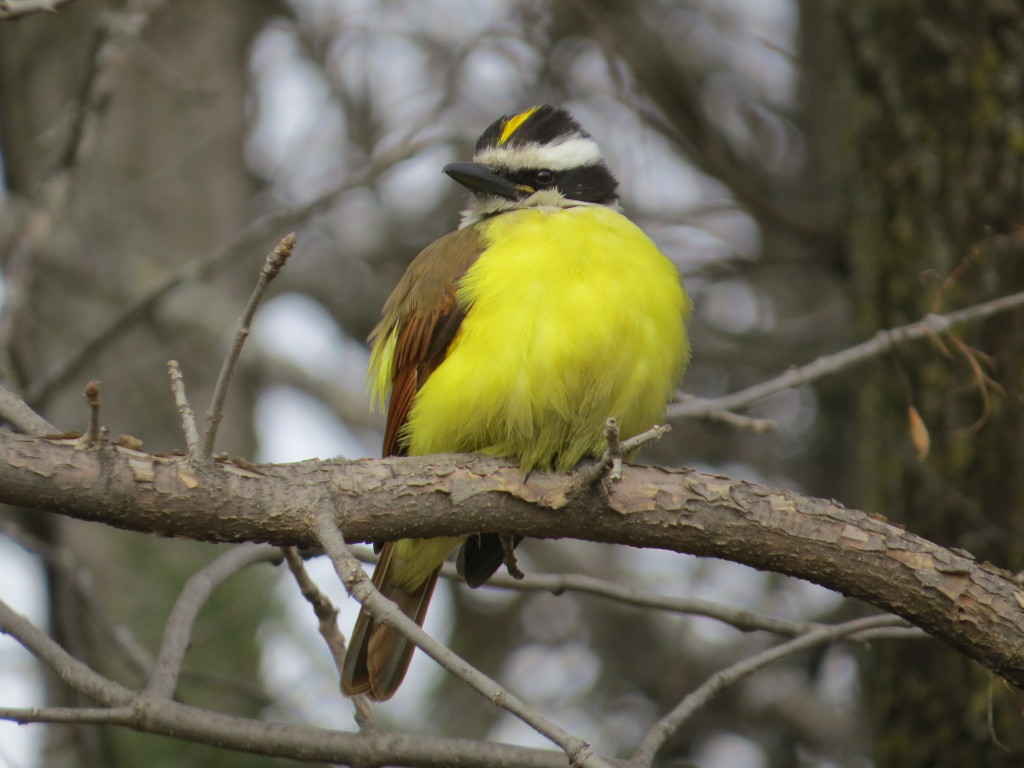 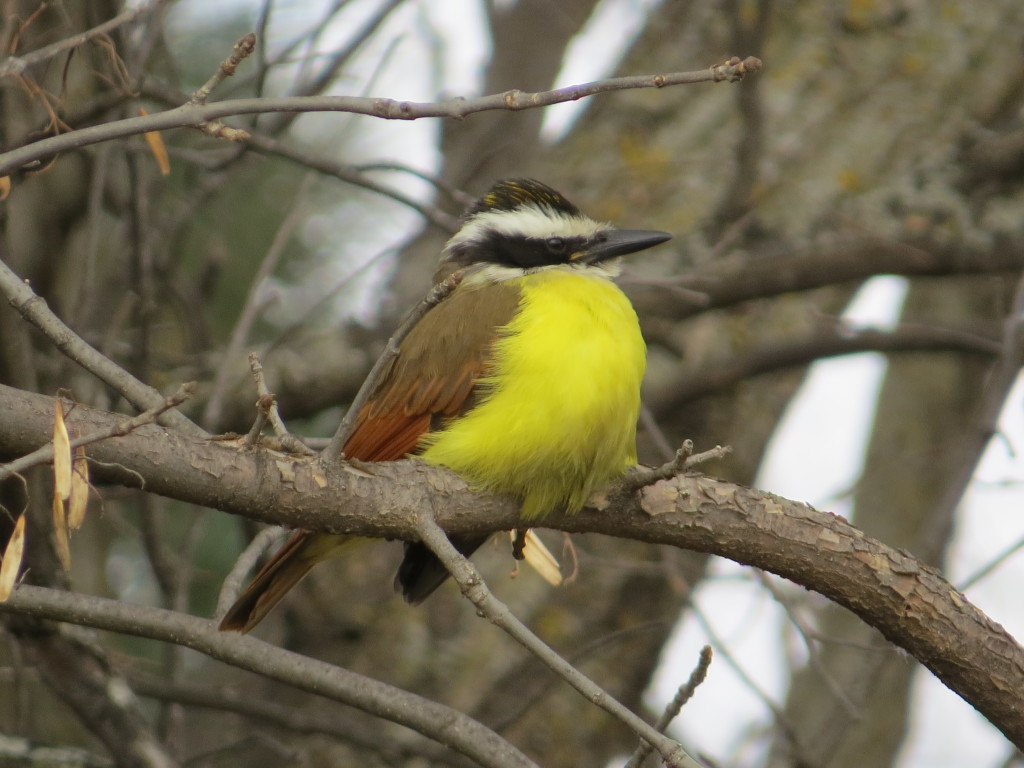 What a month it’s been with Arizona birds and Texas birds popping up in the north.  I know I owe you some more AZ coverage in the next post, but first we’re going to have to take a look at my last ever triple lifer day in Minnesota.  Buckle up, Larus fans.