Since the Varied Thrush has been continuing for a week now in the same backyard where it first showed up, I wanted to try for some better photos than my blizzard, Bigfoot-style shots.  So Evan and I stopped by the house today before I had to drop him off for school. We were not disappointed and did not have to wait long to see the Varied Thrush.  Evan got a lifer. I got the best shots I could get before we had to hustle off to school. 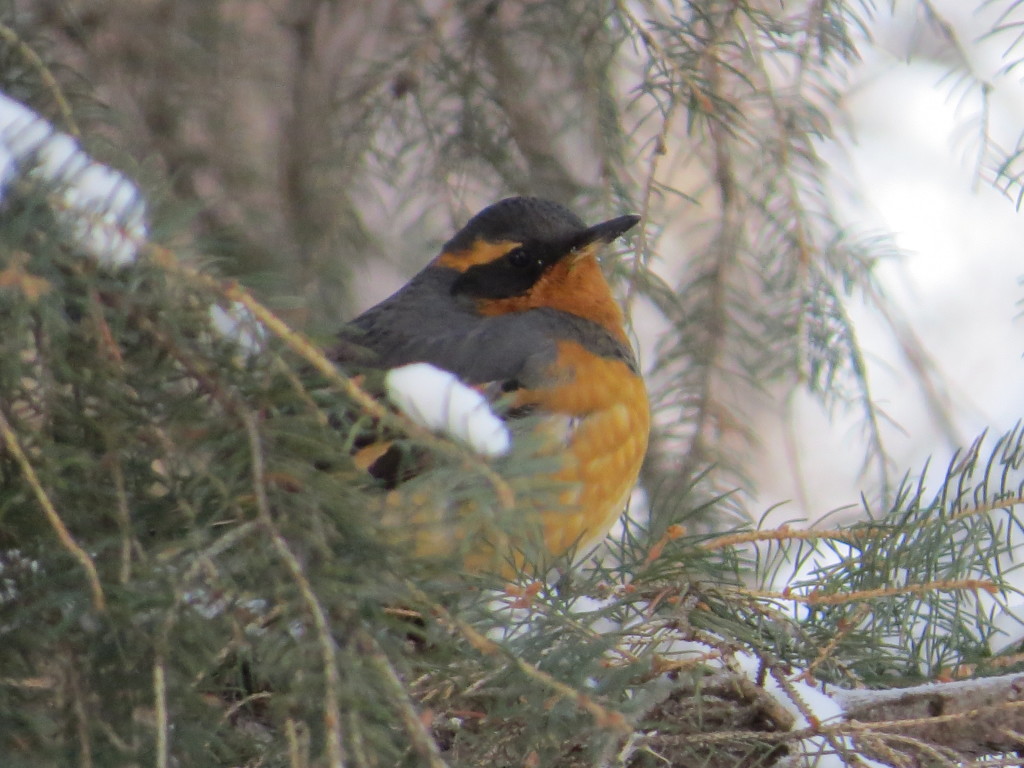 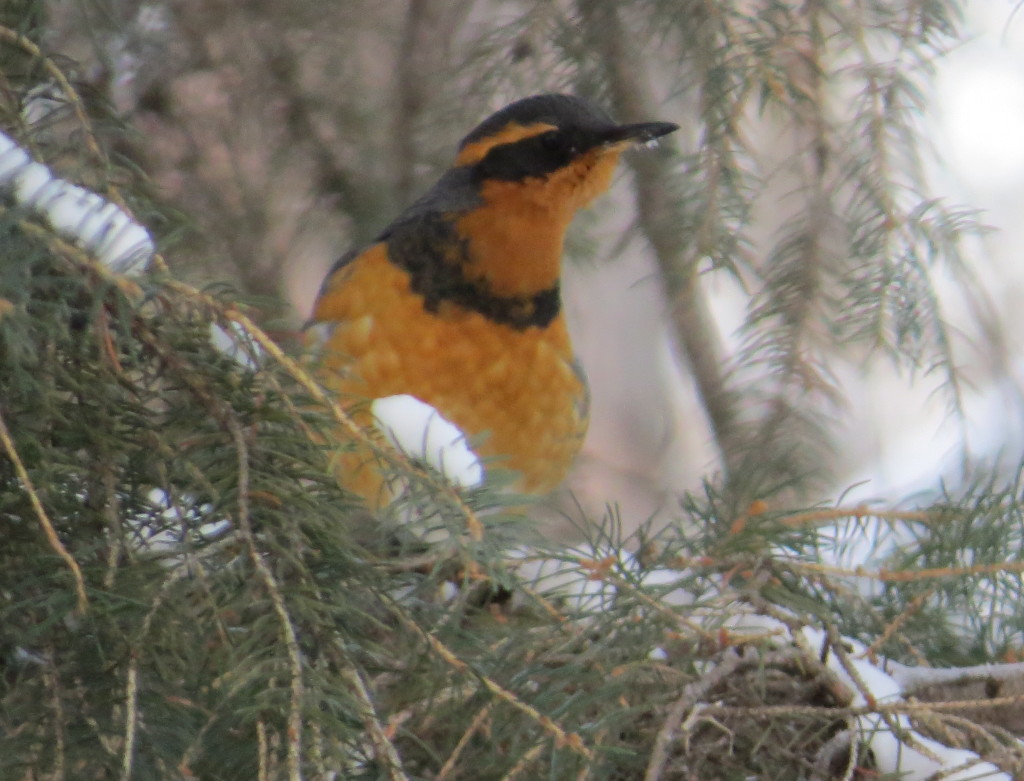 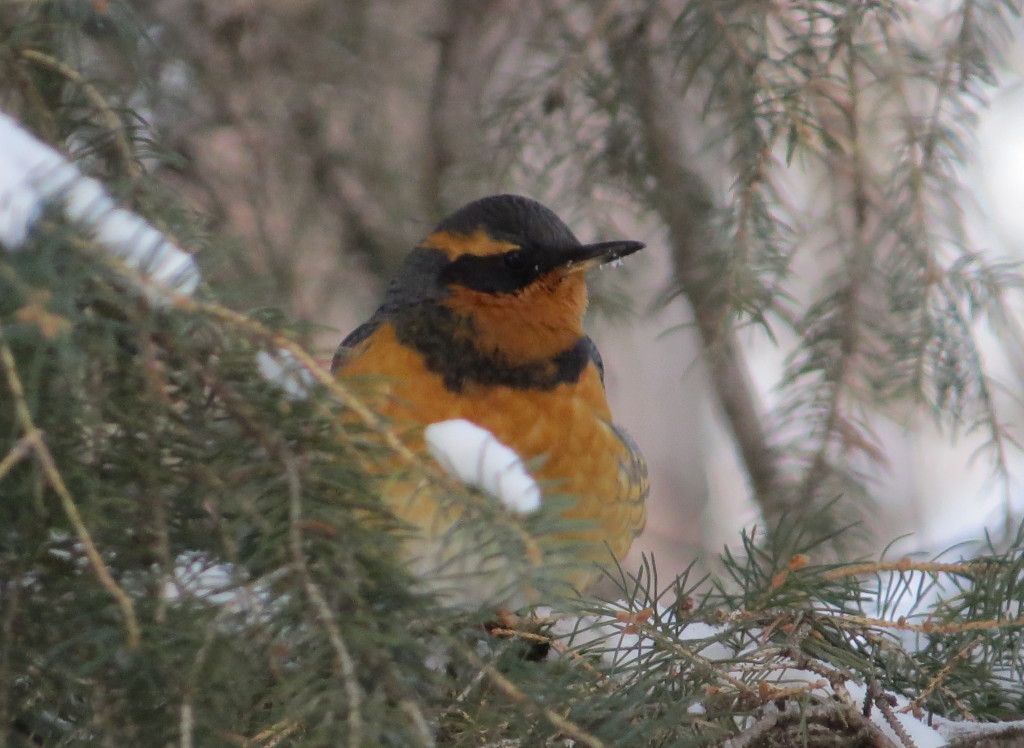 Now you’d think this would be the bird Evan was most excited about today.  Well, you’d be wrong.  Evan had a project for school that was due today – he had to decorate a cut-out turkey with the stipulation that no crayons, colored pencils, or markers could be used. Things could be glued, taped, or adhered in any way possible. We were wondering how to solve this dilemma when I had a burst of inspiration. Ever the opportunist, I pulled out the turkey tail I had in the freezer from a turkey I shot a couple years ago that had been driving my wife crazy as she would rummage in the freezer for this or that.  In a single shot, I made both my wife and son happy.  Melissa and Evan have likely created what will be the envy of the entire 2nd grade class. 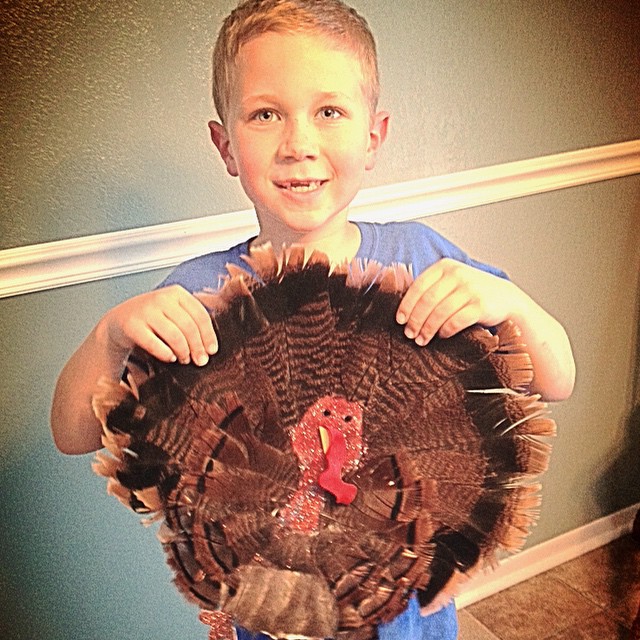 4 thoughts on “Varied Thrush Redux and a Turkey Remix”