Last weekend I did some lifering on my own.  Normally I don’t write about such outings, but one of my finds was just too good to not share with the bird nerds at large.  And this bird wasn’t even a lifer.  My target for the day was the Winter Wren, a little brown bird that is quite unremarkable except for the fact that it has evaded my life list. Checking eBird, I had seen reports at our latitude of this stub-tailed gnome of the northern coniferous forests.  So I decided it was time to head to Robbins Island Park in Willmar and follow Ron Erpelding’s advice of walking around the edge of the small slough in the woods there to find this skulker.

It was a horribly windy day, but the slough was tucked in a depression in the woods making it a calm, sunny place.  The birds loved it.  I immediately saw all kinds of activity.  Most of the birds were White-throated Sparrows, but I also saw Ruby-crowned Kinglets and Yellow-rumped Warblers.  And there was this curious Eastern Phoebe. 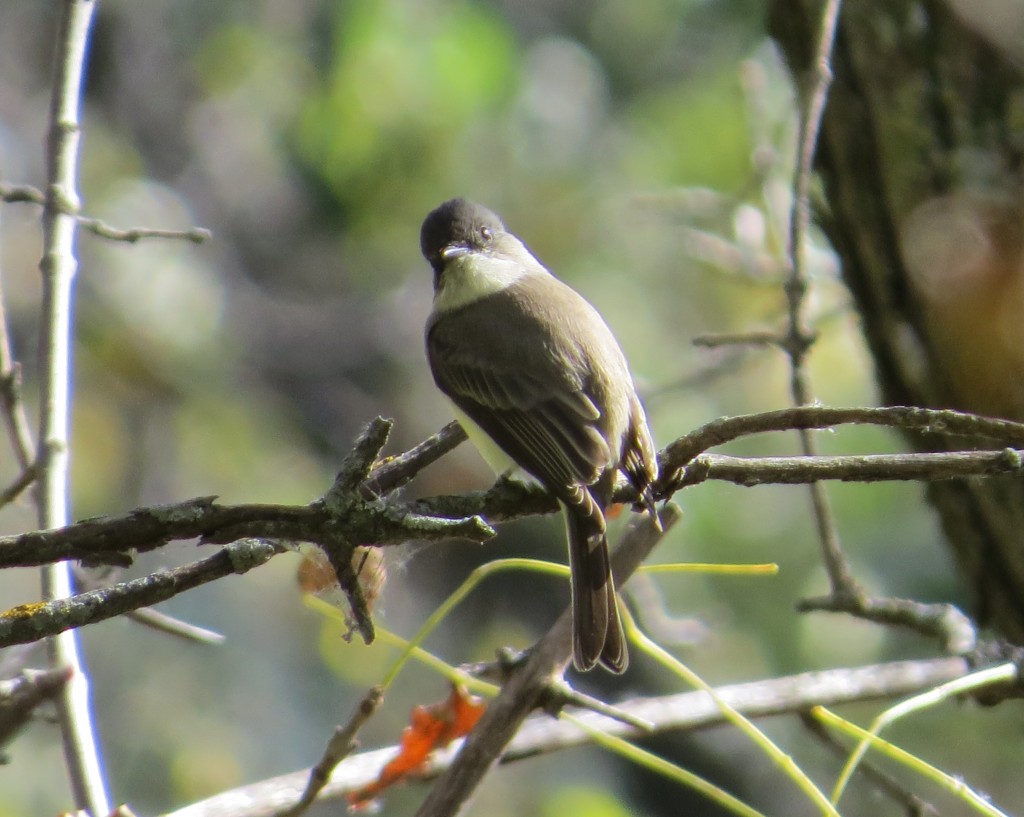 I followed Ron’s advice and made one complete lap around the slough, walking through tangled brush and grass at the edge of the cattails.  My hopes were lifted at the end of my first loop when a wren flushed up.  I could see it was a House Wren because of its lighter coloration and longer tail.  Then almost immediately another wren popped up.  This one was dark and small…but a much bigger, more active bird stole my attention away from what I am claiming as my Winter Wren lifer.  There, ahead of me, in a brush pile was an obvious Eastern Towhee thrashing about in the branches!  I could not believe my eyes. 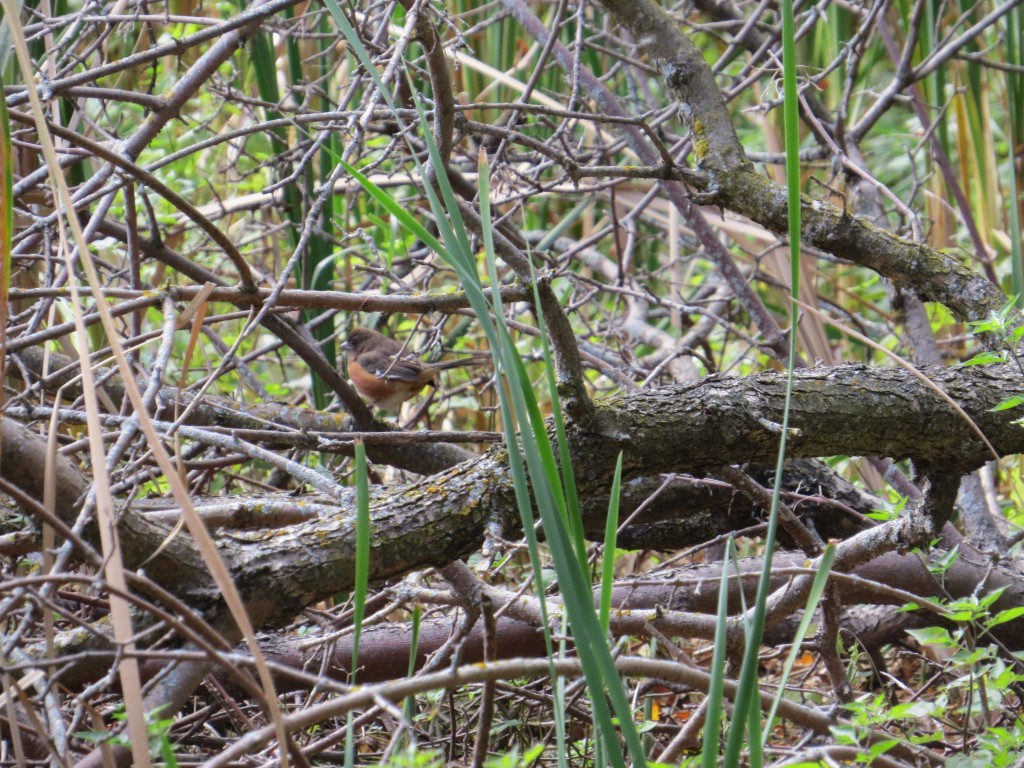 The brownish coloration on the head and back indicated it was a female.  The male is jet-black instead of brown.  Male or female, it didn’t matter.  This was a good-looking bird and a very rare bird for our county.  How rare? I looked back through the database of bird sightings at the Minnesota Ornithologists’ Union’s website and determined this was only the sixth unique Eastern Towhee to ever be documented in Kandiyohi County. Personally, this was only the second Eastern Towhee I’ve ever seen.  They just aren’t common in Minnesota as a whole.  This was also my second towhee species for Kandiyohi County – in a weird-twist of birding fate last spring, I found the even more rare vagrant Spotted Towhee before I ever saw an Eastern Towhee.  Both of these finds were the first of their respective species to be documented in eBird for Kandiyohi.  It’s always fun to make a solid contribution to the birding history of the region. 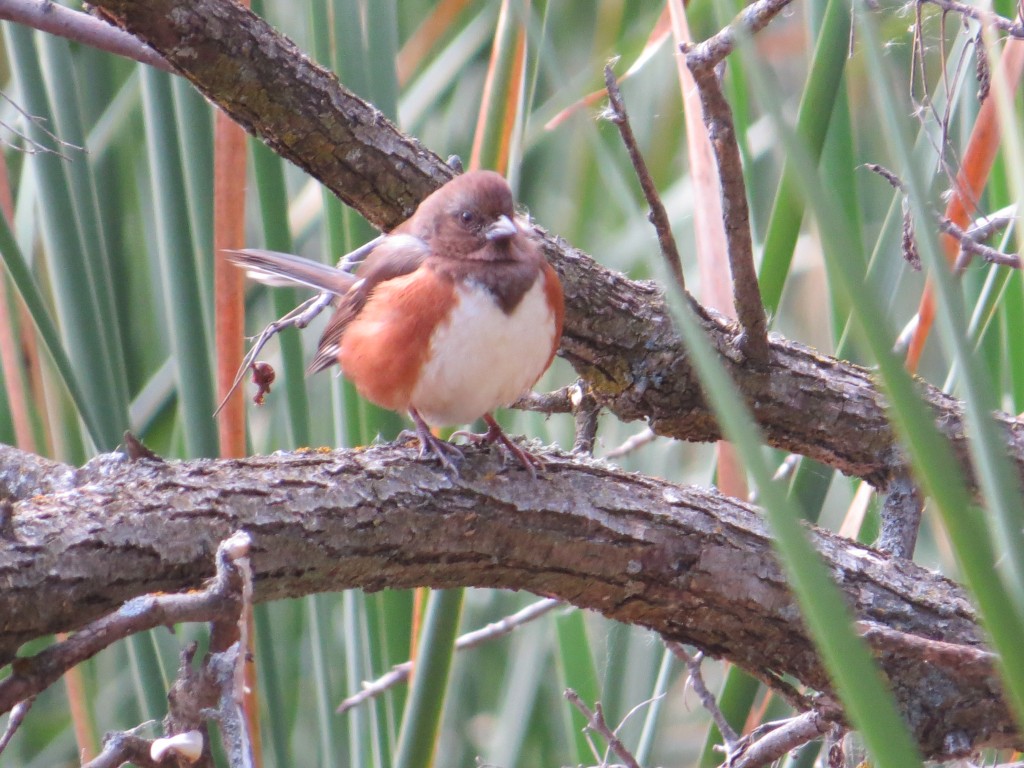 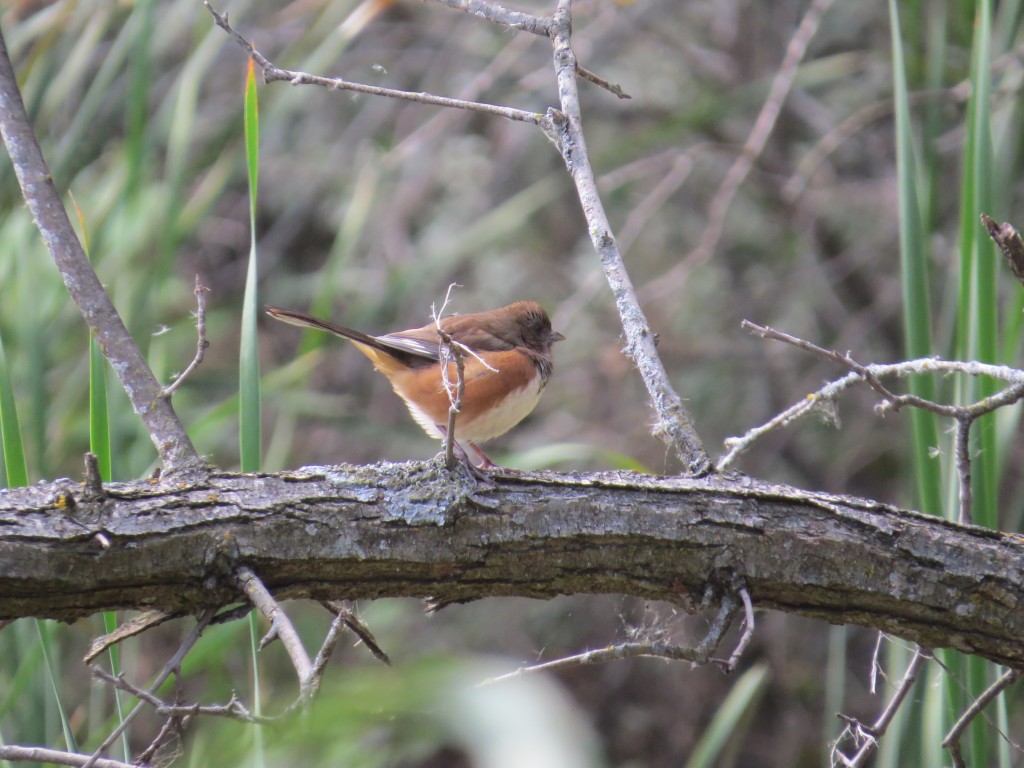 Below is a map from Robert Janssen’s Birds in Minnesota that shows the range of the Eastern Towhee, or Rufous-sided Towhee as it was formerly called. 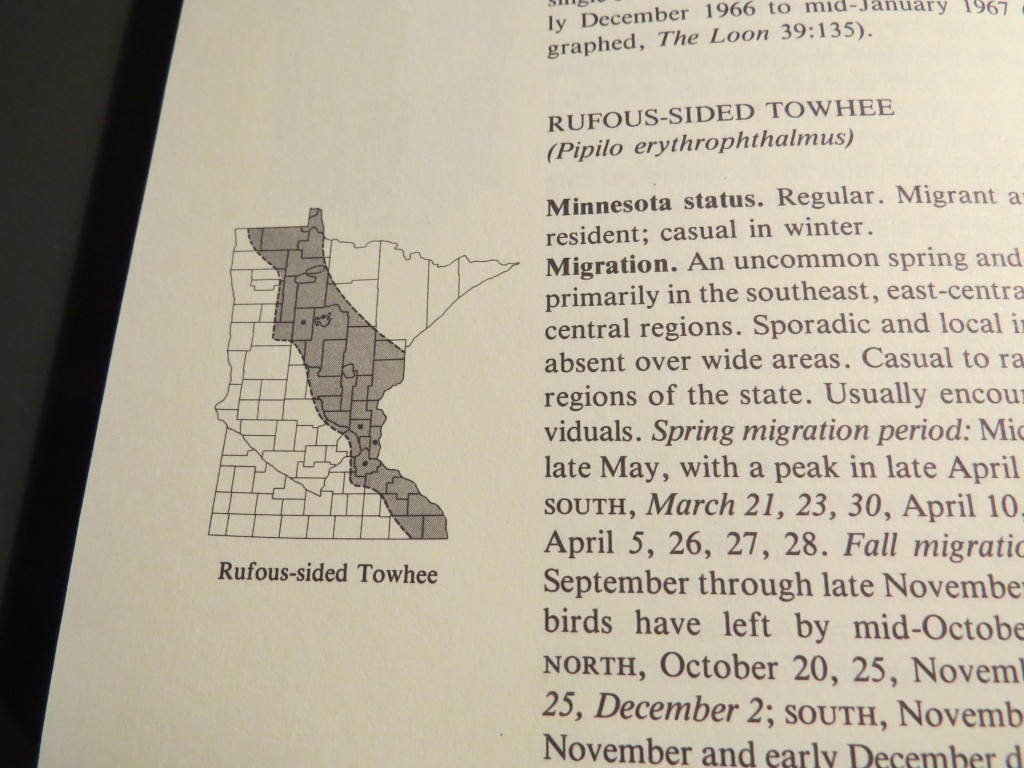 The Eastern Towhee dwells in deciduous forests, and this range map coincides very nicely with the hardwoods or deciduous forest biome of Minnesota, shown in the blue section of the map below.  The Arrowhead region is the pinelands or coniferous forest biome, and the large green section is the prairie biome.  Kandiyohi County is primarily in the prairie biome, but the northern part of the county clips that blue hardwoods section.  So it is possible to find the Eastern Towhee in parts of the county, but it is extremely uncommon. 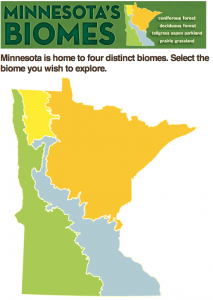 The biomes of Minnesota. Credit – Minnesota Department of Natural Resources

The bottom line is that the Eastern Towhee is a very good bird here.  And it made for a very fun birding outing. 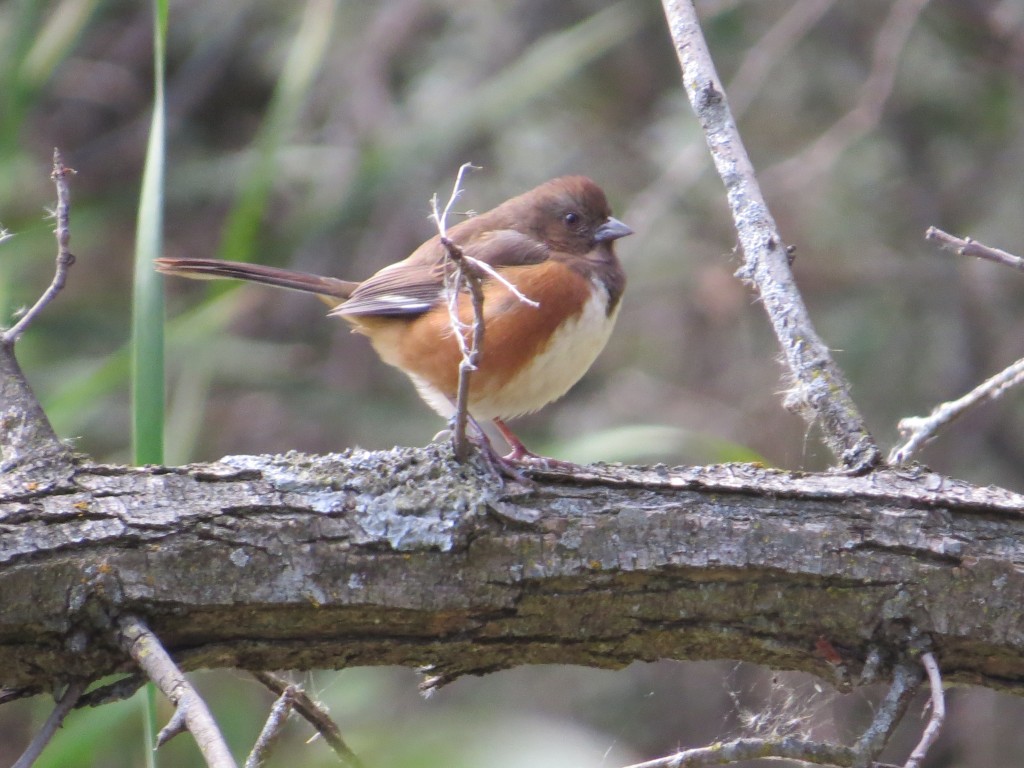 Other than the towhee, I’m pretty sure I saw a couple more Winter Wrens skulking into grasses.  I definitely did not get solid looks or pictures but they had the right GISS (General Impression of Size and Shape).  It was not a solid lifer by any means, but one I feel confident in counting. Regardless, it was not the best bird of the day.

I called Steve right away when I found the Eastern Towhee because I knew he would need this bird for the county.  We never could refind it for him, but he was able to see it the next day in the exact same spot.  A rare bird is fun in itself, but it’s always nice when a good find can be shared with someone else.

4 thoughts on “My Kandiyohi Twohee”