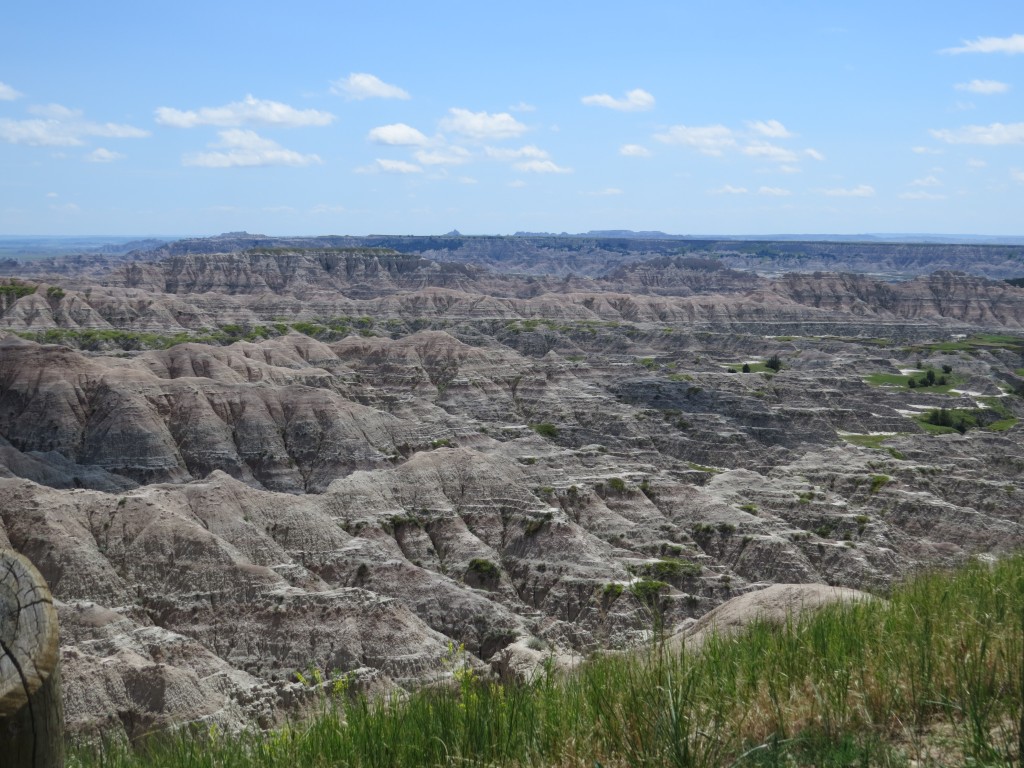 Finally. After an eight-year hiatus, the great American road-trip was reborn in our family.  There’s something liberating about heading out on the open road putting hundreds of miles under our seats, crossing numerous state lines and seeing new sights.  Our kids are to the age where they are now able to tolerate such intense travel and enjoy it too.  This summer we were headed to the mountains of Colorado to visit my aunt and uncle in their beautiful mountain home.

Though not the quickest route, we opted to head to Colorado via Rapid City so we could see Mt. Rushmore.  It would be a first for Melissa and the kids, so it was a must-stop. The scenery and the birding was most unimpressive until we crossed the Missouri River at Chamberlain.  But then, as soon as we made it to South Dakota’s better half, a western bird ambassador was there to welcome us.  A gorgeous, no-doubt-about-it Swainson’s Hawk soared over the freeway while I was cruising along at 75 MPH.  I involuntarily hollered, “Swainson’s Hawk!” Of course, soaring birds and speeding cars do not lend themselves to photo ops or good viewing.  Evan panickingly asked, “Where?!”  But it was too late and he didn’t see it.  Then the porch-lip came out in the back seat, and I was reminded by my wife to not draw attention to wildlife sightings on the road because the kids inevitably miss them.  We’ve been down this road before. Though I could now firmly claim this lifer, I tried to console Evan by assuring him that there would be more Swainson’s Hawks on this trip.  Boy, was I right, but that’s for another post.

Though not part of the original travel plans, we opted last-minute to dip south of I-90 to drive through Badlands National Park.  Growing up in Montana and then moving to Minnesota, I don’t know how many times I’ve traveled the I-90 stretch, but I have no memory of ever driving through the Badlands and seeing them up close.  I only remember distant views from the interstate.  I am so glad we decided to take this detour.  The Badlands are truly impressive with their beauty and other-wordly look.  And we were there on a beautiful day with cool temps. 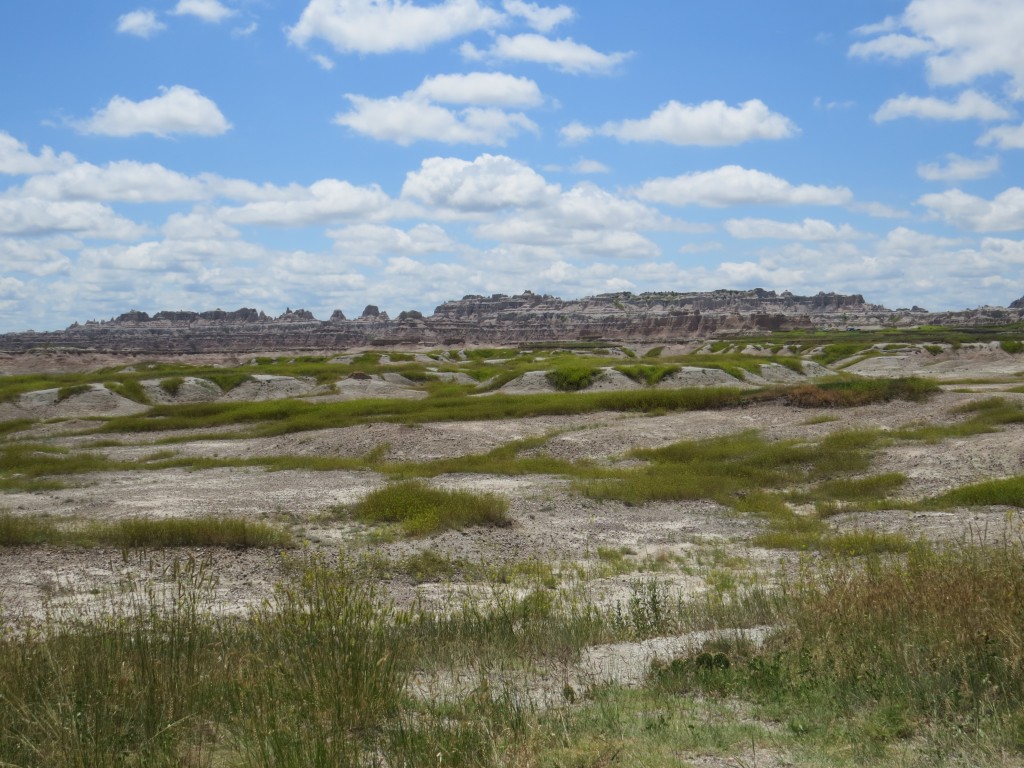 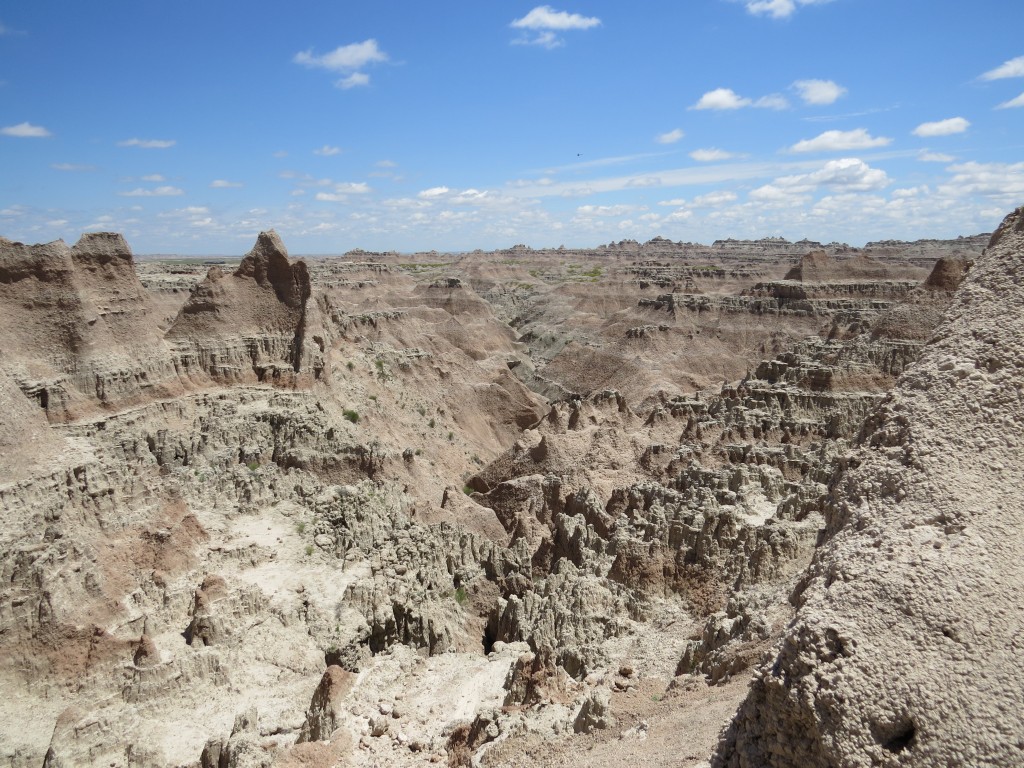 The expanse of the Badlands goes for miles, and I could have photographed them all day, but I was distracted by the birds.  When we stopped at one of the first scenic overlooks I caught sight of a blue bird.  It turned out to be our Mountain Bluebird lifer. 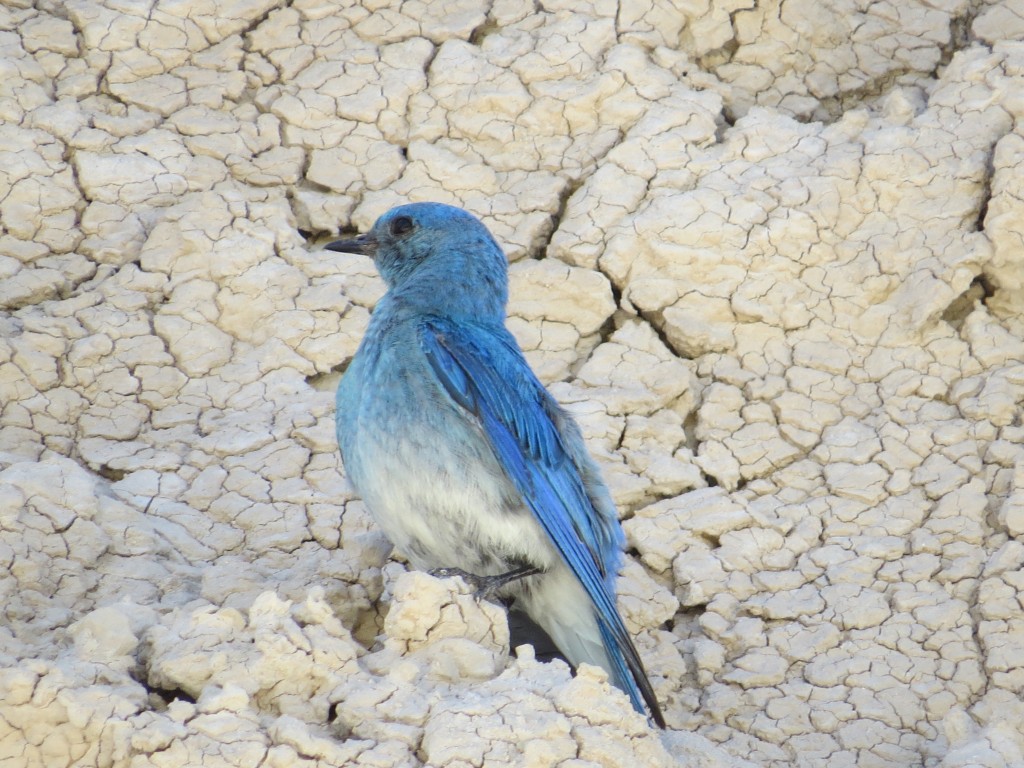 This was a hoped-for lifer and not one that I expected to get so soon in the trip.  It turns out that there would be even more life birds at this little stop. Buzzing around the cliffs and rocky outcroppings were several Violet-green Swallows.  My photo in the harsh afternoon sun doesn’t fairly show its namesake, but I can assure you that this is probably the finest-looking swallow there is. 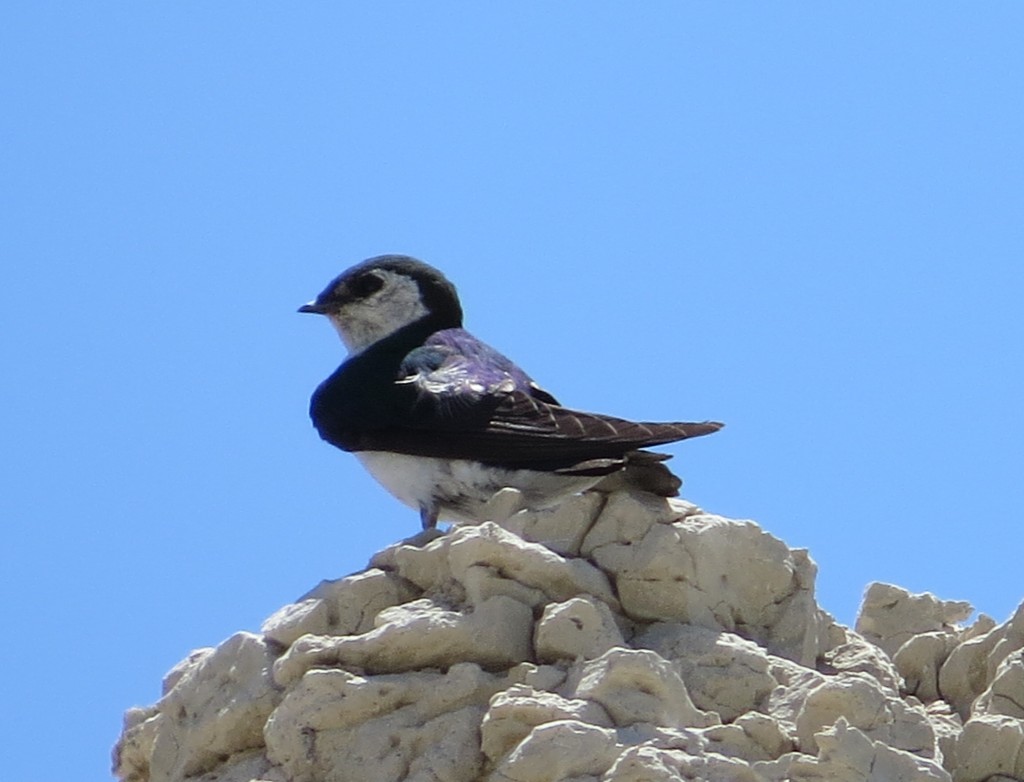 I expected this bird and was able to identify it easily because of my eBird scouting. That scouting also helped me identify another fast-flier, the White-throated Swift! Photographing swallows and swifts is a daunting task under normal conditions, even more so when you are trying to keep children frum plummeting to their deaths. Needless to say, I didn’t get any photos of the swifts. 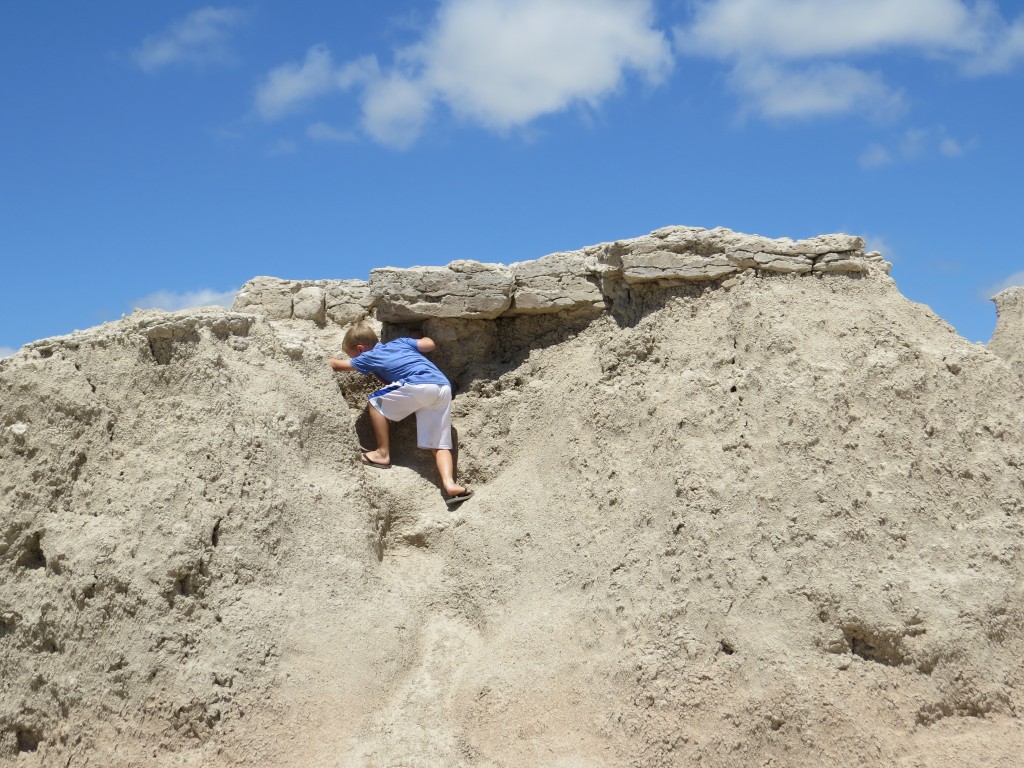 I could not believe how accessible death was at this place.  Sure there are fun hills to climb like pictured above, but the other side is a doozy. This canyon was well over 100 feet down. 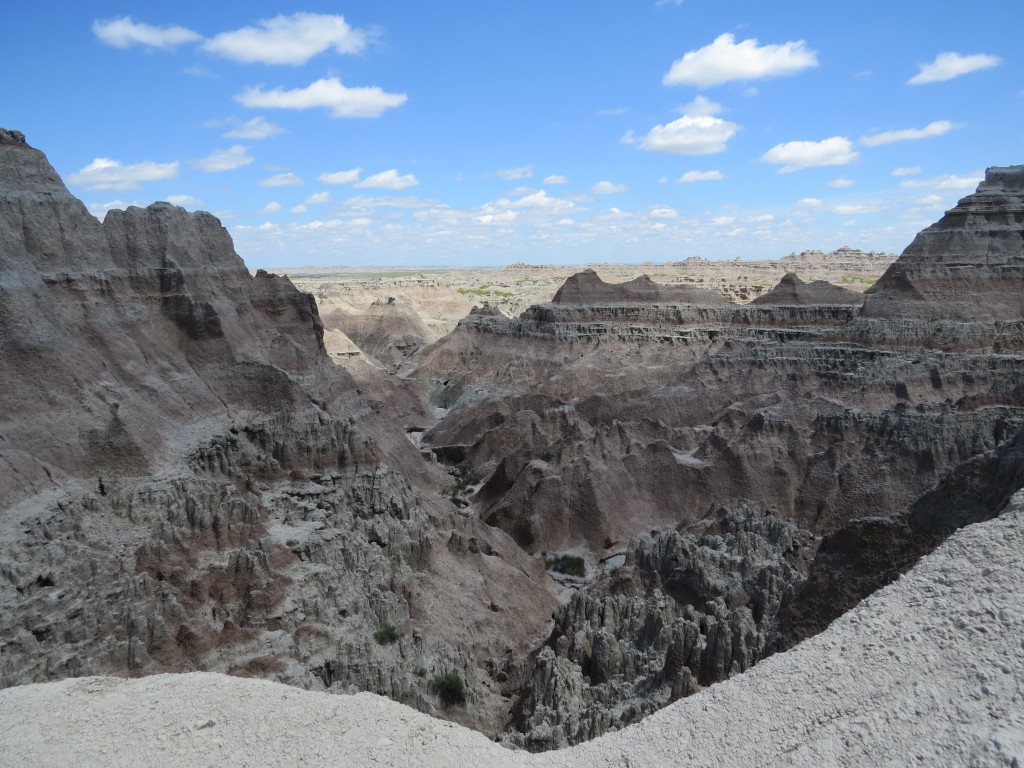 It was fun to look at the bottom of this barren piece of earth and see a family of Say’s Phoebes, another good western bird. 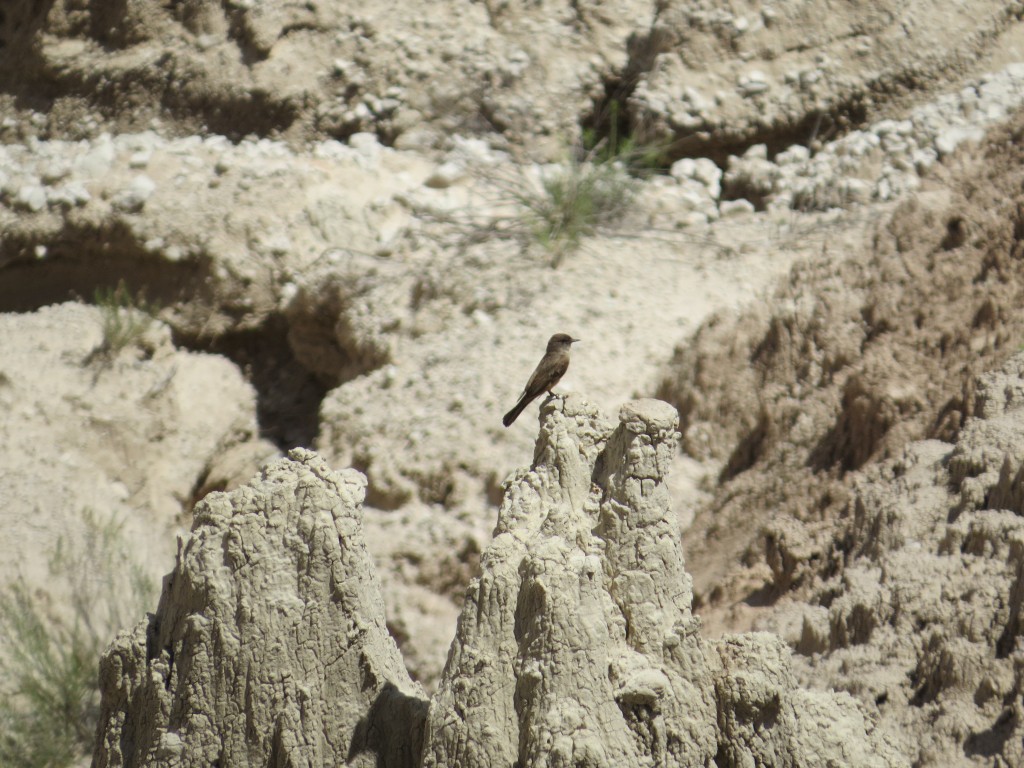 What a good little stop this was – three quick lifers and a fun place to stretch the legs after a long drive.  But we had more Badlands to see and hopefully more birds too, so we continued on our drive through the park.  We spied Western Kingbirds wherever there were trees on which they could perch.  Such a fun bird. 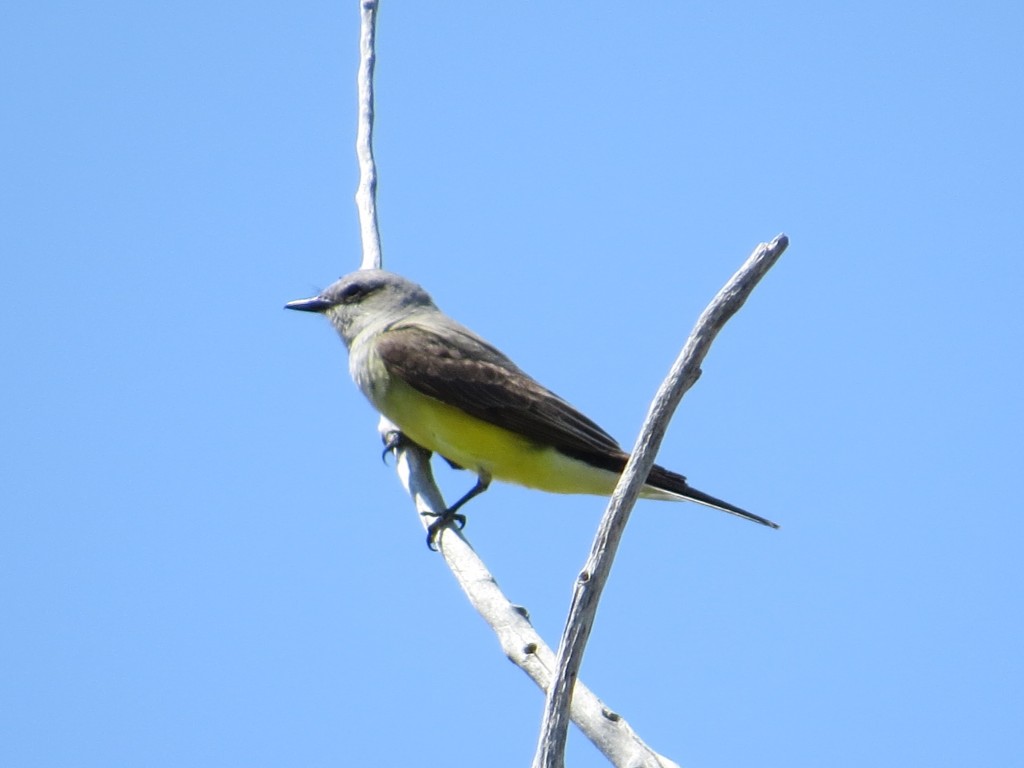 As we made our way out of the park on Sage Creek Road, I was watching the fences for more WEKIs as well as Lark Buntings.  This potential lifer was reported as “ubiquitous” on this road in one eBird report.  I was very hopeful. We did stop to be entertained by the myriad of Prairie Dogs as they popped up and disappeared like a real-life whack-a-mole game for as far as the eye could see.  The whole family enjoyed the antics of these cute, pudgy rodents. 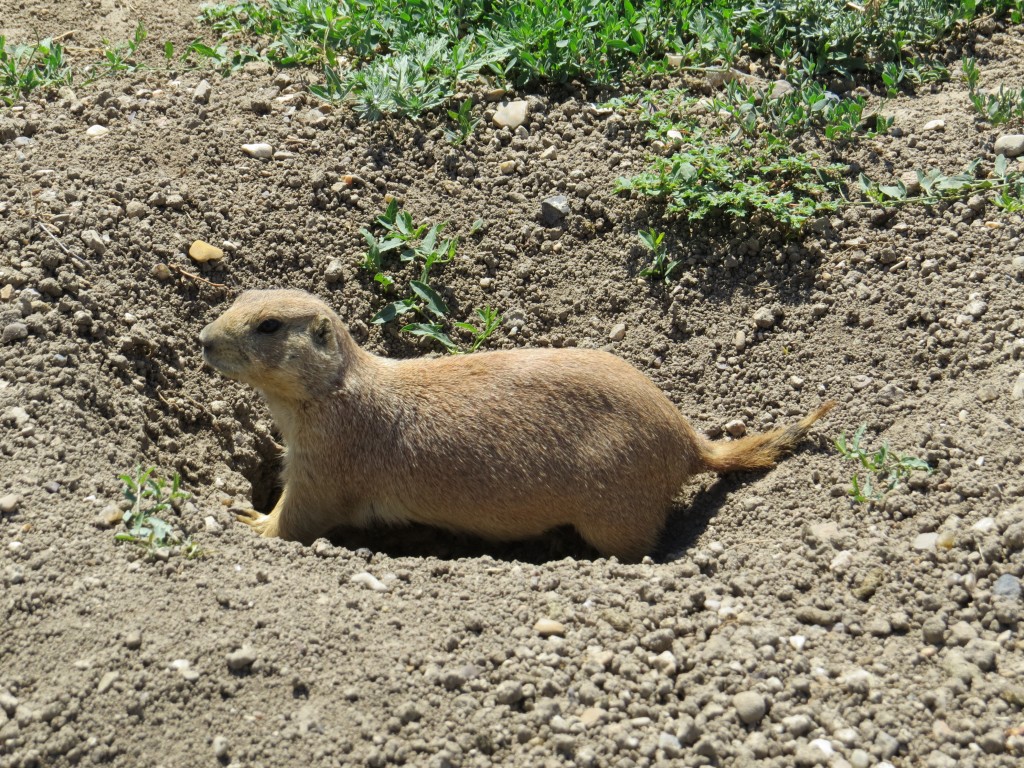 But doggone it, I completely forgot to check out the Prairie Dog Town for Burrowing Owls.  I had seen reports of them being with the Prairie Dogs.  One of those dogs poking its head up could just as easily been one of the Burrowers.  We’ve seen them before in Arizona, but one should never pass up an opportunity to look for a Burrowing Owl.

We continued our drive, and I was getting frustrated that we were not seeing the “ubiquitous” Lark Buntings.  Finally as we pulled out of the park, Evan pointed to a group of birds on the fence and asked what they were.  Mixed in with dozens of Mourning Doves were two Lark Buntings!  But they were a long way off and not letting themselves be photographed well.

It didn’t matter because as we kept driving on Sage Creek Road on the outside of the park, the Lark Buntings truly were ubiquitous.  I guess I should have read that report a little more carefully.  In case you are a birder and are looking for the Lark Bunting, the birds were on the wires on the north-south stretch. 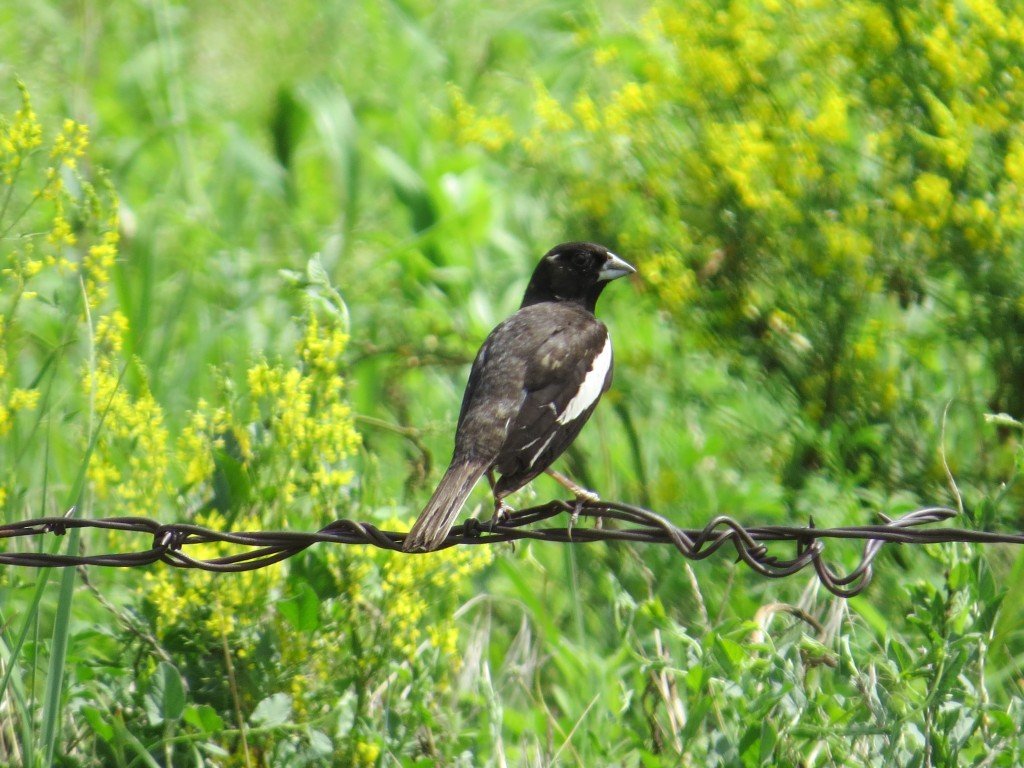 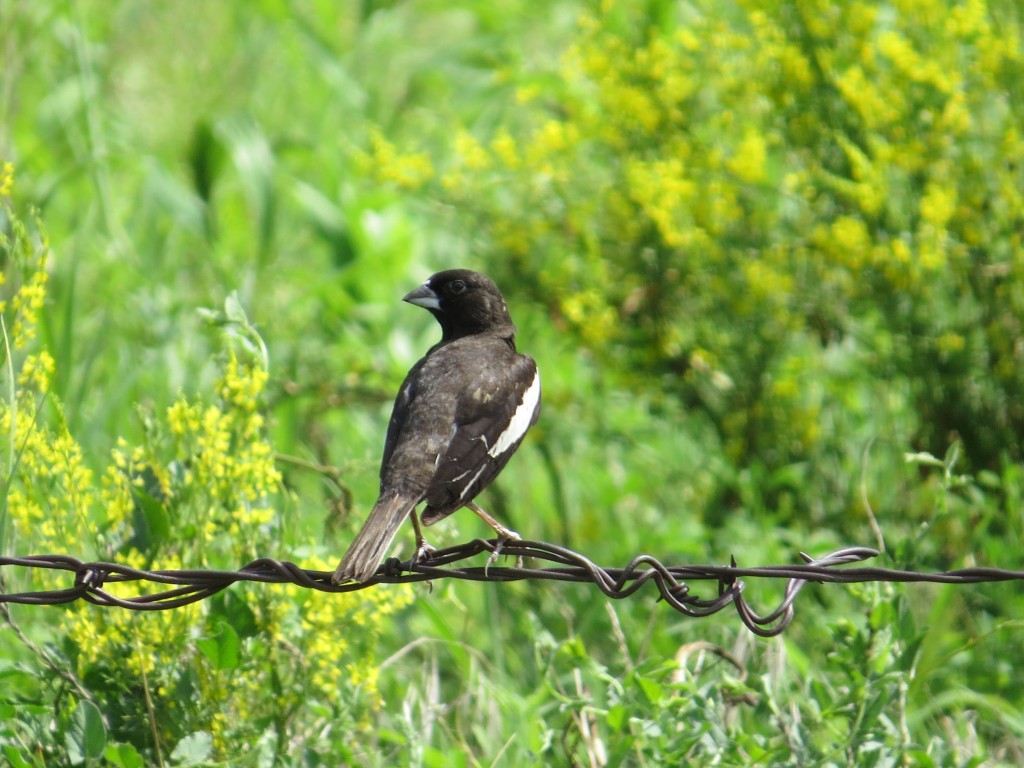 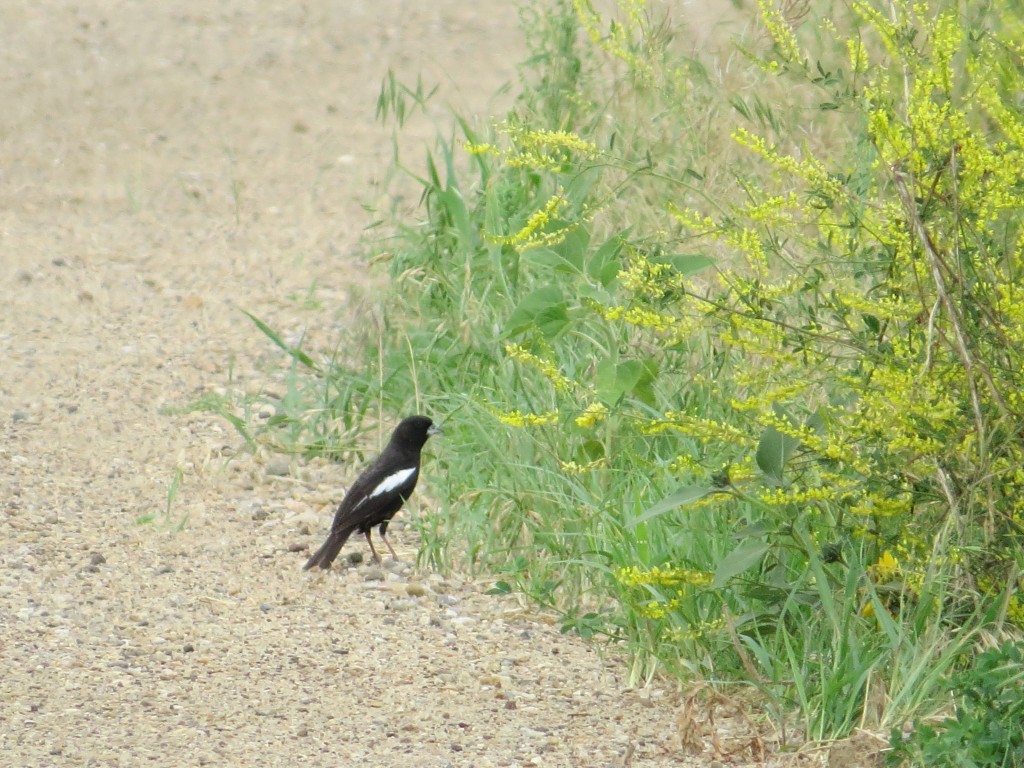 After securing a tidy haul of life birds and enjoying the scenery, it was time to make our way to the Black Hills of South Dakota to meet up with the presidents at Keystone.  The most notable bird seen along the way was a Red-headed Woodpecker – always a treat to find.

The stop to see Mt. Rushmore was brief.  It was basically a tick on the bucket list for many in our party and nothing more.  To us it just did not compare to the natural beauty of the area and its wildlife. 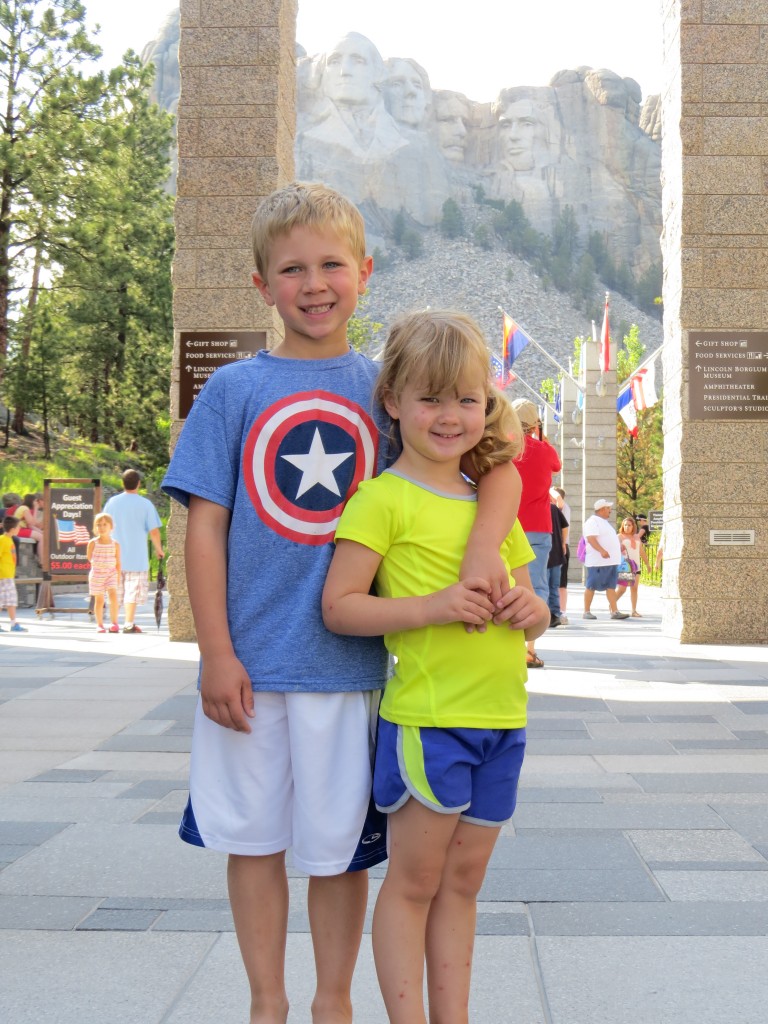 With their pine covered mini-mountains, the Black Hills are absolutely gorgeous.  Our destination for the night was Hot Springs, a great small-town without the tourist trappings of Keystone.  But on the way to Hot Springs we passed through Wind Caves National Park.  Nothing new in terms of birds, but this guy right by the road was startling, a little scary, and very cool! 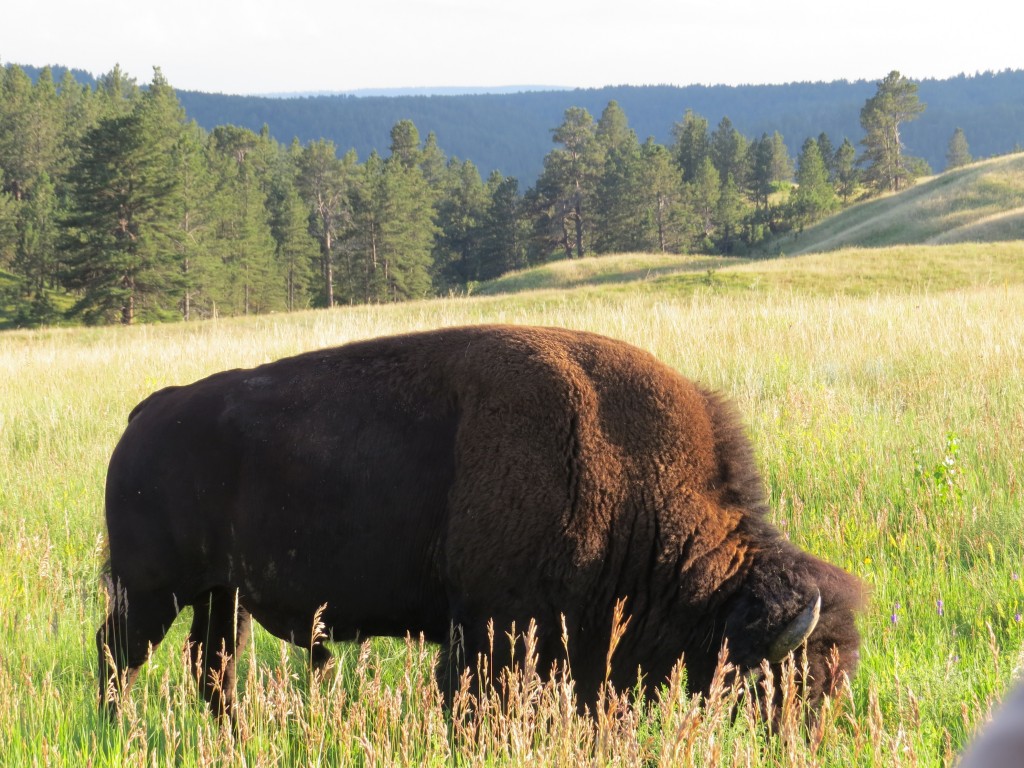 We eventually made it to Hot Springs where we settled in for the night.  But being in new lands with new birds does not lend itself to getting rest.  I was up and at ’em at first light to check out a local city park, Lower Chautauqua Park, located near a water park called – get this – Evans Plunge.  I was going to this park because it was very near our hotel and there had been eBird reports of Black-headed Grosbeaks among other notable western birds.

The first bird I heard and saw was the Spotted Towhee.  It was quite a thrill to catch up with this old friend after finding my lifer as a Kandiyohi County first official record back home in April.  In the early morning light I was only able to moderately improve my photograph of this species. 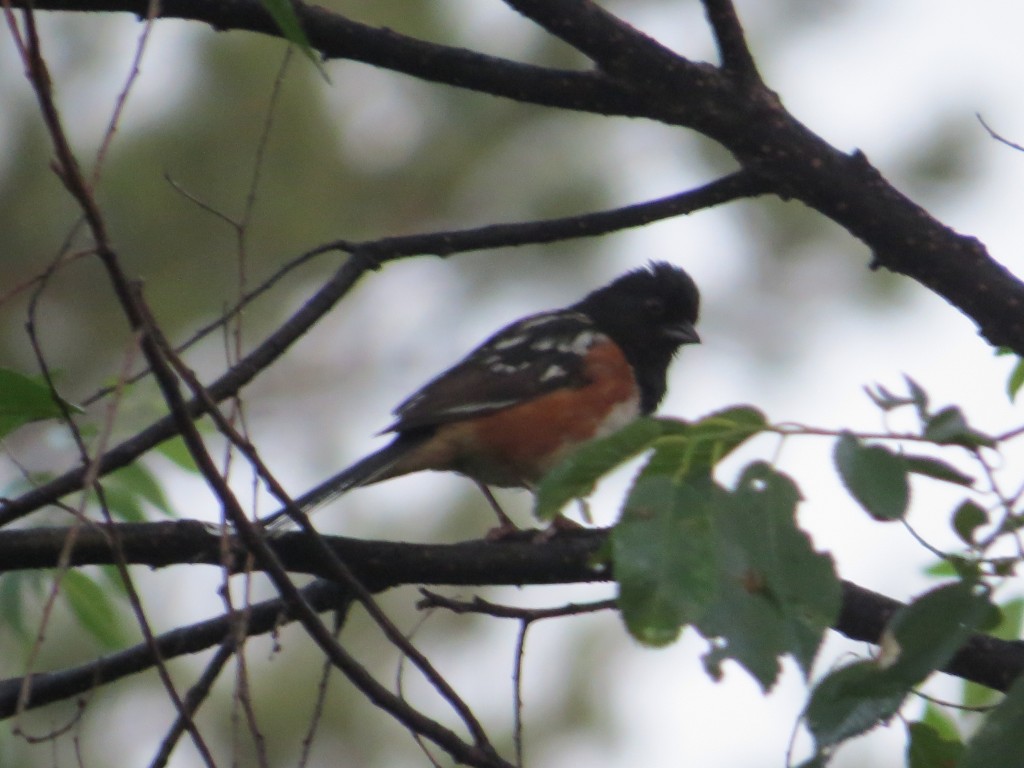 Eventually I had the good fortune of bumping into the reported Black-headed Grosbeaks. Despite my best efforts of following them through the trees, I only managed to get one decent photo.  Regardless, I was pretty excited to get this lifer.  It was such a cool-looking bird.  I don’t think I’ve met a grosbeak I didn’t like. 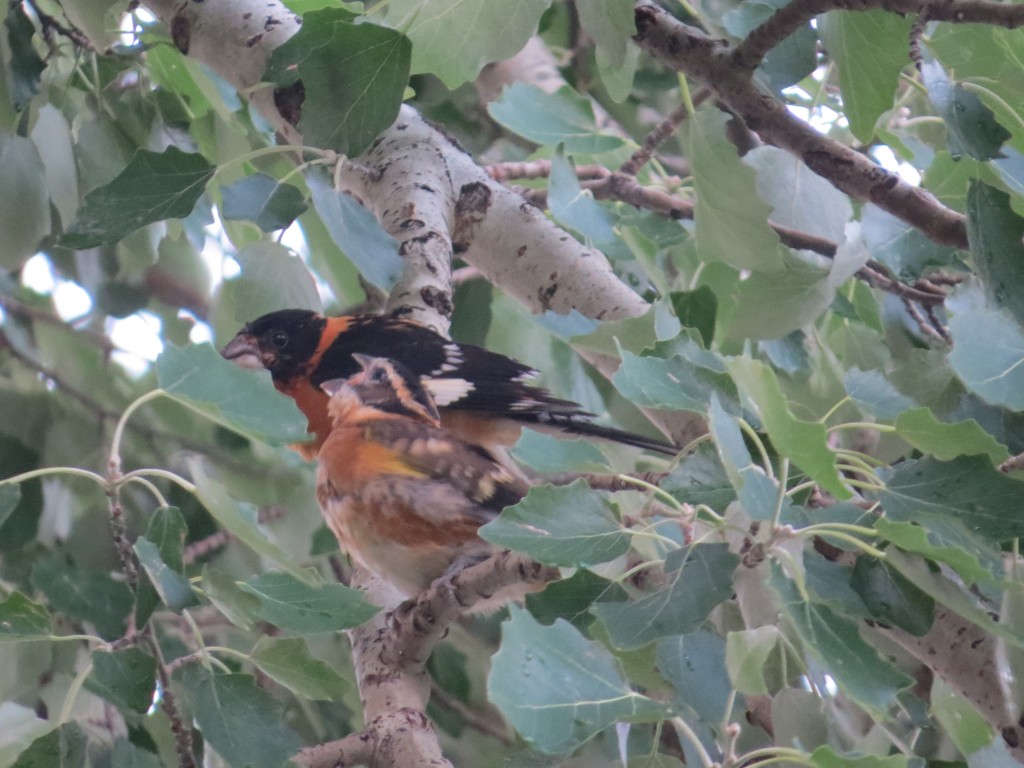 I wish I could have hung out longer to get more photos of these birds in better light, but I had to head back to the hotel so we could get ready to venture through Wyoming on our way to Colorado. South Dakota was good to us with several lifers and spectacular beauty, but it was time to get to Colorado to see what avian treasures awaited us.