There was much rejoicing in the neighborhood this weekend – I finally made it up on to the roof to take down the Christmas lights.  Though I would have rather been birding on this gorgeous day, June was fast approaching and I was getting dangerously close to leaving them up and boasting about how prepared I was for next Christmas.  It turns out, though, that birding from the roof was pretty good.  Two male American Goldfinches in the midst of a dogfight nearly crashed into my face, and later I had a stunning bird pull a “Maverick” as it buzzed the tower at eye-level.  The burnt orange and glossy black were unmistakable – no binoculars were needed to see this was an adult male Orchard Oriole!  I’ve only seen a flash of one before, and we had an immature male at the feeder once last year.  The kids were playing outside, so I hollered for Evan to get my camera out of the car while I kept an eye on the bird.  It probably would have been faster for me to go myself, but after some communication misfires, two trips to the vehicle, losing the bird, and refinding the bird, I finally got a picture of this scarce oriole.  The shot was from a long way off, and the bird was gone before I could get more. 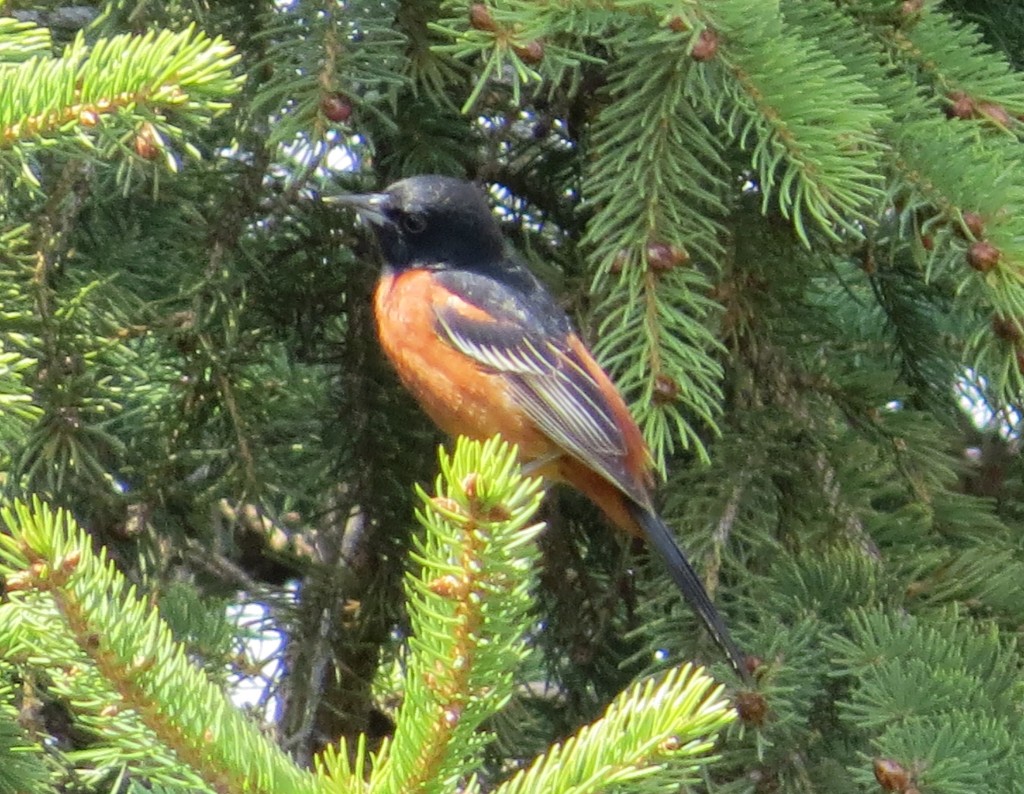 The Orchard Oriole wasn’t the only yard-bird excitement this weekend.  As Evan and I were getting ready to go on a Cub Scout camping outing, I was trying to grab a photo of a new yard bird, the Nashville Warbler.  This isn’t an exciting warbler, but any bird takes on a new level of importance when it visits your yard for the first time, especially a warbler.  Since we aren’t near water and don’t have many mature trees here, we rarely get warblers in the yard. 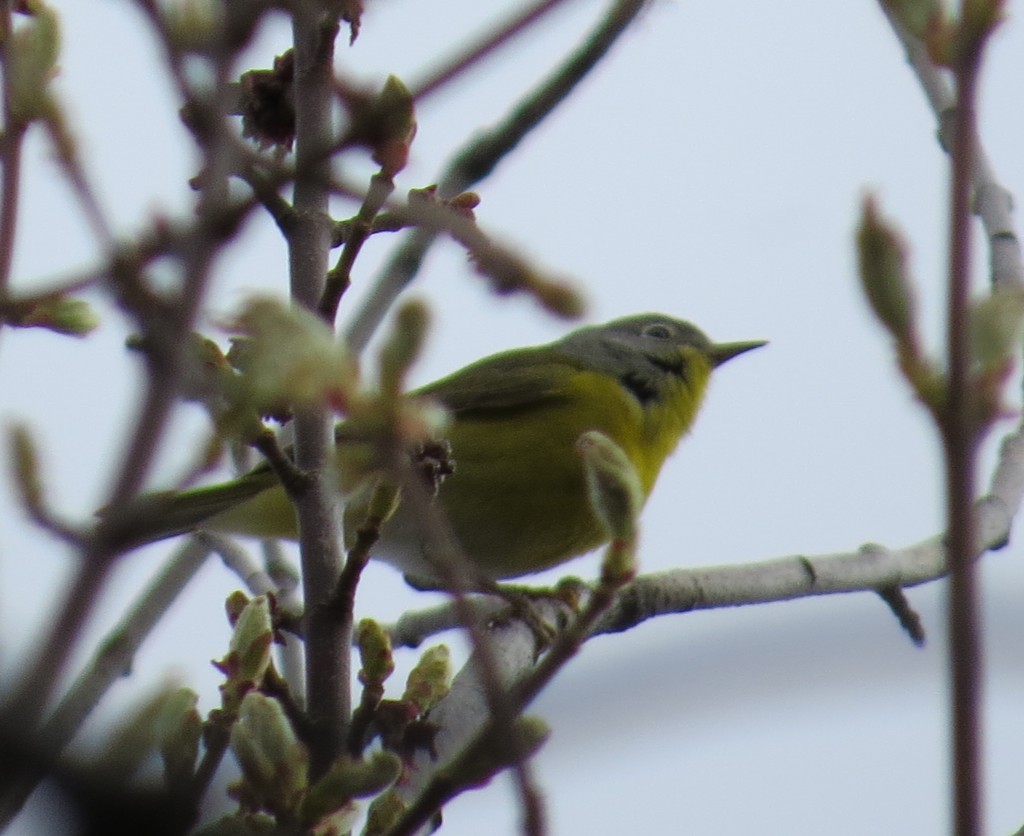 As I was maneuvering to photograph this warbler and holding up the camping weekend, another new yard-bird warbler popped in front of my face, the Black-and-White Warbler! 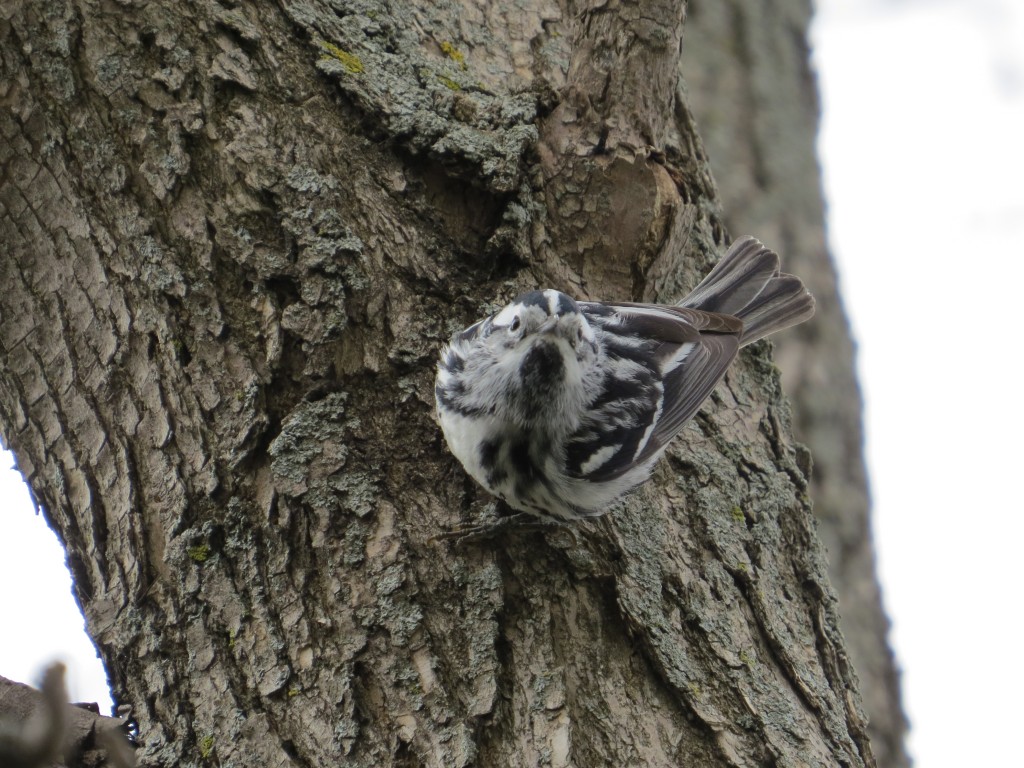 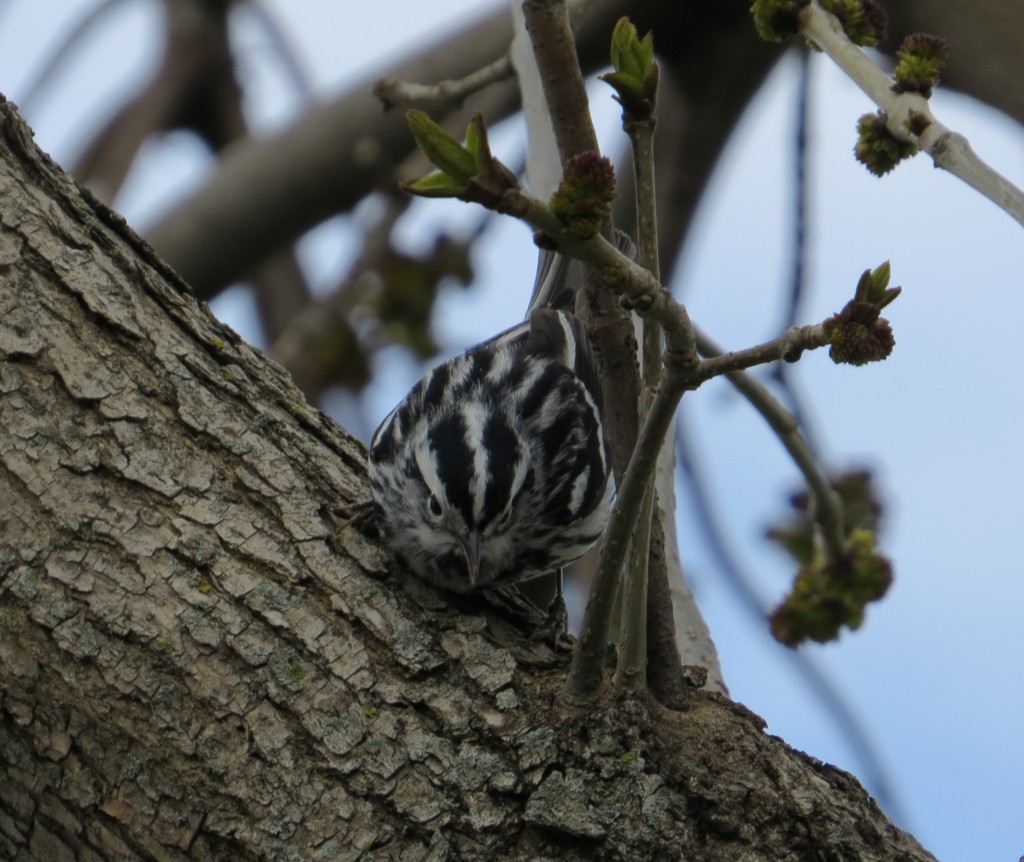 And then I noticed a third warbler, the Yellow-rumped!  Though none of these warblers were terribly exciting, it was a thrill to have them invade our very own trees.  I wondered what else was with this mini warbler wave, but we had to get to scout camp.

Scout camp was a lot of fun made even more so because Evan and I opted to spend the night back at home instead of huddling in a tent for an overnight low of 37°. We participated in the activities Friday evening, went home, and then drove back for the activities Saturday morning.  I should point out that we also never missed a meal with the scouts.  Priorities.

The location of camp was on 600 acres of beatifully wooded private land complete with two private lakes.  There were birds galore.  One of the predominant species was the Wood Duck.  I visited with one of the other scout dads who helps maintain the Wood Duck boxes on the property, and he told me there were about 100 boxes and that 85% of them were occupied this spring!

I didn’t photograph any of the Woodies, though, and instead picked out a couple species that have evaded my photography efforts, like the ground-skulking Palm Warbler. 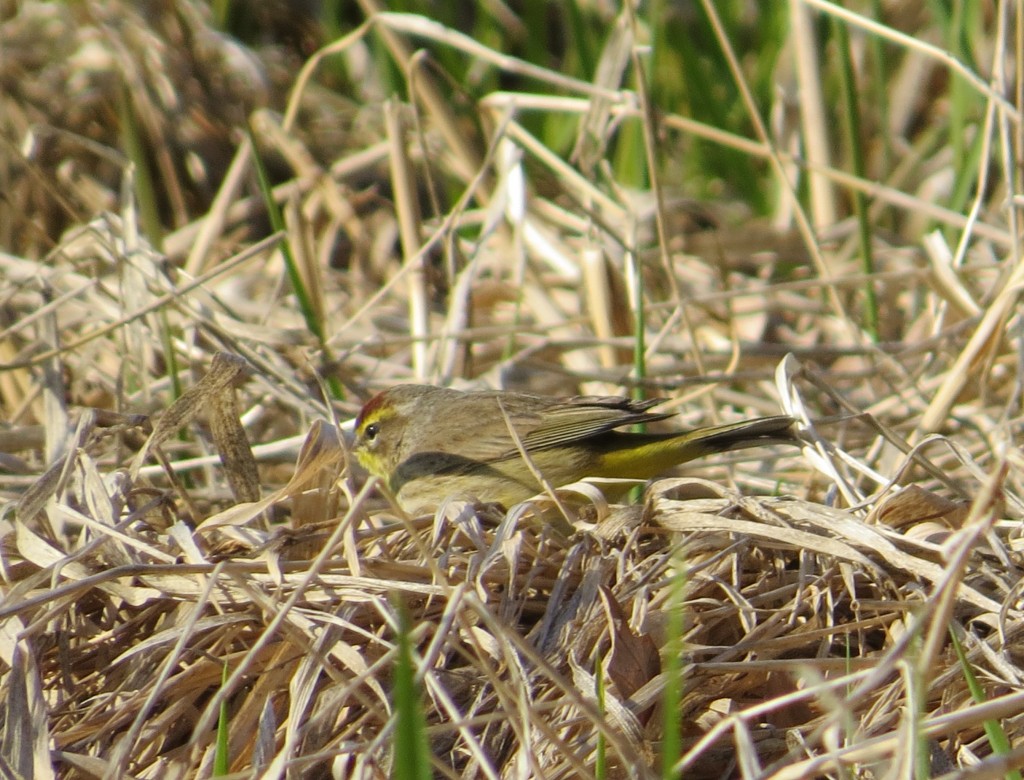 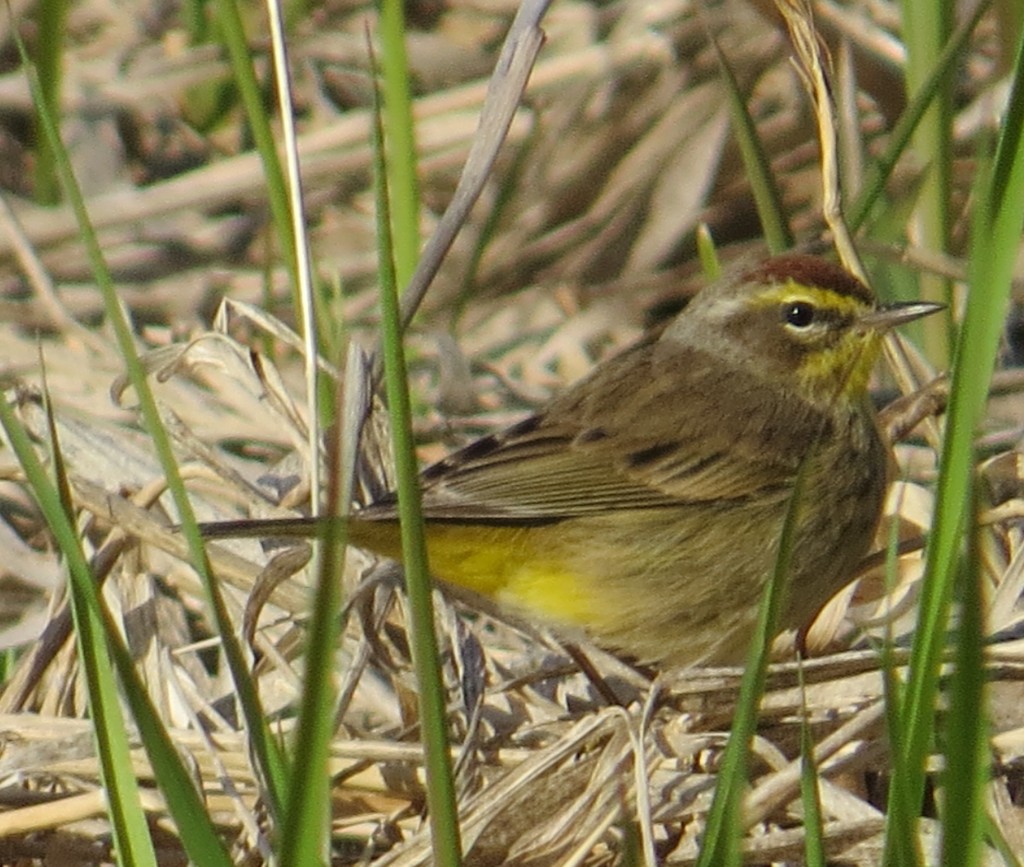 Warblers are tough to photograph, and I’m deciding that ground-skulking warblers may pose just as much of a challenge as the ones that flit about the treetops.  It’s a good thing there are birds that pose, like this Veery. 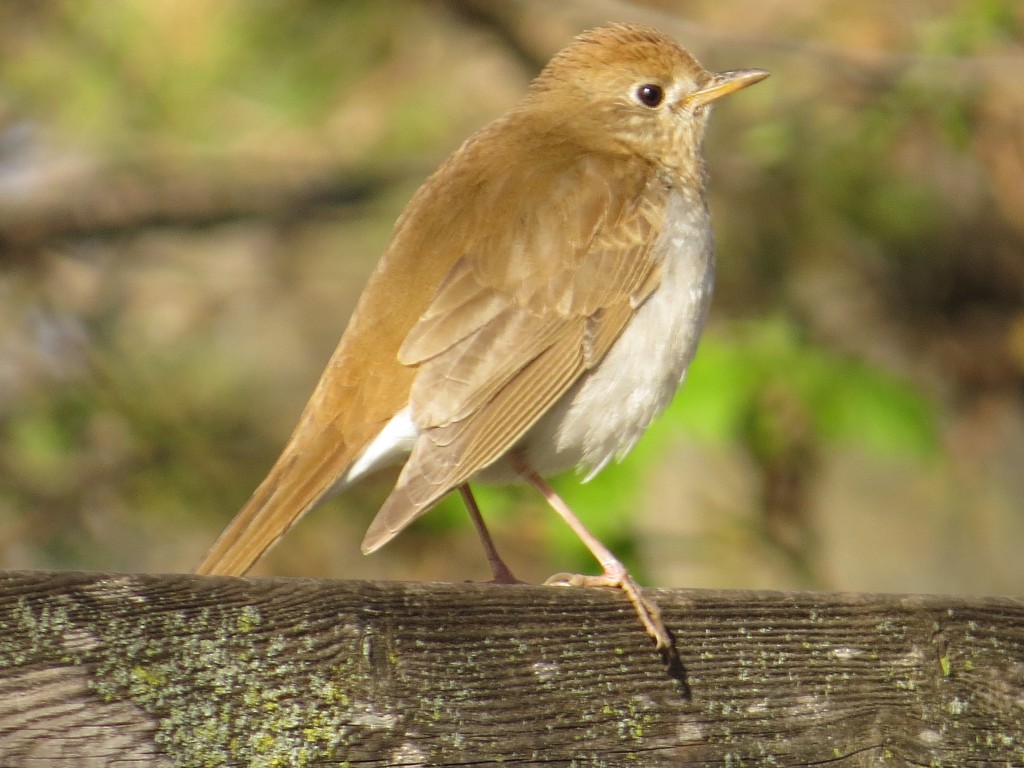 While I practiced bird photography, Evan was working on much more manly skills. 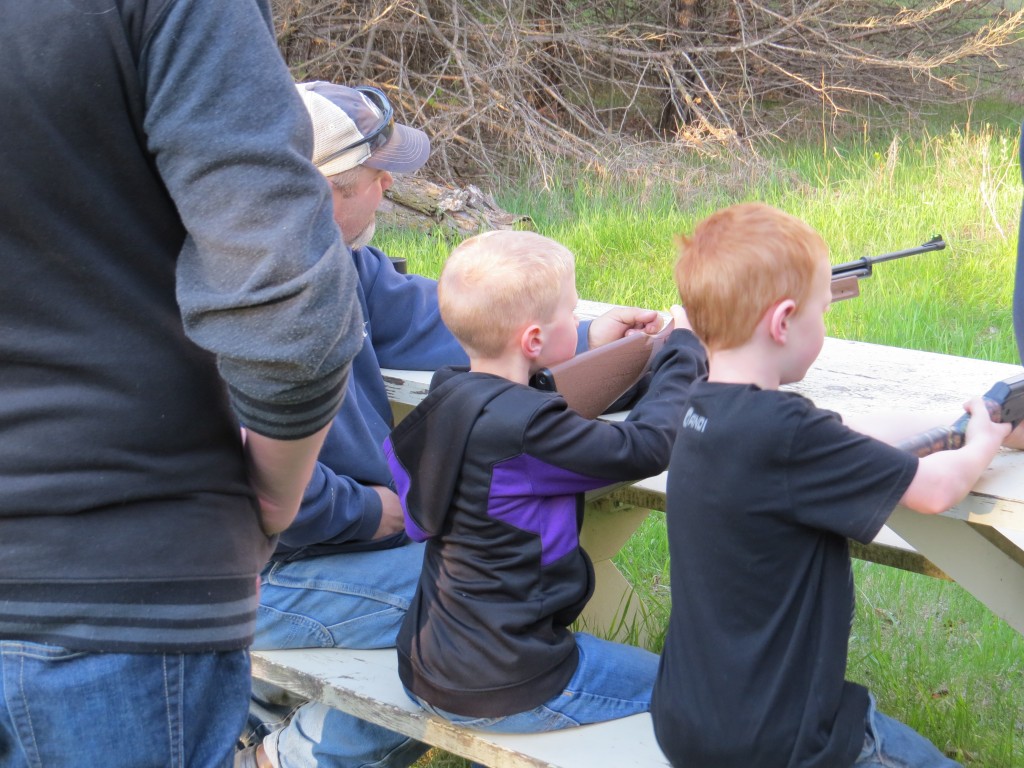 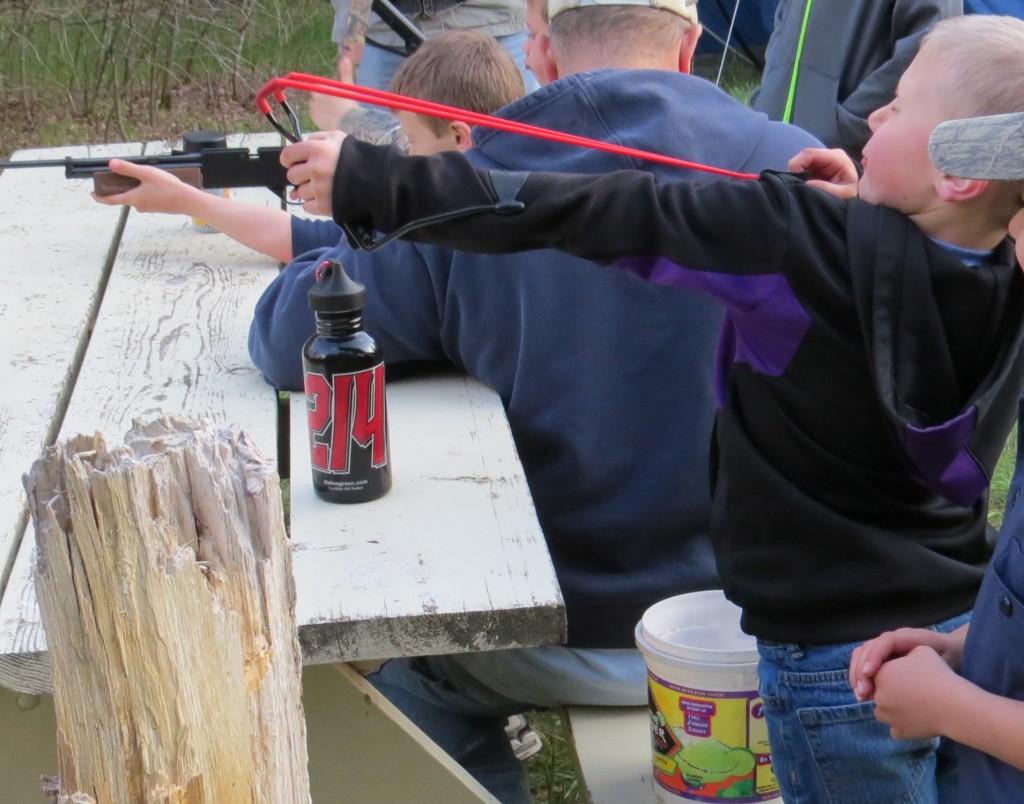 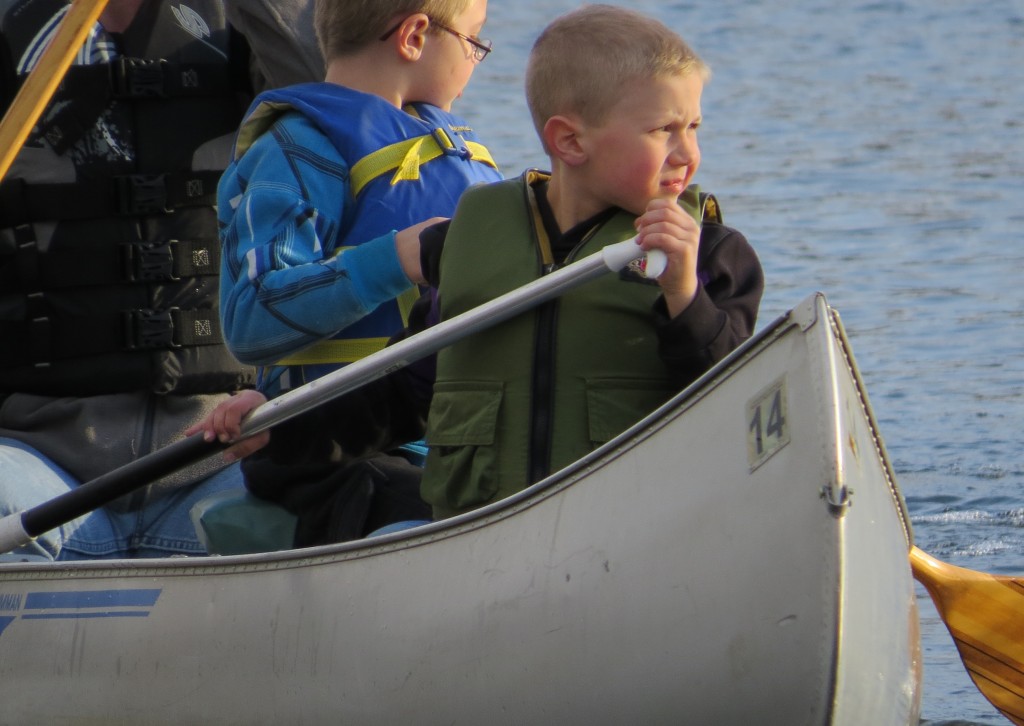 Though I took the picture above, I had taken Evan out earlier for a canoe ride. We were both thrilled to have four species of swallows buzzing right by our heads as they fed above the surface of the water.  It got me thinking that I should dig out my canoe from behind the shed and do some birding with it.  It’s a totally new perspective.

On Saturday at scout camp we headed to Sibley State Park for some geocaching.  It was a mediocre experience considering we were in a group of about  12 people, over half of which were not scouts.  I did get my Gray-cheeked Thrush lifer, but out of hesitation that I might actually be seeing a Swainson’s Thrush and that I was the only binocular-toting bird-nerd in the crowd, I opted not to draw more attention to myself by photographing the bird or pointing it out to Evan.  I later regretted both decisions. 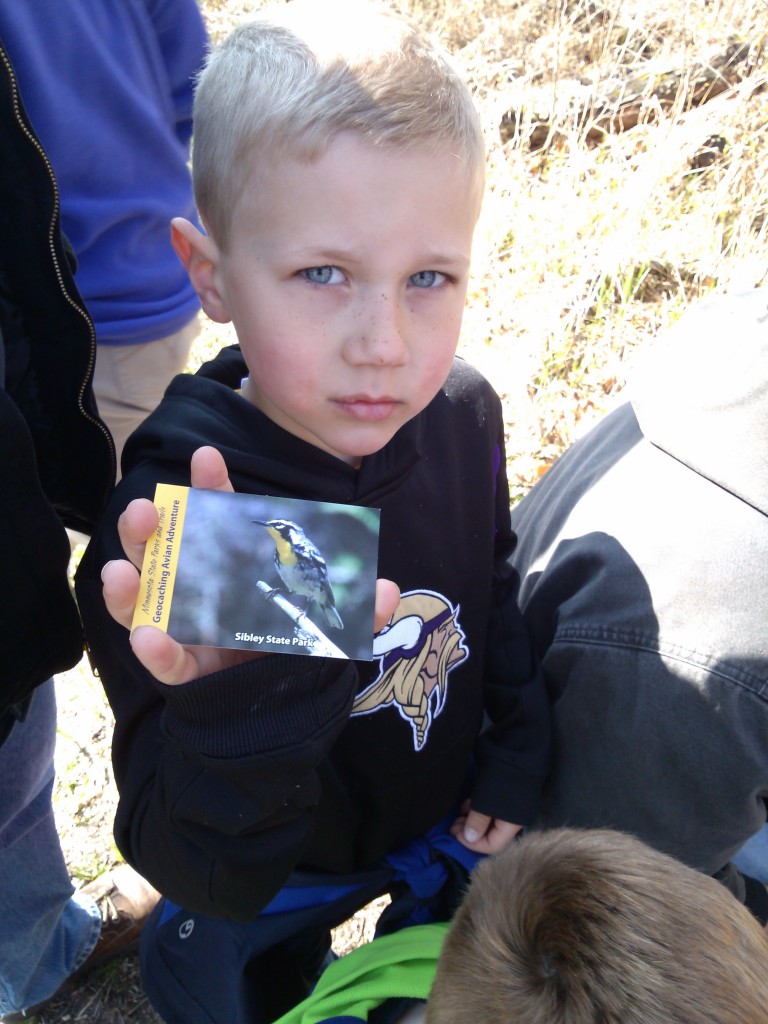 After scout weekend, Evan and I did our daily check of Bergquist Wildlife Area – a spot that can be walked in ten minutes if there are no birds.  This time of year, with the birds changing daily, it takes a good hour to explore.

This particular day, Blackpoll Warblers seemed to be stealing the show. 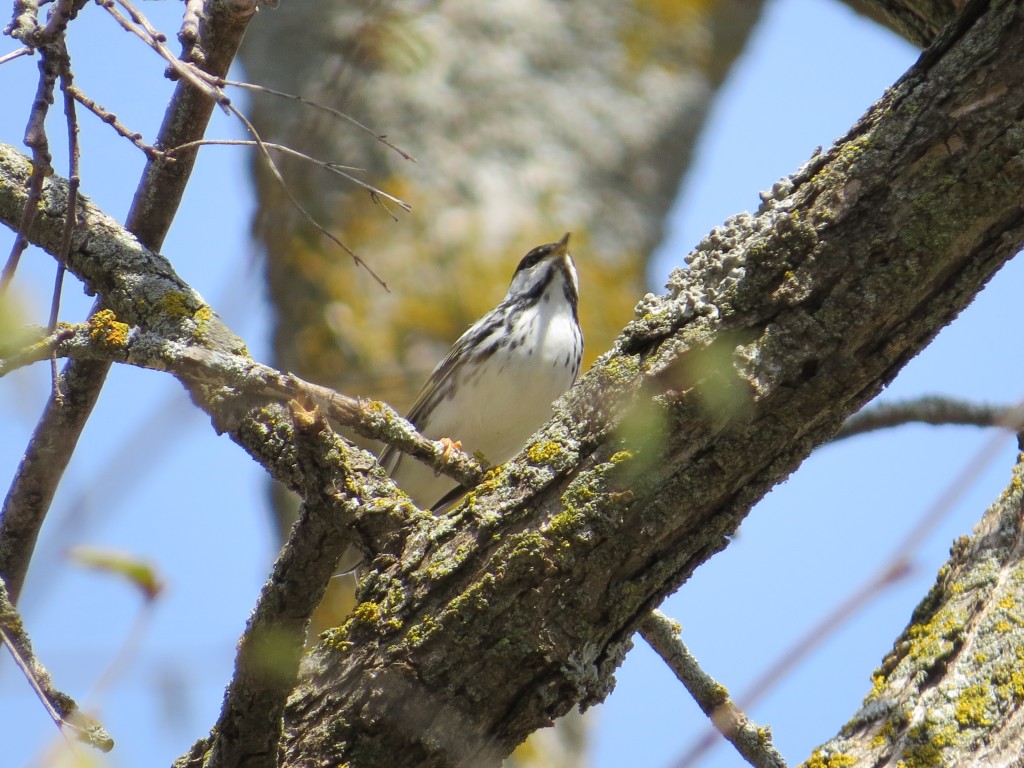 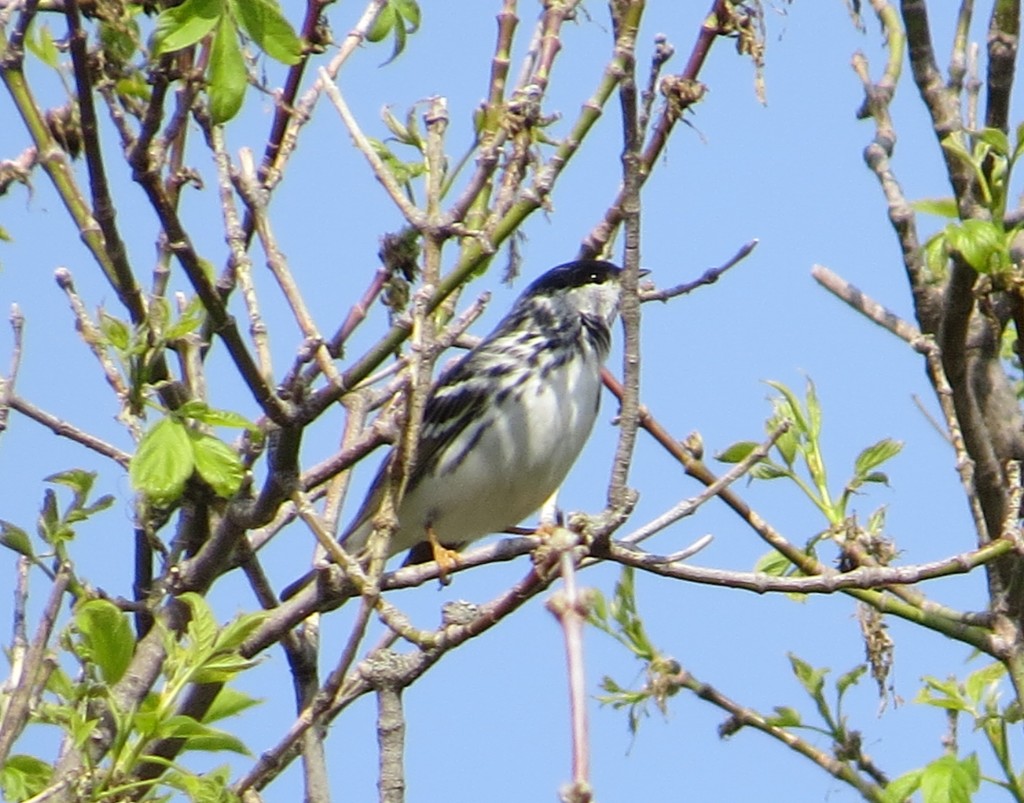 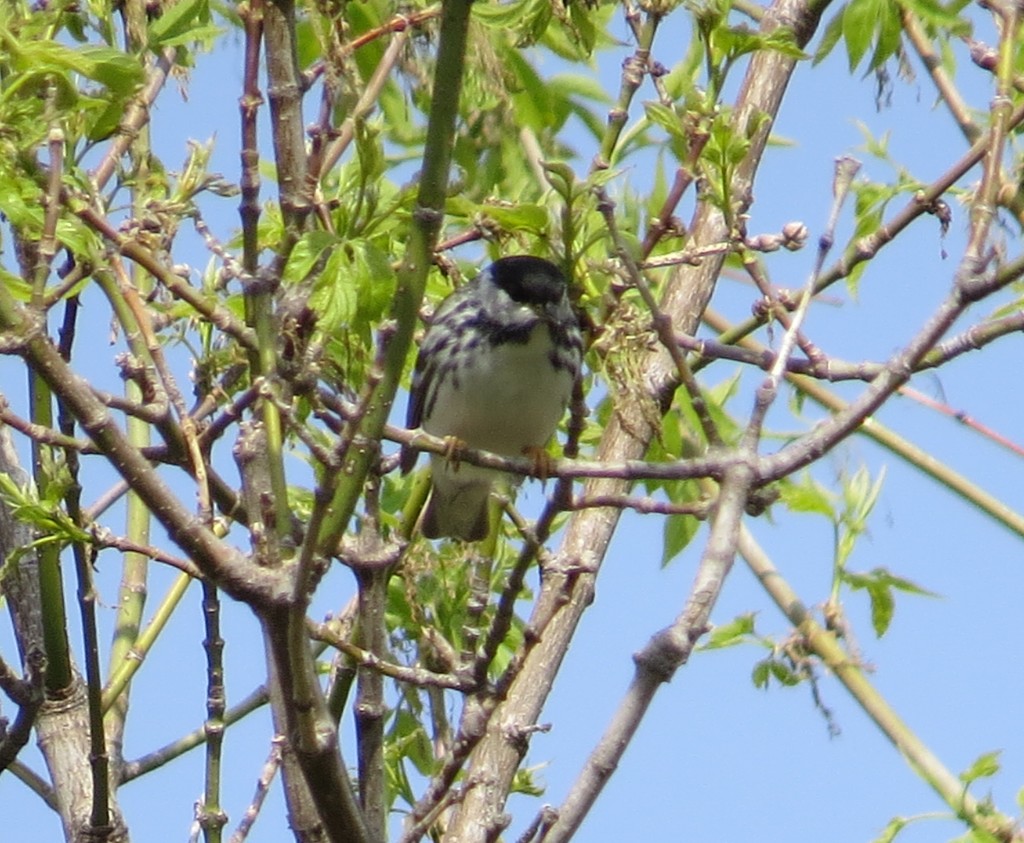 While I strained my neck looking at warblers in the treetops, Evan was again working on his warrior skills. 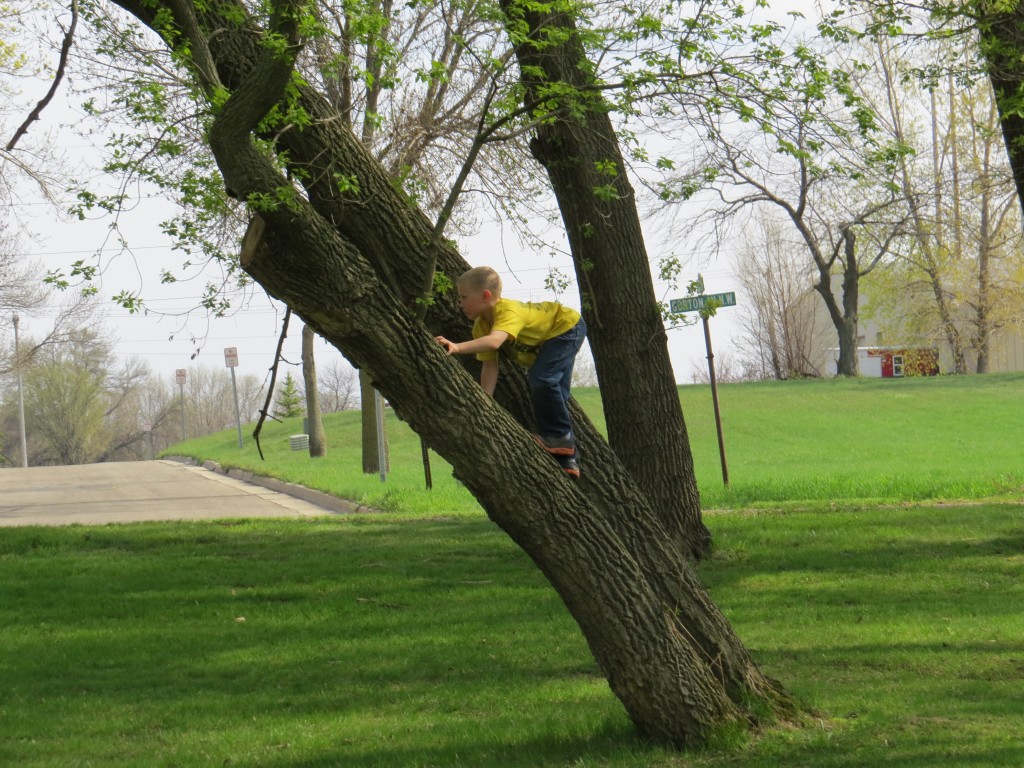 I was smiling like that too when I found one of my favorite warblers of all time – the Blackburnian Warbler who was more than willing to show off his flashy orange throat. 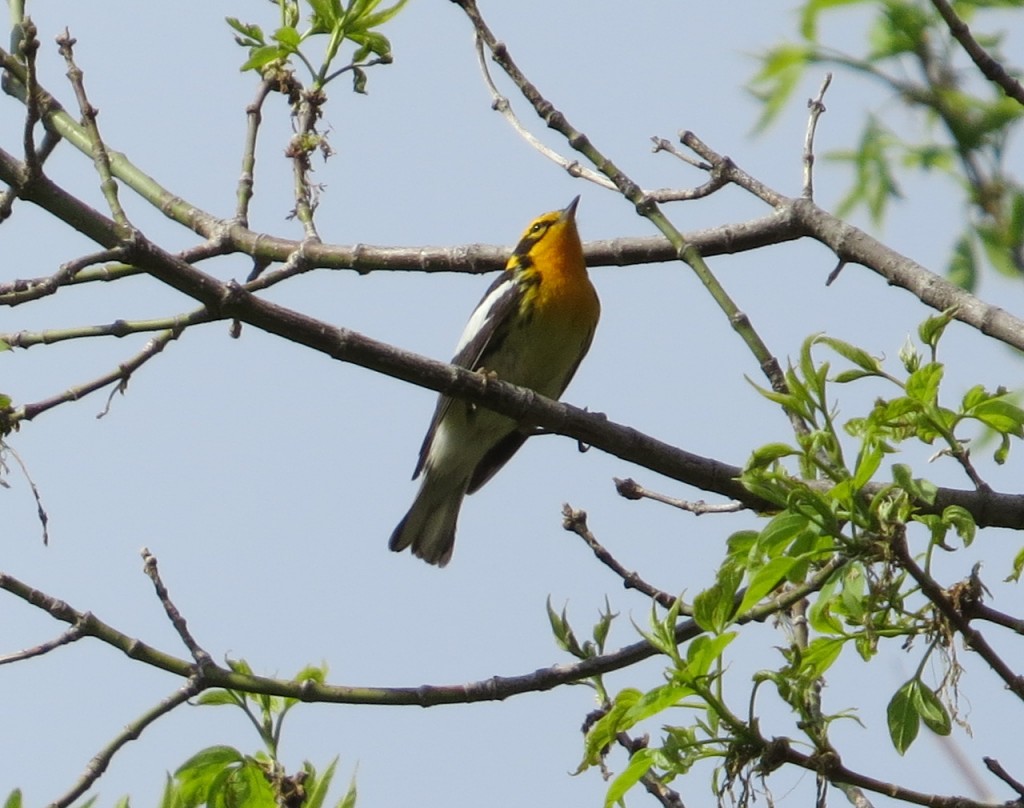 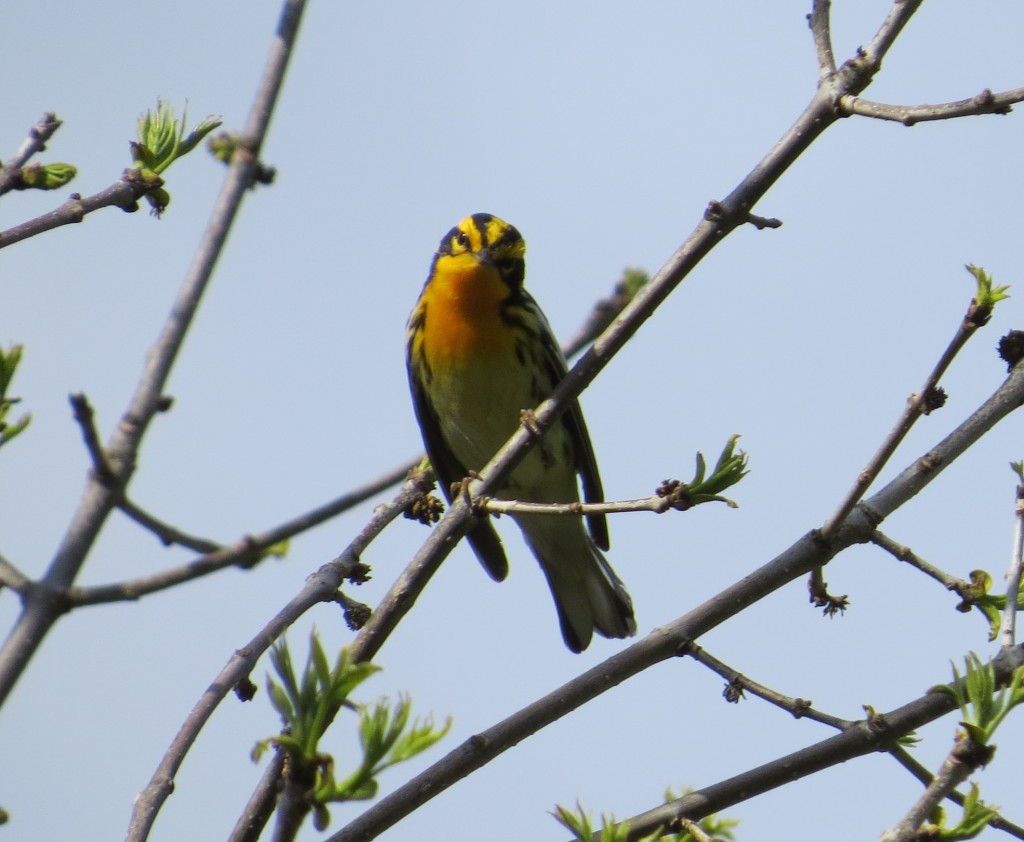 I wanted to keep photographing this bird, but it gave me the slip while I was checking on Hercules. 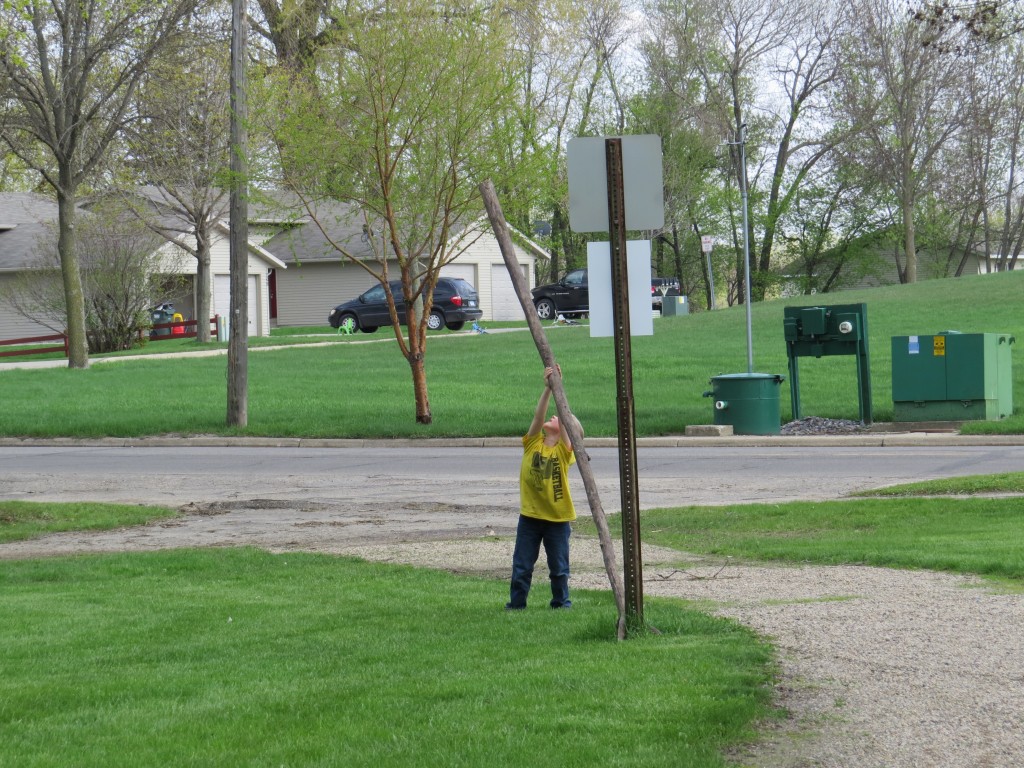 Though not as much fun as playing with dead wood, I photographed a couple of the more common warblers. 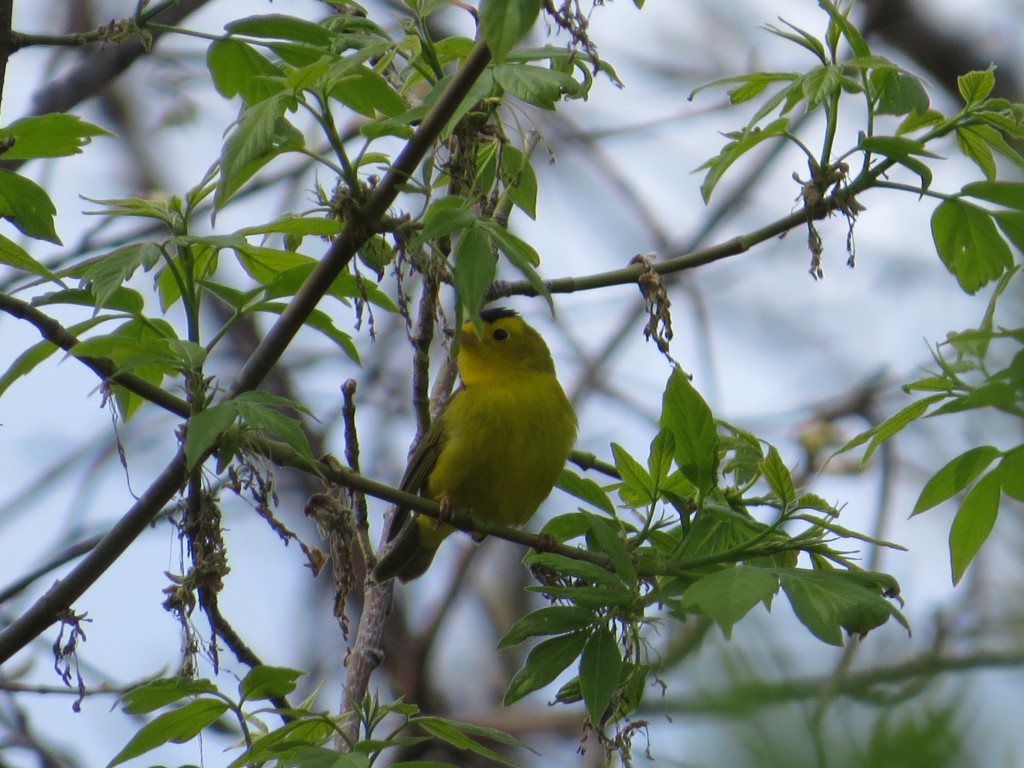 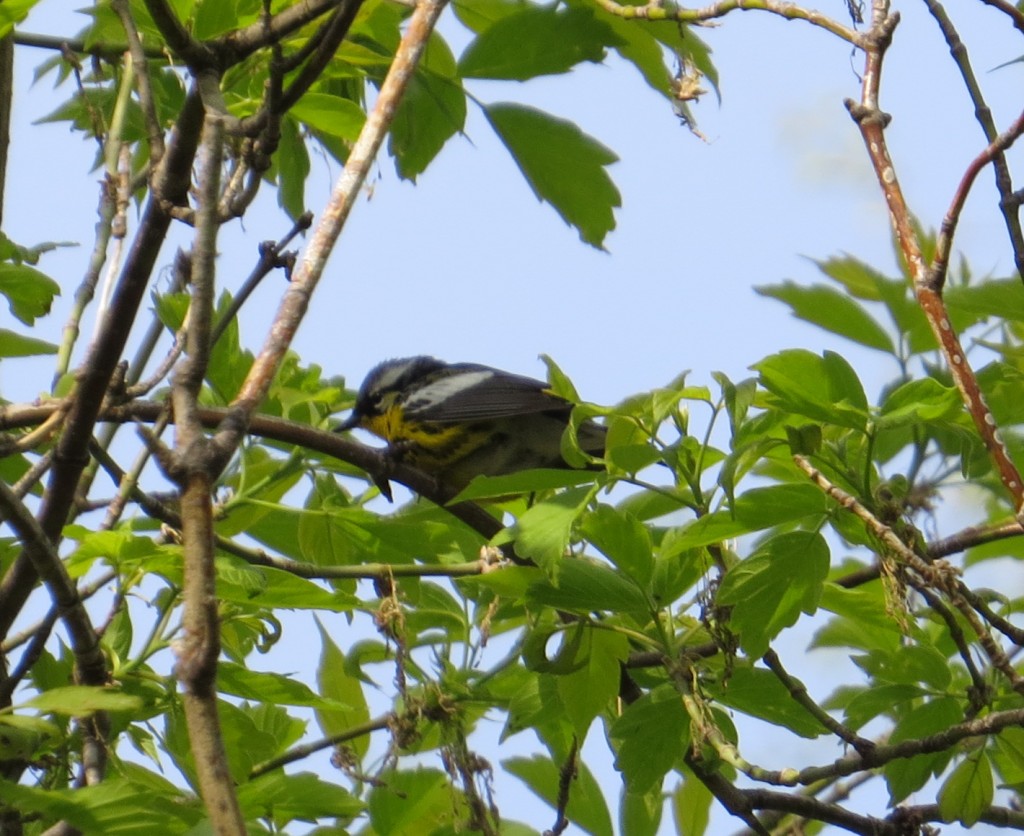 I was delighted to see that the Cape May pair is still hanging around in the same tree. It is getting very interesting that they are still here after two weeks and that there is a pair.  We are way south of their breeding range. 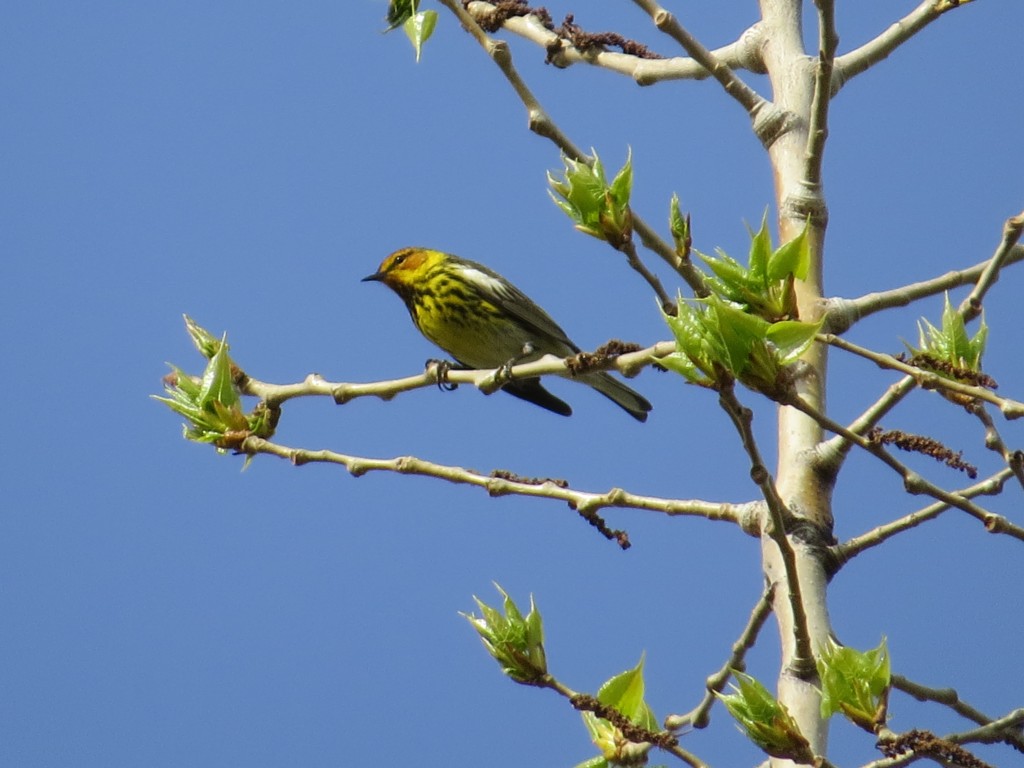 I’m still hoping to find a few last warblers at Bergquist before migration wraps up.  They include Black-throated Green, Bay-breasted, Mourning, and Canada.  Strangely we haven’t seen the ever-abundant Tennessee Warbler yet this year.  I was finally able to catch up with a Northern Parula the other day.  They are always a treat to see even if they aren’t very photogenic. 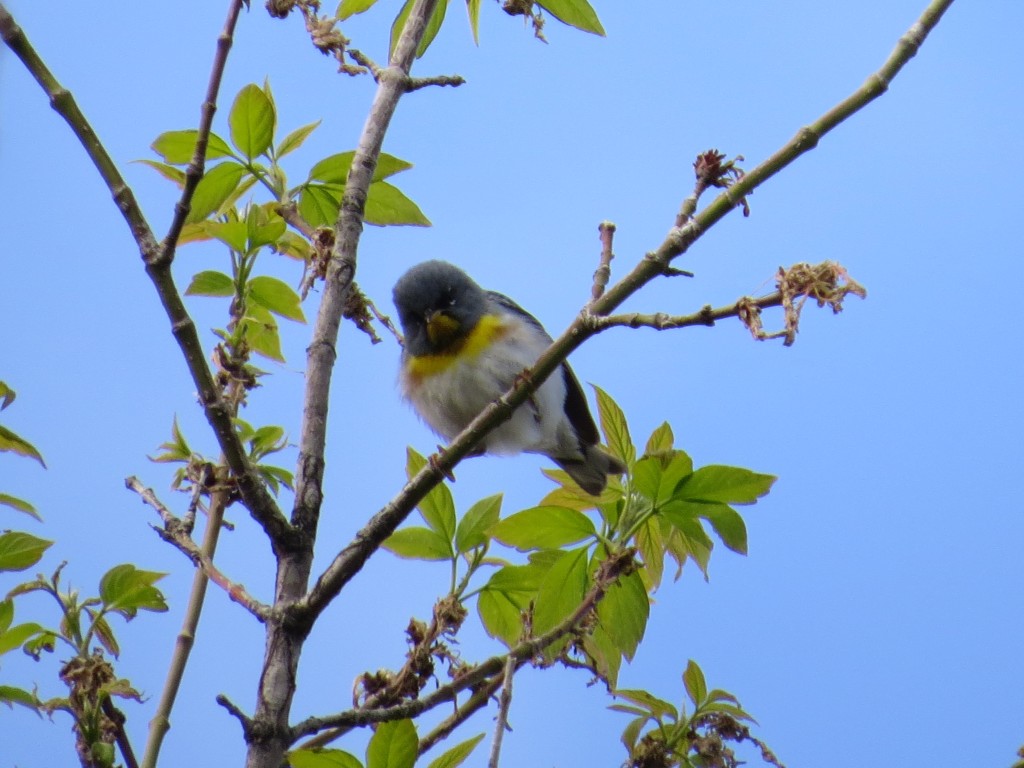 We shall continue the hunt for more migrants for the next couple weeks.  Then we will be putting Evan’s skills to the test as we go out camping this summer and hunting for warblers on territory.  Stay tuned.