Today was one of those days that we knew ahead of time we’d be coming home early from school.  A blizzard warning was forecast to begin at 11 AM.  Interestingly the skies were crystal clear today, but the 40 MPH winds created a ground blizzard with white-outs and drifting across rural roads.  As soon as I was released from school I took a drive out to the house of one of my coworkers who excitedly called me this morning to report she had a Snowy Owl along her 1/2 mile-long driveway.  I went to check it out, but the bird was long gone.

So I then picked up Marin and the two of us went on to pick up Evan from school.  I walked into school and found a beaming Evan who excitedly dug in his back-pack to pull out the special envelope from the school nurse that contained the tooth he lost that day! It was definitely an exciting moment and fun to listen to the slight change in speech in Evan who now has two holes in his face.

Since we were already in town, I decided we would head out to the city airport because Randy had found a Snowy Owl out there the previous evening.  We simply had to check it out.  We found the owl no problem as it was right where Randy described it – on top of small knoll by a smashed grain bin out past the runways.  The great distance from the road and the blowing snow made it tough to even verify we were looking at a Snowy, but I was able to capture the Snowy’s essence in the photo below. 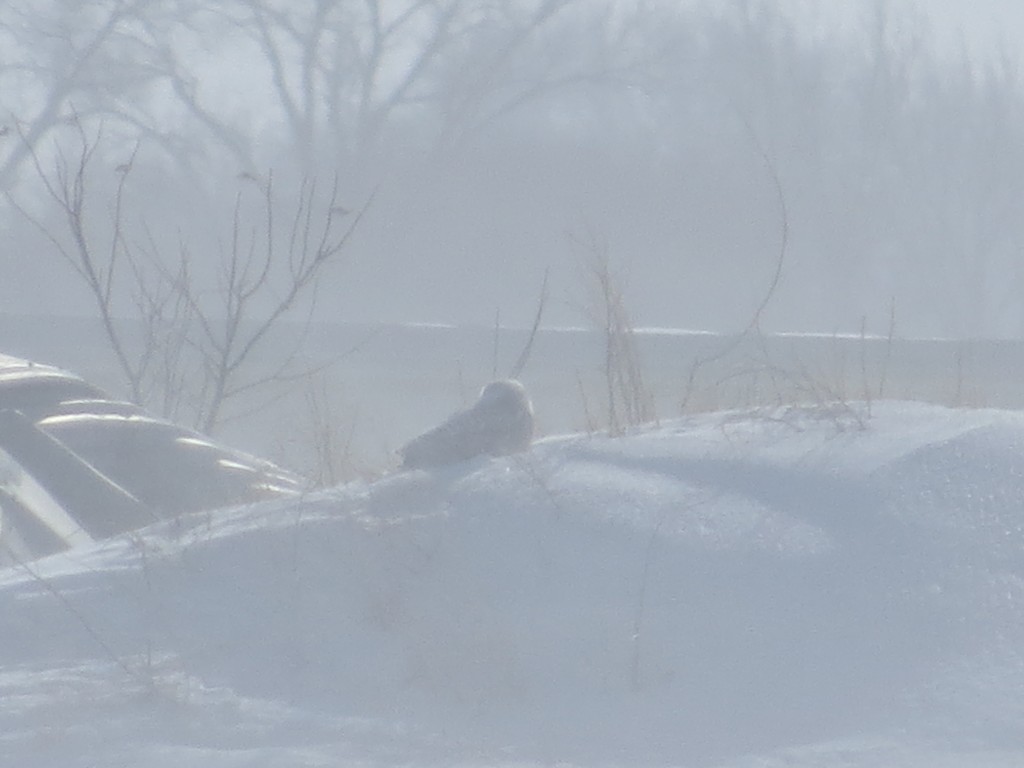 And since we were at the airport, we had to drive by the F-15 that is on display.  Evan also had to tell us about the different buildings he toured here with his Cub Scout den a few months ago. 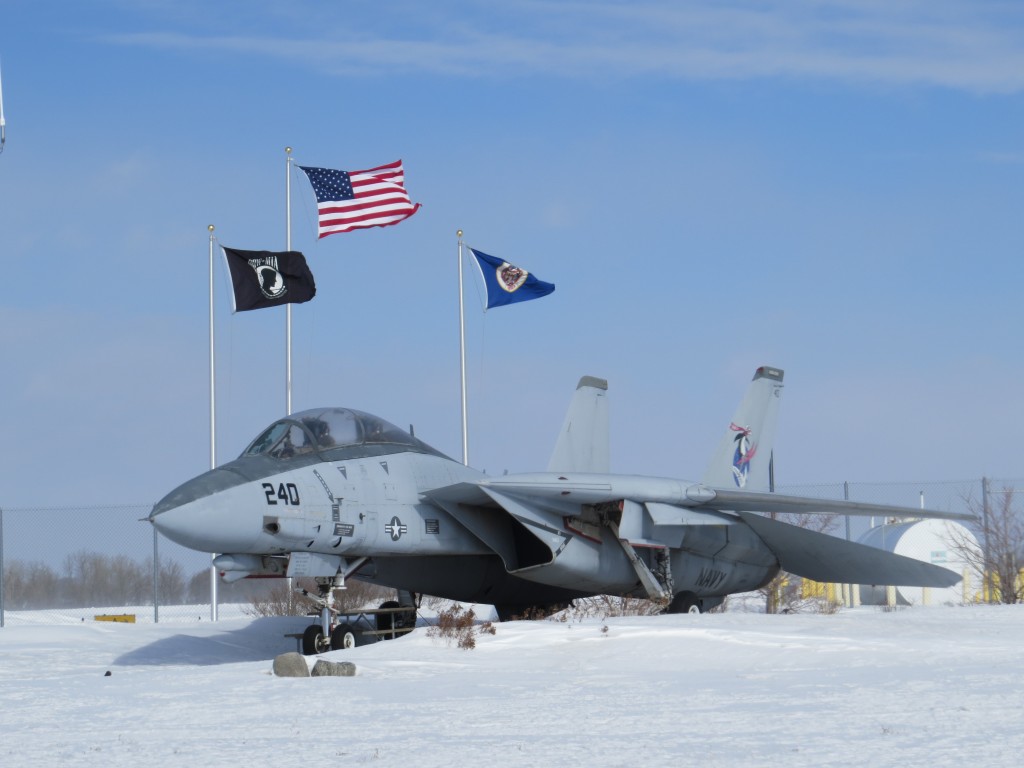 You can see from the flags above just how windy it was today.  On the way home we spotted a rooster pheasant right near our home that was fighting this wind with all his might just to find something to eat by the road. 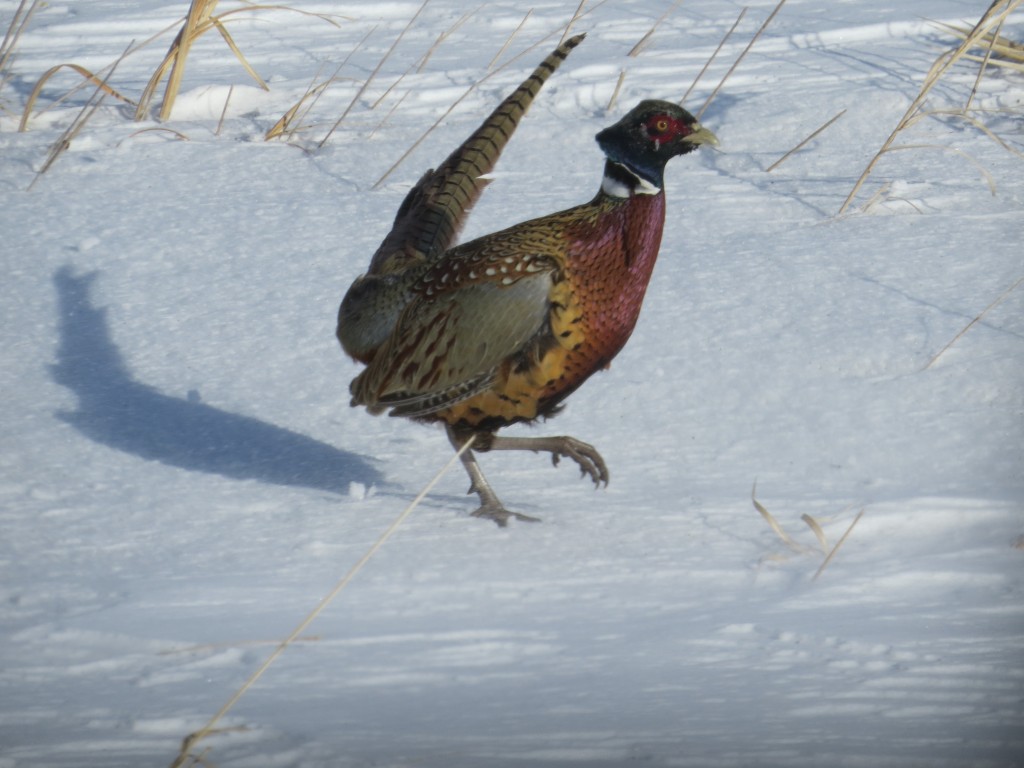 The kids didn’t see the rooster on the first pass, so I had to turn the car around and go back.  Now the rooster was on Evan’s side, so he saw it easily.  But Marin, on the opposite side and strapped into a car seat, could not see it and was sure to tell us as much. “Where? I can’t seeeee!”  So I had to turn the car around again so it was on her side, but that turkey of a rooster came right up by the car and Marin couldn’t see it when she looked out her window.  Finally it ran away from the road giving her a view.  I had to drive back and forth on the shoulder several times to jockey for position to give the kids a view and to try to take a picture of this bird struggling with the wind. 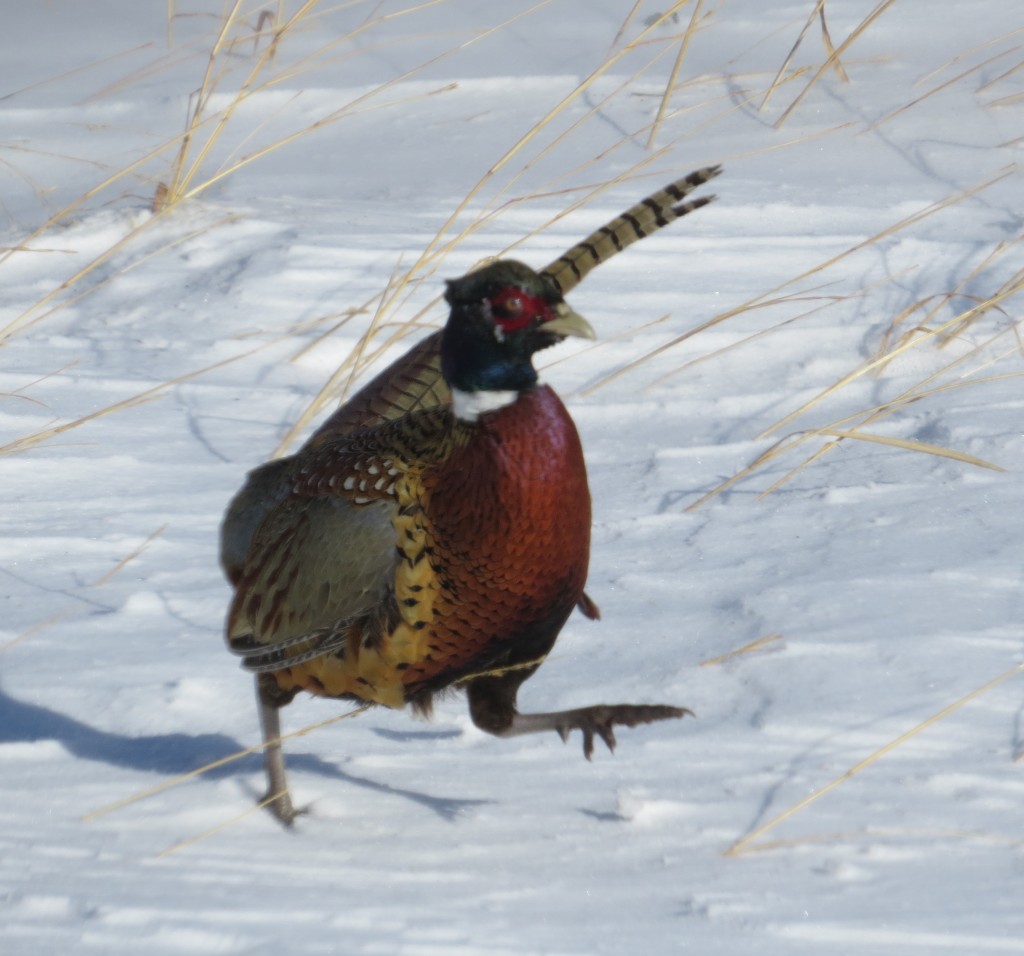 Evan was much more excited to see this rooster than the Snowy Owl earlier.  I think he was in awe of this bird’s splendor as the sun hit its breast when he exclaimed, “Look at that RED chest!”  I never get tired of seeing roosters either.  They are one of my favorite birds.  It was a nice bonus bird for this unplanned birding outing. 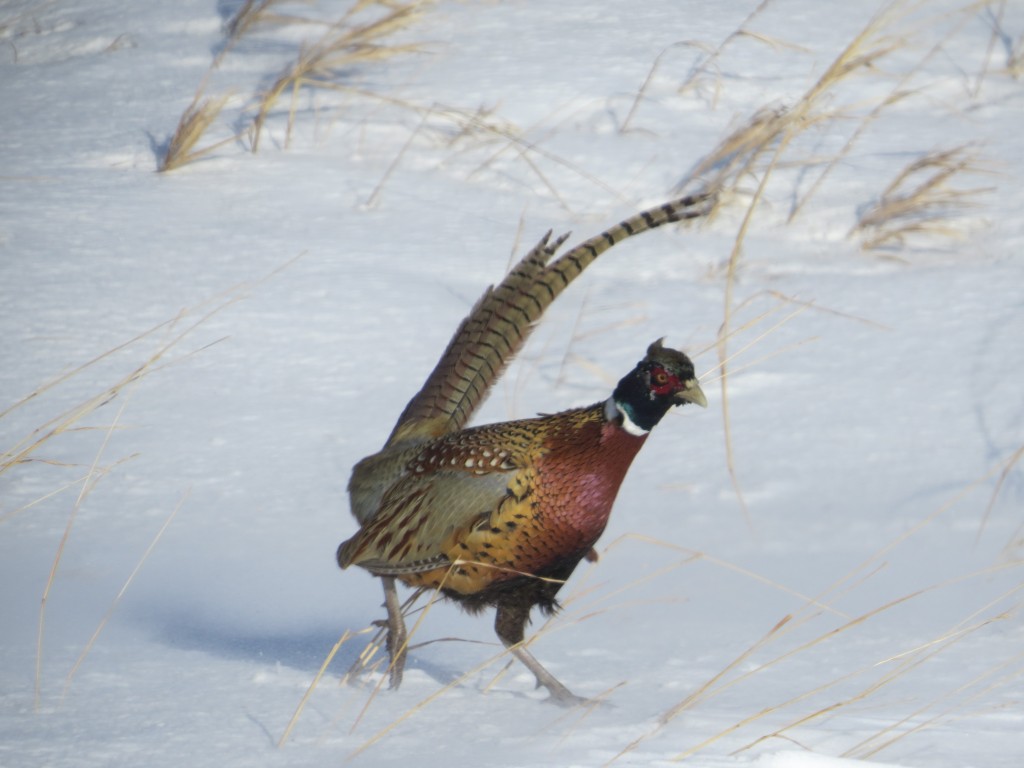