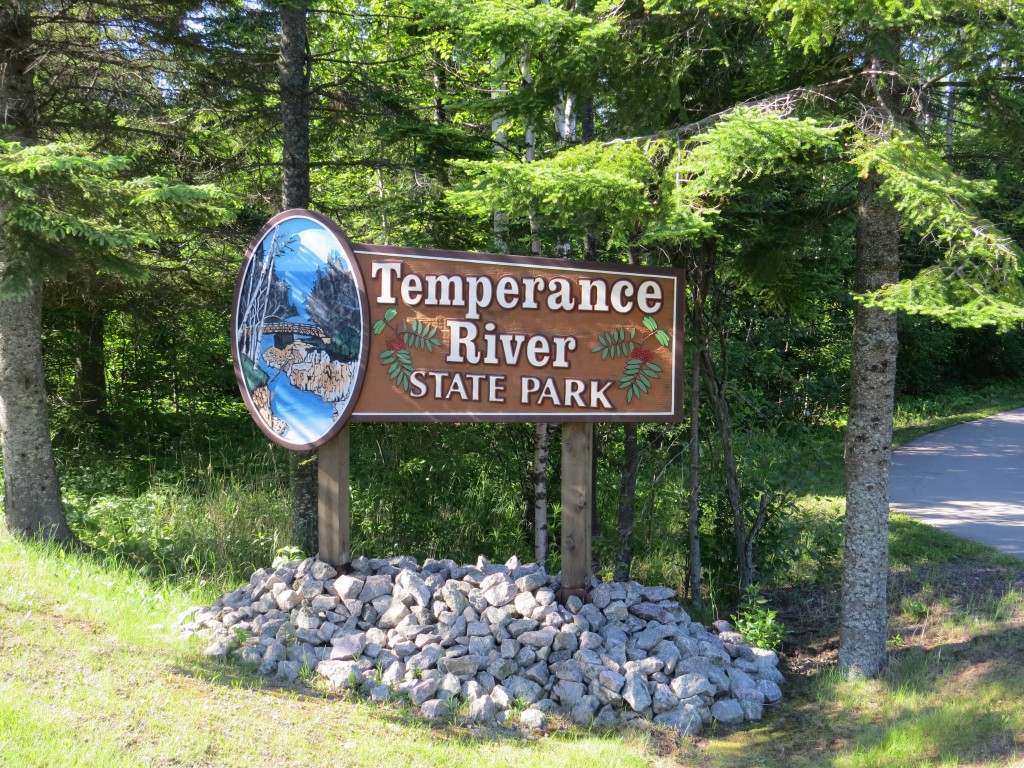 This was a rare summer because June had nearly expired before we made the trek up north to visit family.  With a prolonged school year, Bible school, and swimming lessons, a trip to God’s country was tough to pull off until just recently.  Besides family and amazing scenery, northern Minnesota is also attractive to us because it is full of incredible birds in the summertime.  Many birds that people only see during migration are summer residents in the north woods.  There were a couple migrants that we missed out on this spring that we were hoping to get while in the northland – the Blue-headed Vireo and the Black-throated Green Warbler.  Ever since Evan and I took a birding walk at Bear Head Lake State Park last year, the Black-throated Green Warbler has been one that we have wanted to find.  Its cool appearance and elusiveness made it all the more attractive.  Any bird that requires four words for its name is a good bird.

While our two target birds could probably be found in our parents’ back yards, there was another target bird that popped up on our radar early this summer along the North Shore of Lake Superior.  We learned that the beautiful Black-throated Blue Warbler can be found consistently at Oberg Mountain near Tofte. My wife and I have always loved going to the North Shore, so we decided to start our Up North trip by camping at Temperance River State Park which is just a few miles away from Oberg Mountain.

I was excited to be back birding in the woods, hunting for warblers. That’s how this hobby began for me a little over a year ago.  When we pulled into Temperance River State Park and got out of the car to register at the office, the woods were alive with all kinds of terrific bird songs that we don’t hear at our home.  After all, 16 species of warblers nest here, whereas we have just a couple species back home.  While I was anxious to start checking out everything with feathers, we had camp to set up.   I did manage to get out a little before dark to preview what might be in store for us the next day.  Right away I came across an American Redstart singing away.  This was a a treat to see one sitting still.  During migration we saw lots, but they were constantly moving. 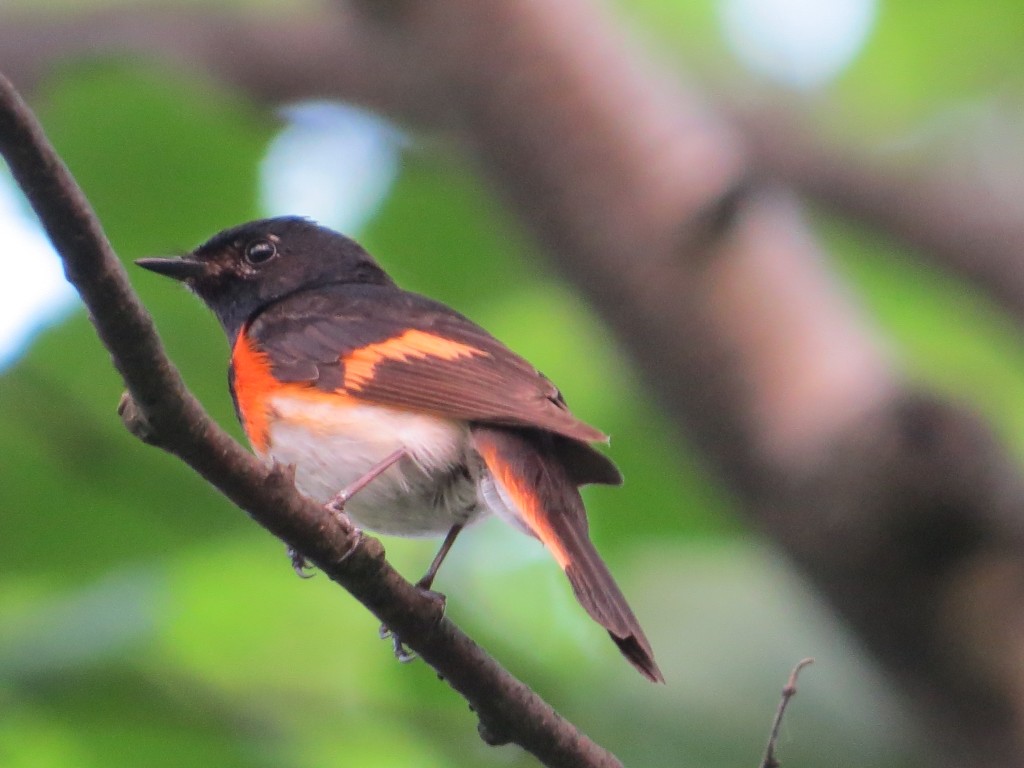 Then in the distance I heard the Black-throated Green Warbler sing just one time!  I knew the song well because we’d been studying it.  Birding by ear is about the only way to find a specific bird this time of year.  Its song is a buzzy “zoo-zee-zoo-zoo-ZEE!” It was here!  Now we just had to wait until morning to look for it.

I was up the next morning before everyone else, so I walked around the campground just to see if I could find this warbler.  Within a minute of starting my walk, I heard “zoo-zee-zoo-zoo-ZEE!” This persistent singer made him easy to track down.  It was right behind the park office.  After a year of waiting, I finally laid eyes on this great-looking bird. 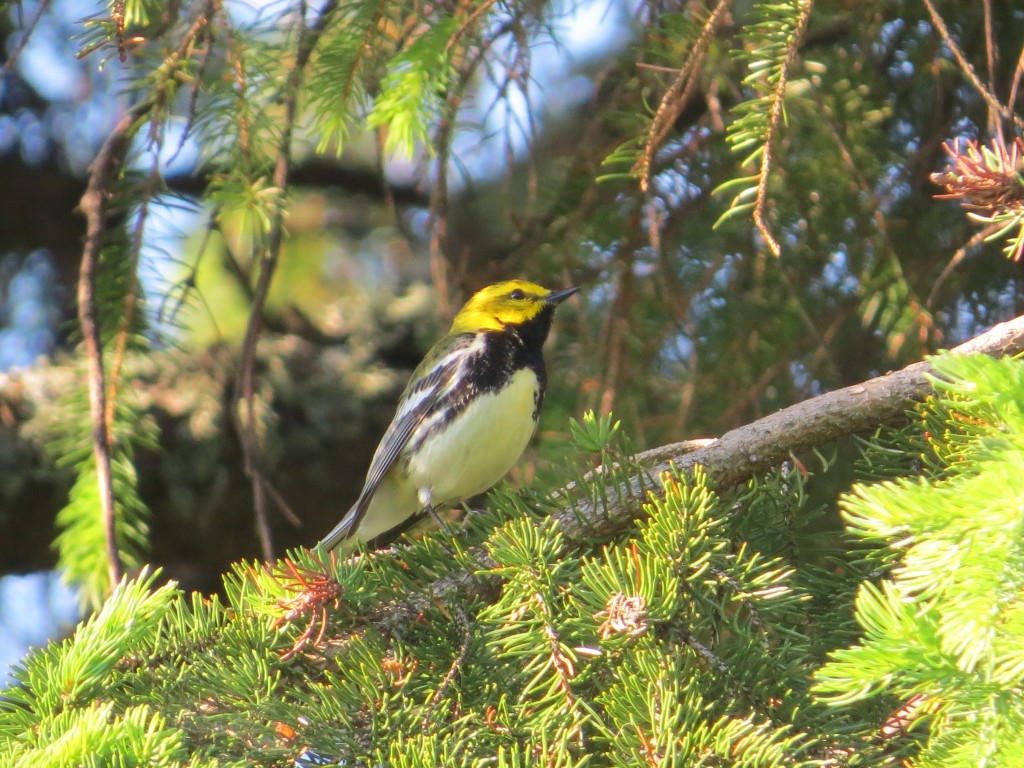 Because this bird was singing on territory I knew it would be easy to bring Evan back later to find it.  So after letting him sleep in, I brought him out to see this life bird and get some more photos. 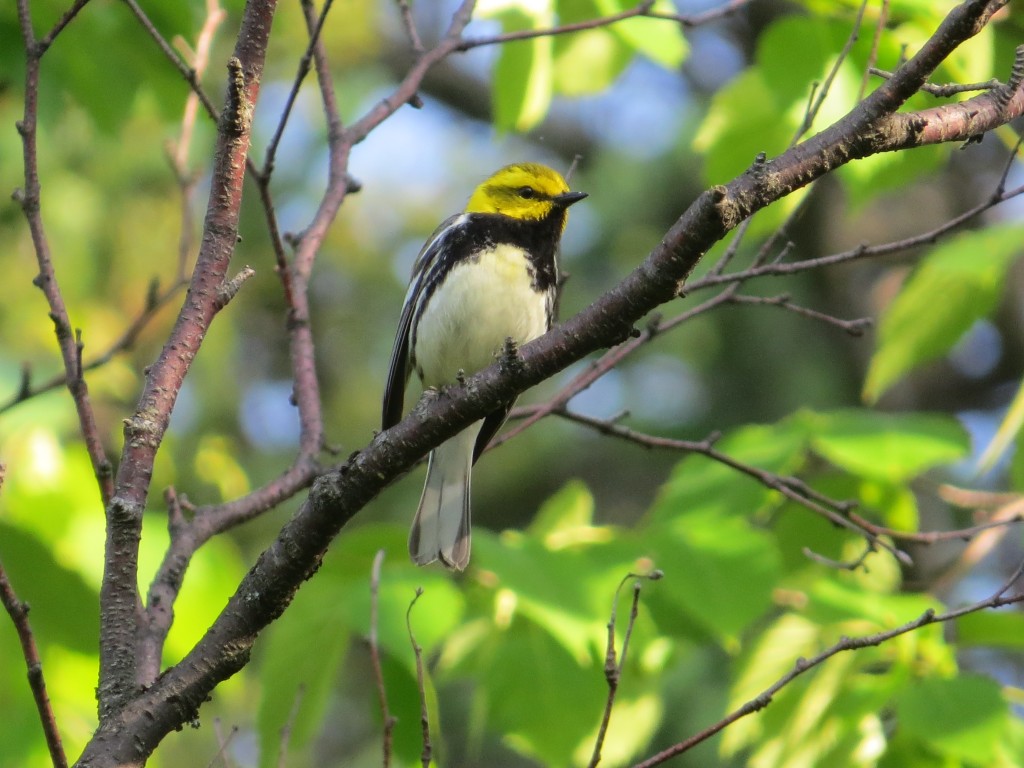 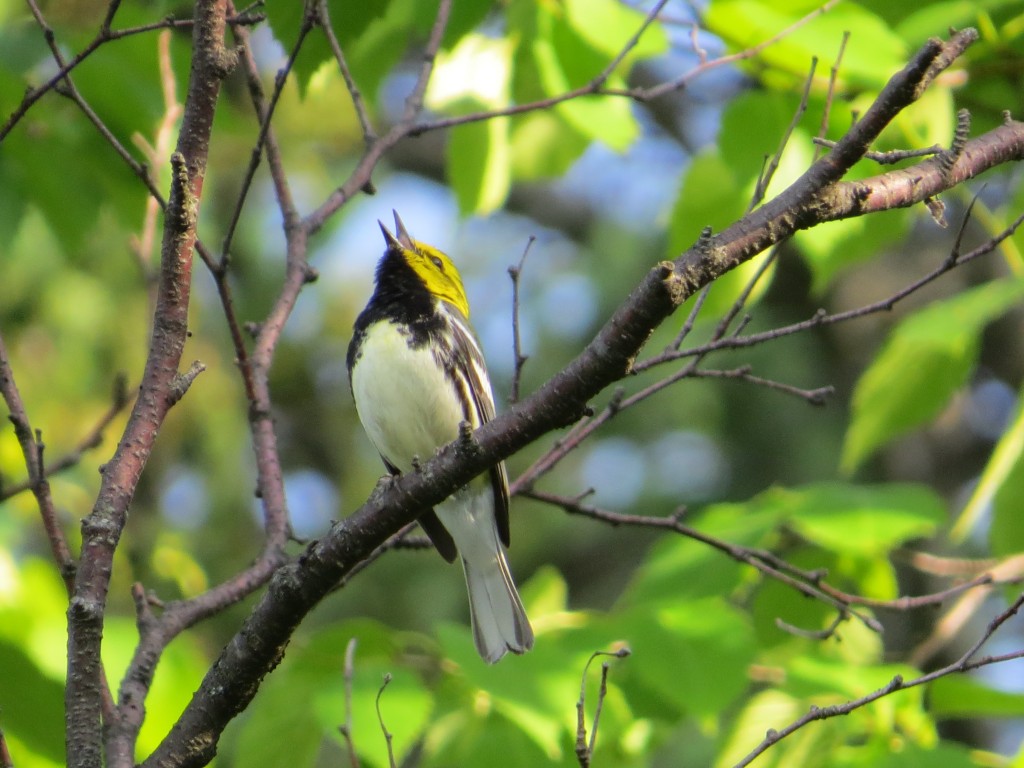 Our trip had barely started and one of the three major targets was done! It turns out that this bird was easier to get than I thought.  There were several different ones throughout the campground.  In fact, we had one at each of the two campsites we occupied in addition to the one at the park office.  Its song was so common and so frequent that even Marin could be heard saying, “Zoo-zee-zoo-zoo-Zee!” One time I asked her if she knew what bird made that sound.  She said she didn’t know, so I told her.  I asked her if she could then repeat it right away.  She responded with, “A Black-throated…ummm….aa…bird!” Close enough, Marin.

The birding was great at Temperance River State Park.  We picked up another life bird, the Veery, a couple campsites away from us.  On one outing out of the park we got our Merlin lifer.  We also saw four species of woodpeckers and had Ruby-crowned Kinglets buzz through our campsite.  And we were constantly serenaded by the beautiful “Oh-sweet-kimberly-kimberly-kimberly” song of the White-throated Sparrow – a song that always transports us back home.  While many Minnesotans may not know that song or the bird that sings it, everybody in the state can appreciate this next bird and hear its voice. 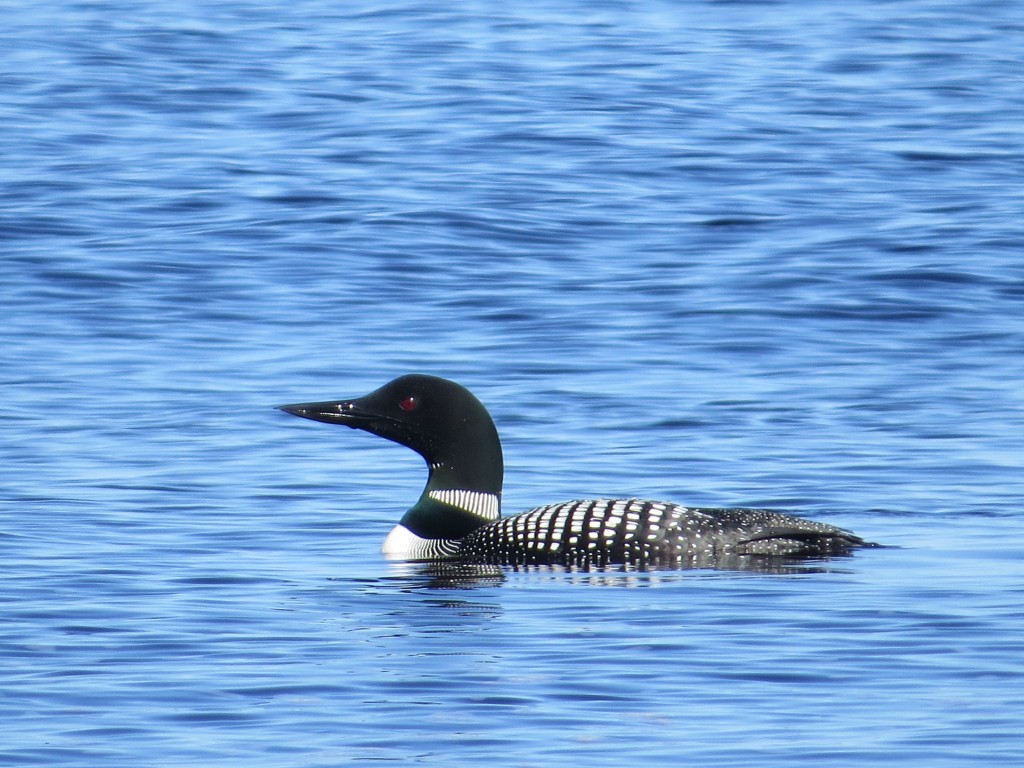 Our Up North trip was off to a great start.  We enjoyed the temps (high of 61° and low of 38°!) as we could hang out in jeans and sweatshirts, and the sights of this state park were simply incredible.  If you are driving up Hwy. 61, you need to pull over at the wayside parking lot and take a short hike to check out the Temperance River gorge.  The power of this river and the rugged geological features are awesome. 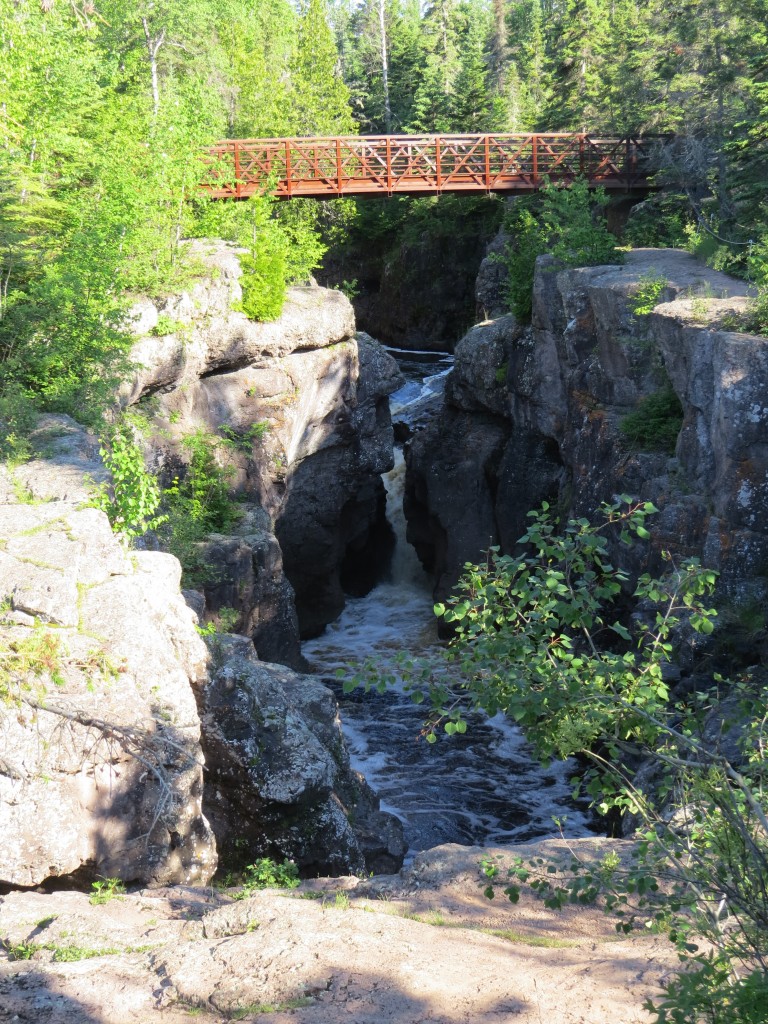 And then there’s Lake Superior… 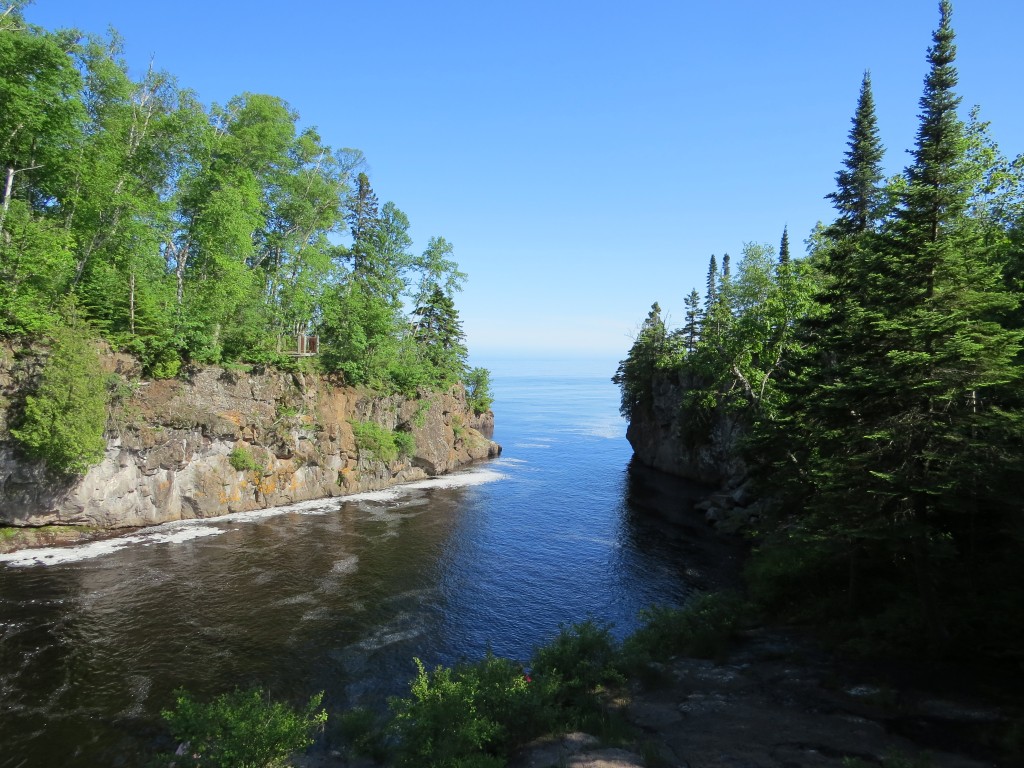