While en route to Fargo last Saturday, Randy texted me to let me know that he found a Bell’s Vireo. The significance of this sighting goes beyond a “good” bird or a potential lifer for us. Rather, this was the first observation of this bird showing up in our county – ever.  We are beyond its normal range but close enough where one could slip in.  This bird was on Randy’s list of birds he wanted to find for the county records, and he finally found one.

Because Randy works for the Minnesota Breeding Bird Atlas, a bird conservation project that seeks to document every species that breeds in the state, he needed to establish that the Bell’s Vireo was breeding in our county.  Such a determination would come from multiple observations over a period of days.  Randy did not post this sighting on MOU-Net out of fear that multiple birders would flock to see this rarity.  Birders, in their zest to see such a bird, have been known to play the bird’s song on electronic devices in order to attract it. This could ultimately cause the bird to move away from the area.  Randy’s plan was to post the sighting after five days, but he let a handful of us know about it right away, trusting we’d be mindful of our interaction with the bird.

Today I took a break from working around the house to take Evan out to find the Bell’s Vireo.  Right away when we got on site, we heard it singing.  We tried our hardest to see it, but it moved around often and would sing from new locations.  We never did get our eyes on it.  Evan wants to count it anyway.  Considering the rarity of the bird, I think we just might.

In our search today we did get a new life bird, the Savannah Sparrow. 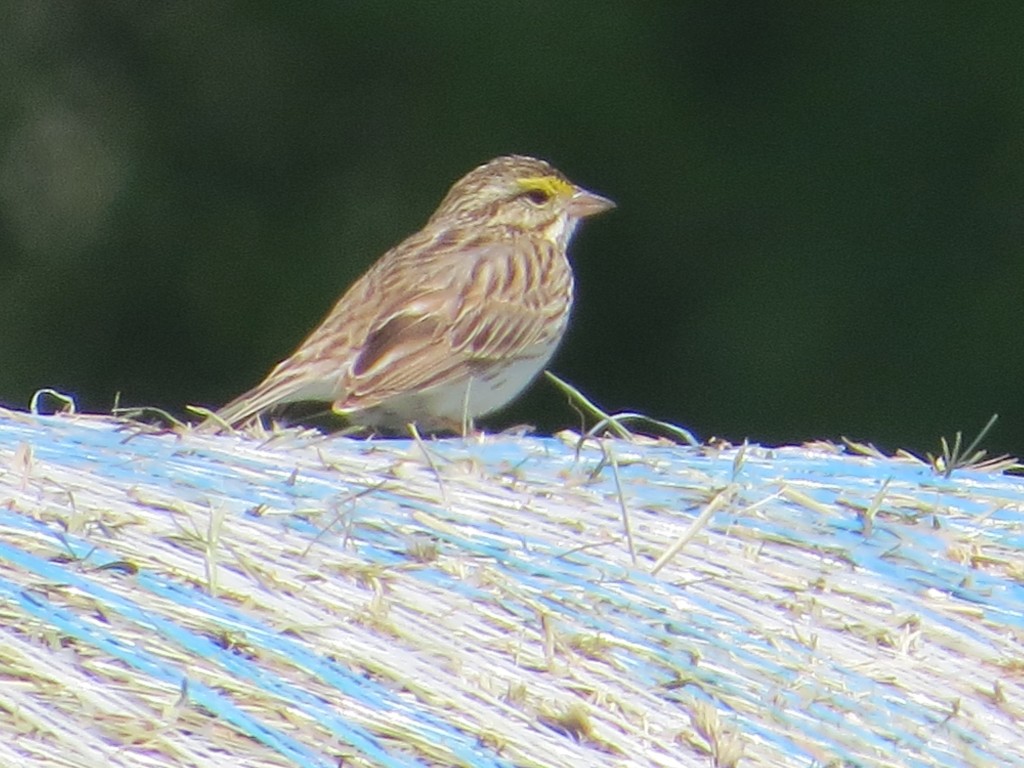 And then Evan picked up his Clay-colored Sparrow lifer.  I found mine in our yard over a month ago.  Evan gets upset when I find birds he doesn’t, so for the last month he’s claimed multiple times he’s seen one.  He’s been trying awfully hard to turn all kinds of birds into the Clay-colored Sparrow.  He can finally put that bird to rest after this morning. 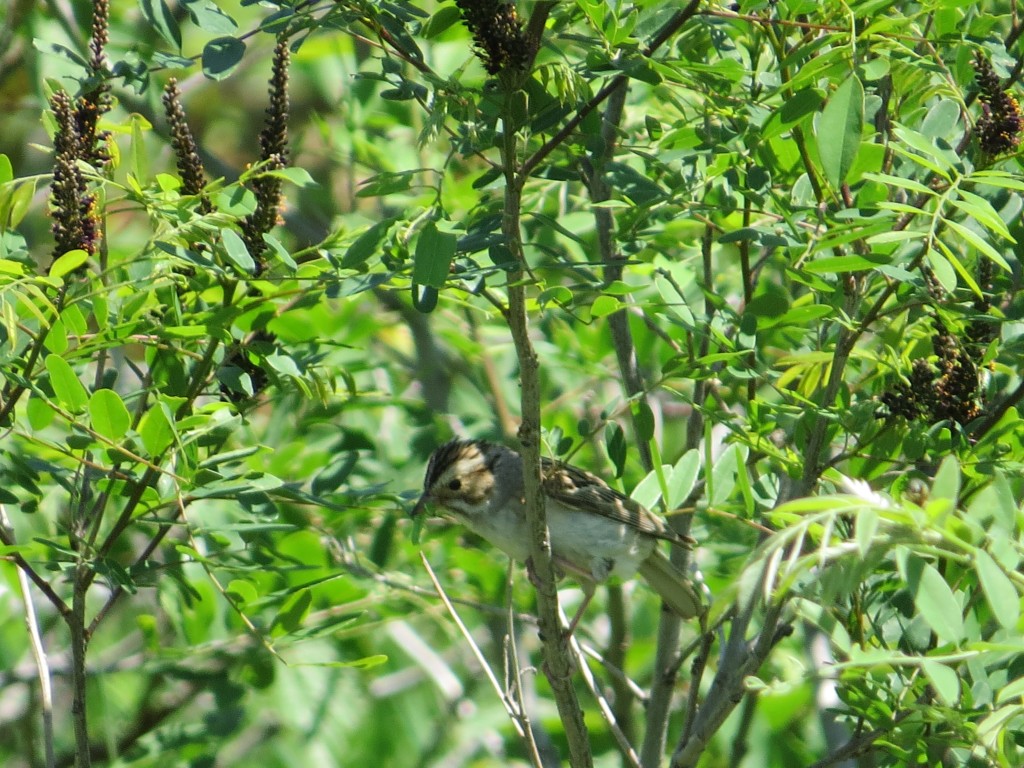 We’ll count the Bell’s Vireo on our life list because it is a special sighting and we did locate it by sound, but I’ll be heading out tomorrow to try to get that picture.  Bell’s or not, it was really cool that Evan got two bonus lifers out of our brief search today.