With migration drawing to a close, the pace at which we’re adding new birds has dropped off sharply.  Evan added 26 new birds to his life list last weekend.  Until today, we have not added a single new bird since that monumental weekend. It’s to be expected that we won’t add big numbers to our life lists anymore this season since we have seen a lot of the birds and since migration is ending.  It is now time to become much more intentional in our birding by seeking out our summer residents in their habitats.  We have many of these regulars to chase and add to our lists. I enjoy this type of birding.  It is more like hunting and less like winning the birding lottery.  Both are fun, but going after and finding a specific target is very rewarding.

Not only is it the time to find resident birds, but it is also the time to enjoy those that have chosen our yard to make their home for the summer.  We have now had a pair of Indigo Buntings at our house for eight days.  I think they’re here to stay. 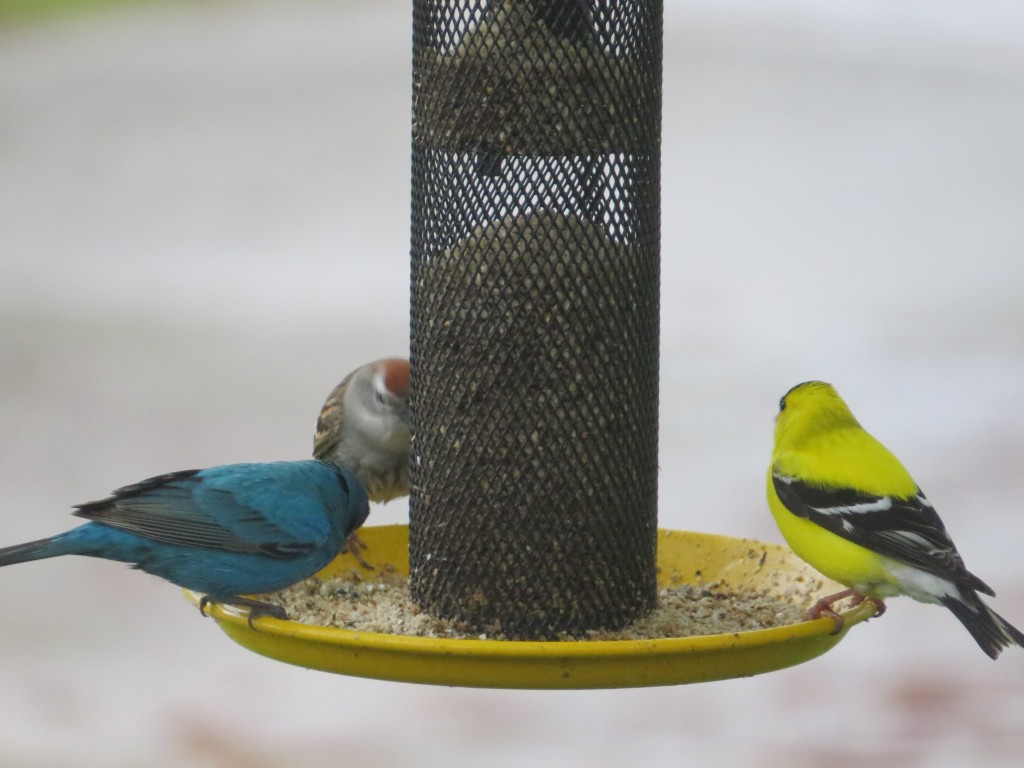 Evan’s doves drop by regularly (Eurasian Collared Doves).  We had a record high of three of them in the yard today. 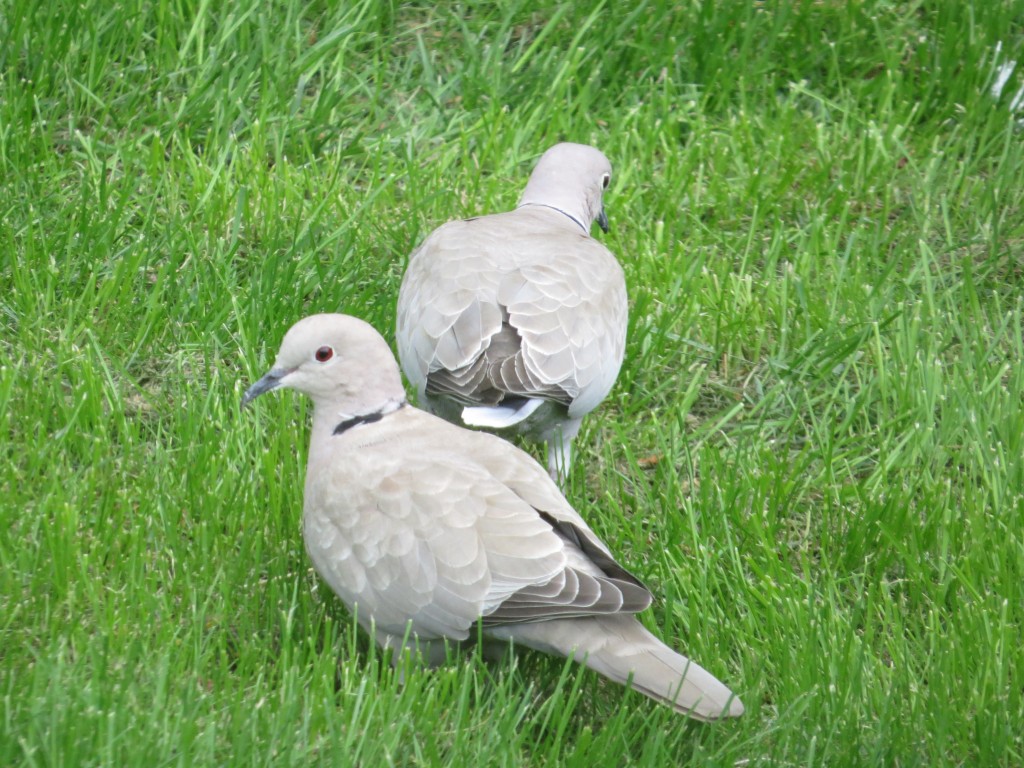 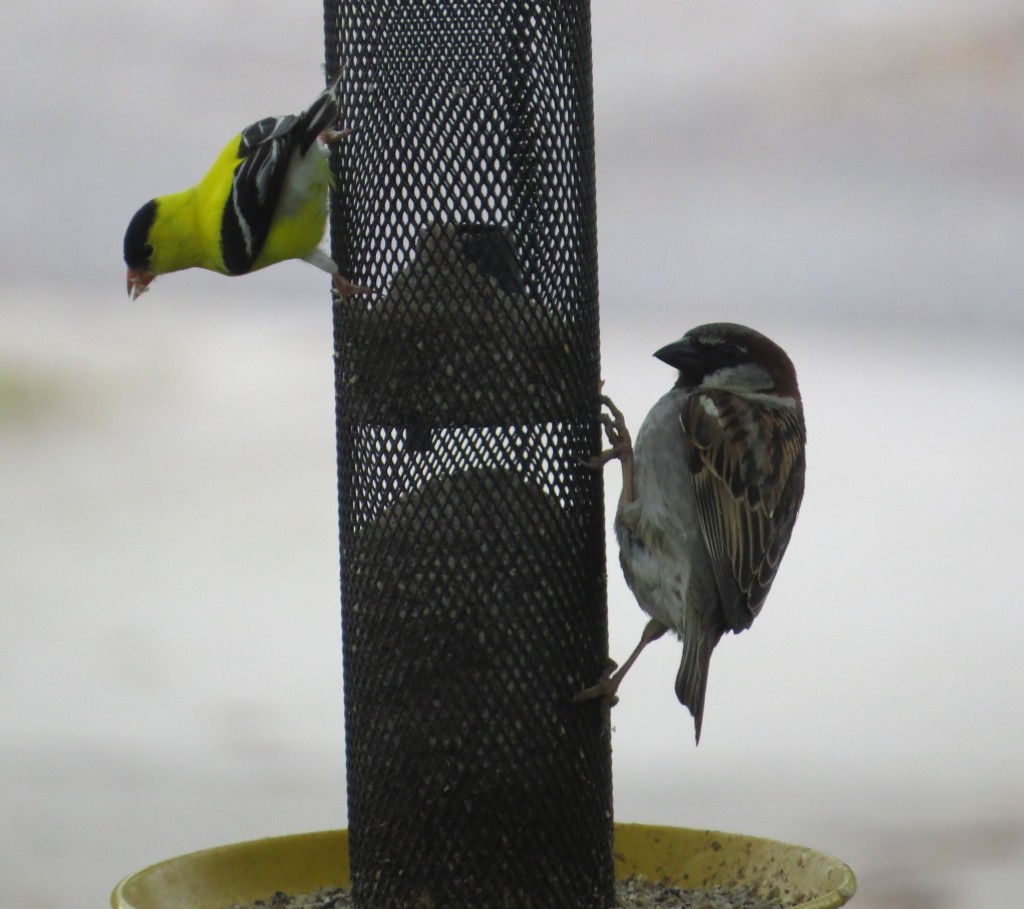 Though we are shifting into resident birds, migration is still somewhat alive.  We decided to check out Robbins Island today.  It was a family affair. Melissa wanted to do some running in the park, and the kids and I wanted to check out the birds. 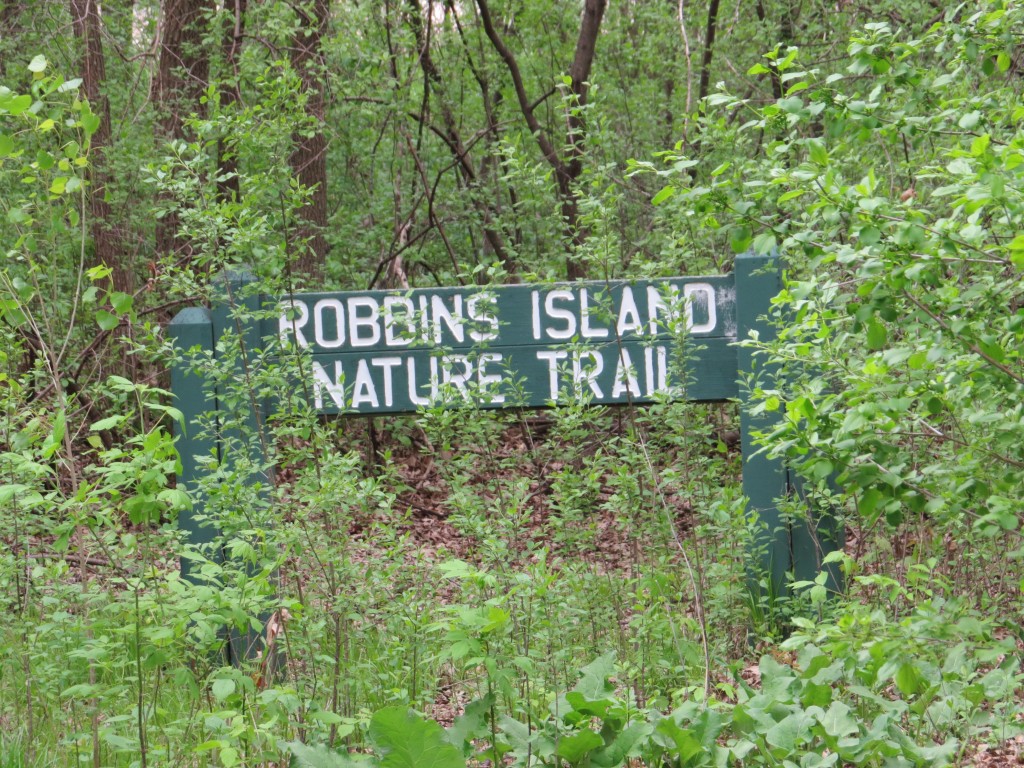 With the trees covered in leaves now, birding has become more challenging than it was a week ago.  The kids and I went down the trails slowly, and Melissa went off running. We saw plenty of birds, but most were high in the trees in bad light.  There were flycatchers all around.  We need to study their sounds so we can identify them correctly.  We still found some warblers.  Like a lot of birders, I really like this family of birds.  They are colorful gems in the woods.  I typically do not keep lists of species I see every time I go out, but I do like to count warbler species.  Today we found lots of Tennessee Warblers, several Yellow Warblers, a couple Blackpoll Warblers, and a few American Redstarts.  We heard the Ovenbird and Chestnut-sided Warbler.  The best warblers that we found, though, were a single Canada Warbler and a single Mourning Warbler.  Eight species of warblers gives me hope for still finding our target, the Black-throated Green Warbler.  Steve and Randy have each had this bird in their yard within the last day.

Birding wasn’t the only thing on the agenda today.  Of course we had to practice skipping rocks. 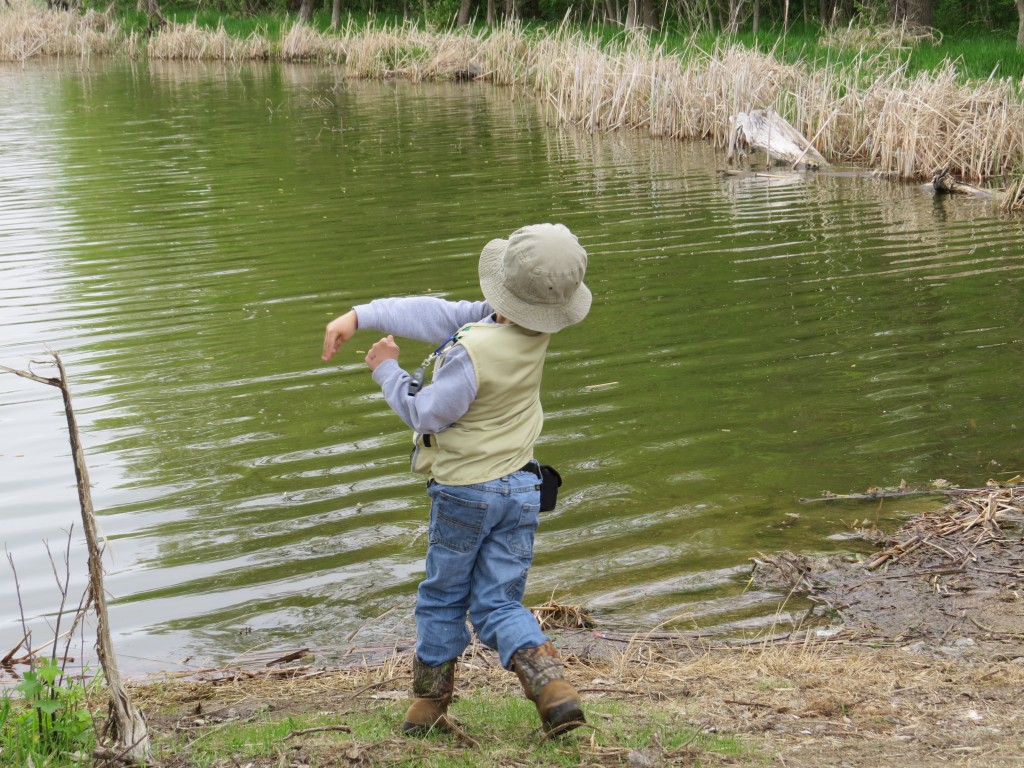 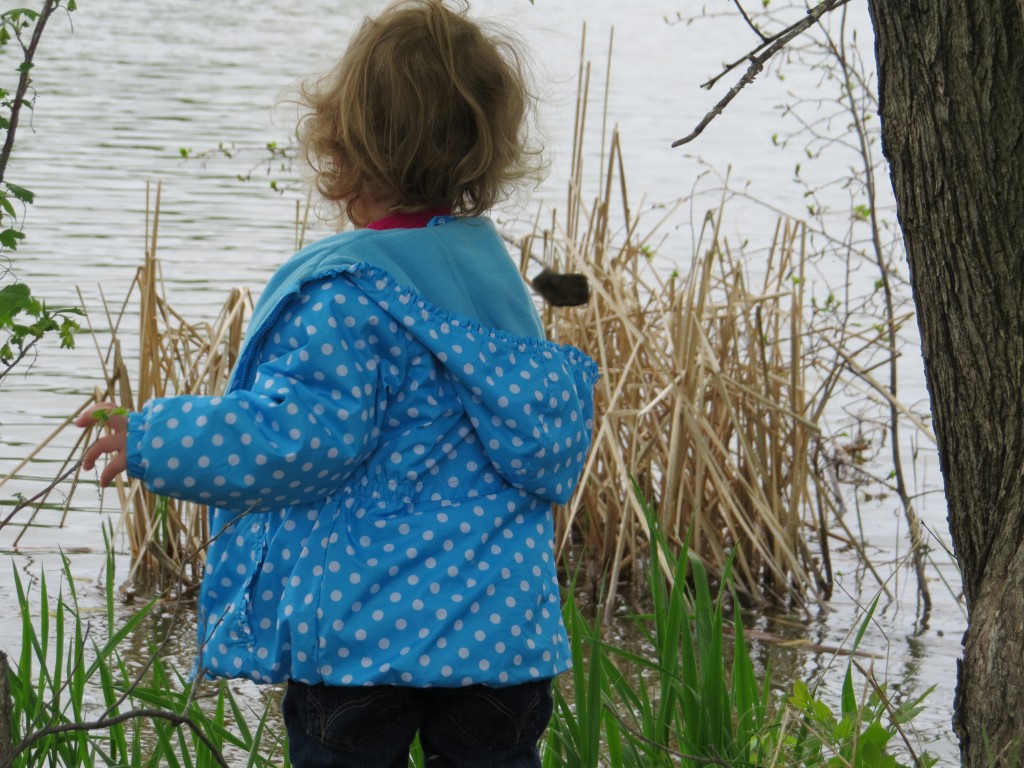 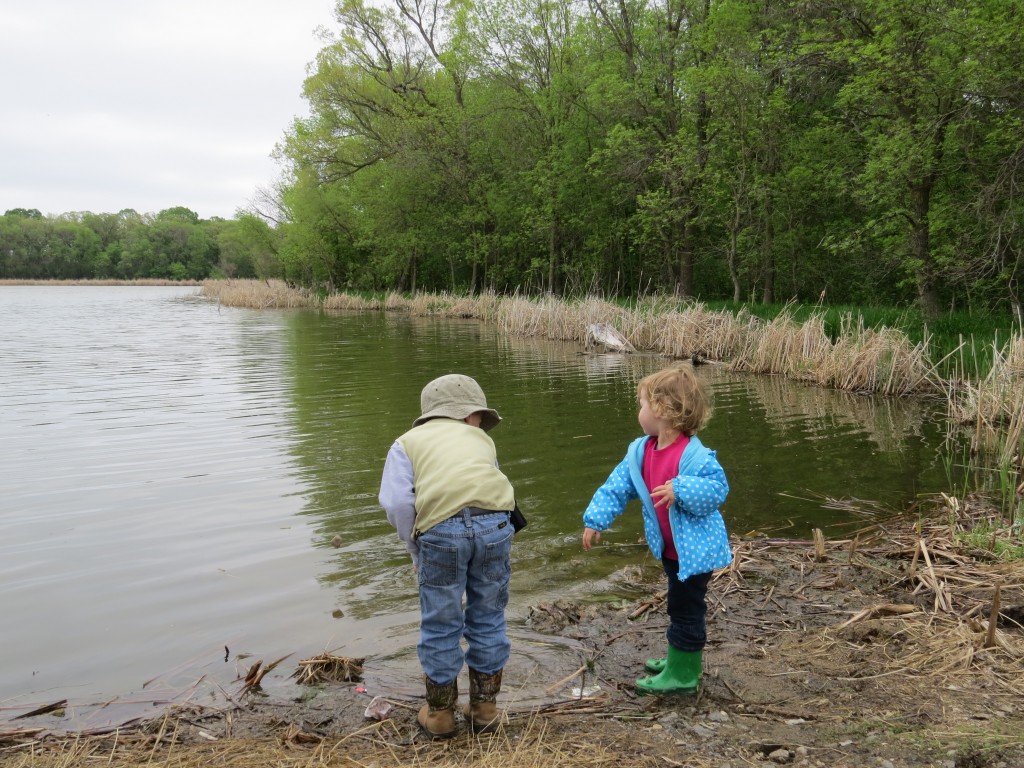 Evan finally had success with skipping a rock!  He was pretty proud. 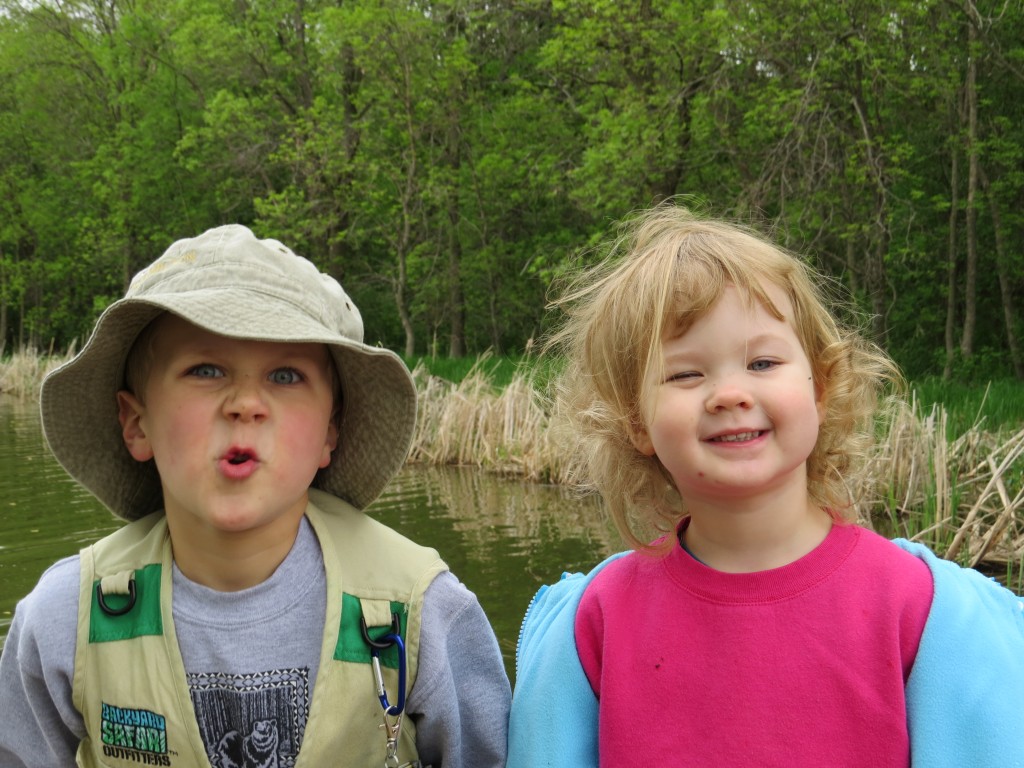 These guys had fun playing with rocks or garbage in Marin’s case.  While they played, I looked at all the swallows, warblers, and flycatchers along the water’s edge.  Birds weren’t the only things moving around today.  There were fishermen, frisbee-golfers, and hikers out in the park.  I would say runners, too, as Melissa was running, but she took a wrong turn in the woods and ended up out of the park running all the way around Foot Lake!  It was much farther than she intended to go.  It turns out that she was on her own birding adventure. There were several Canada Geese with goslings along the trail. When Melissa went by some of them, one put its head down, straightened out its neck and hissed at her!  That’s all the motivation she needed to run fast and get back to the park.  These geese around Foot Lake are nasty.  My friend Joe once had to ride his bike through a huge flock on this path (they refused to move) and ended up running over and killing one!  He was too afraid to go back into the mob of geese to check on it.

Once Melissa was out of harm’s way and had rejoined us, we made our way back to the van.  And then a huge new bird fluttered in the tree above.  It was our lifer, the Great Crested Flycatcher! 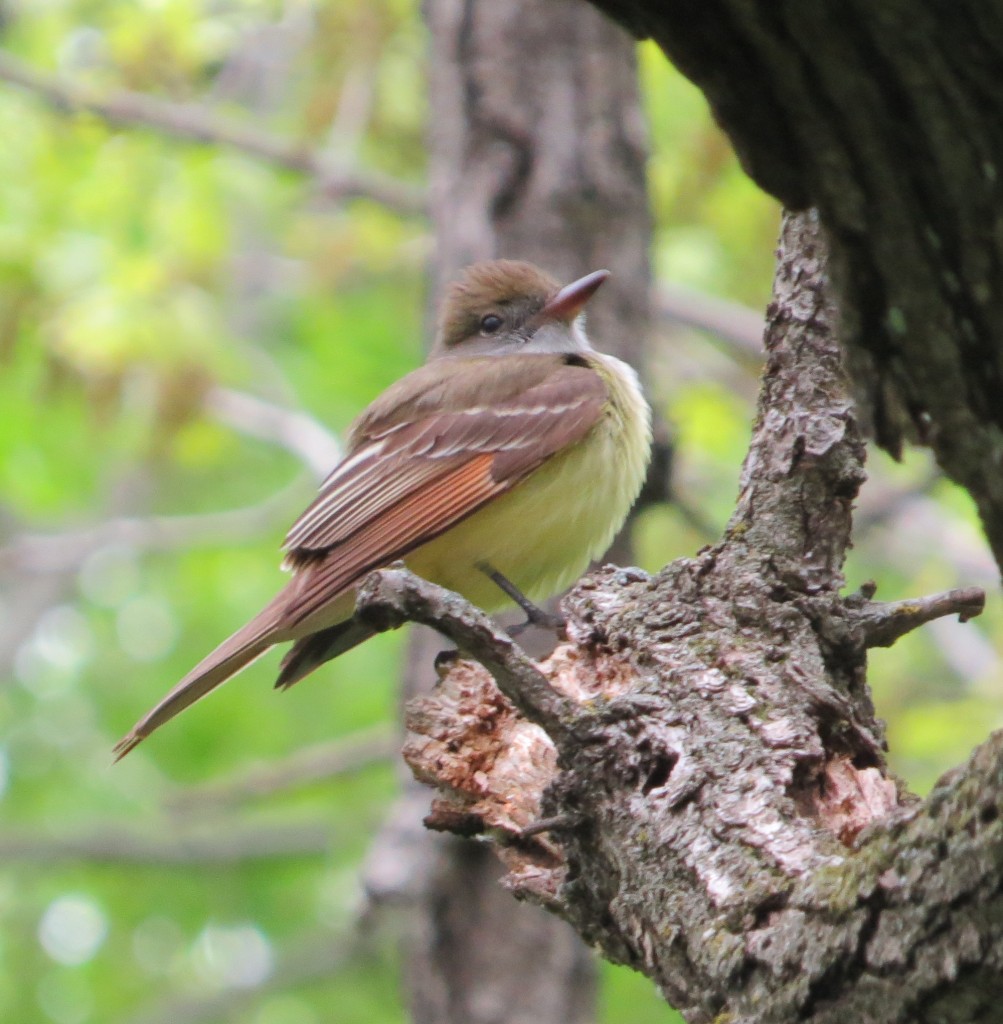 I couldn’t have asked for a more patient bird.  It would fly a couple feet away, pose, fly a couple more feet, pose, and so on.  Even so, I couldn’t get on it very well with the camera.  Melissa and Evan patiently kept pointing it out for me.  Although at one point Melissa told me I had to be faster with the camera.  At least Evan is fast at using the index to look up and read about his new bird. 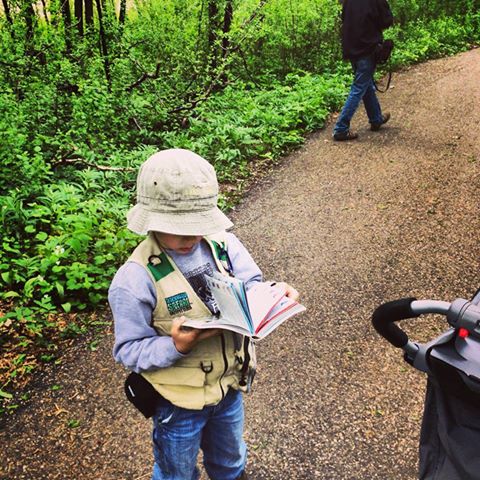 We’re hoping to get out and catch a few more migrants before they’ve all headed north. In the meantime, though, we are making plans to hunt down our summer targets.