As I monitor sightings and migration reports on MOU-Net, I know what birds we should be expecting.  Not only that, but identification becomes a whole lot easier since you know which birds you can eliminate as possibilities.  One species that we’ve been on the lookout for is the Yellow-rumped Warbler – a beautiful blue, gray, black, and white bird with some bright yellow patches, the most prominent of which is located on its posterior, hence the name.  This warbler, sometimes called a “butter butt”  is one of the first migrants, and as insect-eating birds, they don’t have much to eat in this winter weather.  They will come to suet feeders in these conditions, though.  Our suet has been gone for weeks, but learning this, we bought a new suet cake yesterday and some dried mealworms so we could accommodate any visiting Yellow-rumped Warblers.

I spent half my day in search of a different bird; I was turkey hunting and trying to get a big tom.  I saw seven turkeys, including one very large tom, but he had some lady-friends and wasn’t coming to my call.  Oh well, I can’t expect to bag a turkey on my first time ever trying.  On my way home a Common Loon caught my attention in the Crow River near Paynesville.  Now a loon is a sign of not just spring, but summer!  I turned around in a boat launch parking lot to go back and view it.  Many small birds scattered out of the way of my car, mostly Dark-eyed Juncos, but one different from the rest fluttered in front of the car and paused briefly – the Yellow-rumped Warbler!  I love warblers.  They helped ignite my fire for this hobby, so I was excited to see this new one.  I tried to get a picture, but he did not hold still.

I got to see plenty of bird action today on my hunting outing.  Here is a sure sign of spring I saw despite the weather – the Eastern Bluebird. 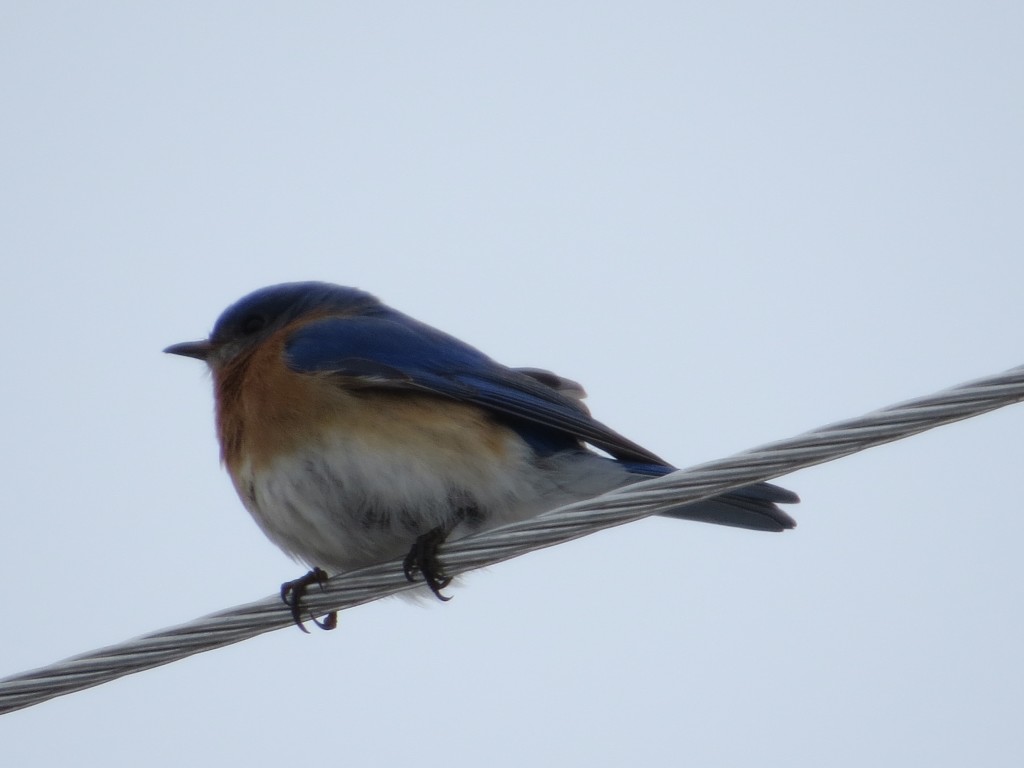 When I got home I did tell Evan about my life bird.  He was a little upset, but not too bad. I was able to talk him back into an agreeable mood.  I thought about just keeping it to myself, but then he would have thought it would have been a life bird for me too whenever we would be lucky to see one together.  I don’t want to be dishonest to him, and I also want him to realize that there will be times that we are each going to see different birds.  After all, Grandpa Rick got the Burrowing Owl last week in Arizona – lucky duck.

Speaking of luck, I was sitting on the couch cuddling with Marin tonight and watching the birds fight for the feeder during this new April blizzard.  And just like that a Yellow-rumped Warbler landed in the tree in front of the living room window!  I hurriedly moved Marin off my lap and hollered for Evan to get to the window to see the bird we’ve been waiting for. Little did I know that the entire Team ended up looking for it and that Melissa snapped this picture. 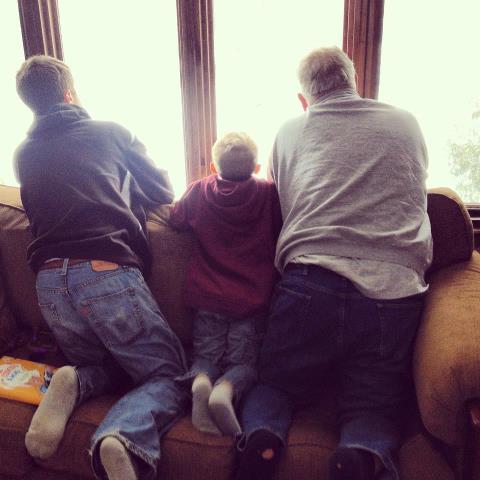 The warbler was here and gone before I could get a picture.  I’m sure there will be more chances.  You really should do a Google image search of this pretty bird as it is quite likely to end up in your yard.

We were excited.  Now we can’t wait for another expected yard visitor – the Ruby-crowned Kinglet.  Several days ago I believe we found it.  I am making the call that this is the Ruby-crowned, but I want a better picture to prove it! 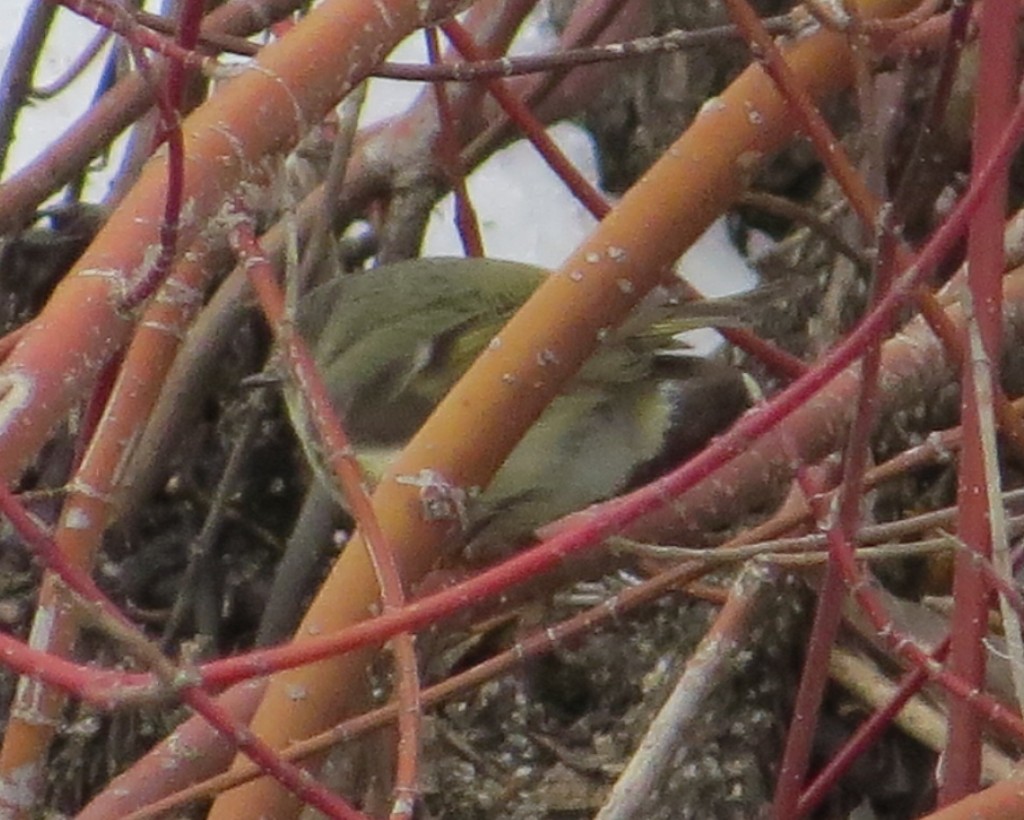