Melissa was supposed to take today off to watch Marin because our daycare provider is on vacation.  The recent blizzard upended that plan this morning.  My school ended up closing, and Melissa’s school was late, so we flip-flopped.  I stayed home to watch Marin, and Melissa went to work.

I dropped Melissa and Evan off at their schools, and then I wanted to stop by Foot Lake since the sun was out.  It turned out to be a beautiful day!  I was hoping to catch the Redheads in good light. Marin gets tired of “bird hunting,” so I wasn’t going to stay long.  However, she fell asleep in the car and was in need of a nap.  I decided to just watch the activity on the lake while she took a 1.5 hour nap.  Here is what I captured today: 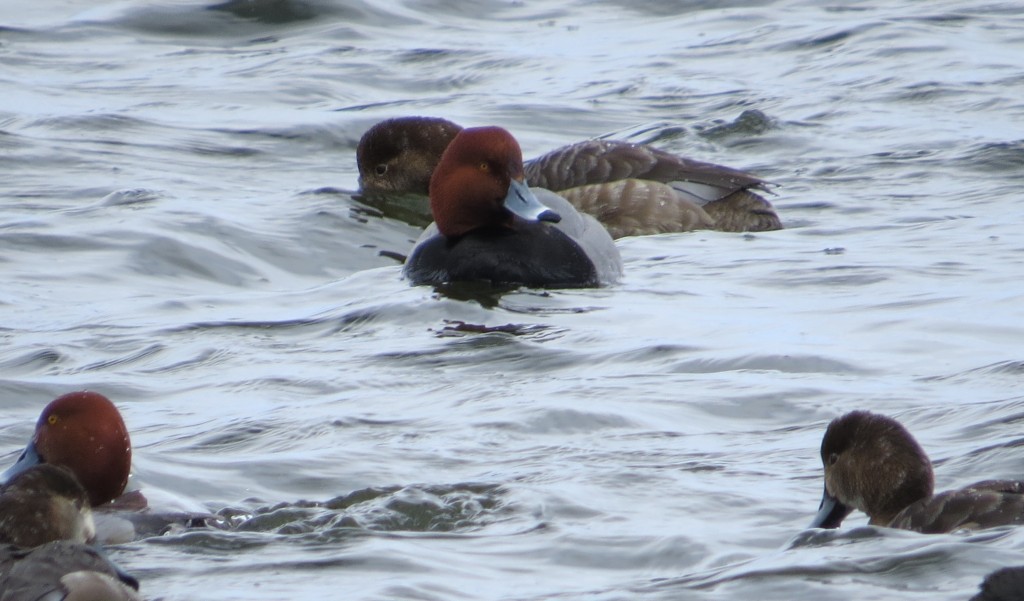 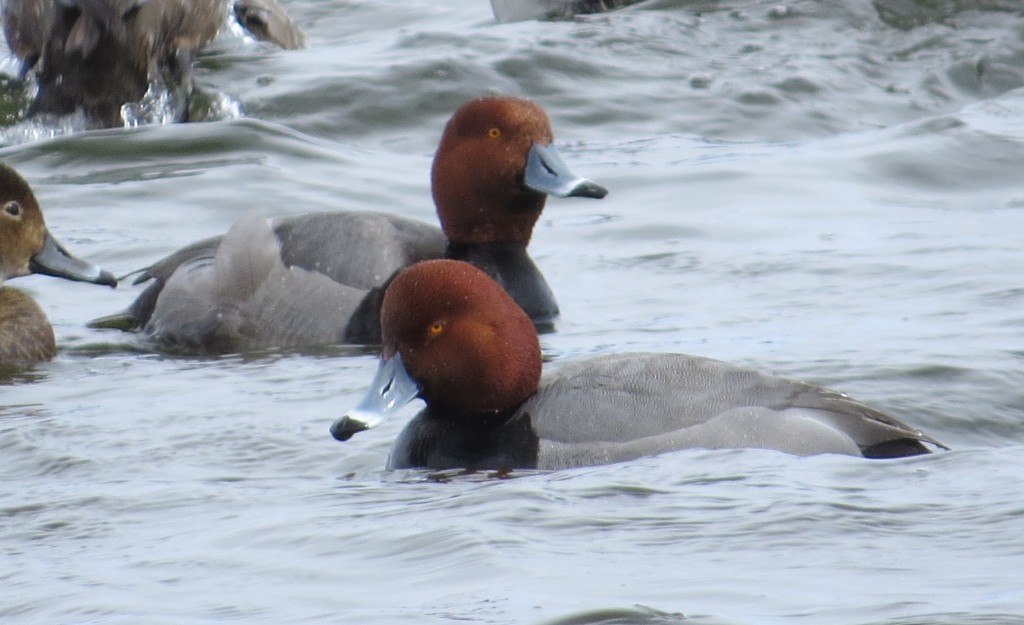 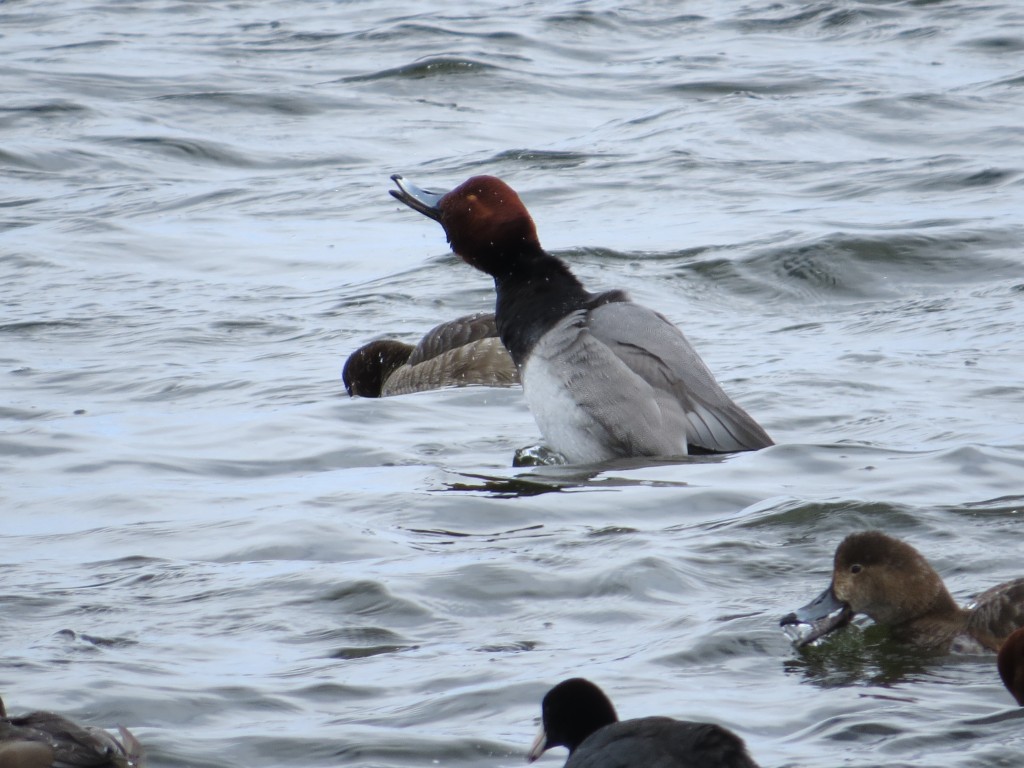 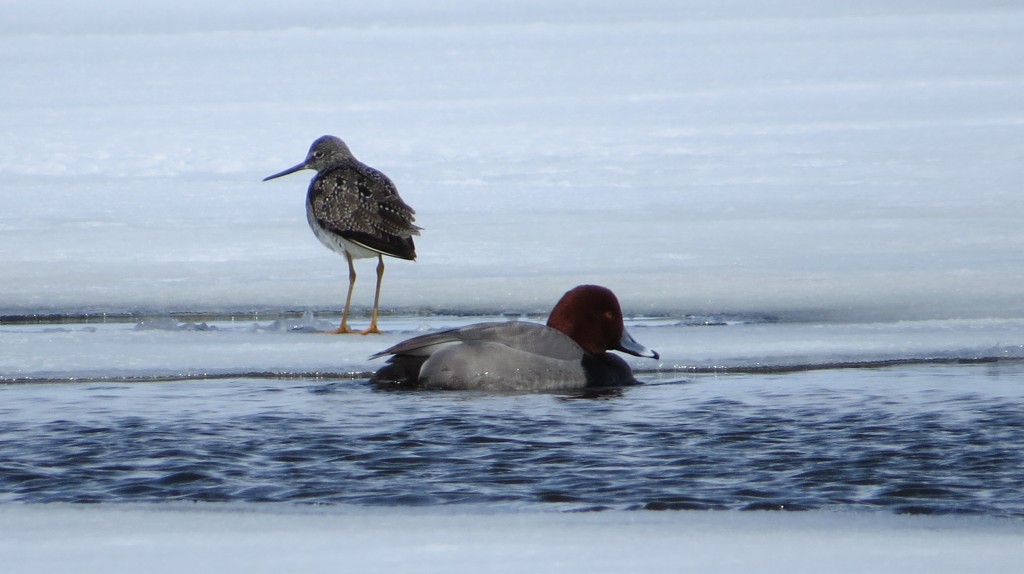 I spent most of my time photographing the Greater Scaup because it is so hard to find.  I captured a lot of the key field marks that distinguish it from the Lesser Scaup.  Here you can see the rounded head with a greenish tint.  The Lesser is more pointy toward the back and is tinted purple.  The Greater also has a brighter white look. 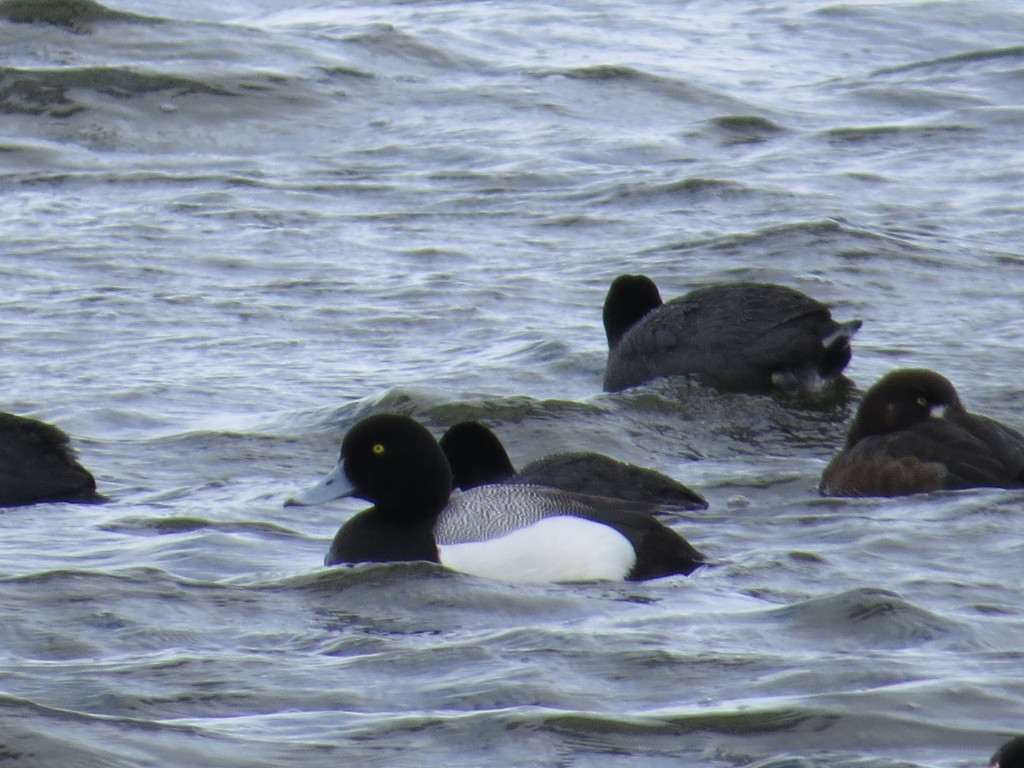 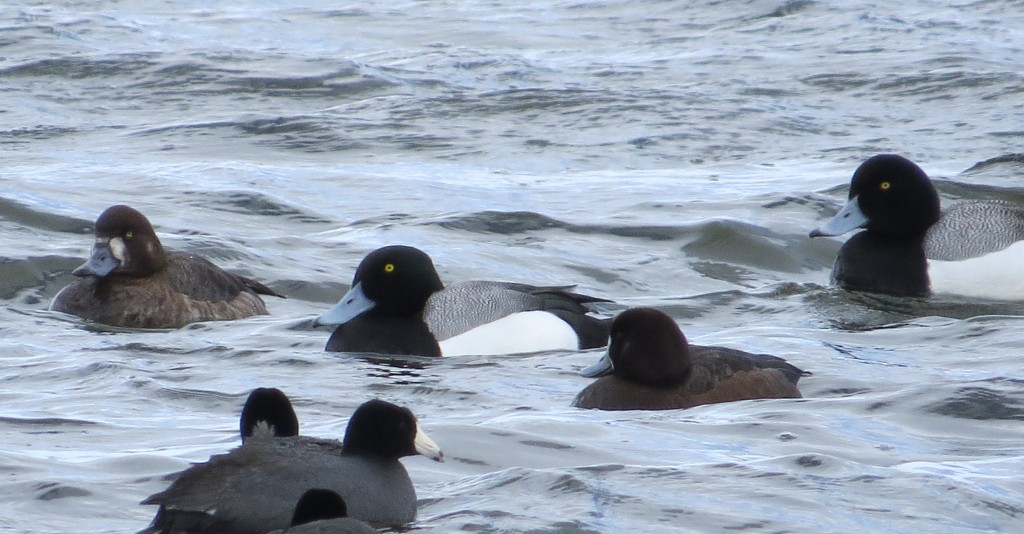 Seeing these brings back fond memories of spending time with my dad.  Each spring we would search the shores after ice-out for “bluebill” decoys that had broken free from their anchors the previous fall.  Lesser Scaup and Greater Scaup are commonly known as “bluebills” by duck hunters.  Do you see why?  Scaup hunters typically hunt in the windiest, nastiest weather and set out hundreds of decoys to attract the large rafts of these birds into range.  Therefore it is not uncommon for the decoys to break free.  We picked up dozens over the years.  Each was a treasure.  I got rid of many of these, but I still have a dozen.  No, I probably won’t hunt with them.  They are just a keepsake of some fun times with dad. 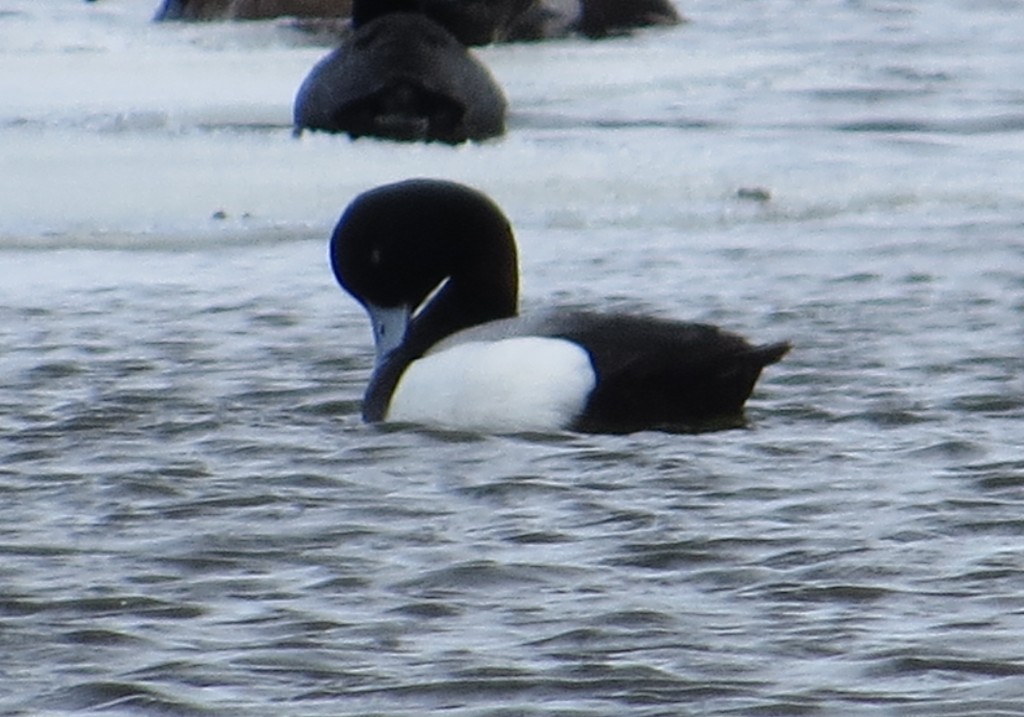 This next photo was my favorite of the Greater Scaup because it captured a “hidden” field mark – the extension of white on the wings.  The Lesser Scaup does not have this amount of white. 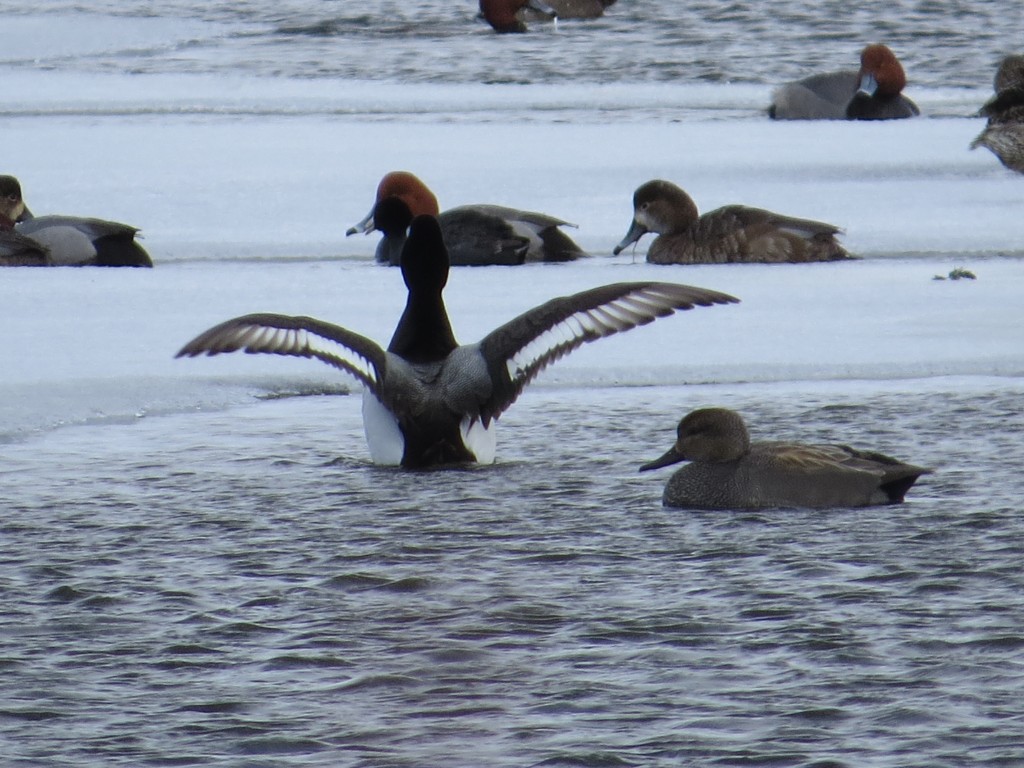 It was also nice to get a cleaner shot of one of the life birds from the other day – the Horned Grebe. 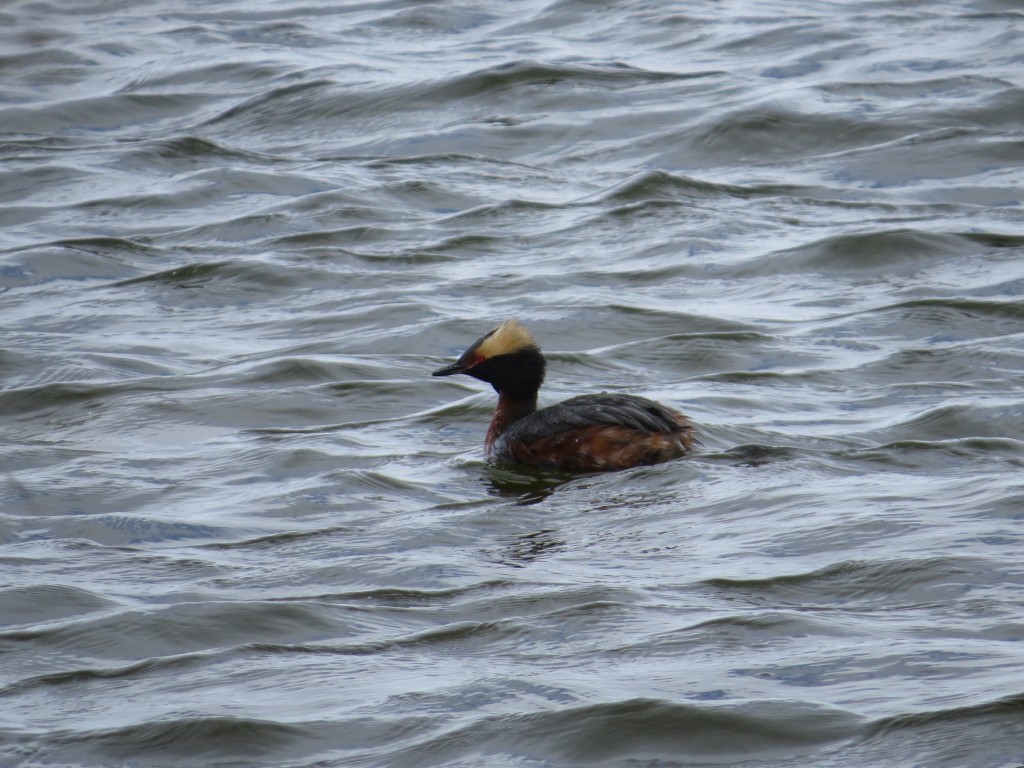 As I photographed birds, the female Northern Harrier was hunting the American Coots!  It didn’t have success, but it was fun to watch anyhow. 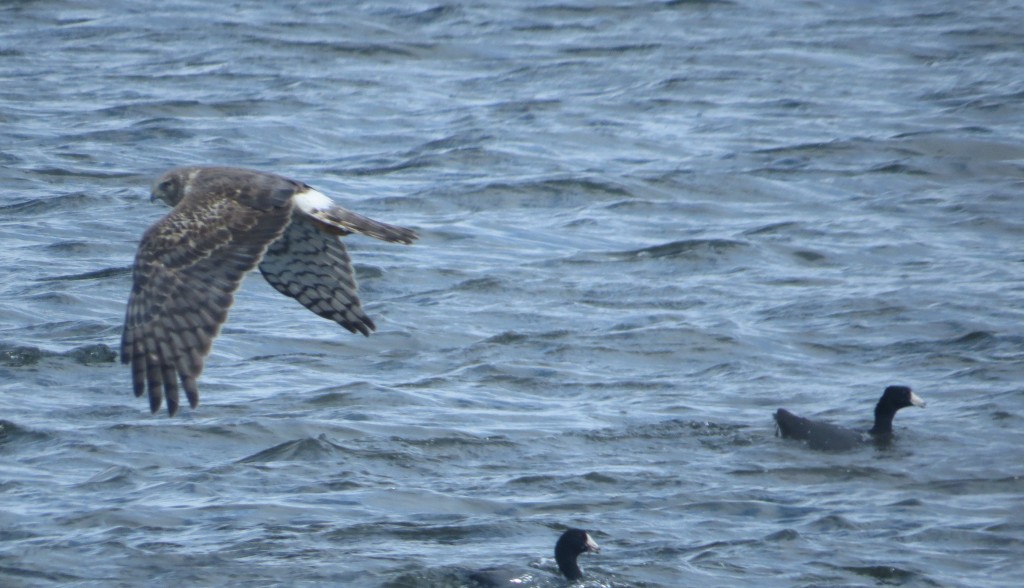 And, I can’t resist the Wood Ducks. 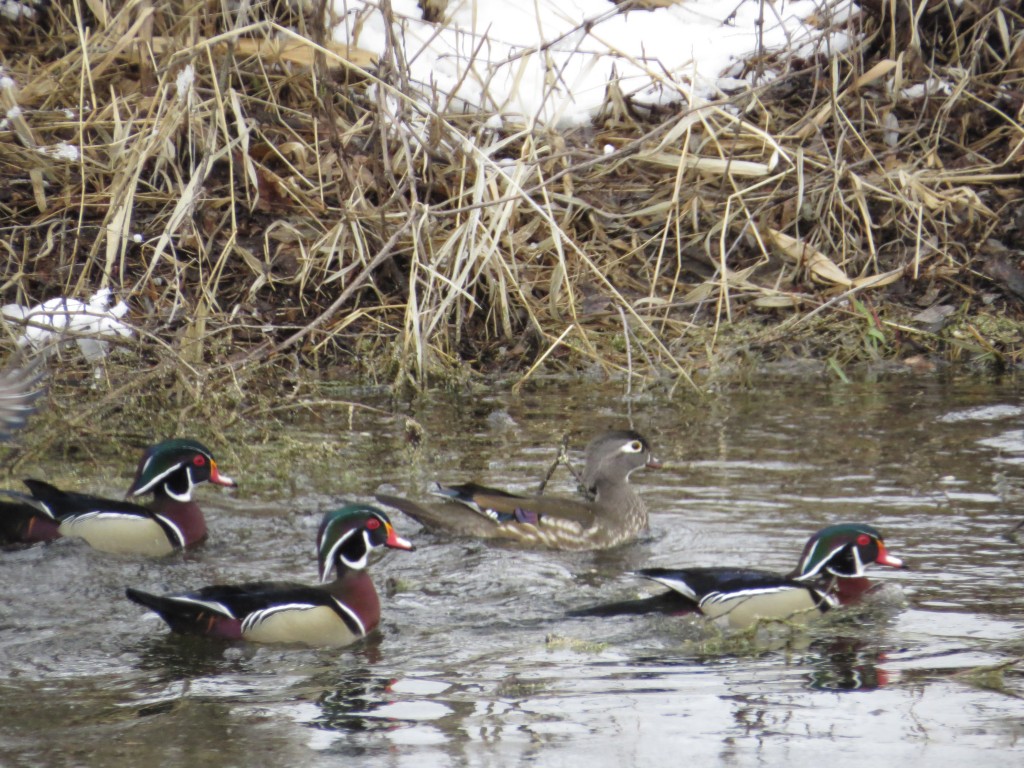 I picked up two life birds for myself today quite by accident.  Finding new birds without Evan isn’t any fun.  That feeling was only compounded when he was in tears that I told him I got a couple new ones.  So, I won’t say what they are.  One is located in these pictures.  I can’t wait for migration to get into full-swing so we can hunt the lifers together.