Yesterday evening we had our small group Bible study.  Melissa and I were driving separately as she had to get a haircut.  I had the kids, and we had about 20 minutes to kill. On our way to Willmar we stopped by the new patch – a flooded corn field where we picked up the Northern Pintail two days prior.  It was loaded tonight with hundreds of ducks and other birds.  Right away we noticed huge white birds.  American Pelicans already?  I glassed it and was pleased to see several Trumpeter Swans.  Trumpeters aren’t new, but they are a really fun bird.  It was also fun to see more Greater White Fronted Geese – birds that just pass through during migration.  They are quickly becoming one of my favorite finds after just learning about their existence a couple weeks ago. 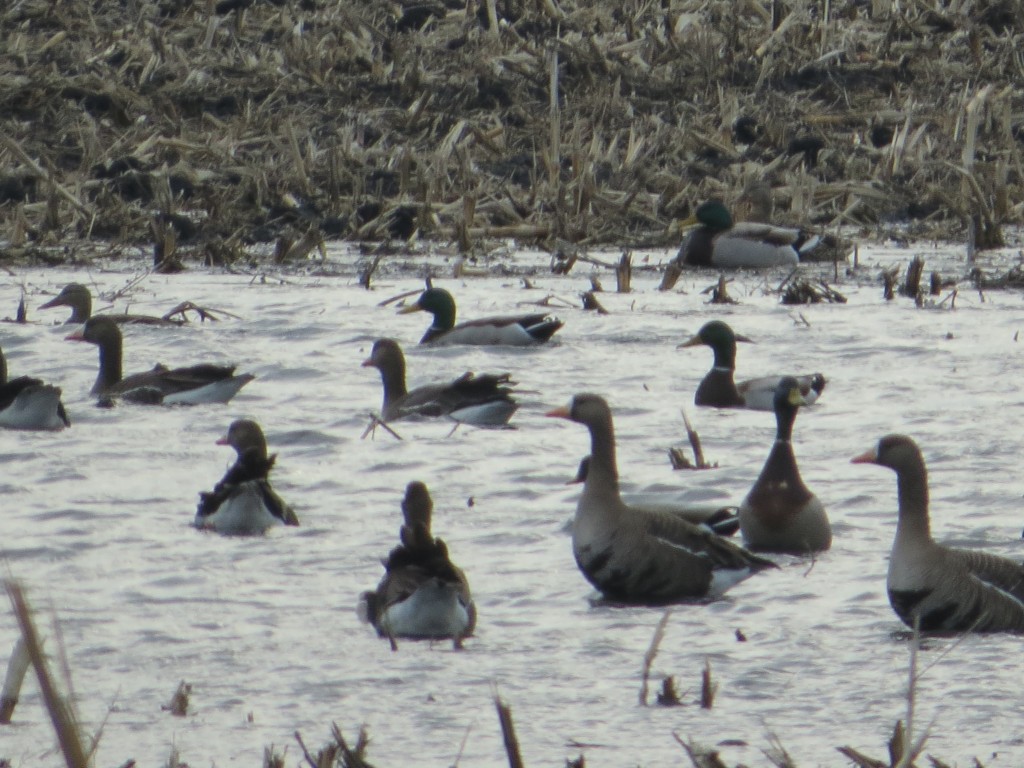 I snapped several pictures of the Trumpeters, but my camera battery died.  That was it for taking pictures.  I didn’t even get a chance to review my pictures on the spot.  It was just as well because we had to get to town, and the waterfowl all flew away anyway.

It wasn’t until late last night that I looked at my pictures of the swans.  I could not believe the first image I saw.  I did a fist pump and had to suppress my shout so as to not wake the sleeping children.  Do you see that yellow spot at the base of the bill on the swan to the right?  Look carefully, it’s the size of a dime. 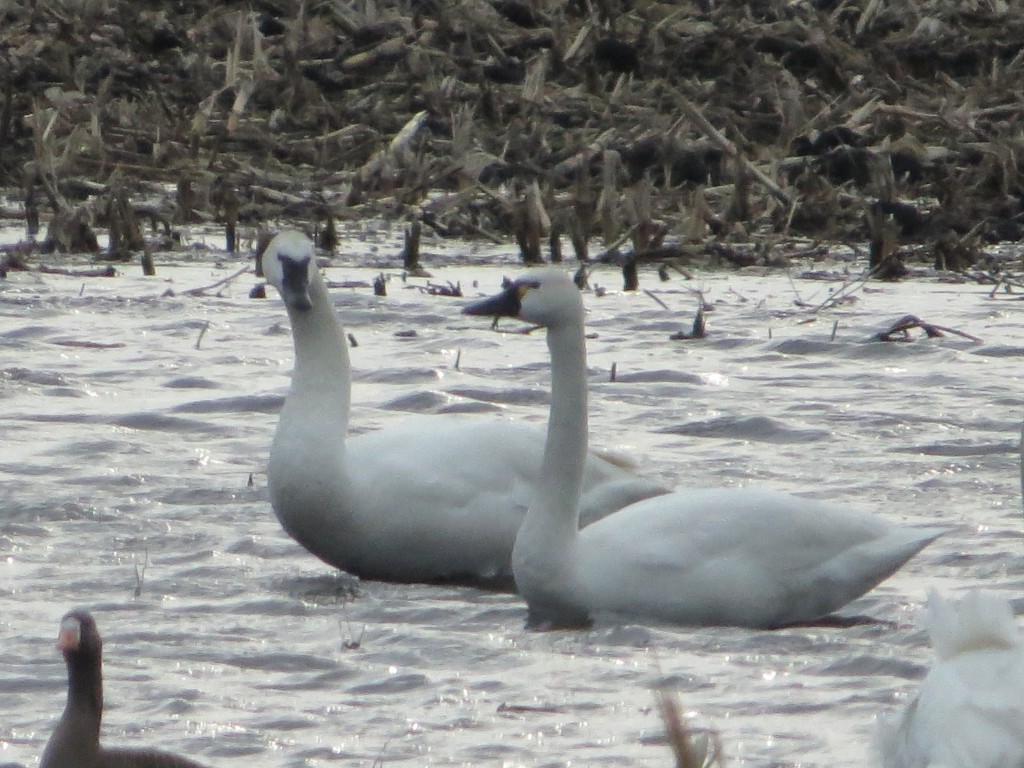 It was the Tundra Swan!!  I had overlooked that little detail when I was focused on taking pictures.  This swan only migrates through our area and looks nearly identical to the Trumpeter.  As far as I could tell from my pictures, there was only one Tundra.

I did not need to get keyed up like this just before going to bed.  I couldn’t wait to show Evan in the morning.  When he finally woke up this morning, I told him I had something to show him on the computer. “What is it, Dad?”

I didn’t say anything and just pointed to the picture above on the screen.  Without missing a beat, he immediately exclaimed, “The Tundra!”  This boy knows his birds.  How many other 6 year-olds know such a minute difference between two swan species?

My special plan for #99 and #100 had to be put off.  There was a strong chance of rain for the location we would have needed to go.  So, we have no idea what #100 will be.  I’m just hoping its something really cool like our last few birds and not what my friend Patrick calls an LBB – a little brown bird.