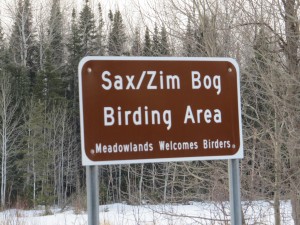 Evan and I are relatively new to the sport of birding.  As I’ve started this blog, I have gotten into online birding communities and started following other bird bloggers.  I started to pick up on a certain holy ground of birders nationwide – the Sax-Zim Bog in northern Minnesota.  This unique area attracts certain species of birds that are difficult, if not impossible, to find in other parts of the country.  This area is comprised of state, county, and private land and draws in hoards of birds and birders.  One of the big draws of the Bog are the visiting boreal species in the winter from the far north – the Boreal Owl, the Snowy Owl, the Northern Hawk Owl, the Great Gray Owl, and several other bird species.  Imagine my surprise when I find out that this Bog, mentioned in the movie The Big Year and featured in the New York Times, is only 45 minutes from my parents’ house.

Part of my online birding included monitoring the Minnesota Ornithologists’ Union’s rare bird alerts. It turns out that this winter was an irruption year for the Boreal Owl.  Lots of theses owls were popping up on the North Shore of Lake Superior and in the Bog.  They are rare and hard to find, but this year many got to add it to their life lists.  People flew in to Duluth from California, Florida, and Missouri just to see this owl.  One woman broke her 16 year curse of always just missing this owl and finally saw the bird.  We had to go.  With the musical over, we were finally in the clear for a family trip Up North.  The problem, however, was that the sightings of these owls had dropped off, and the owls were most likely already en route to the north.  People had still found some the previous weekend, so we were going to give it a try.

Friday happened to be Evan’s birthday.  Since I was done with work early that day, we decided to surprise Evan by picking him up early from school and taking him on a grand birding adventure.  He had no idea what we’d been scheming.  While his friends were learning math, he was halfway to Grandma’s house and a birder’s paradise.

When we travel home, we usually just want to get there.  It’s a long trip.  I learned that the Sax-Zim Bog is bordered by U.S. Highway 53, our main travel route north, so instead of 53, why not head north through the Bog?  I pulled off into the Bog at Independence and made my way north on St. Louis Co. Rd. 7.  As we cruised through this landscape of scrubby forests and swampy bogs, we were on full alert for these species.  Even Melissa put down her school work to help watch for any bird movement.

Five hours in a car is a long time for little kids – and big people, too – so as much as I wanted to take my time, we were birding at 65 MPH. We came by a lowland, marshy area and BAM!  There were Bald Eagles everywhere!  Fighting, eating, perching – it was crazy to say the least.  I screeched to halt on the shoulder and flew out of the car with the camera.  Melissa had anticipated such a move, so she had been carrying it uncased, lense cap removed and powered on.  I was snapping away at what I thought was a Rough-legged Hawk because I had heard they were in the Bog, but I later learned it was just an immature Bald Eagle. 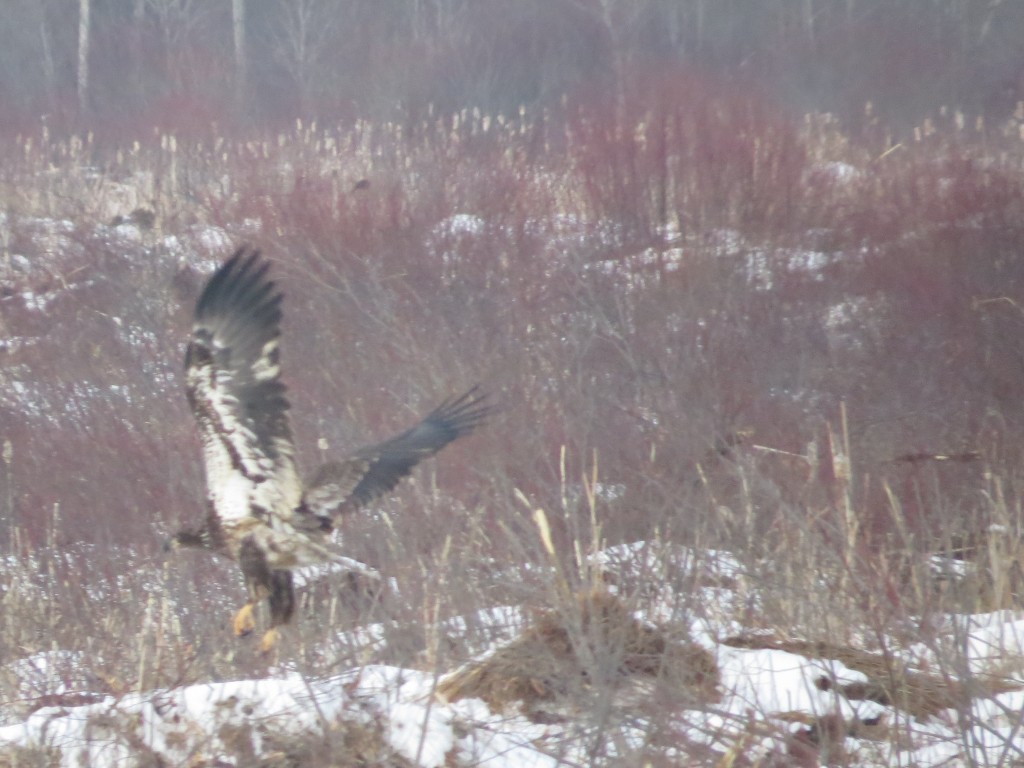 While I took pictures of the “hawk,” Melissa and Evan counted eagles.   They figured there were 10-12 different birds.  Most were mature adults, but there were a couple immatures with them.  Beside the amazing sights were the classic sounds of eagle chatter everywhere in the marsh.  My passengers never heard them because their windows were rolled up. 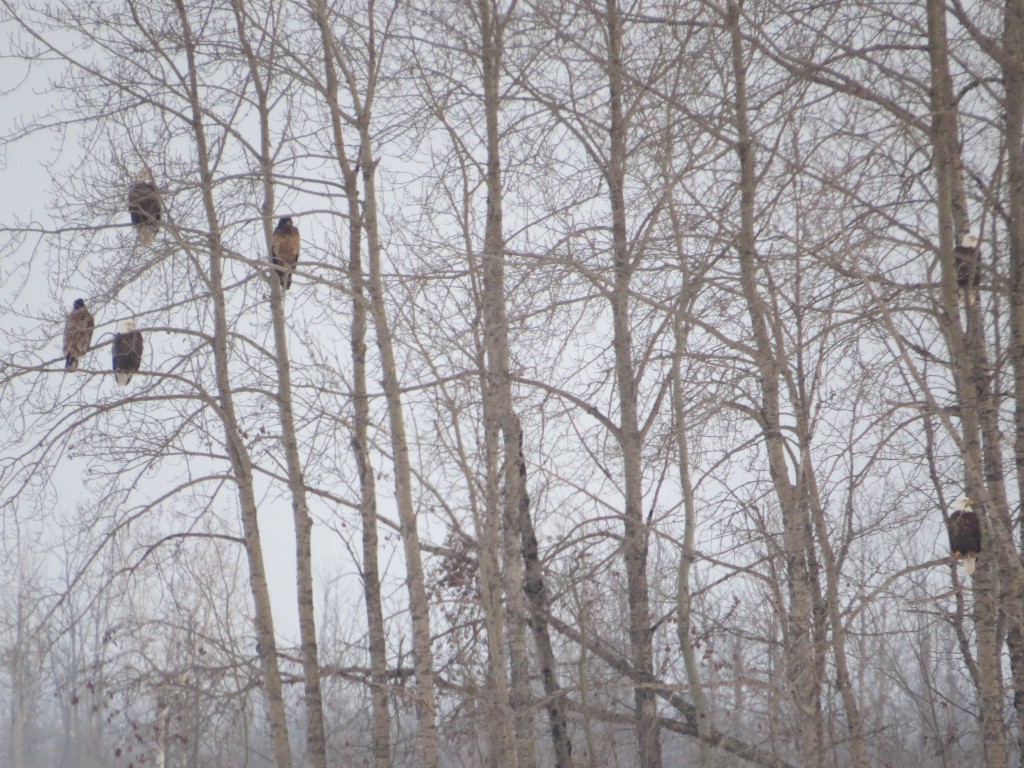 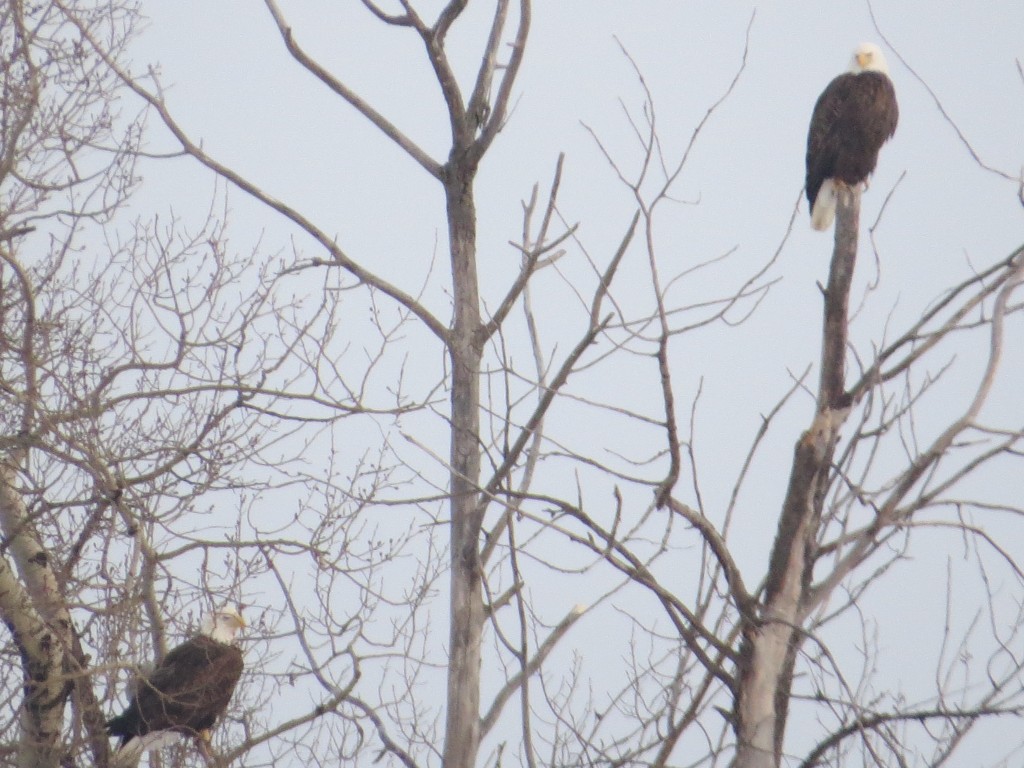 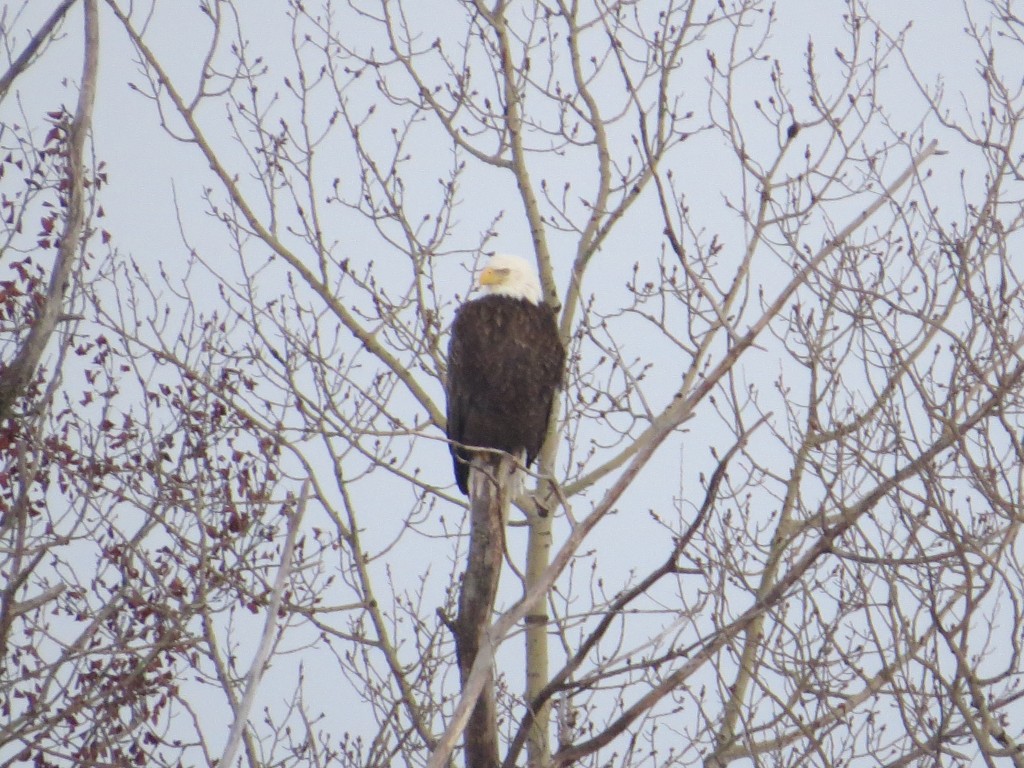 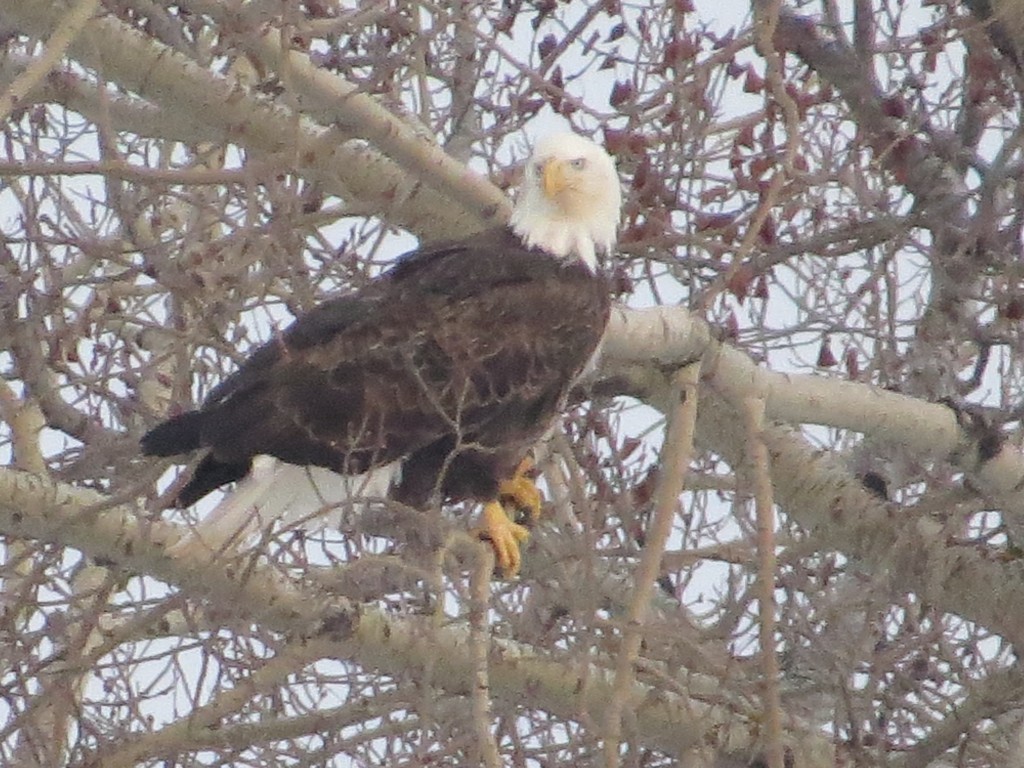 This was quite an introduction to the Bog.  With hearts racing and seat belts buckled, anticipation started to build for the next day of full birding in the Bog as we continued on our journey to Grandma’s.  But before our big day, we had a little birthday celebration for the chief birder.  Note the birding vest – I don’t think he took it off since he got it last weekend from his Aunt Sharon as a birthday gift. 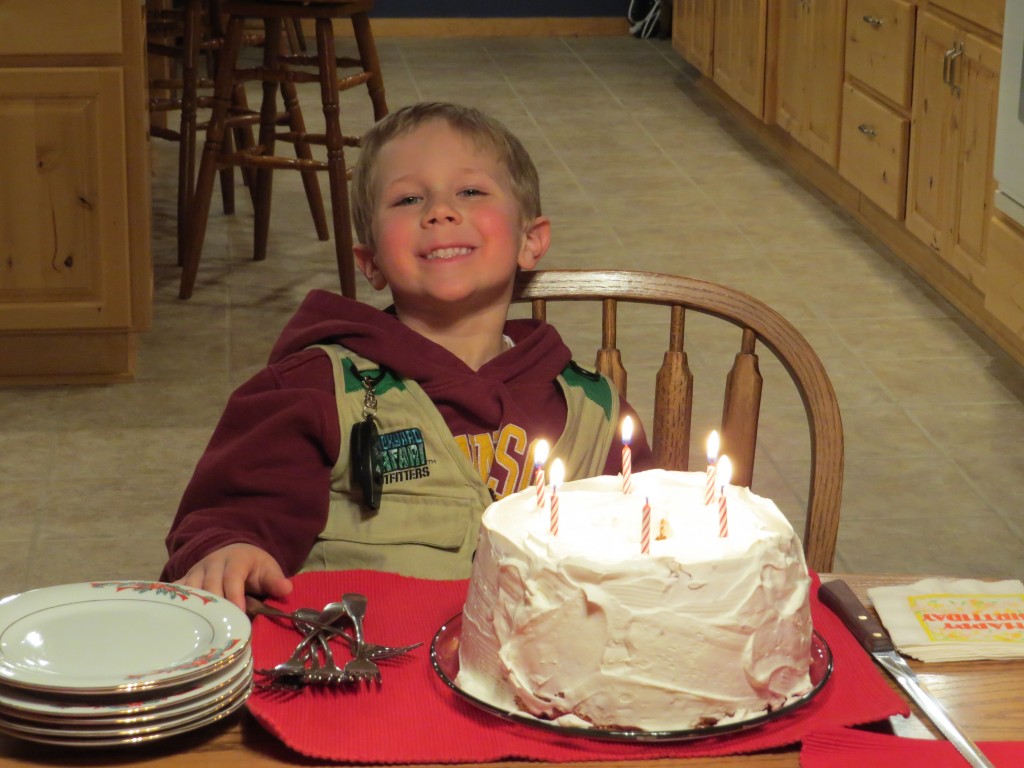